VBS arrests are great, but we need stronger signs SA is fixing its mess

As our people despair over rampant graft, amid Covid the need for leaders to act is more urgent than ever

‘It’s a cover-up’: Collins Khosa witnesses tell us what they saw

Booze and flight rules will kill us, say tourism players

Gambling and eating out will never be the same, but operators say flight and alcohol restrictions are the big problems

If companies can’t deliver online orders in a reasonable period, they should go offline for a while and grovel

Sweden, and other unhappy endings about Covid-19 ‘immunity’

Cindy September’s list exploded, became so overwhelming she had to take a break, but now she’s back

They welcome Ramaphosa’s focus on gender-based violence, but ask where the police and the men are

While government prepares for the peak of the pandemic, the country’s mental health is also at stake

No law will change hearts and minds. We must exert influence on the men and boys in our midst

SA must act now to crush the iceberg of inequality

To avoid a fate worse than the US, the country needs to learn from events there and develop its people’s dignity

They wrote it this week: A glamorous star is caught naked with a slop-pail

Listen and lead: empathy pays in the workplace

Corporates without empathy risk losing the next generation of talent, particularly the millennials and Gen Z-ers

Some hold that mental illnesses are brain diseases. Others say they’re social constructs. Are both sides right?

Fighting through a set of burpees, I remembered the saying: ‘That which doesn’t kill you, makes you stronger’

You’ll have to wait for it, but when Nissan’s new SUV lands it will inject power and style into your driving

Blast from the past: Boks take a flyer on future superstar

bridging the gender gap Several large Joburg churches held a protest and prayer event against GBV on the Nelson Mandela Bridge on Saturday. Bishop Gary Rivas, bishop of the Central Synod of the Methodist Church of Southern Africa, said a prayer and took to his knees along with other pastors and bishops.
Image: Alon Skuy

A 30-year-old rape suspect masquerading as a pastor, who allegedly lured his victims through social media, has been arrested, police said on Sunday. Police spokesperson Col Adéle Myburgh said the man befriended his first victim, a 27-year-old woman, through Facebook and they later started communicating on WhatsApp. The victim agreed to meet the suspect at a grocery store in Klerksdorp. “The suspect who pretended to be a pastor, met with the victim as agreed and ultimately took her to an open field behind the Technical High School. “The victim was eventually threatened with a knife, raped and robbed of her personal belongings,” Myburg said. A 29-year-woman had been raped in similar circumstances in Ventersdorp. The Klerksdorp Family Violence Child protection and Sexual Offences Unit arrested the man on June 19.  Police could not rule out the possibility of linking him to other cases.

Two children were shot and injured during a farm robbery in Limpopo, police said on Sunday. Brig Motlafela Mojapelo said a group of armed men stormed the Eersteling Boerdery and robbed farm workers of money and cellphones. “They proceeded to the main house where they also robbed the occupants of cellphones and money. The suspects then broke the window of one of the rooms where two children, aged eight and 12, were sleeping and allegedly started shooting randomly inside the room.” Both children were wounded and taken to hospital. In a separate farm attack along the N1 north of Polokwane on Friday, a 68-year-old woman was attacked with a knife and tied up. “The suspects ransacked the house and in the process, robbed the victim of a cellphone, plasma TV, gas bottle and stove. The victim managed to untie herself and notified community police forum members who then alerted the police.” No arrests had been made.

A 22-year-old woman has been arrested for allegedly murdering her boyfriend in Pretoria, police said on Sunday. “After not being able to reach the deceased on his phone, a relative on the night of June 18  went to check on him at his place of residence. It is reported that the relative found his brother's girlfriend, the suspect, at the residence while his relative's lifeless body was found under the bed, with injuries on the upper body,” police spokesperson Capt Kay Makhubele said. Police were called to the scene and arrested the woman after she failed to explain what had happened to her 36-year-old boyfriend. She is expected to appear in the Pretoria Magistrate’s Court on Monday.

‘Shadow of the Wind’ author dies

Carlos Ruiz Zafón, often referred to as the most-read Spanish author since Cervantes, has died of cancer at the age of 55. The writer of ‘The Shadow of the Wind’ and its sequels, whose books have been translated into more than 40 languages and sold 38 million copies, died on Friday at his home in Los Angeles. He was reported to have been suffering from colon cancer for two years. - Telegraph Media Group (2020)

French kissing is back, you’ll be relieved to hear

L’amour is in the air and on camera again as France has given its film stars the green light to kissing, provided they have been tested for coronavirus. ‘Non, the kiss is not dead,’ Franck Riester, the culture minister, said when asked if social distancing had put an end to the love scenes that are so crucial in French films. Film shoots resumed earlier this month in France, to the relief of actors and directors, but “they waited a bit before kissing”, Riester said. - Telegraph Media Group Limited (2020)

The guitar that grunge rock icon Kurt Cobain played during his legendary 1993 MTV Unplugged performance sold on Saturday for a record $6m. The retro acoustic-electric 1959 Martin D-18E that Cobain strummed for Nirvana’s career-defining performance in New York - just five months before his suicide at age 27 - sold after a bidding war to Peter Freedman, founder of RODE Microphones. At $6.01m after fees and commission, the instrument was the most expensive guitar ever sold at auction. - AFP 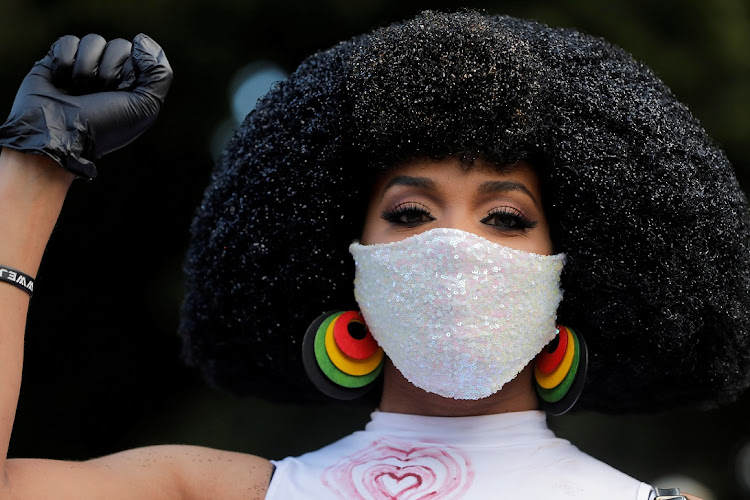 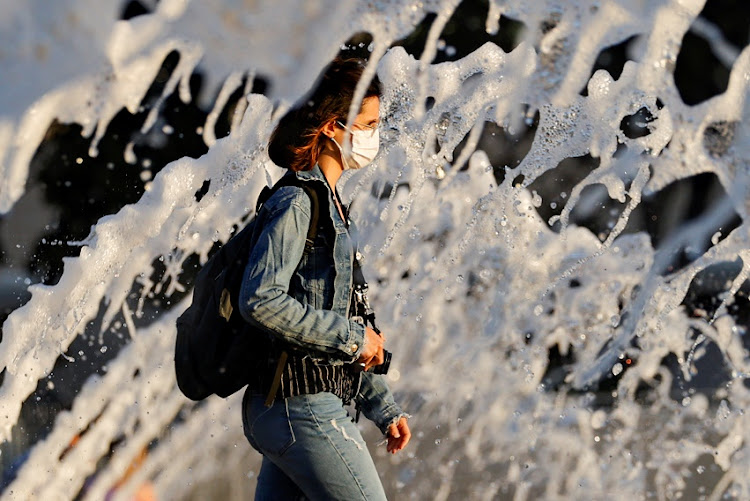 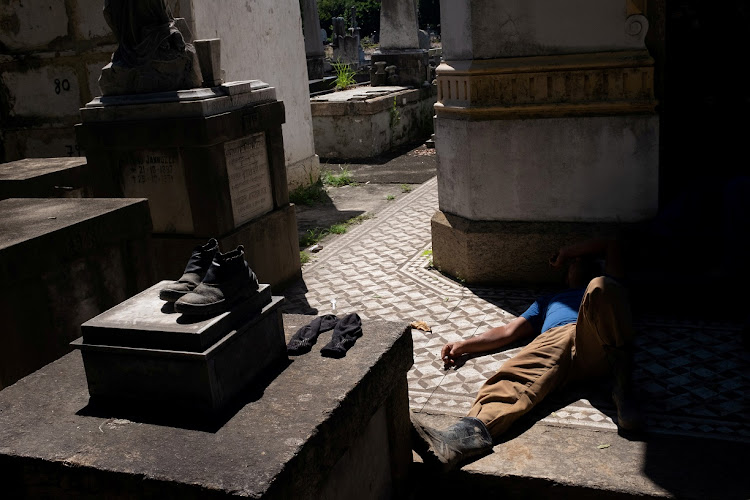 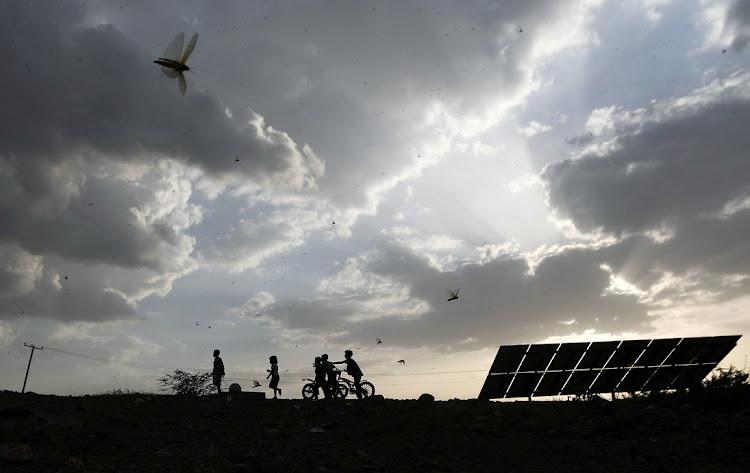 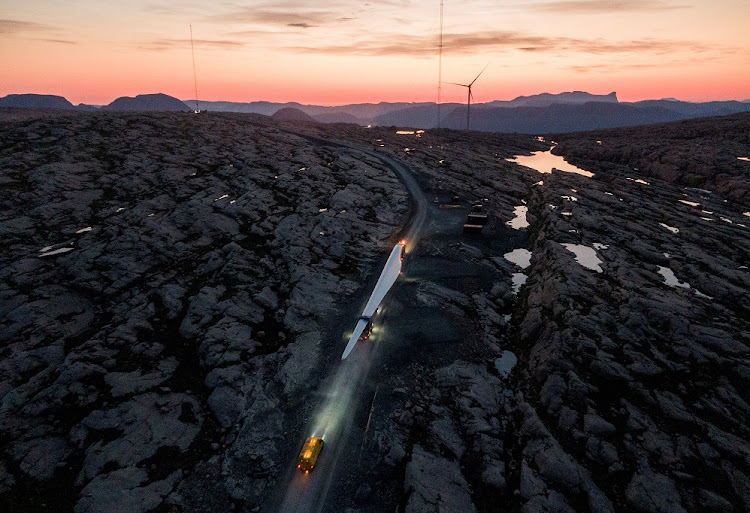