SA has done wonders fighting coronavirus, but it has only thrown money and excuses at its femicide crisis

These rapid tests will be crucial in mapping community spread, and that is highly valuable in SA

Ahead of the curve: Africa is beating the Covid-19 odds

But while the continent confounds modelling, the Africa CDC director urges countries not to drop their guard

From bed to worse: this is the mess SA is in as virus surge looms

The fight is bedevilled by PPE, bed and test problems, and meddling unions are making it worse, say officials

Smell a rat with that online sale? Here’s how to ensure you’re not conned

Beware! The demand for second-hand products online is uber-huge, as is the number of thieves

Their joy is her joy: why this young doctor is on the Covid-19 frontline

THERE WILL BE NO TIMES SELECT ON YOUTH DAY.

EDITORIAL | From the mouths of babes, indeed, but ...

They wrote it this week: Two drooping stars, one ...

Can you get Covid-19 once you’ve had it? We ask the experts

While we worry about  immunity and ‘immunity passports’, this is what those in the know have to say

Rings of fire: Audi to unleash a salvo of hot new RS models

Things are about to heat up for the brand, with a barrage of high-performers coming our way

Short and sharp will shunt you to shapely

It’s good for your skin, your sleep and your sex life

Blast from the past: Thais take a knock one night in Bangkok

our revolution needs you A demonstrator at a Black Lives Matter protest in London.
Image: John Sibley/Reuters

A man suspected of robbing people of their cellphones on Signal Hill in Cape Town has been arrested after police combed the rocky terrain. Two people reported they had been robbed of high-end cellphones by a knife-wielding man on Saturday, said police. When Cape Town Central police station officers responded “the suspect had already fled into the bushy area towards the side of Camps Bay”. The officers scoured the area on foot while tracking the stolen phones. “After almost two hours, the suspect was found hiding in a makeshift cave. The two cellphones and a knife were seized.” The 35-year-old man, from Khayelitsha, was arrested on charges of aggravated robbery and possession of a dangerous weapon. He will appear in court on Monday.

Oscars bow to pressure for ‘inclusion’

The Oscars will feature 10 nominees for best picture each year and introduce new eligibility requirements in an attempt to promote “inclusion”. Until now the rules had allowed for the number of films shortlisted in a category to fluctuate each year. A task force has been created to develop the new standards for representation and inclusion by July 31. In addition to the films themselves, changes will be made to the organisation's governance in order to give it more diverse representation. - Telegraph Media Group Limited (2020)

Patients being turned away at the casualty unit, rubbish piling up in the passages and staff on a go-slow. This was the situation at Livingstone Hospital in Port Elizabeth on Friday as tensions lasting several weeks between unions and hospital management over the non-payment of overtime to non-clinical staff boiled over. A nurse who asked not to be named told the Weekend Post that nursing staff had now resorted to cleaning, washing dishes and serving up for patients on their own. “We have no clean linen, patients are sleeping on bare mattresses … the patients are also chipping in and are assisting in cleaning the ward themselves. Now tell me, how are patients meant to heal and get better when the conditions don’t encourage healing?” the nurse asked. She added that on Thursday kitchen staff had prepared food but had not dished up or alerted the nurses when they had finished cooking.

An archaeologist who stunned the world with his “finds” that had the potential to rewrite history has been jailed for falsifying artefacts. Eliseo Gil was found guilty of fraud after doctoring 36 out of 400 items unearthed at a Roman settlement in Spain in 2006. He made a name for himself after supposedly finding a connection between early Christianity, Ancient Egyptian and northern Spanish cultures. One of his third century “discoveries” depicted the earliest image of Christ’s crucifixion. However, Gil was sentenced to over two years in prison after a judge sided with fellow archaeologists who argued that the engravings touted as “the finds of the century” were nothing more than a hoax. - Telegraph Media Group Limited (2020)

A bloody trail of footprints matching the shoes worn by their granddaughter was found at the scene of the double murder of an elderly couple in the Eastern Cape’s Mswakazi locality in Lusikisiki, on Friday. The 91-year-old man and 85-year-old woman were staying at their homestead with their 22-year-old granddaughter from their adoptive deceased daughter, said Col Sibongile Soci. “A neighbour was alarmed when she didn’t see the elderly couple outside and decided to visit their home.” She found them inside the bedroom with upper body stab wounds.” Their granddaughter’s body was found hanging any a rope from a tree. The bloody shoe prints matched takkies the young woman was wearing. An inquest and two counts of murder have been registered by police.

Google has vowed to explore why the picture of Winston Churchill disappeared from a top search results list of former UK prime ministers, during controversy over his record on racism. The search giant said the photo’s removal from its horizontal list atop search results for former UK prime ministers was due to an automatic update and “not purposeful”, but apologised “for any concern”. Churchill has become engulfed in controversy after a Black Lives Matter protest in central London last weekend led to his statue being defaced with the word “racist”. - AFP 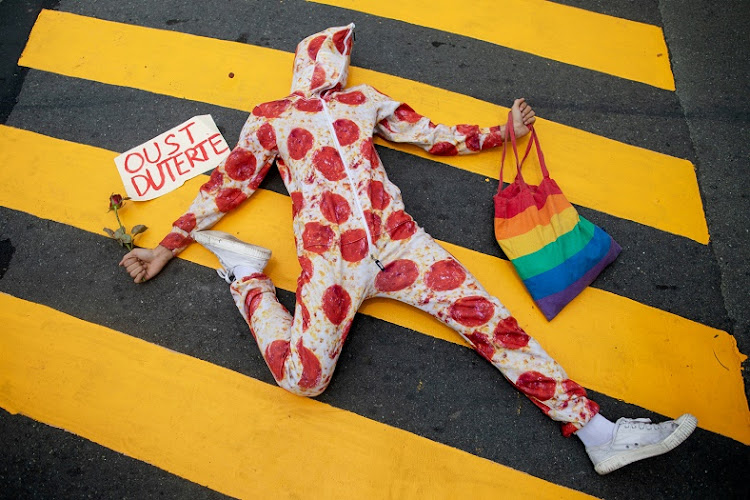 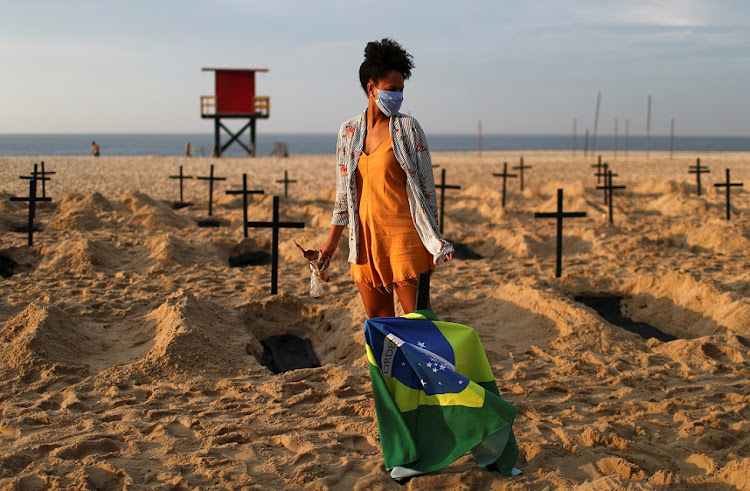 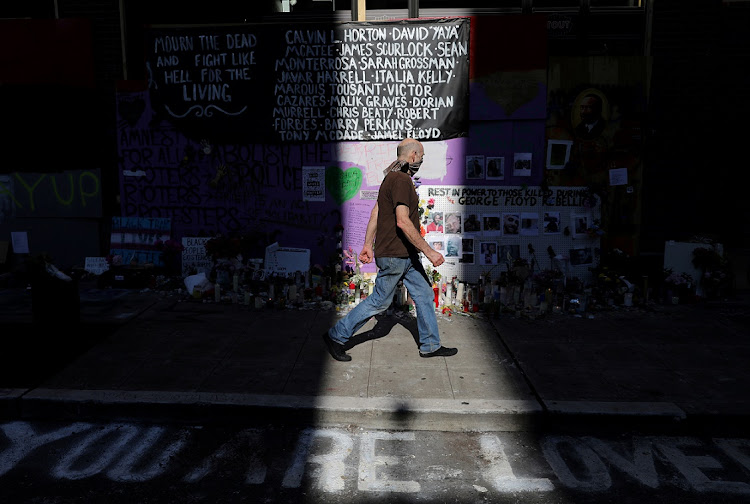 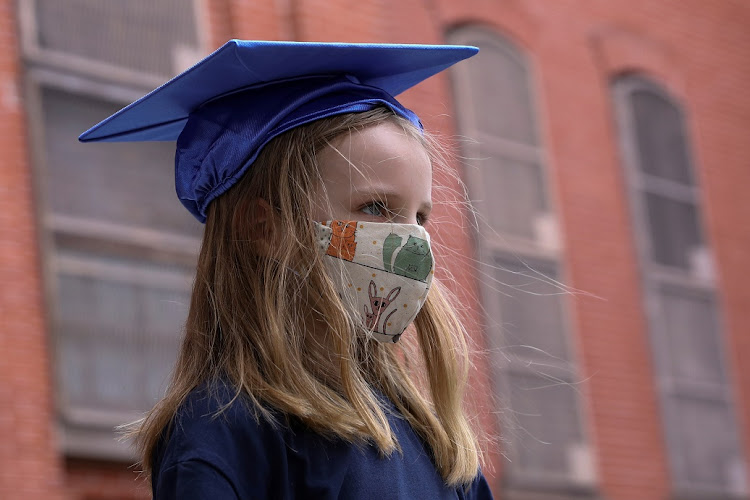 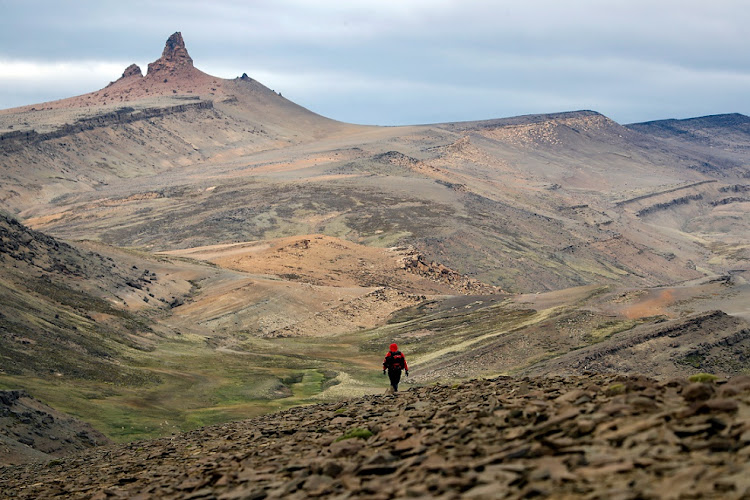 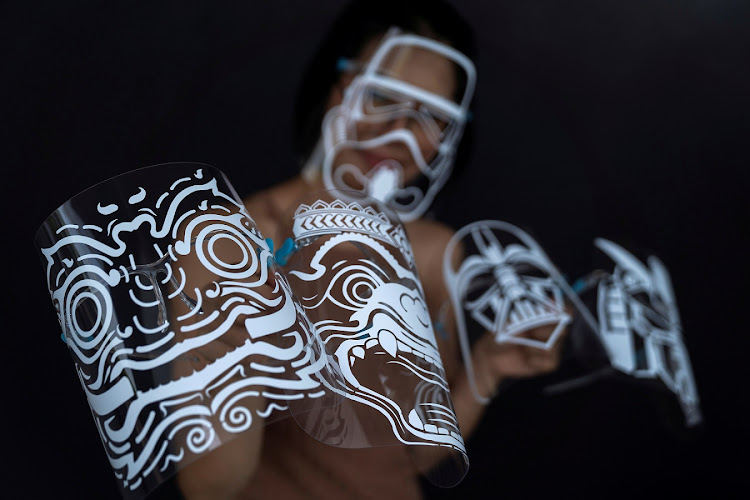