Black lives are at stake here. We can’t afford any mistakes

Dear white people, all you ever do is talk – now shut up

OPINION | You speak out about racism from within the warm fuzzy blanket of whiteness, disconnected from our plight

ALL THE DRAMA AS PUPILS START RETURNING

Save the Covid sermons for Sunday school, teachers told

Racism claims swirl as private school and landlord face off

Vine College fell behind with its rent, so its landlord welded the gates. Now he is threatening to evict the school

Parents, here’s yet another thing for you to worry about

Naptosa says it is unfair to expect parents to sign Covid-19 ‘indemnity’ forms, but experts don’t see a problem

Report reveals 3,197 schools haven’t received their PPE, while hundreds are still without water

LESSONS FOR SA FROM OTHER NATIONS

Border curbs remain, but it’s pretty much back to normal life for Kiwis as all restrictions are to be lifted

EDITORIAL | Don’t get too drunk on freedom, SA, or Covid will win

The coronavirus, if it were human, would be laughing itself silly

Scarred and scared: post-Covid consumers not ...

Worldwide, spending is down, which could force governments to hasten easing of lockdowns, cut interest rates

Democrats want to crack down on cops. Now’s just ...

Overly sensitive? It could be in your genes

Forget the bone, Lauren Beukes’s novel will chill you to the marrow

Here’s to a new SA where old ideas on art are going, going, gone

The KZN education department has called for an independent investigation into allegations of racism at Durban’s oldest and most elite girls' private school, Durban Girls' College (DGC). MEC Kwazi Mshengu made the call at a meeting with the school's managers and directors on Monday. A social media storm erupted last week when the allegations surfaced. At the time more than 5,000 people had signed an online petition started by old girl Thabisa Mangisa titled “Hold DGC accountable for racism”. Several people shared their own alleged experiences of racism on a video posted on Instagram. Mshengu said the petition was also signed “by some girls who are currently pupils at this school citing incidents of racism”. Some board members had been incorporated into a task team “to look into how best the school can handle these matters” in future. The school's executive head, Marianne Bailey, said: "This is not an easy matter. It's not something any school would like to deal with."

DA in court bid to save beauty industry jobs

The DA has taken the government to court over the continued lockdown of hairdressers and other personal-care service providers. DA MP Dean Macpherson filed urgent papers in the Western Cape High Court on Monday to have the ban and “criminalisation of personal care” services, which includes hairdressers, declared invalid and unconstitutional. This comes after the party gave co-operative governance and traditional affairs minister Nkosazana Dlamini-Zuma until last Wednesday to provide the reasons and rationale for the ban. “The DA therefore has been left with no choice but to take this legal step to save the livelihoods of hundreds of thousands of people.” He claimed the indefinite ban violated section 22 of the Constitution, which allows citizens the right to practise their trade, occupation or profession freely, which may be regulated by law.

An intense cold front accompanied by heavy rain and snow is forecast to hit the country early on Wednesday. The front, with an associated cut-off low, will make landfall over the western parts of the Northern and Western Cape, the SA Weather Service warned on Monday. Strong to gale-force winds (55-75km/h) and gusting winds (65k-85km/h) were expected over the Hantam and Karoo Hoogland municipalities on Wednesday. High seas, with waves of 6m-7m, are expected between Cape Columbine and Cape Agulhas on Wednesday morning, spreading to Plettenberg Bay overnight into Thursday. Flooding was expected over the Cape Winelands, Cape Metropole, western parts of the Overberg, eastern parts of Cederberg and Bergrivier municipalities on Wednesday and Thursday.

British politicians have condemned the destruction of a statue to a leading slave trader during an anti-racism protest, but a leading heritage body said there was no need to reinstate it. Demonstrators pulled down the bronze of Edward Colston in Bristol and threw it into the harbour on Sunday, during a protest against the death of George Floyd in the US. Historic England, a government heritage body, said local residents must now decide what to do with the statue but "we do not believe it must be reinstated. We recognise that the statue was a symbol of injustice and a source of great pain for many people.” Statues of figures from Britain's imperialist past have in recent years become the subject of controversies between those who argue that such monuments merely reflect history and those who say they glorify racism. - AFP, Reuters

Will an African take the WTO helm?

The World Trade Organisation has kicked off the process for selecting a new director-general, after its current chief, Roberto Azevedo, decided to leave a year early. With Brazilian Azevedo set to leave on August 31, the WTO opened a one-month window for would-be successors to put forward candidacies. Mainly African and European names are currently circulating in the media as likely candidates, and several African names appear likely to be in the running, including former Egyptian diplomat Hamid Mamdou, who worked with the WTO for years. Nigeria has backed Ngozi Okondha-Iweala, who has served as minister of foreign affairs and of finance and is currently board chair of GAVI, the Vaccine Alliance. Eloi Laourou, Benin's ambassador to the UN in Geneva, has also been mentioned. The African Union has said it wishes to nominate an African candidate, but it is unclear if it will manage to do so before the July 8 deadline. - AFP

Canada's top health officer has expressed concern over higher consumption of alcohol and junk food during the coronavirus epidemic, suggesting this could be a sign of worsening mental health. While Canada's 10 provinces are all gradually reopening their economies and relaxing restrictions on social gatherings, unemployment has soared to record levels amid widespread shutdowns, and market analysts say it could take years for the economy to recover. "I am concerned about Canadians' mental health ... more Canadians have increased their consumption of alcohol and junk food or sweets since the beginning of the pandemic," chief public health officer Theresa Tam said. Almost 20% of respondents in the Statistics Canada survey reported symptoms consistent with moderate or severe anxiety. Statscan said factory sales of beverages and tobacco rose by 6.7% in March from February on higher demand for beer, wine and soft drinks. - Reuters

South Africans have been unable to buy cigarettes since March 26. The restaurant business has been severely affected by the lockdown and some of those in the industry who are now jobless have resorted to trading illicit cigarettes as a means of survival. 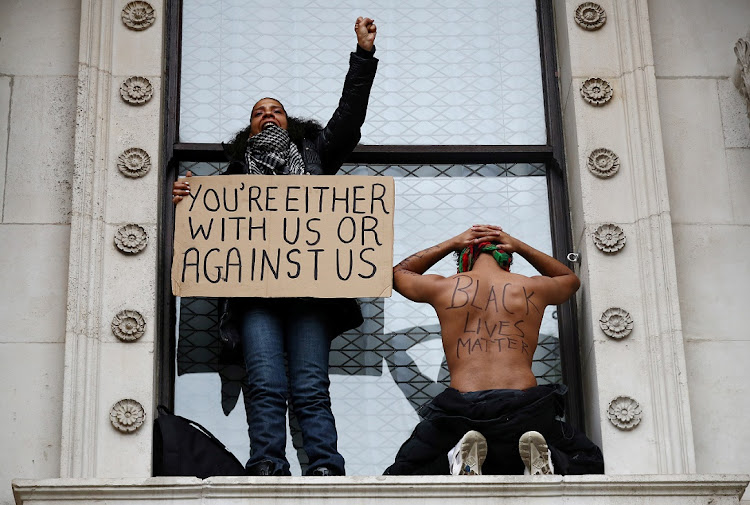 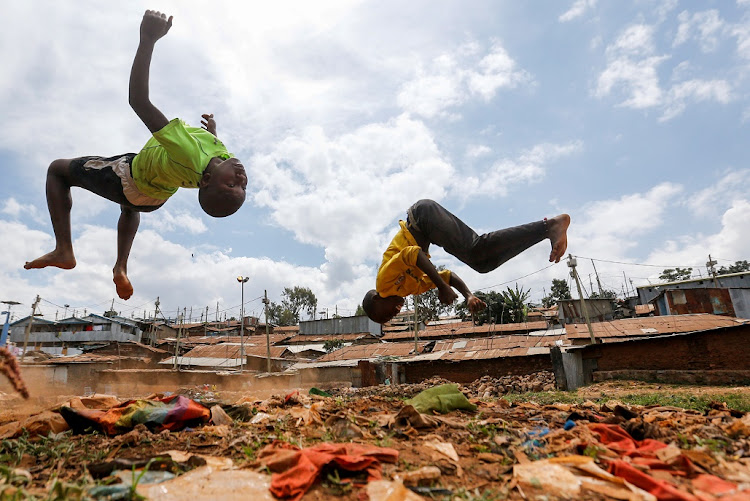 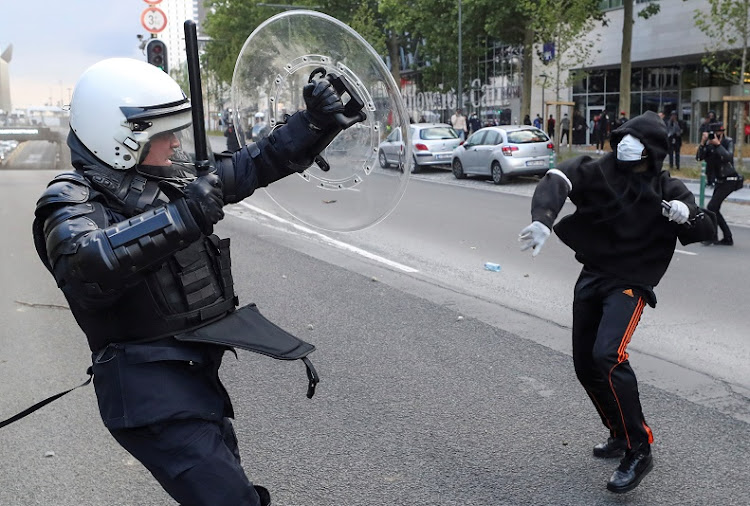 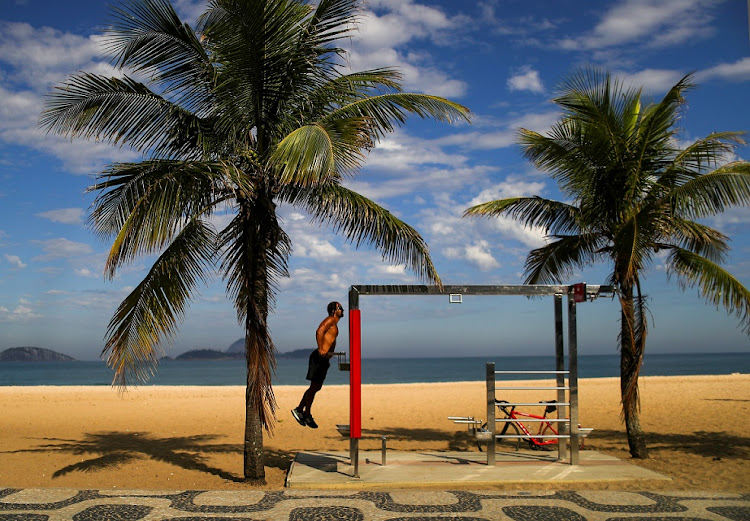 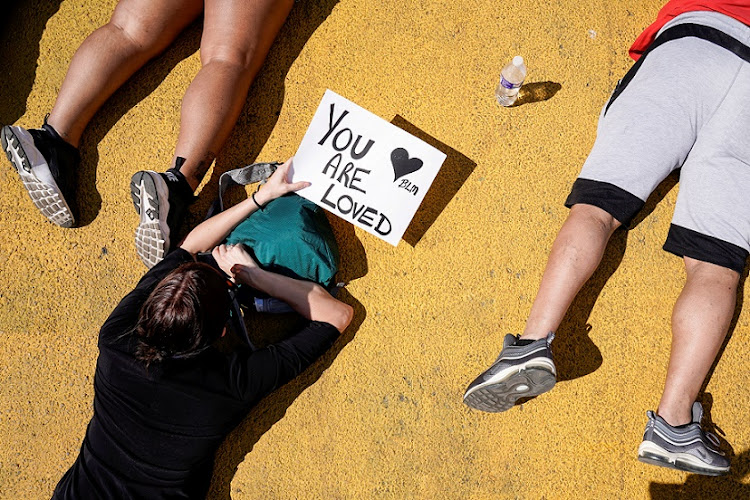 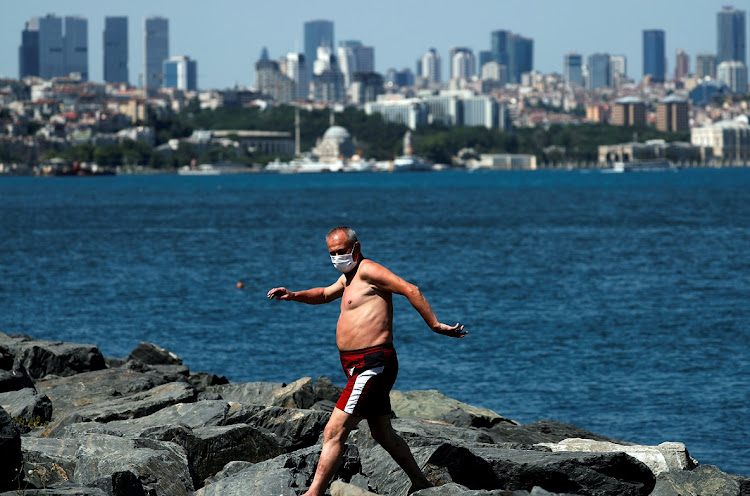