Minister Motshekga says schools will open to grades 7 and 12 on Monday, and she has the backing of unions

It has the same number of Covid-19 infections as Gauteng, but Gauteng is streets ahead on testing

Schools slash teacher salaries to ‘try claw our way through’

FlySafair is charging people extra to keep seats next to them free. Government doesn’t agree, but it might be worth it

‘Careful’ US sailors thought they were safer in SA. They were wrong

Patrick Childress said he was lucky to be in SA when the coronavirus hit. Now he is on a ventilator in hospital

It’s back to work for parents, but what about the kids?

Lockdown level 3 presents another set of worries, and rising costs, as only grades 7 and 12 are back in class

Ebola is different to Covid-19, but the key is early intervention because both are multi-organ diseases, he says

It takes dogged determination to save SA’s most precious predators

NGO relies on volunteers for funding, but volunteerism has ground to a halt due to Covid-19. You can help, though

EDITORIAL | Just because you can doesn’t mean you ...

Covid-19 deaths and cases are set to spike, which means we shouldn’t abuse the freedoms we’ve been given

They wrote it this week: How four princesses ...

Five expert tips to help you nail a virtual job ...

Interviews via video call are becoming more common. Land your dream job with this advice

Blast from the past: Nourse thumbs his nose at ...

in mask we trust Prophet Paseka Motsoeneng, popularly known as Prophet Mboro, wears a mask as he leads worship at the Incredible Happenings Ministry Church in Katlehong on Sunday.
Image: Marco Longari/AFP

In its latest salvo against the government's continued ban on the sale of tobacco products, the Fair-Trade Independent Tobacco Association (Fita) said the prohibition was turning people against the lockdown. Responding in court documents to an affidavit from Cogta minister Nkosazana Dlamini-Zuma last week, Fita chair Sinenhlanhla Mnguni said: “The high-handed manner in which this ban is being meted out is concerning and results in citizens losing respect for the process and the wonderfully good intentions with which the lockdown process commenced.” The affidavit is also critical of Dlamini-Zuma's stance that the ban would make people quit smoking.

An outbreak of coronavirus cases in schools has jeopardised Israel’s emergence from lockdown and reached all the way to Benjamin Netanyahu’s office after the Israeli prime minister came into contact with a maintenance worker whose own illness was traced to a Jerusalem school.The infected employee is understood to have contracted the virus at the Gymnasia Rehavia high school, where 160 pupils and staff became infected as classes resumed a fortnight ago.By Friday, 92 educational institutions were closed until further notice after detecting at least one case, with around 13,700 pupils and staff being told to self-isolate. The Israeli Education Ministry has so far stopped short of closing all schools and universities, as it did for two months from mid-March. - Telegraph Media Group Limited (2020)

Parliament's portfolio committee on higher education, science and technology has slammed the appointment of Prof Peter Mbati as vice-chancellor of Sefako Makgatho University while he has allegations of sexual harassment hanging over his head. Mbati was appointed as vice-chancellor less than a month ago. The allegations emerged last week when the committee met the Commission on Gender Equality. Mbati was accused of sexual harassment by Prof Thidziambi Tshivhase Phendla during his tenure as the vice-chancellor of the University of Venda.

The most powerful leader of West Africa’s growing al-Qaeda insurgency has been killed in Mali, according to the French military. Abdelmalek Droukdel, 50, was one of the terror group’s most reliable and resilient allies. Over the last 15 years he has been at the forefront of the anarchy slowly spreading across north and west Africa. Florence Parly, the French armed forces minister, announced his death on Twitter, late on Friday. “On June 3, the French armed forces, with the support of their partners, neutralised the emir al-Qaeda in the Islamic Maghreb, Abdelmalek Droukdel and several of his close collaborators, during an operation in northern Mali,” she said. - Telegraph Media Group Limited (2020)

Week of deadly violence in KZN

KwaZulu-Natal was plagued by violence last week as four people were brutally murdered, an elderly woman raped and a six-year-old child found dead in a sugar cane field. This is according to social development MEC Nonhlanhla Khoza, who expressed concern about the moral decay in society. Two young women and two men employed at St Apollinaries Hospital were shot dead in cold blood at Centocow. Khoza said gender-based violence could not be ruled out. In another incident, an elderly woman was raped by a 26-year-old man at Gujini area in KwaSwayimane outside Pietermaritzburg. The six-year-old was found in Umhlali “after the mother misled police that the child was snatched from her vehicle while driving”. Separately, a newborn had been dumped in Chatsworth.

Beetle named after The Beatles

The plan has finally come together: a beetle has been named after The Beatles for the first time. Dutch researchers have announced that a new species discovered in Amsterdam’s Vondelpark during a “citizen science expedition” has been officially named after the band. Taxon Expeditions, a group of scientists which takes members of the public on scientific trips, has appealed on social media for someone to “please alert Mr Paul McCartney” that Ptomaphagus thebeatles has now entered the public record. - Telegraph Media Group Limited (2020) 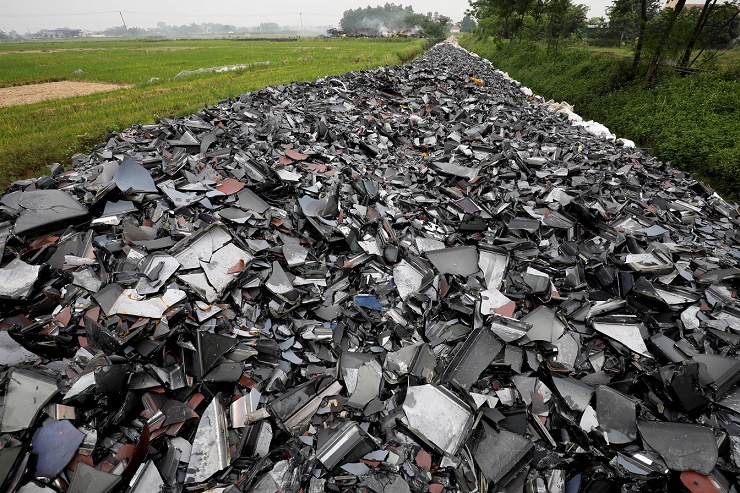 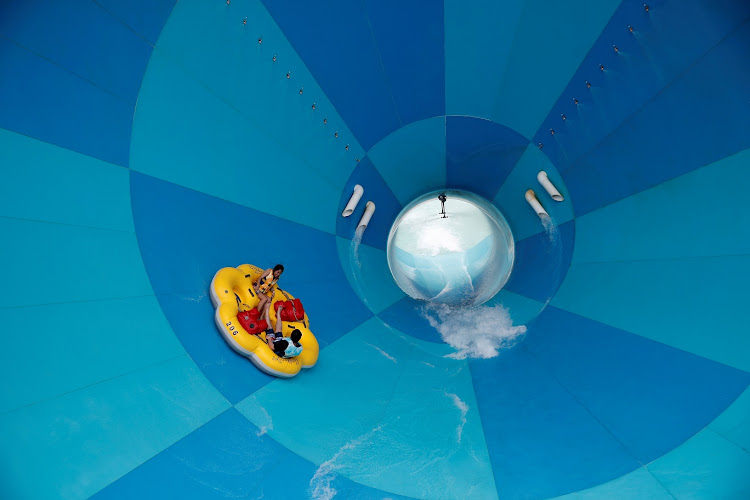 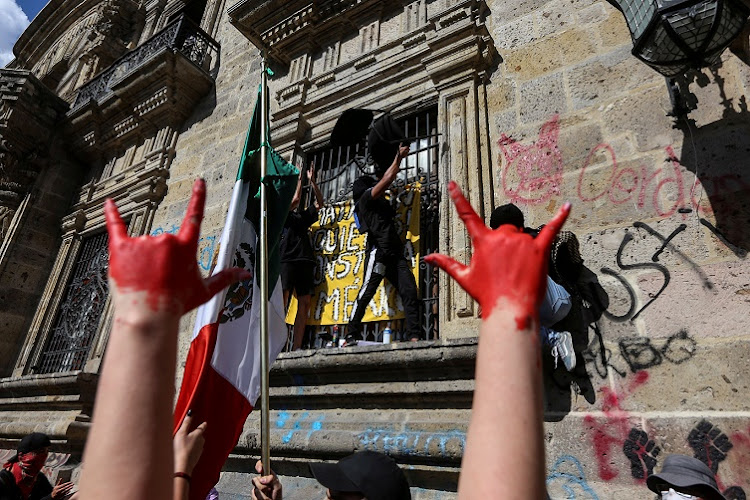 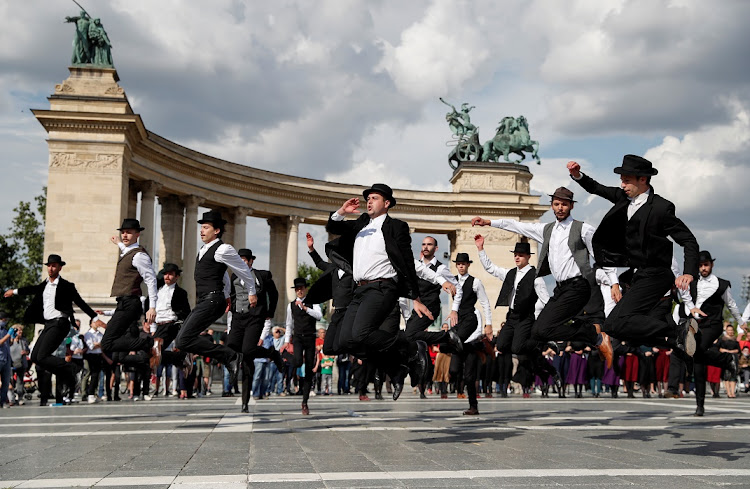 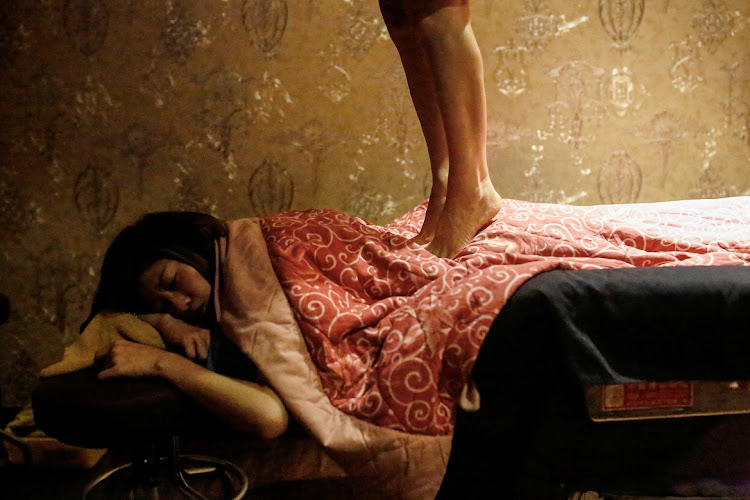