Restrict booze sales too much and it’ll just be a big babelas: traders

Get used to people coughing stupid conspiracy theories all over you

Like their symptoms, their circumstances differed, but these South Africans all put up one hell of a fight

Your dog can be groomed, but forget about a ribbon

Stop tearing your hair out if your pets are looking disastrous. They can be neatened up ... with conditions

Partner violence, a diversion of health-care workers and people not collecting medication are huge concerns

This is an Olympic chance to rethink how we play sport

While the Games’ cancellation is a disaster for many, it also highlights what’s wrong with the world of sport

Shining cricket balls with saliva has been banned by the ICC, so where to from here?

Through its work to defeat Covid-19, Africa shows the solutions to its problems reside within Africa itself

Africa can be the cradle of the post-Covid new economy

You’ll never be my grittypie, but a roly-poly’s on the money, honey

They’re rarely seen in the wild, never mind in cities, but the virus has opened a rare window for the elusive cats

Are you feeling uneasy about the easing of ...

South Africans craved ‘normality’ during lockdown, but whether we can handle it is another matter

Today in SA sports history: May 26

A volunteer partakes in a food handout in Coronationville, Joburg, on day 59 of the national lockdown.
Image: Alon Skuy

One person was killed and four injured when a boundary wall collapsed in Inanda, north of Durban, on Monday. According to IPSS Medical Rescue's Paul Herbst, it is believed workers were building a boundary wall when the structure gave in. One man was killed while two others and a woman sustained moderate to serious injuries. "Police K9 search-and- rescue dogs were used to search the collapsed structure to ensure no one else was trapped beneath the rubble," said Herbst. SAPS said that while digging for space to build a garage, the retaining wall from a neighbour’s property collapsed. An inquest docket has been opened.

Winter is here, with a cold front that may bring temperatures as low as -1°C in Gauteng, while good rains in the Western Cape may cause localised flooding. The SA Weather Service has issued 10 severe weather alerts and watches for Monday leading into Tuesday. Disruptive snowfalls leading to the temporary closure of mountain passes can be expected in the Cape Winelands on Monday evening, spreading to the Little Karoo overnight. High seas with 6-9m waves are expected between Cape Columbine and Port St Johns. A storm surge is expected along the coast between Cape Agulhas and East London and the False Bay region. Heavy rain leading to localised flooding is expected in places in the Cape Metro as well as the mountainous regions of the Cape Winelands and Overberg.

Sixteen people will appear in the Hofmeyr Magistrate's Court on Tuesday charged with illegal hunting. The suspects, who are between the ages of 23 and 48, were arrested on Sunday on the farm Gruisheuwel in the Hofmeyr district. Eastern Cape police spokesperson Capt Lariane Jonker said: “An official from the Queenstown department of environmental affairs effected the arrests when 12 carcasses were found in the suspects' possession. The springbok were hunted with dogs and knives, which were also confiscated.” Jonker said 32 dogs were taken to the SPCA in Komani.

Footballers have been warned that taking prescription sleeping pills recreationally could potentially be fatal, with news of one Premier League player seeking professional help for addiction and concerns over another high-profile star. Sleeping pills mixed with alcohol are the new intoxicant in the party scene for players. They are available from doctors or widely online and do not feature on the World Anti-Doping Agency's list of banned substances. But there are harmful effects of taking them recreationally according to drug experts, including dependence and overdose. – © Telegraph Media Group Limited (2019)

Islamic State scattered video game controllers set to explode at the push of a button in Yazidi homes as they retreated from northern Iraq, a film about the persecuted minority group's minesweepers has revealed. One PlayStation controller would have detonated four bombs and destroyed the house where it was found, in Sinjar district, had a child picked it up and played with it. Bombs also disguised as other household items are shown in the documentary that follows the tense work of Yazidi minesweepers in Iraq. – © Telegraph Media Group Limited (2019)

Paris' last street singer - who once competed with Edith Piaf to draw the crowds - has died, her godson says. Lily Lian, a legend of Paris working-class life who was immortalised twice in full flow with her loud hailer by the photographer Robert Doisneau, died on Sunday in a hospital near Paris at 103. A friend of the crooner Maurice Chevalier and of actor and singer Yves Montand, she was regarded as the last exponent of a 300-year-old trade, where singers sold lyrics and sheet music for their songs on the street. Known as "Lily Panam", after the slang term "Paname" for the French capital, she began her career with Piaf in its cafes and on street corners where singers were the walking jukeboxes of pre-war Paris. - AFP 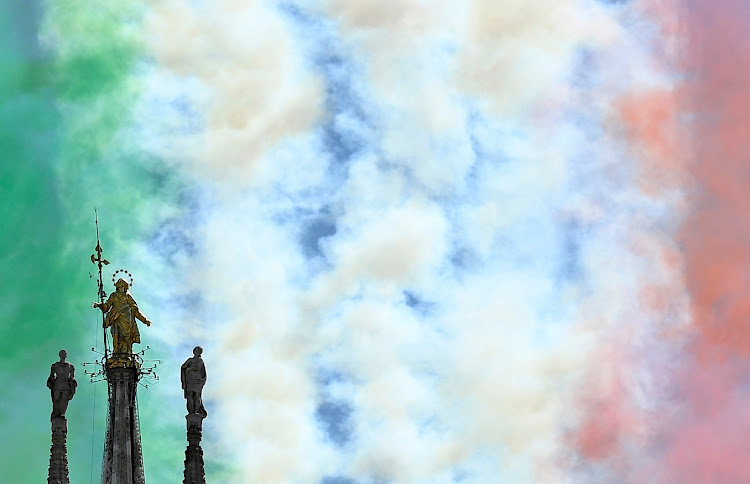 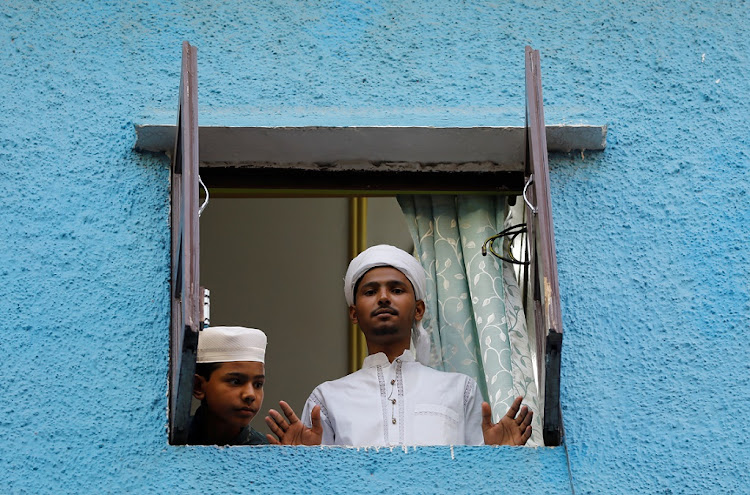 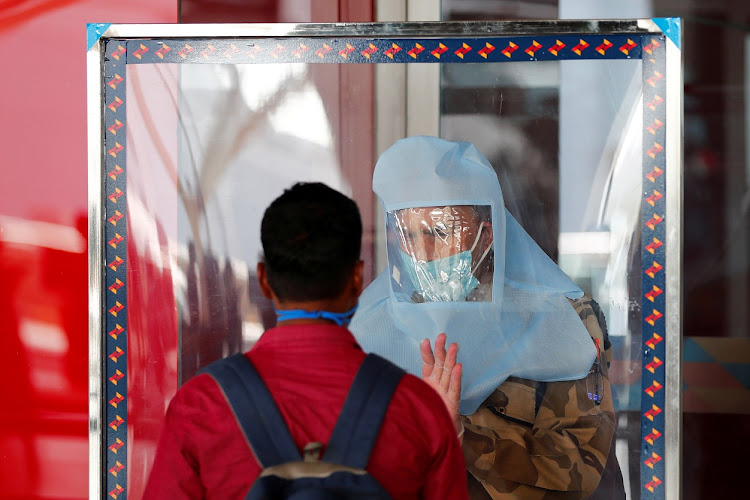 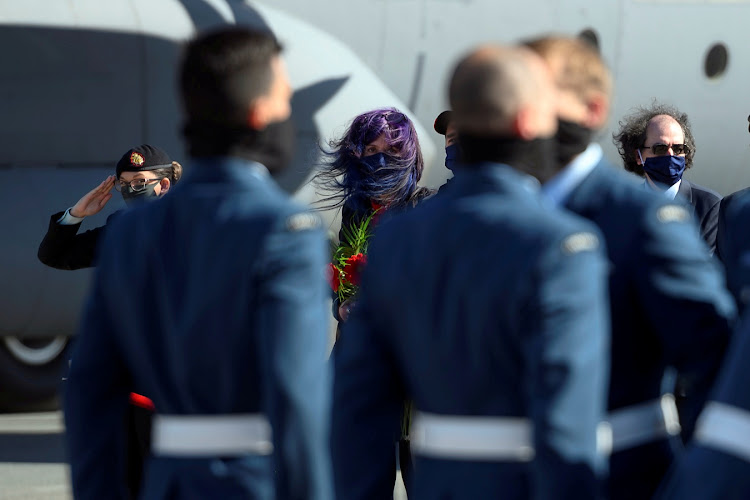 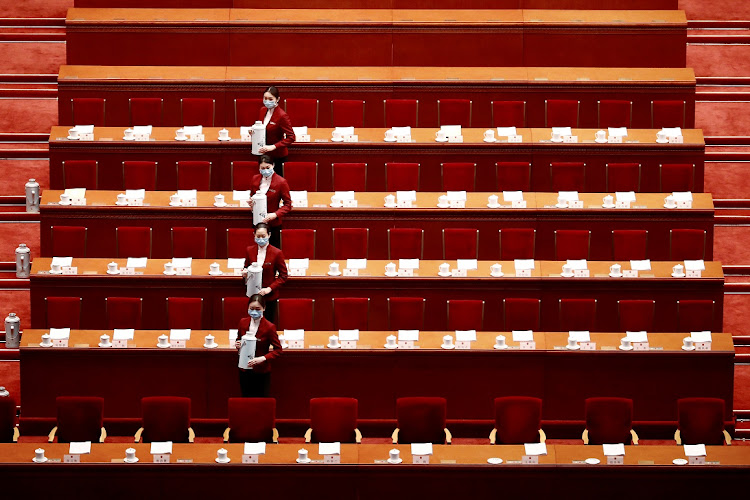 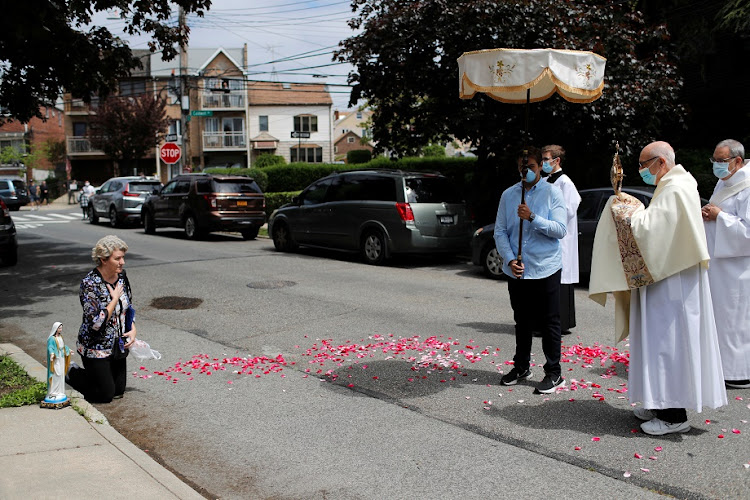