At the risk of jumping the gun, could we be going straight to level 2?

Without a crystal ball, Covid-19 modellers work with what they can

Unlike with flu, they don’t have decades of history to draw on and are doing their best to be accurate

Is it only me who’s a tad panicked about SA’s latest virus projections?

With SA set to be one of the worst affected nations, surely it’s time for more than reminders to wash our hands

Nearly a million tests have been distributed across the continent

Even though she was only a teen when she wrote them, on top of career damage she could still be charged

Protecting older people from the virus is eroding their quality of life and independence, and fuelling their fears

For now, Pieter-Steph du Toit will storm onto the field for Province

WHAT LOCKDOWN HAS MEANT IN THE VEHICLE INDUSTRY

There are great deals to be had for the meanwhile, but prices are set to skyrocket

It seems buyers are still hesitant to get behind the wheel, and those who are, are buying down

The light for motorists in the lockdown tunnel

Most vehicles have had little use in the past two months, saving motorists time and money

Dubious responses notwithstanding, the continent’s low infection rate points to its capability and expertise

Missing kids, a lost kitten and an MMA fighter: this is homeschooling

Defy irate monks, but not to form an elite order of nimbles and clevers

The SA Reserve Bank cut interest rates by 50 basis points on Thursday, which is expected to bring some relief to SA’s battered economy, most of which is still under lockdown. The cut takes the benchmark rate to 3.75%, its lowest level since the repo was introduced in 1998. This was the fourth meeting of the Bank’s monetary policy committee (MPC) this year, after an emergency one was held in April, where the bank surprised the market with a 100 basis point cut as the economic effect of the coronavirus pandemic began to take hold. Though estimates vary, the economy is expected to contract by anywhere between 5.4% and 16.7% in 2020. The repo rate has now been cut by 275 basis points since the beginning of 2020.

The Supreme Court of Appeal (SCA) has dismissed former president Jacob Zuma’s bid to appeal against a high court ruling that found he had defamed former minister Derek Hanekom by calling him a “known enemy agent” on Twitter. BusinessLIVE reported that Zuma’s application was “dismissed with costs on the grounds that there was no reasonable prospect of success”. Durban High Court judge Dhaya Pillay had in September 2019 ordered Zuma to remove the tweet and publish an apology within 24 hours. Hanekom, the former tourism minister in Zuma's administration, sued for R500,000 in damages after the former president tweeted in July 2019 that Hanekom was a “known enemy agent”. Hanekom said this had caused him “immense harm and damage”, giving the impression that he was an apartheid spy. Zuma in turn argued there were “common cause events” that demonstrated Hanekom had “colluded with opposition parties that sought to remove me as president”.

Volkswagen has been forced to apologise after it was accused of overt racism in an online advert for its latest car. The video on its Instagram account showed a black man being pushed around by a giant white hand preventing him from touching a brand-new Golf parked in the street. The commercial, most likely intended as a humorous skit, was deleted within hours of its appearance following complaints. VW said: "Without question the video is wrong and tasteless. We distance ourselves from it and apologise for it. We will clarify how this could have happened, and draw the necessary conclusions." – © Telegraph Media Group Limited (2019)

Australia is getting down and dirty to combat the coronavirus pandemic - unrolling a vast programme of sewage testing this week in the hope of finding hidden clusters of the virus. Melbourne has begun testing waste water and excrement for traces of the virus in a bid to focus conventional testing and tracing strategies on problem suburbs or neighbourhoods. Nicholas Crosbie of Melbourne Water said the utility hoped to monitor samples from 71% of people in Victoria, one of Australia's most populous states. Sewage has also been tested in places like Paris, Tokyo, Amsterdam, Massachusetts and Valencia, Spain - although mostly on a small scale to prove detection can work. - AFP

Eskom says there is a reduced risk of load-shedding during winter, partly because the lockdown has allowed for critical maintenance to be done. This forecast emerged during a “state of the system address” by Eskom on Thursday. “Before we had lockdown, we forecast 31 days of stage 1 load-shedding. We are now forecasting three days of stage 1 load-shedding over winter ,” said COO Jan Oberholzer. However, he said it was important to stress that the forecast was not 100% accurate because the system remained unstable and unreliable because of a decade of neglect in maintenance. Oberholzer said the lockdown had reduced demand by between 6,000MW and 11,000MW. This created an opportunity for Eskom to execute additional short-term opportunistic maintenance to address urgent matters in the system.

An Italian woman has won a Picasso painting worth more than $1m in a charity raffle to raise money for village water projects in Africa. The winner of the draw at Christie's auction house in Paris was named as Claudia Borgogno, who was gifted the winning ticket. Her prize is Picasso's 1921 oil painting Nature Morte (Still Life), which is signed and dated by the artist. The Spanish master's geometric composition representing a piece of newspaper and a glass of absinthe had been valued at €1m. - AFP

We follow Colin Mkosi, a young entrepreneur from Langa township in Cape Town, who started a bicycle delivery service working with local teenagers to pick up and drop off groceries and takeaways for R9. 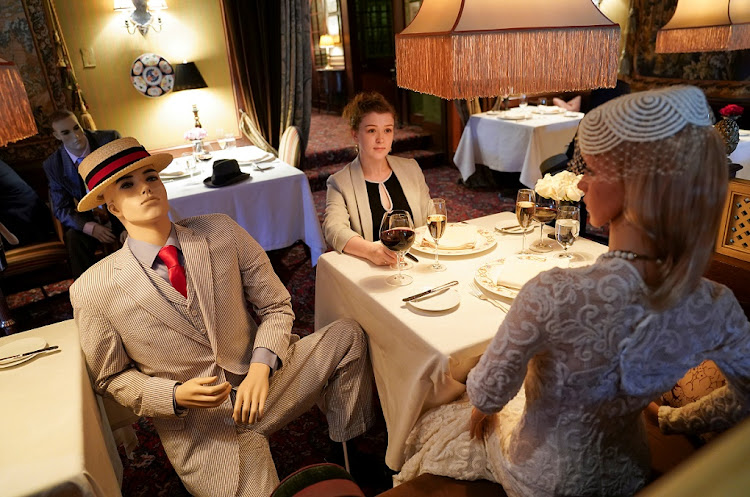 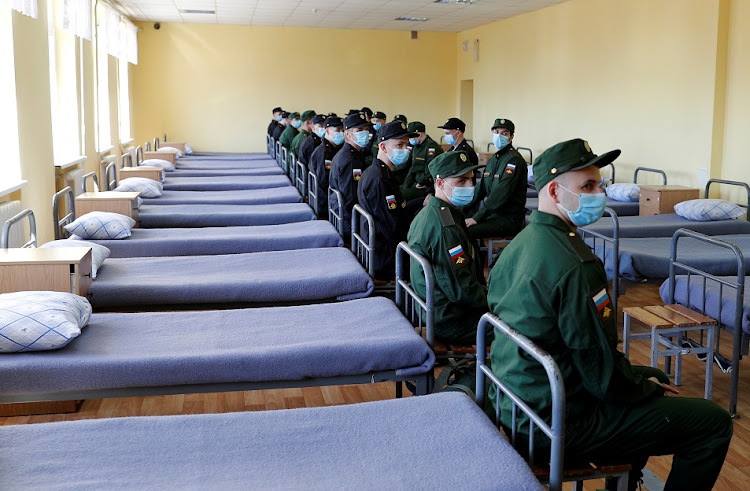 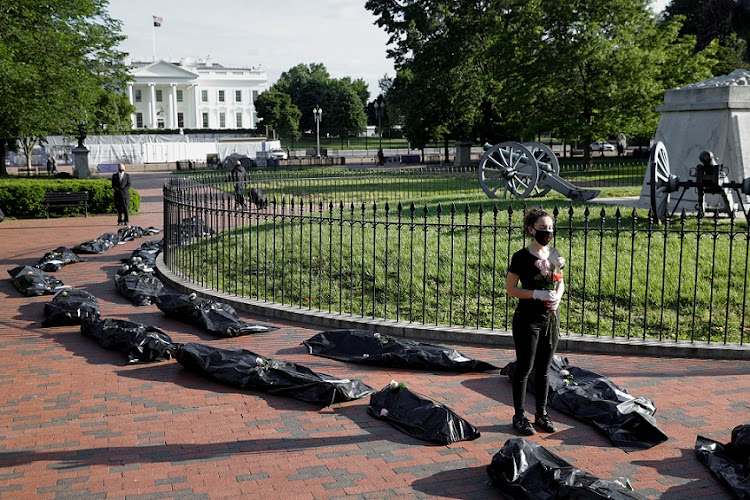 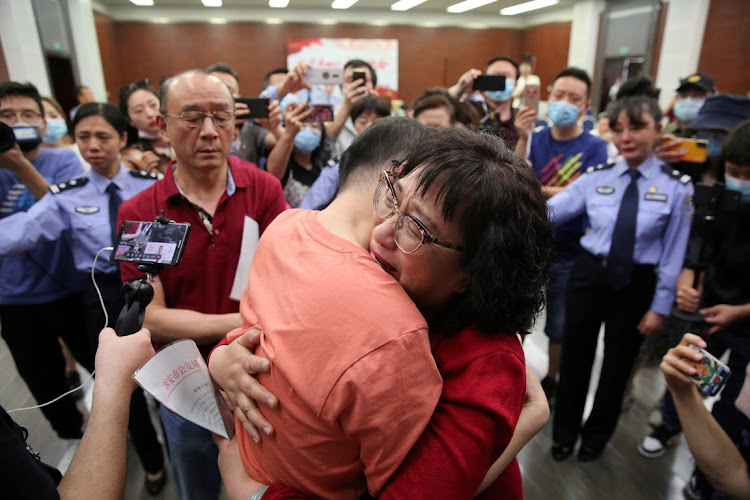 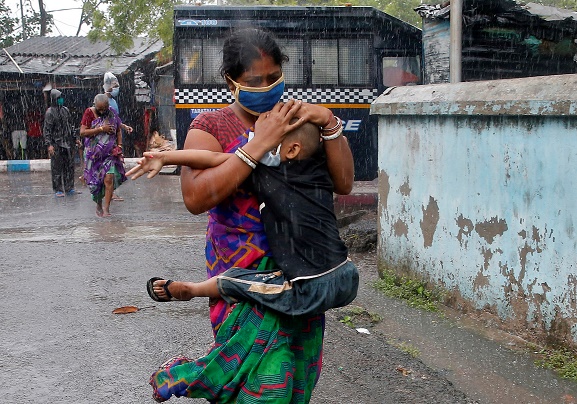 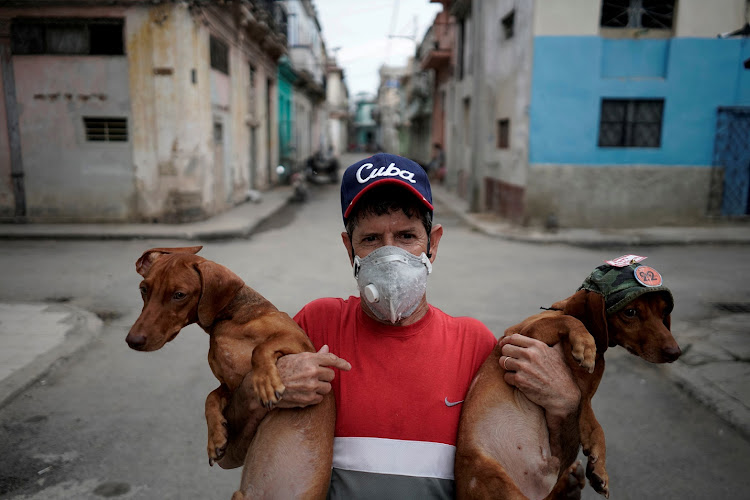 This is our last chance to reset our relationship ...

Traditional food crops face demise, so it is vital climate change does not take a back seat to Covid-19

Today in SA sports history: May 22