Behind the fictions spun by politicos is the frightening truth: pupils will be sitting ducks for Covid infection

Survey paints a grim picture of income and food insecurity, but it’s the tip of the iceberg, say economists

Eggstreme sales as Saffers tuck in to peace of cake

Baking is offering many South Africans an escape from anxieties about job security, finances and safety

THE DEAL WITH DRUGS

The biggest reason under-20s are admitted to state-run treatment centres in SA is cannabis, expert warns

EDITORIAL | Suddenly we aren’t Covid-ready. We need to act fast

We’re fighting an adult disease, but it’s our kids who suffer

Children with deadly diseases are compromised by measures to curb Covid-19. It’s a form of abuse, say paediatricians

The National Prosecuting Authority says it has not yet decided whether to prosecute former prosecutions boss Nomgcobo Jiba. “The matter is still under consideration,” said NPA spokesperson Phindi Mjonondwane. This is contrary to AfriForum's statement that the NPA had given it an undertaking that it would prosecute Jiba. Mjonondwane would not comment on the claim. “The NPA informed AfriForum’s private prosecution unit in writing that it will prosecute advocate Nomgcobo Jiba, former NPA head. This about-turn came after AfriForum and its advocate Gerrie Nel threatened the NPA with a mandamus in November 2019 to take a decision on the prosecution of Jiba. [AfriForum's] private prosecution unit announced a while back that it wants to prosecute Jiba privately,” AfriForum said. Jiba was fired by President Cyril Ramaphosa in 2019, together with former special director of public prosecutions Lawrence Mrwebi, after they were found to be unfit for office by an inquiry chaired by retired Constitutional Court judge Yvonne Mokgoro.

International music icon DJ Black Coffee - through his company FlightMode Digital - has acquired a significant stake in Gallo Music Investments (GMI). The Lebashe Group bought GMI for R75m from former owners Tiso Blackstar in March and was bundled into the news and entertainment business of Arena Holdings. Black Coffee’s new investment in the firm, the value of which is undisclosed, has been hailed as a coup by Lebashe chair Tshepo Mahloele, and paves the way to enhance Arena’s entertainment offering to consumers. On his acquisition, Black Coffee said that it was the first of many moves to change the landscape of SA’s, and the continent’s, music industry. “The music in the Gallo catalogue is some of the most culturally rich that has ever been created in this country. The partnership with Lebashe to invest in the catalogue, and masters, is more than just a business transaction, it’s about creating an environment in which artists and creatives have a truly equitable stake,” he said. Times Select is owned by Arena Holdings

An Ekurhuleni Metropolitan Police Department (EMPD) officer and his alleged accomplice have appeared in court charged with robbing a truck transporting masks. The officer, who is stationed in Kempton Park, and the other man appeared in the Boksburg Magistrate's Court on Monday on charges of robbery with aggravating circumstances, two counts of kidnapping, possession of an unlicensed firearm, and defeating the ends of justice. It is alleged that on May 14 the officer was driving an official EMPD vehicle when he stopped a truck that was transporting masks. “He instructed the driver to alight from the truck, pointed a firearm at him and forced him into another vehicle that was parked behind the EMPD vehicle, driven by accused two. Two further suspects alighted from the EMPD vehicle and went to assist in the robbery,” said National Prosecuting Authority spokesperson Phindi Mjonondwane. Police witnessed the incident and gave chase. The officer was then apprehended. The case was postponed to May 28.

A Dutch mink farm worker likely caught coronavirus from the animals, in the country’s first reported case of animal-to-human transmission, agriculture minister Carola Schouten said on Tuesday. The case happened near Eindhoven, where the disease was earlier found among the mammals, bred for their fur. Researchers compared the genetic code of the virus found in the mink to that of the patient, creating a “family tree” to map its mutation, she said. The minister, however, downplayed fears of other animal-to-human infections, saying air and dust samples outside the mink pens did not contain the virus. But the Netherlands has further tightened measures, making screening of all mink farms for the virus mandatory, she added. The Netherlands has recorded 5,715 coronavirus deaths and 44,249 infections. – AFP

More than 650,000 people in West Bengal and Odisha have been evacuated as millions battened down on Wednesday as the outer edges of the fiercest cyclone in decades rattled Bangladesh. As the eye of Amphan approached, authorities scrambled to evacuate low-lying areas, but their task is complicated by the need to follow precautions to prevent the spread of coronavirus. Amphan is only the second “super-cyclone” to form over the Bay of Bengal since records began and the first since 1999. Gusts on land of 185km/h were predicted, with a storm surge of several metres, forecasters said. Bangladesh authorities fear Amphan will be the most powerful storm front since Cyclone Sidr killed about 3,500 people in 2007. – AFP

Palestinian president Mahmud Abbas has warned that Israeli annexations in the occupied West Bank would spell the end of all security coordination, as international opposition to the plans grows. US Democratic presidential nominee Joe Biden on Tuesday became the latest high-profile figure to oppose Israeli prime minister Benjamin Netanyahu’s plan to apply Israeli sovereignty to Jewish settlements and the Jordan Valley, which makes up around 30% of the West Bank. Palestinians say any annexation would put an end to their hopes of an independent state alongside Israel. On Tuesday, Abbas said the annexation plans showed Israel was no longer abiding by peace accords between the two. As such, he said, the Palestinian government was “absolved ... of all the agreements and understandings with the American and Israeli governments ... including the security ones”. An end to security coordination could jeapordise the relative calm in the West Bank, where 2.7 million Palestinians live alongside more than 400,000 Israeli settlers. – AFP

On Momday, Australian police charged a 25-year-old German international student for breaking into a Sydney museum. CCTV footage showed a man taking selfies next to dinosaur exhibits while strolling about the Australian Museum. 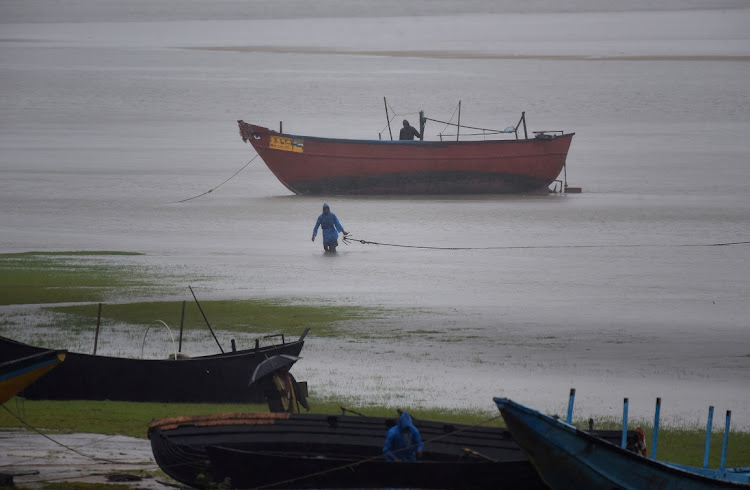 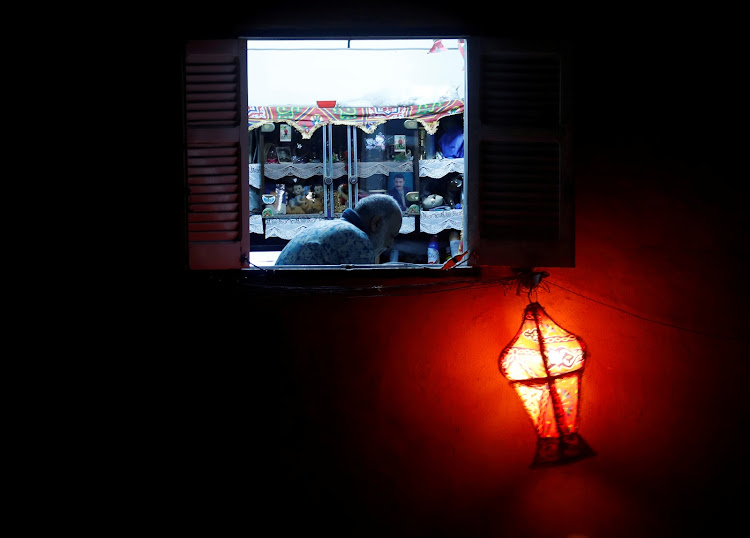 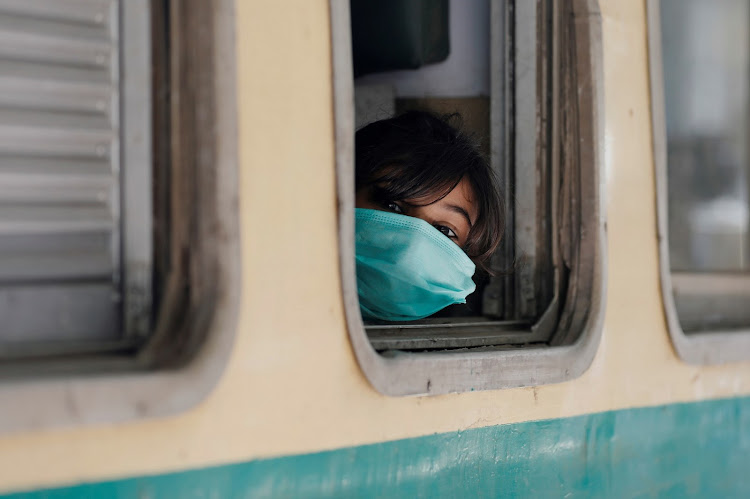 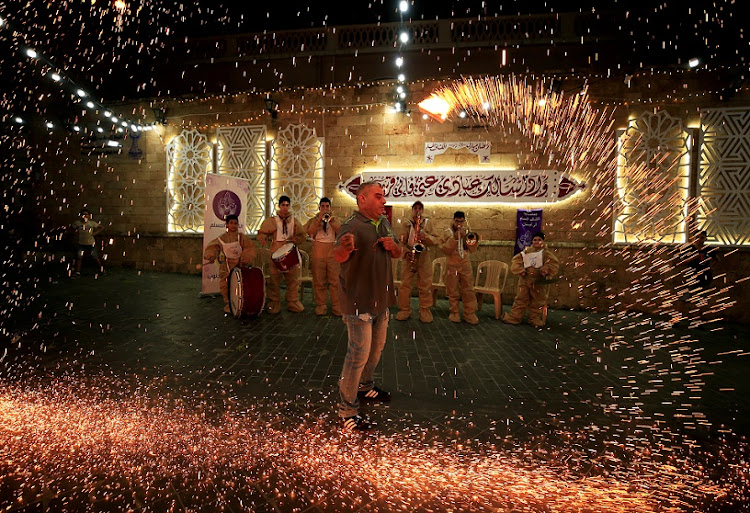 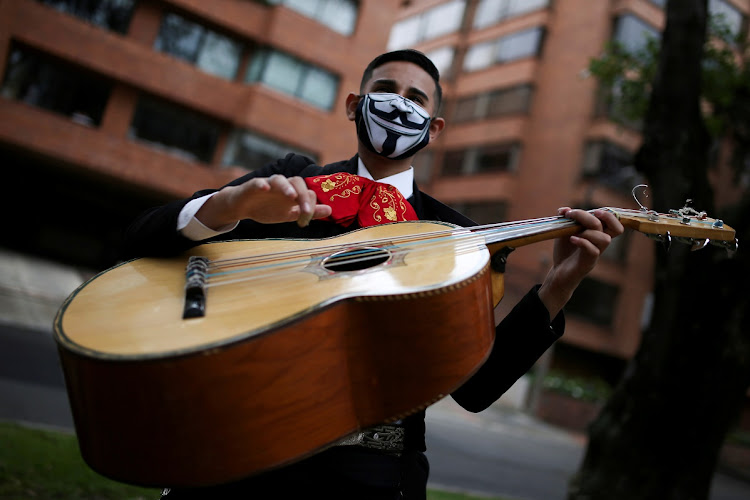 It’s time to let rip with a DIY wax. Here’s how to get gain from your pain

If you’re not ready to embrace fuzzy limbs for winter, these tips will help you wax yourself at home

Itching to sail out of your pyjamas and into designer gear?

Blast from the past: Gary Bailey miracle wows Wembley

Today in SA sports history: May 21