Naptosa calls the reports she relied on ‘optimistic’ and ‘embellished’, and wants to her info double-checked

‘I’m a hugger,’ says Prof Lionel Green-Thompson as he embraces the varsity’s challenges, old and new

The good news is that Gauteng is going to level 3. Now for the bad news

Premier confirms the whole province will move from stage 4 in June, but says it’ll be ‘tough and painful’

TB and HIV safety protocols, along with ‘meticulous’ planning are keeping the disease under control in mines

Man released on R100,000 bail after Hawks find R30,4m worth of drugs in refrigerated container

LOOKING AT ISSUES IN DEPTH

Haunted by Idai: ‘We climbed trees or drowned’

Moz villages bear the indelible scars of a merciless cyclone. For their people the memory is still raw and immense

As Motshekga at last announces her re-opening strategy, flexibility and innovation are crucial

Just when you thought we’d reached Peak Stupid on the internet, along comes a little group of frightened idiots

Even rump sellers contract the poisonous fever of fancy managers

final journey eNCA lensman Lungile Tom, who died from Covid-19, was buried at the Maitland cemetery in Cape Town on Tuesday in the presence of a handful of relatives.
Image: Esa Alexander

Someone out there spent R1,000 on lottery tickets, and it paid off. Ithuba said on Tuesday this person had won more than R19m in last week’s lottery draw. According to Ithuba, the winning ticket was bought at the Rietfontein Pavillion Centre in Pretoria. With the sale of lottery tickets only permitted through online sales during lockdown, Ithuba explained how the winner had managed to buy the winning ticket at a retail outlet: “The winner played for future draws before retailers were not permitted to sell tickets.”

Lesotho's Prime Minister Thomas Thabane resigned on Tuesday, removing the main hurdle to resolving a political crisis that engulfed the small kingdom late in 2019. His departure marks the end of one of Lesotho's longest political careers, one marked by exile, feuding, intrigue, tensions with the military, and a political crisis that erupted when police named him as a suspect in a murder case late in 2019. His own All Basotho Convention (ABC) party, opposition figures and SA mediators had been heaping pressure on Thabane to resign over a case in which he and his current wife are suspected of conspiring to murder his former wife nearly three years ago. They have both denied any involvement. Finance minister Moeketsi Majoro is Thabane's interim replacement.

A 13-year-old boy from Klarinet in Witbank, Mpumalanga, was shot dead by robbers who broke into his home as he was left home alone overnight. “Two armed men broke into the house at Klarinet Ext 8,” police said on Tuesday. “Inside the house, 13-year-old Keitumetse Keggen Malefahlo was sleeping alone in the house as his mother was working night shift. He ran back into his room and locked the door.” The boy reportedly started to scream for help. The robbers then reportedly returned to the house to silence him.

Lawmakers leave Macron in the lurch

Defectors from French President Emmanuel Macron’s ruling party announced the creation of a new group in the lower house of parliament, depriving the president of an outright majority and raising pressure for more left-wing policies. Seven lawmakers are splintering from Macron’s party to join the new group, which will count 17 parliamentarians in its ranks. Macron’s party now has 288 MPs, one short of an absolute majority. – Reuters

Indonesia is facing a baby boom as coronavirus lockdowns cut access to birth control, the national family planning agency says. Small health clinics have been temporarily shuttered, while doctors and midwives have been limiting patient numbers since the partial lockdown began last month. By early next year, Indonesia could see 420,000 more babies born than would otherwise be expected, the agency estimated. – AFP

British writer Neil Gaiman has apologised for travelling from New Zealand to his home on the Scottish island of Skye in breach of coronavirus lockdown measures, saying: ‘I did something stupid. Police warned Gaiman after he revealed he had flown to London and then driven to his home on Skye at the start of the month. – Reuters 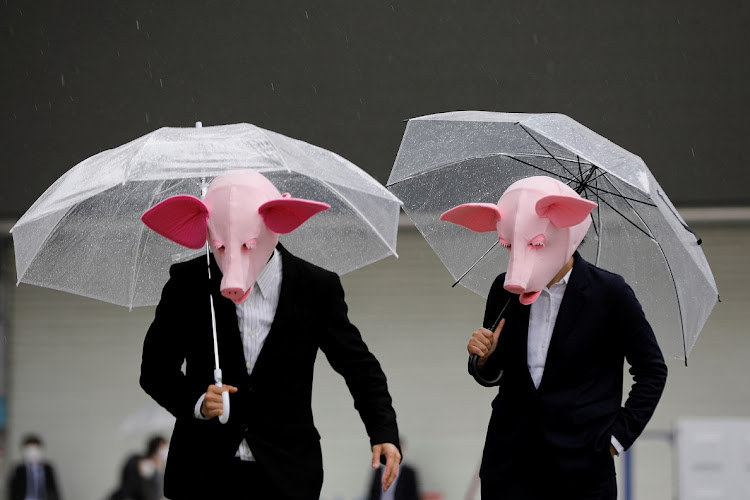 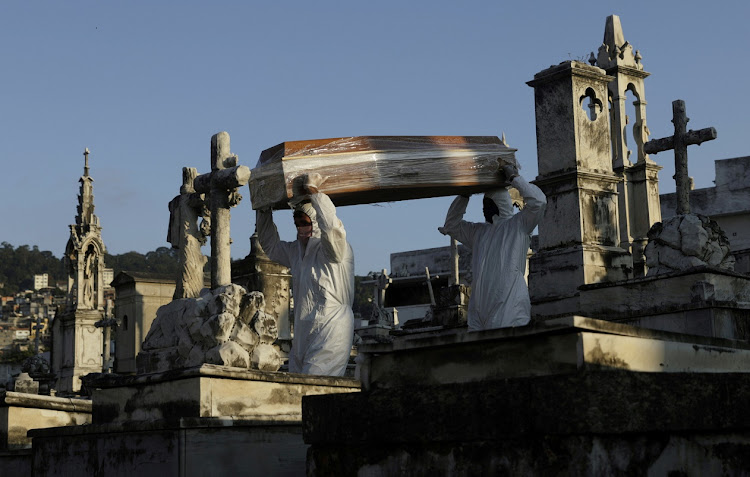 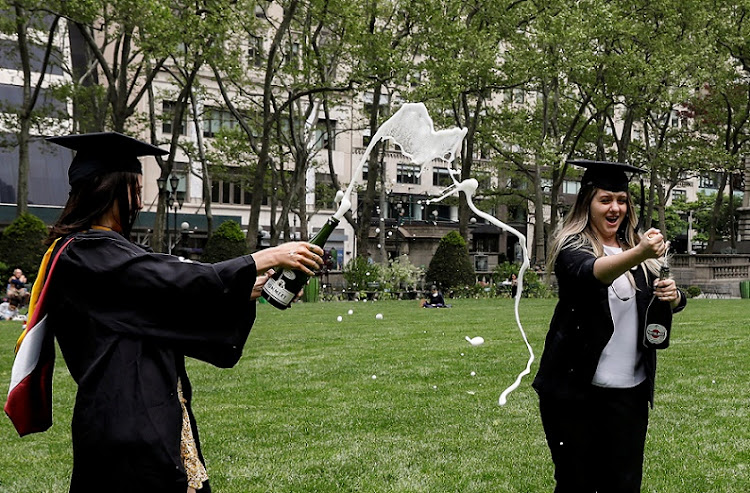 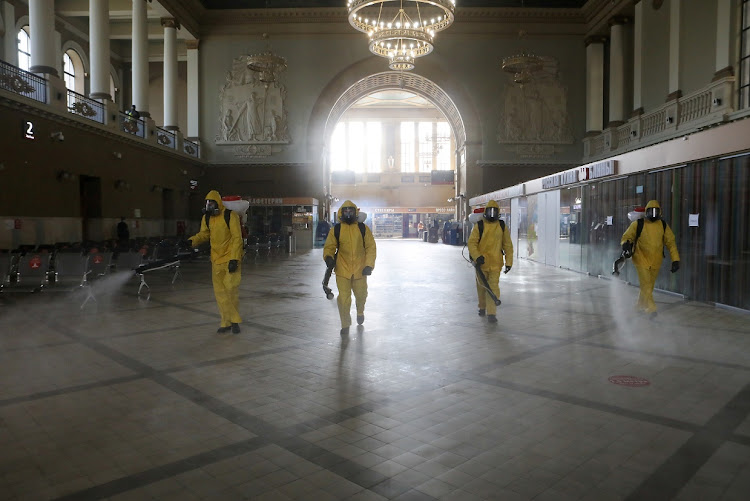 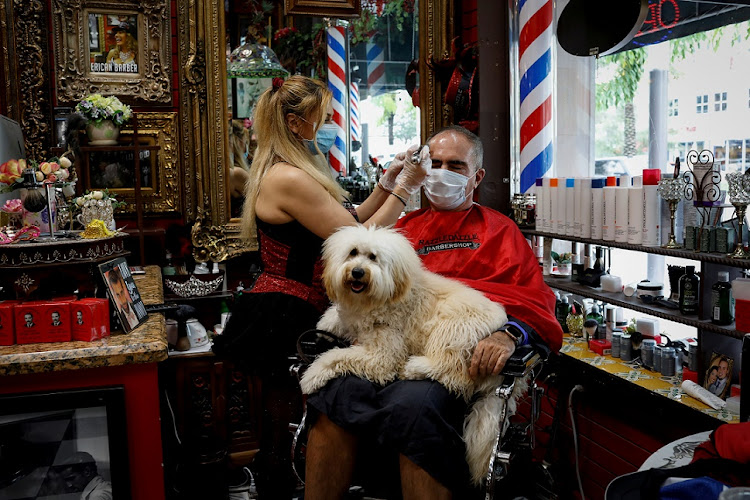 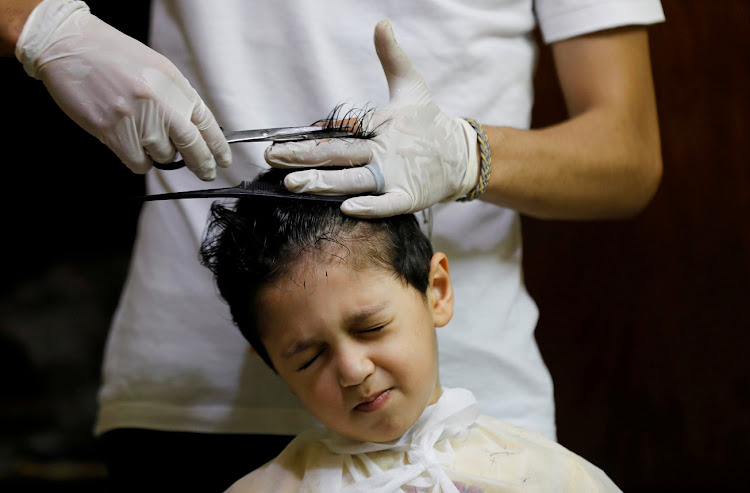 On the skids with your kids? Here’s a homeschooling teach sheet

Having to teach your own children is a huge adjustment for everyone. Here are some tips to help you cope

Oh, screw it: for many, ye olde cork is still the way to go

Despite the virtues of screw-tops, the emotional connection to those woody stoppers persists

Blast from the past: Hek of a bout is one for the books

Today in SA sports history: May 20