Can we save the school year? Only if we all think very clever, say experts

Faced with different lockdown levels, outside-the-box thinking is desperately needed so learning can go on

Whatever you do, do not pay a lockdown admission of guilt fine: lawyers

If you pay you will have a criminal record, when in many cases your legal rights have in fact been violated

Lockdown rules are based on science, insists Cyril as court cases loom

He says the government welcomes all dissenting opinions, but nonetheless sticks to his guns

The worst affected could be sick for up to a month, with no clear consensus as to what full recovery means

Be very careful who you parole, begs murdered girl’s mom

As 19,000 are set to be freed to help stop Covid-19, government is urged to ensure SA’s safety remains paramount

The convicted couple, who robbed a jewellery store, have been on the run since 2018

For the moment, however, he is aiming for a place in the team and a stretch on the pitch

EDITORIAL | There are 19 ways to lie, but truth never dies

There’s a difference between misinformation and disinformation, but it’s only a matter of degree

Tweets, twits, terror: in a time that makes no sense, nonsense goes viral

With no information we can trust and understand, South Africans are bickering and resorting to dogma

Witch ever way you spell it, just don’t stick it on a hedgehog

ONLY FANS South Korean football club FC Seoul apologised after reports that it had used sex dolls to fill up the stands during a game.
Image: Yonhap/AFP

Residents from Senwabarwana in Limpopo went on the rampage and burnt down a house belonging to an elderly woman who they believe was behind the death of a 14-year-old girl, Limpopo police said on Monday. The incident occurred on Sunday. Brig Motlafela Mojapelo said the girl, Morongwa Marakalala from Silvermine village, went missing on May 5. Her body was found on Sunday on a hilltop at Driekoppies. Autopsy results would confirm the cause of death, but she had been “found partially burnt and her hands and feet had been tied”. Residents believed the elderly woman was behind the killing. It was not immediately clear why they suspected the family of being behind the incident. The family members escaped the incident unscathed. Thirteen people were arrested on an arson charge.

The Hawks have intercepted a truck carrying cocaine worth more than R30m on the N1 at the weekend. Hawks spokesperson Lt-Col Philani Nkwalase said officers from the SA Narcotics Enforcement Bureau, acting on a tip-off, intercepted the truck destined for Cape Town at a petrol station on the N1 in the early hours of Sunday. The truck's container was loaded with cocaine worth about R30,4m. “Members seized a total of 38 packages containing cocaine and weighing 1kg each. Preliminary investigations have established the container came from abroad and transited through different provinces before making its way to Cape Town,” Nkwalase said. A 37-year-old man was arrested and the truck was seized.

A clandestine operation by law enforcement authorities in Citrusdal led to the arrest of four men for the possession of rhino horn and indigenous plants. The police’s stock theft unit in Malmesbury and Vredendal crime intelligence members teamed up with CapeNature for the operation on Saturday. According to Western Cape police spokesperson Col Andrè Traut, the operation led to the arrest of four men, aged 23, 30, 36 and 46. “They were in possession of a variety of protected flora and a rhino horn. The value of the confiscated items is yet to be determined,” said Traut. SA’s indigenous plants, including the sceletium and conophytum families of succulents, have entered the illicit market as a lucrative product for organised criminals alongside wildlife products such as rhino horn, abalone and west coast rock lobster.

A plan to allow private beaches in Nice to expand into stretches that were previously free to the public has provoked a bitter row amid accusations of "segregation by money". Christian Estrosi, the conservative mayor of the town, says granting beaches that charge for admission an extra 15m in width is a temporary measure to help them maintain social distancing without drastically reducing the number of customers. But left-wing politicians accused him of cronyism and imposing "segregation by money at the expense of the poor". – © Telegraph Media Group Limited (2019)

A pair of Air Jordan sneakers worn in a game by Michael Jordan have sold for $560,000 (R9.2m) at Sotheby's auction house, an all-time record for basketball shoes. The white, black and red shoes, made for Jordan in 1985 and autographed by the NBA legend himself, dethroned the reigning "Moon Shoe”, one of Nike's first sneakers, a pair of which sold in July 2019 for $437,000, also at Sotheby's. The latest sale highlighted the soaring market value of objects identified with the retired basketball superstar since the release of The Last Dance, an ESPN/Netflix documentary that chronicles the saga of Jordan and his Chicago Bulls. - AFP

Night at the museum ends in front of judge

Australian police have charged a German student with breaking into a Sydney museum as security footage showed him allegedly taking selfies next to dinosaur exhibits. New South Wales police said Paul Kuhn broke into the Australian Museum on May 10 at about 1am, using nearby scaffolding, before exploring the exhibits for 40 minutes. "He's taken some selfies with some of the displays. He's also stolen a hat and a picture [from] the wall and eventually left," Sean Heaney, chief inspector, said. The 25-year-old appeared in court on Monday on charges of stealing a cowboy hat and a piece of artwork. He was granted bail on the condition that he surrenders his passport and adheres to a curfew. - Reuters 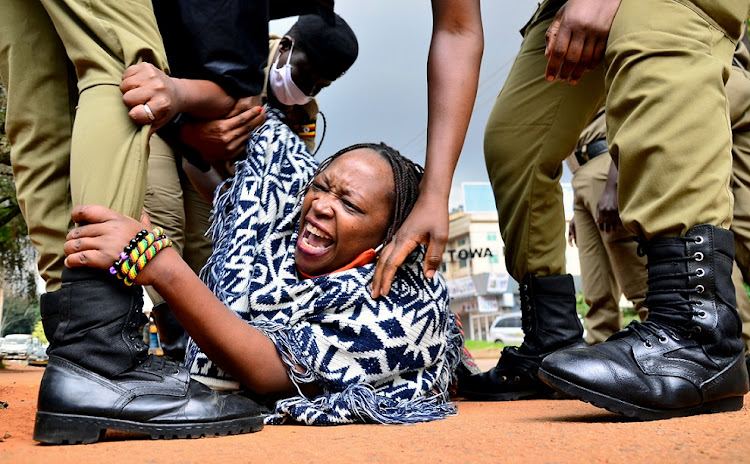 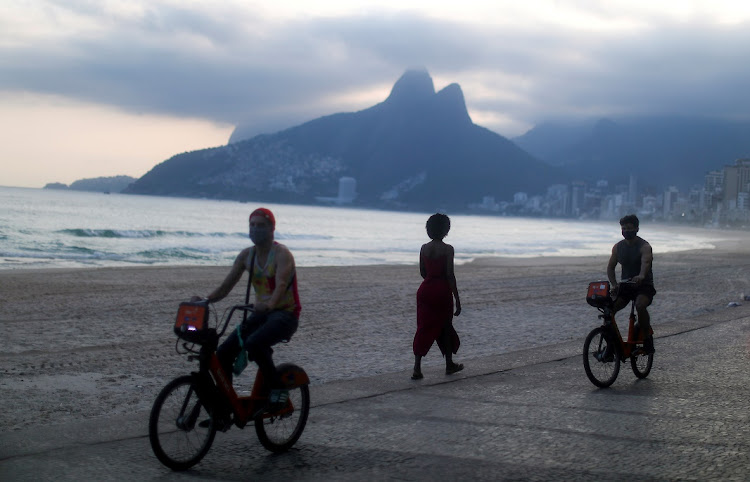 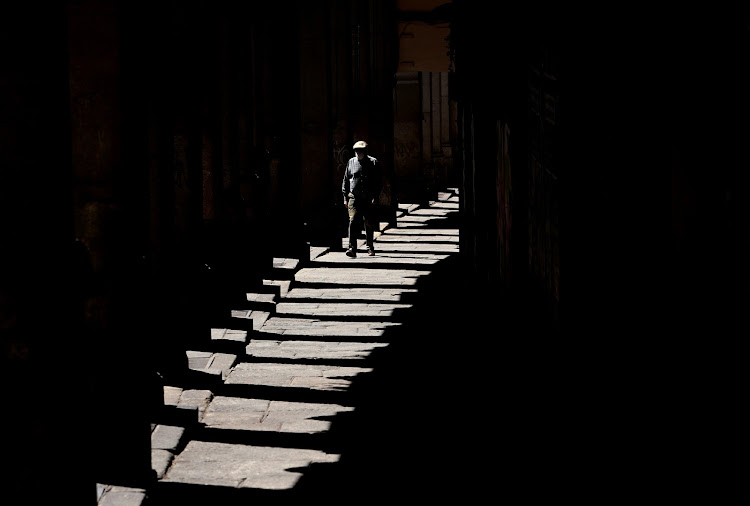 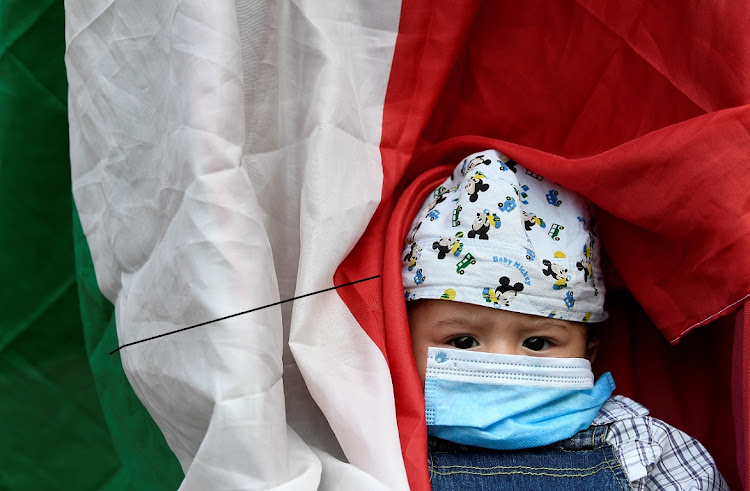 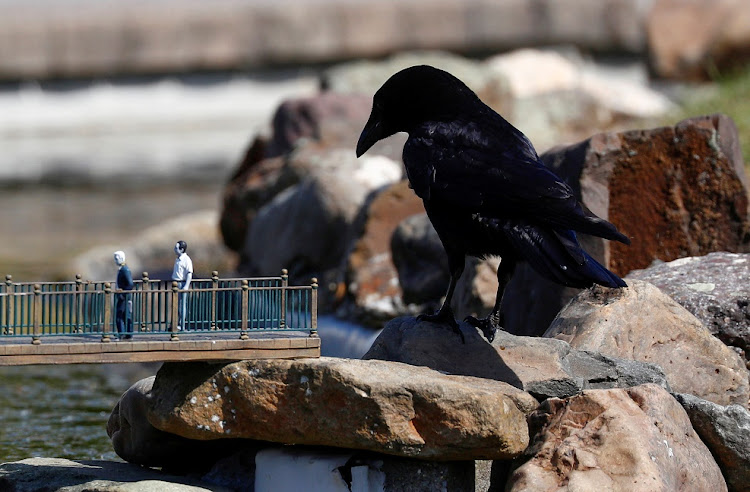 The art world has been remarkably adept at adapting to lean times, with a transition from studio to cyberspace

Blast from the past: Proteas bloom, Sharks drown

Today in SA sports history: May 19