You hoped Cyril would give details on easing lockdown? No such luck

Most of SA will move to stage 3 at month’s end, but what that means will only be revealed after yet more consultations

Here’s the kind of leadership SA actually needs from Cyril

When the president spoke on Wednesday night, South Africans hoped to hear a speech more like this

Ramaphosa’s Western Cape trip off after premier goes into quarantine

Winde isn’t sick, but had an interview last week with eNCA cameraman who died of Covid-19

A doctor treating Covid-19 patients examines why many are not taking the vital test, and explains what to do

Most of these deaths are preventable, while their problems are far from over if they do survive, a study has found

Before it was good as gold for Huck Finn it was ...

Family members and funeral workers carry the coffin of a 51-year-old man who died from coronavirus at a cemetery in Cape Town.
Image: Reuters/Sumaya Hisham

For the fourth year in a row internet banking topped the list of complaints fielded by the office of the Ombudsman for Banking Services in SA in 2019. Credit card fraud and ATM complaints came in in second and third, with the former having had the biggest increase compared with 2018. In the office’s annual report for 2019, released online on Wednesday, ombudsman Reana Steyn said all three of the top categories involved an element of fraud and theft committed by cyber fraudsters. In one case, a bank had treated its customer anything but fairly - by enabling a fraudster to gain access to and raid her bank account, and by not accepting responsibility for that. The office formally opened 6,472 cases during 2019, and ruled in favour of complainants in just 28% of cases.

KwaZulu-Natal premier Sihle Zikalala has had to remind churches that the country is still on level 4 of lockdown and gatherings are still prohibited, including religious gatherings. This follows the circulation on social media of a document titled “Return to church guidelines from May 21”, purported to be a guideline for the reopening of churches during level 4. The document is not attributed to any church or religious organisation. “As a country we are still in level 4 and churches are clearly not operating,” said Zikalala. The premier said he understood that churches were struggling and had been hurt by the Covid-19 crisis. However, he appealed against the contravention of the regulations.

Police in the Western Cape say they have stopped two consignments of illegal cigarettes worth R322,000 reaching the black market. One consignment was being smuggled from the Eastern Cape and the other from Polokwane. Spokesperson Capt Malcolm Pojie said a bakkie loaded with pineapples was being driven by a “nervous” man when it was stopped at the Tsitsikamma toll gate on the N2 on Tuesday. “A vigilant member attached to the Tsitsikamma K9 (Knysna Dog Unit) pulled the vehicle over and searched it. As the member moved some of the pineapples aside on the back of the bakkie, he discovered eight boxes filled with 50 cartons of cigarettes to the estimated value of about R200,000,” said Poje. The cigarettes were destined for George. The 30-year-old driver was arrested. Col Andrè Traut said a 33-year-old man was arrested in Grassy Park, Cape Town, when “illicit cigarettes valued at R122,000 destined for the black market” were seized.

The French champagne industry suspended early sales on Wednesday in an effort to support prices and deal with a huge stock overhang, made worse by the coronavirus pandemic. Coronavirus lockdown orders worldwide have put a huge dent in sales, with lost revenues estimated at €1.7bn (about R33,8bn). The Comite Champagne that regulates the industry banned, until June 8, the pre-sale of bottles still in the fermentation process to prevent retail prices from falling steeply. Champagne makers usually pre-sell 10 to 15 million bottles a year. But with global excess estimated at 400 million bottles, the ban was a first emergency step and further measures will be announced at the end of the month, said Jean-Marie Barillere, co-president of Comite Champagne. "It sends shivers down your spine," he said, adding, "Companies are going to disappear." - AFP

Lesotho recorded its first case of Covid-19 on Wednesday, becoming the last country in southern and East Africa to be afflicted by the virus. The health ministry said it had tested 81 travellers from SA and Saudi Arabia, one of whom was positive. The disease has struck at a time of political uncertainty in Lesotho, with prime minister Thomas Thabane due to step down by the end of next week after his coalition collapsed in parliament. His exit would clear the way for a solution to a political crisis that erupted late last year, when he and his wife, Maesaiah Thabane, were accused of murdering his former wife, Lipolelo Thabane, nearly three years ago. They deny the charges. - Reuters

Hundreds of Iranians took advantage of the temporary opening of mosques on Wednesday to pray at Ramadan. Worshippers spilled into grounds outside the Reihanat al-Hussein mosque, in west Tehran, where they were disinfected by a worker in a hazmat suit. Iran reopened the mosques for two hours from midnight for Laylat al-Qadr, a high point during the fasting month. The Islamic republic shut mosques and shrines in March to contain the Middle East’s deadliest outbreak of Covid-19, which has claimed 6,800 lives in Iran. Health minister Saeed Namaki  sounded a note of caution on Tuesday as he announced the special reopening for three out of the next five nights. On Wednesday he said it had been a "difficult and risky decision ... criticised by some of my colleagues". -AFP 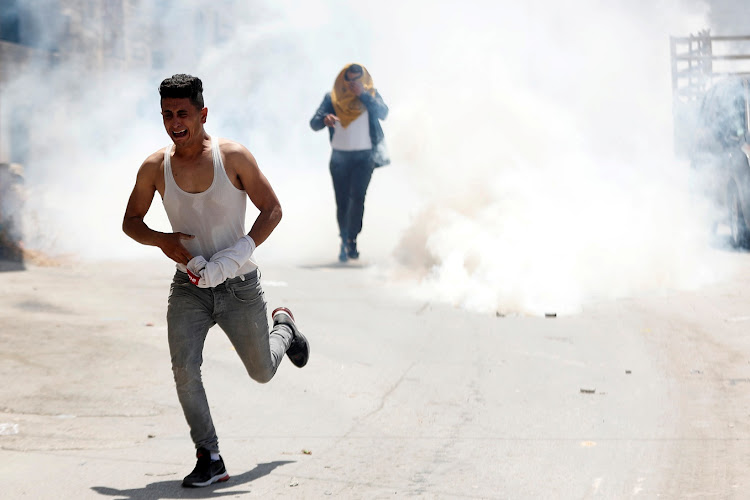 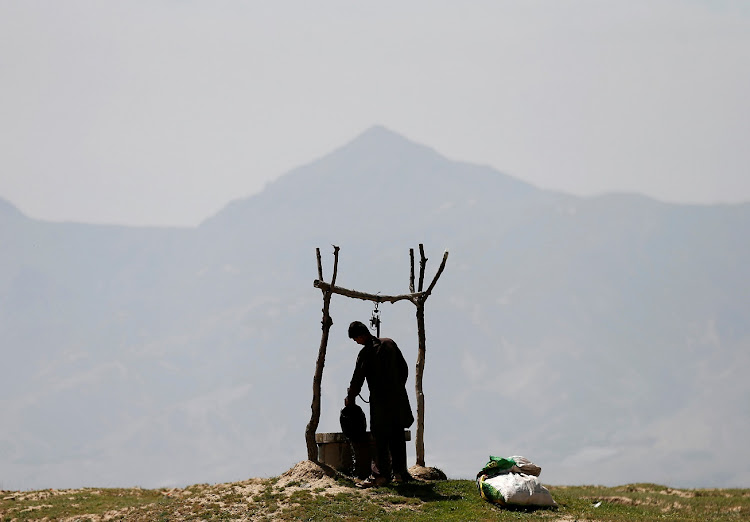 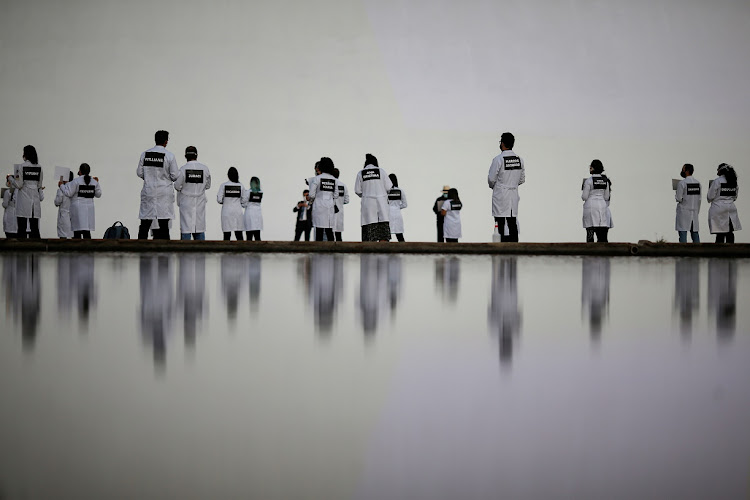 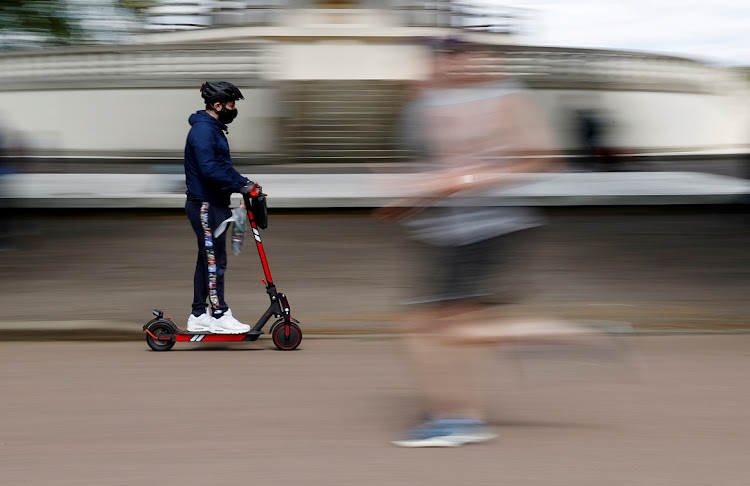 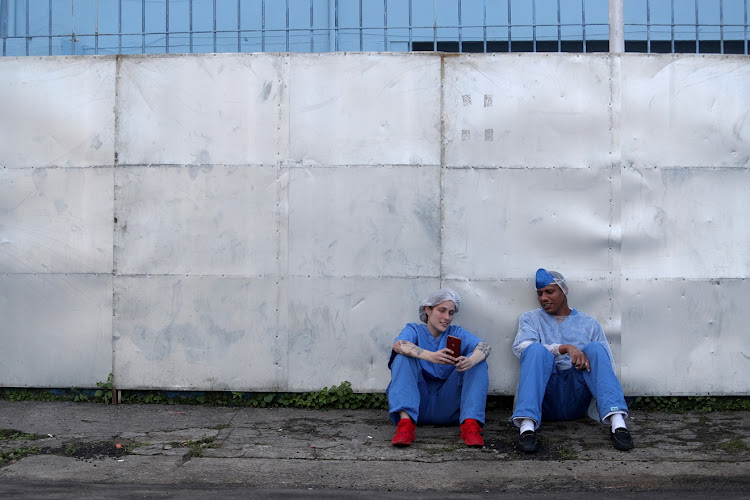 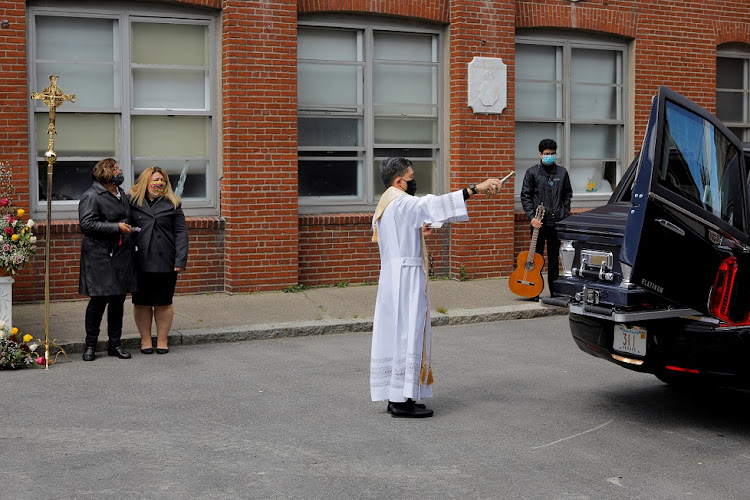 All the right mauves: how Chanel channeled the Namib

DIY skincare lockdown style comes straight out of the pantry

Missing your monthly facials? Skincare products starting to pinch your pocket? Learn to craft your own

Blast from the past: Evert-Lloyd unmatched as tennis greats gather

Today in SA sports history: May 14