To ease lockdown or not? It’s a question of tricky trade-offs

As frustrations rise around when people return to work en masse, experts say a careful balance must be struck

The state says lockdown is working. Really? We’re dying for the numbers

We grope for our own stats to work out where we are, but it’s Cyril and Zweli who need to give us the facts

As court battle looms, government says it will not release NCC minutes related to tobacco products

How I rode out quarantine in a caravan

Let’s face it, masks can make matters even worse for health workers

Skin specialists are seeing an increasing number of health-care workers with allergies, irritations and cuts

First a manhunt, then a video of a battered teen’s body, now anger

In the developing story of Covid-19, they strive to report the facts, not hoodwink readers or push an agenda

It’s hysterical bull, but the pox of anti-vaxxer ...

WHAT'S OUT THERE? A migrant wears a bandana as he leaves a building in the Kwa Mai Mai area in Johannesburg.
Image: Marco Longari/AFP

Cops nabbed for allegedly robbing shop of cigarettes Two police officers, one of them in his uniform, allegedly stormed into a spaza shop and robbed the owner of an undisclosed amount of cash and 25 cartons of cigarettes at the weekend. The officers, who are attached to the Roodepan police station, were allegedly accompanied by a civilian accomplice at about 6pm on Saturday. The three were arrested on Sunday. Northern Cape commissioner Lt-Gen Risimati Shivuri, has condemned the involvement of two police officers in the business robbery. The officers were arrested at their place of work. Their accomplice was arrested at his residence in Roodepan. The civilian was found in possession of an undisclosed amount of cash, which was seized.

You’ll get pulleyed pork at dinner for one

A coronavirus-resistant restaurant in a meadow in Sweden with just one table and one chair has welcomed its first guest. The pop-up restaurant named Bord for En (Table for One in English) has no waiters and the food is delivered to the table in a basket from the kitchen window via a pulley system. Upon arrival, the guest is guided to the table by another rope that leads into the meadow. "Once the rope ends, there's the chair and the table," chef Rasmus Persson said, adding that the first basket to arrive at the table would carry a drink. Persson, who founded the restaurant with his partner Linda Karlsson, said they had the idea when her parents visited in March and he prepared a table for them outside and served a meal through a window. - Reuters

Lockdown took on a whole new meaning for a man who found himself dangling upside down and trapped in a window while allegedly trying to break into a house in Klerksdorp, North West. Provincial police spokesperson Col Adele Myburgh confirmed the incident, which was captured on video, occurred in the early hours of Saturday. In the video, the suspect can be seen with his head down and wearing a blue sweater. He struggles to release himself from the window, leaving blood stains on the wall from his hand while crying out in pain. He calls out to a woman inside the house, who is filming him, asking her to let him explain. Myburgh said the incident took place at about 4.55am. The man was arrested. He was not seriously injured.

Italy plots the rice and fall of pasta

Europe's top rice producer Italy has seen consumption of the staple rise throughout the coronavirus pandemic, putting even pasta in the shade. It's not just popular at home either - China itself has even signed a deal to import Italian rice. The Chinese have their eyes on varieties used to make typical risotto dishes such as Carnaroli, Arborio, Roma or Baldo. "It is because our rice is better quality than that cultivated in China," says Stefano Greppi, Pavia province president at Italy's main agricultural union Coldiretti. The agreement allowing Italy to export rice to China is a boon for producers in the provinces of Pavia, Lombardy, Vercelli and Novara, which between them account for 95% of national production. "It's a bit like selling ice cream to the eskimos," quipped daily Il Corriere della Sera. - AFP

The Lindela Repatriation Centre is in “good standing” and the health systems inside are “quite impressive”, ANC MP and former state security minister Bongani Bongo said on Monday. Bongo, who chairs the National Assembly’s portfolio committee on home affairs, was speaking after a site inspection at the centre. At least 37 illegal foreigners escaped from the centre on May 3 after allegedly being helped by security guards contracted by a private company. Despite the escape by the undocumented migrants, Bongo said the facility was in a “good state”. He said more than 900 illegal migrants were deported to Mozambique, Lesotho and Zimbabwe at the weekend. Just over 500 deportees, mainly from Malawi, remained at the centre.

Ikea has said it will take "more careful" security measures in its shops in China after an explicit video of a woman masturbating in one of its stores went viral online. The clip shows a woman pleasuring herself half-naked on various sofas and beds in the furniture store's showroom, while oblivious shoppers walk by in the background. While uncensored versions of the video have been scrubbed from Chinese social media, the Swedish company's response to the clip gained nine million views."We resolutely oppose and condemn this kind of behaviour, and immediately reported it to the police in the city of the suspected store," Ikea said, without revealing the name of the branch. The identity of the woman and the person who filmed it have not been revealed. - AFP 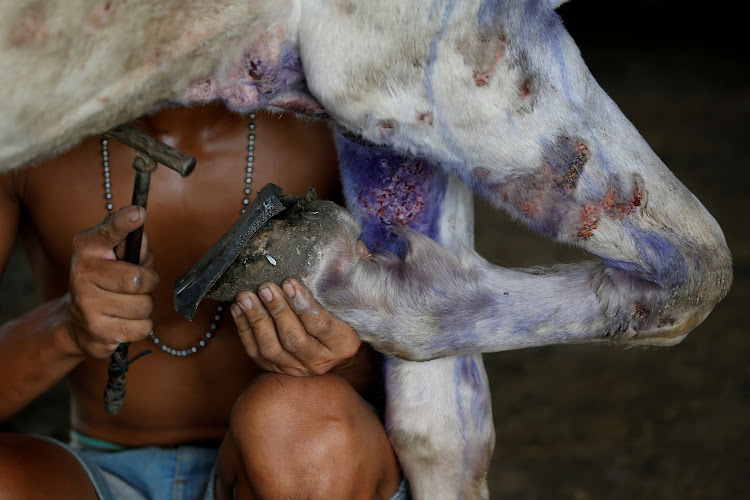 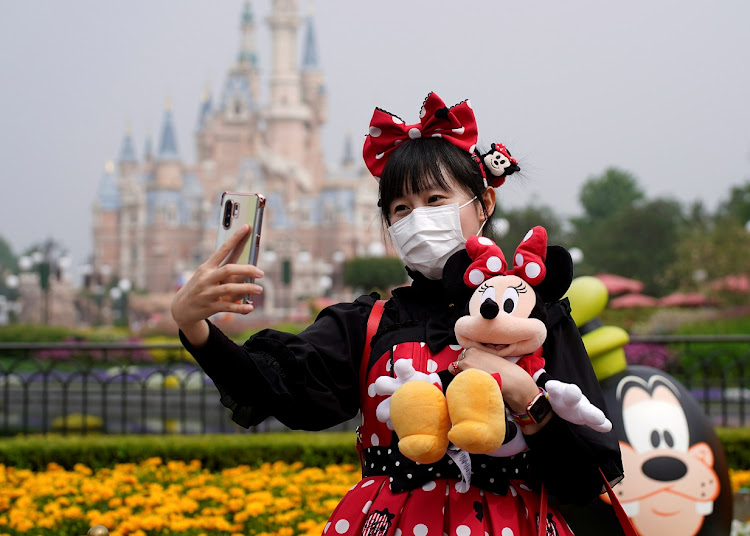 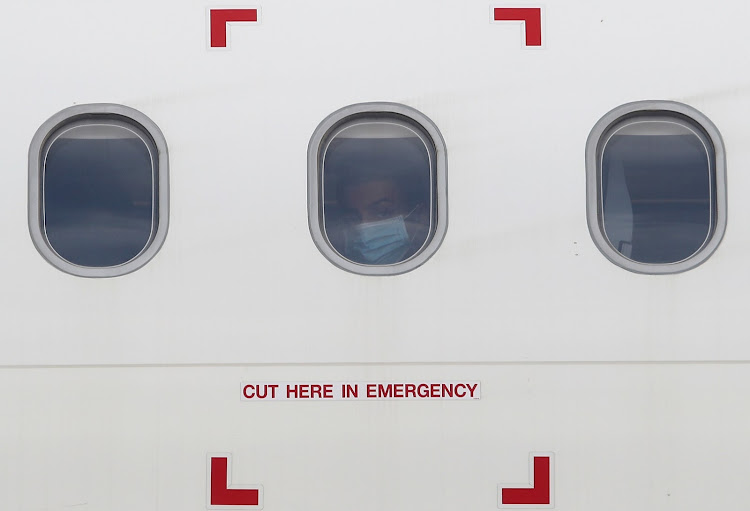 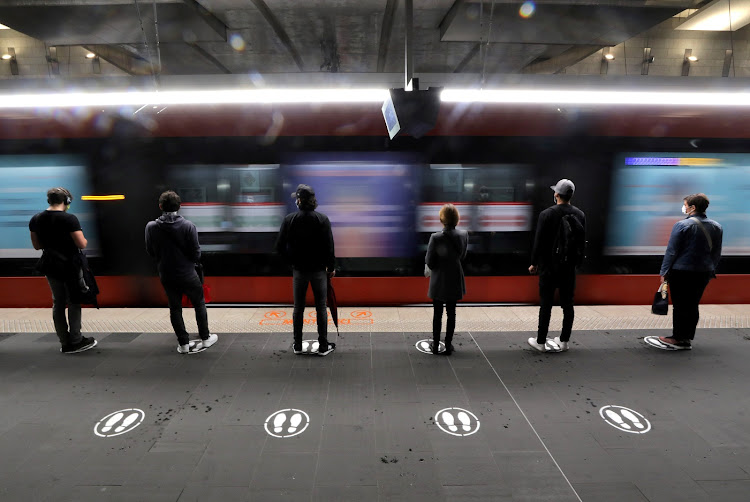 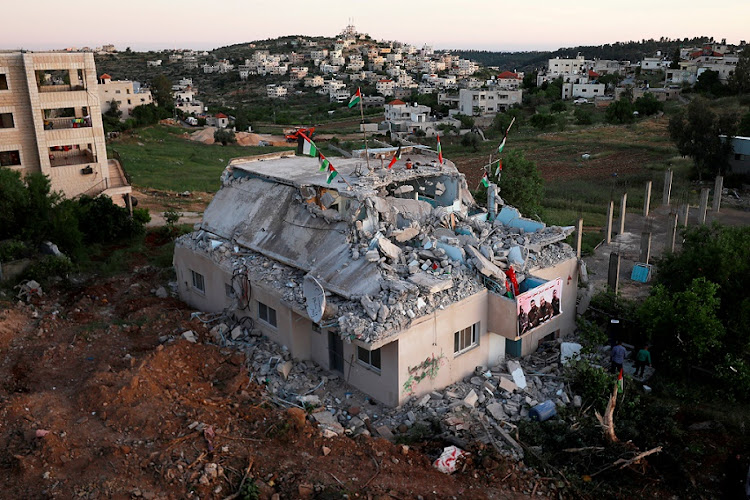 Pandemic paints a grim picture for the art industry’s future

While the value of art will remain stable, the entire industry is set to be reshaped by Covid-19

Culture from your couch: seven top art museums you can tour online

Blast from the past: Sanders gives Bispo Brazilian whacks

Today in SA sports history: May 12