The parliamentary Zoom frisson is an absurd story, but to SA’s politicians it must be utterly, utterly nightmarish

Deputy president’s office, when asked for comment on the allegations, directs the questions back at young Zuma

If you are a survivor of the virus, your blood and saliva are vital in helping save the lives of thousands

Fredie’s turning 116 and all he wants is his cigs

He’s possibly the world’s oldest man, but his birthday on Friday will be a glum affair without his beloved tobacco

All the bells and whistles: why HHP’s customary marriage is legit

While traditional rituals evolve, the Appeal Court has distilled three requirements for a customary union to be legal

Call to alms: they asked the needy to feed the hungry, and this happened

When NGOs asked desperate locals to help those in greater need, they pulled together – and then some

Final construction of vital KZN facility may have to stop, while community worries about influx of infected patients

EDITORIAL | If ever medaids needed to have a ...

Not much call for the voice – but will screens ...

DISTANCE IS ESSENTIAL The City of Johannesburg rolled out a screening and testing campaign for essential services at various sites.
Image: Alon Skuy

SA Breweries has likened provisions of the lockdown to the Prohibition in the US in the 1920s and 30s when criminals cashed in on illicit trade and consumers were exposed to hazardous brews. The company also warned that it may have to dump 130 million litres of beer - about 400 million bottles - at its brewing facilities, which have run out of space to legally store alcohol. Under lockdown rules the transport of alcohol is banned, preventing the company from taking the product to depots and warehouses for storage. “SAB is not legally allowed to store brewed beer once it reaches a certain capacity. Once breweries reach permissible limits, the alcohol needs to be stored at offsite SAB-owned facilities. As the movement of alcohol is not permitted the beer would in this unique instance need to be destroyed,” the company told eNCA on Thursday.

Western Cape police have arrested seven people in connection with the shooting outside the home of Cape Town attorney William Booth. According to Western Cape police spokesperson Col Andrè Traut, five men and two women were arrested in Woodstock on Wednesday night. This followed an appeal for information on Wednesday. “The suspects are being questioned by detectives and court appearances are yet to be scheduled.” Booth, the latest lawyer to be targeted in shootings in Cape Town, is considered one of the top organised-crime lawyers in the city, representing clients such as alleged underworld figures Mark Lifman and Andre Naude.

A woman recorded on video allegedly assaulting and hurling racial insults at another motorist after a Johannesburg bumper bashing incident has been arrested. Police spokesperson Capt Mavela Masondo said she was arrested in Florida on Thursday. She is expected in court on Friday. Siphosethu Ngomane shared a recording of the confrontation on Twitter, catching the attention of Gauteng community safety MEC Faith Mazibuko. The minute-long clip started with the two exchanging words over whether Ngomane, whose vehicle was in front, had a driver's licence. Masondo said the incident happened on Golf Club Terrace Street in Florida on May 4.

Emptied streets below Frankfurt's towering skyscrapers, people desperate for human contact after endless video calls and lockdown enforcement mark one of the winners at this year's Lichter film festival in Germany's financial capital. Last week's regional feature film winner Live isn't an up-to-the-minute documentary, but a near-future thought experiment that brewed for years in the head of director and screenwriter Lisa Charlotte Friederich. Since the virus began taking over headlines and sweeping aside public life, "we've had to get used to the idea that we've made a film that's very similar to what we're all experiencing now," Friederich said. The movie was in fact inspired years earlier by the wave of deadly terror attacks that swept Europe in 2015-16. It depicts a world where an oppressive government has locked down all gatherings of people to minimise risk from an ideologically nebulous threat. - AFP

Honduran authorities seized 211kg of cocaine on Wednesday after searching a speedboat called "The Little Mermaid" in a joint operation with the US and Colombia, officials said. The boat's crew had "escaped" after spotting authorities in the Caribbean Sea, the Honduran Technical Criminal Investigation Agency said. Agents found the drugs in "false compartments" in The Little Mermaid's seats, the agency added. Honduras has long been an international corridor between the major South American drug-producing countries and the US market. Authorities there frequently conduct combined operations with the US and Colombia to fight the cartels. - AFP

‘Himalayan Viagra’ gets stiffed by virus

The lucrative annual trek to harvest a caterpillar fungus nicknamed "Himalayan Viagra" that can fetch three times the price of gold in China will be banned amid Nepal's coronavirus lockdown, officials said on Thursday. Yarchagumba is found for a few weeks above 3,500m and forms when the parasitic fungus lodges itself in a caterpillar, slowly killing it. Officials said the restrictions imposed by Nepal's lockdown meant harvesting the fungus would be banned in 2020. Many Himalayan communities are financially dependent on collecting and selling the fungus, with some earning most of their yearly income from a few weeks of harvesting. People in China and Nepal have in the past been killed in clashes over the elusive fungus. Although no definitive research has been published proving its beneficial qualities, Chinese herbalists believe it boosts sexual performance. - AFP

Thulasizwe Ntshangase is one of over 200 people in Olievenhoutbosch township, north of Joburg, who work for The Wheelbarrow Association. They run a service that, for a small fee, delivers food parcels during lockdown. 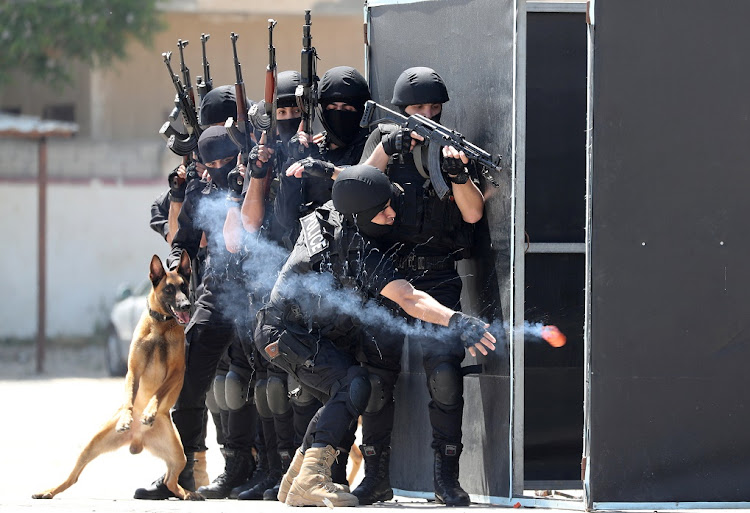 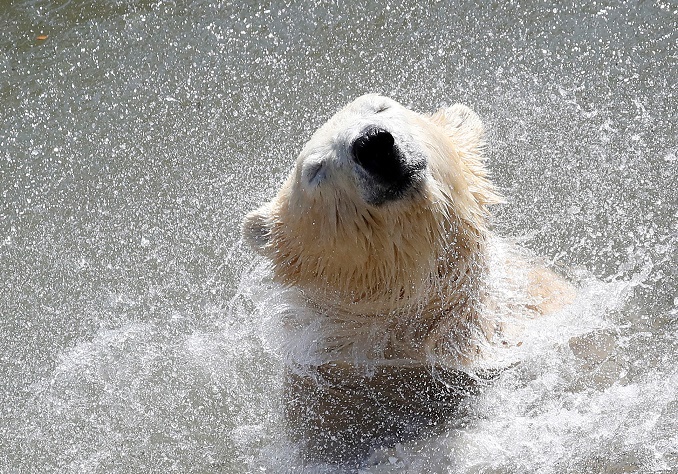 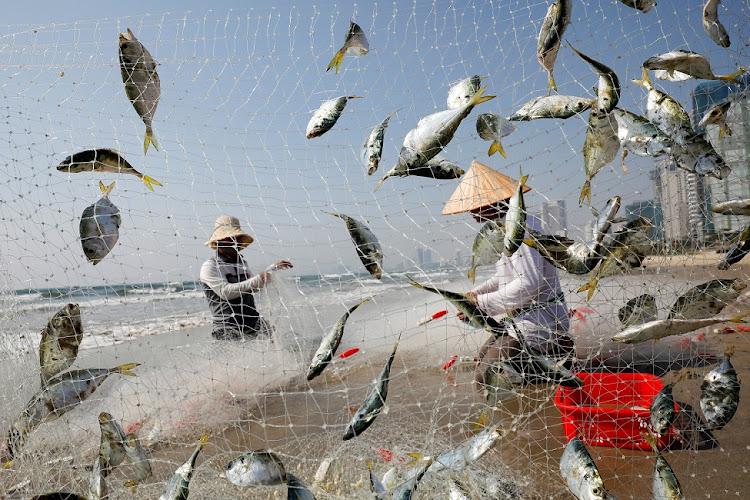 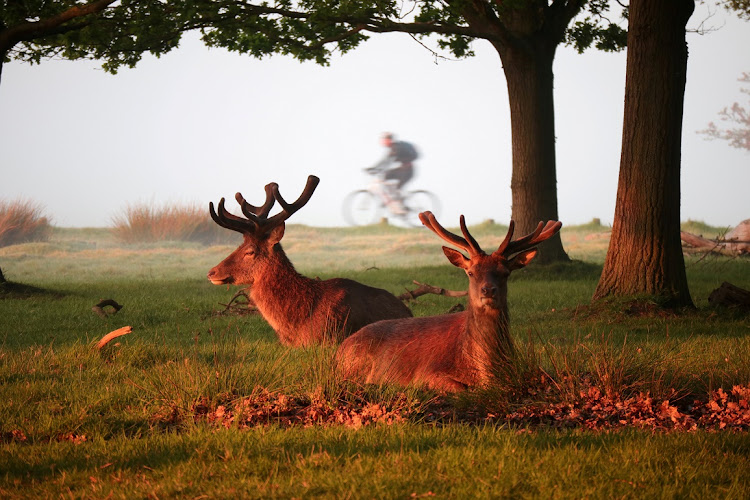 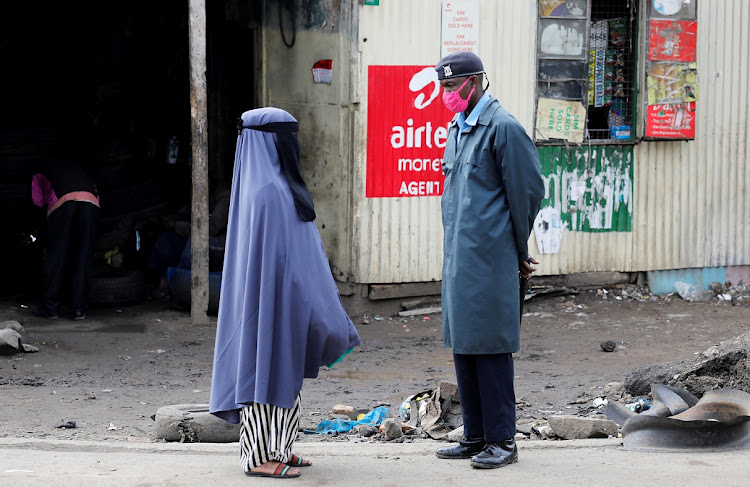 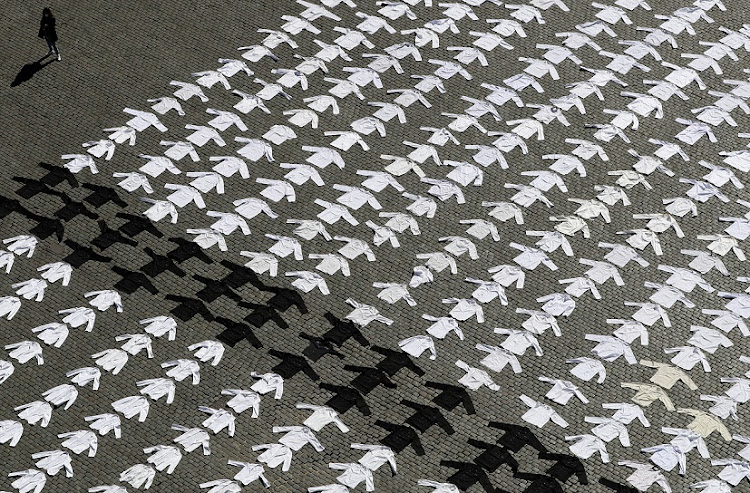 Blast from the past: Craemer knockout a low blow ...

Today in SA sports history: May 8