Sars recently raided a cigarette plant, in production despite ban, but won’t divulge who it is linked to

There is nothing wrong with changing one’s mind, the president says

Engaged Port Nolloth pair said to have been inseparable, as the bottles they used are sent for tests

A South American firm has got nothing to whine about. It will be able to apply for a R1,4m tax refund

The helpline says children are ingesting hand sanitiser, with 90% of incidents from ‘accidental exposure’

It’s easy for Sassa to pass off Monday’s grants’ debacle as a ‘system glitch’. Its employees get regular salaries

Conspiracy theories are bad for us, but so is 5G

I don’t enjoy the 5G conspiracy theorists, but in at least one respect, I have something in common with them

Experts say radical but possible change and innovation are crucial, and Covid-19 has hastened the need

WE ARE SURFERING! Police made arrests on Muizenberg beach after a group of about 30 people descended on the beach suburb and demanded the right to surf during lockdown.
Image: Esa Alexander

Man arrested for rape of teen over months

A 38-year-old man has been arrested after he allegedly raped a young girl from Klerksdorp, North West, over several months. Police spokesperson Brig Sabata Mokgwabone said the 15-year-old girl from Hartbeesfontein was allegedly raped between April and August 2019. Mokgwabone said the matter was only reported to police on April 30 2020. The man handed himself over to police on Monday. He was expected to appear in the Klerksdorp Magistrate’s Court on Tuesday.

The R37m fence at the Beitbridge border separating SA and Zimbabwe was hardly up a day before trespassers cut through it to smuggle in contraband. And the presence of military personnel along the border has done little to repel desperate Zimbabweans and criminals from crossing over to this country. “The fence was hardly up for one day and the crooks came through with cases of cigarettes and smuggling food, and all of that,” an exasperated Patricia de Lille told MPs on Monday. “What must be condemned in the strongest possible terms is the criminality that is taking place in our borders. The crooks are always one [step] ahead of us and where we were asked to replace the fence was specifically where they call it the hot spots.” She had asked defence minister Nosiviwe Mapisa-Nqakula on April 4 to make the national defence force available to patrol the fence regularly, but “even that is not helping".

A Durban man, who heard his kidnappers discuss whether to release him or kill him for body parts, says he owes his life to Durban metro police. The eThekwini municipality said on Tuesday the 36-year-old praised officers for their "valiant efforts in a dramatic rescue" after he was kidnapped and held in Inanda, north of Durban, for 19 hours. The man was brutally beaten while kidnappers demanded a ransom from his family and friends. Working with the police, the man’s family arranged a ransom exchange where one man was arrested. The kidnapped man said he planned to hand over a cake with the police logo to those who saved his life. “It’s not much but I want to show the officers how grateful I am,” he said.

Comair into rescue, doesn’t expect to fly till October

Comair, which operates Kulula and British Airways, on Tuesday announced it would go into business rescue to “safeguard” the interests of the company and its stakeholders after the Covid-19 crisis disrupted the implementation of a turnaround plan. It does not expect to take to the skies again until October or November. Comair chief executive Wrenelle Stander said the company, which reported a half-year loss of R564m, faced an unprecedented situation following the lockdown. “We completely understand and support the government’s reasons for implementing the lockdown. However, as a result we have not been able to operate any flights. Now that the phased lockdown has been extended, the grounding is likely to endure until October or even November. These extraordinary circumstances have completely eroded our revenue base while we are still obliged to meet fixed overhead costs. The only responsible decision is to apply for business rescue,” Stander said.

Chinese state media reported the ‘successful’ launch of a new rocket, a major test of its ambitions to operate a permanent space station and send astronauts to the moon. The large carrier rocket Long March 5B took off from the Wenchang launch site in the southern island of Hainan, and a prototype spacecraft with no crew separated and entered its planned orbit, according to the official Xinhua news agency. – AFP

Painter takes Caravaggio to the streets

Londoners locked out of galleries can find an alternative art fix on a wall under under some railway arches after street artist Lionel Stanhope painted a Caravaggio classic, updated for the coronavirus age. The Italian master’s ‘Supper at Emmaus’ is usually available to view at the National Gallery in London, but with that shut, Stanhope’s giant interpretation is now on show in Ladywell. – Reuters

Thandi Thabethe, 53, was arrested in Dobsonville, Soweto, on April 23 for selling atchar without a permit during lockdown. Thabethe's arrest was recorded on video and circulated on social media. Despite being released from her holding cell, Thabethe still faces some backlash from her community after returning home. 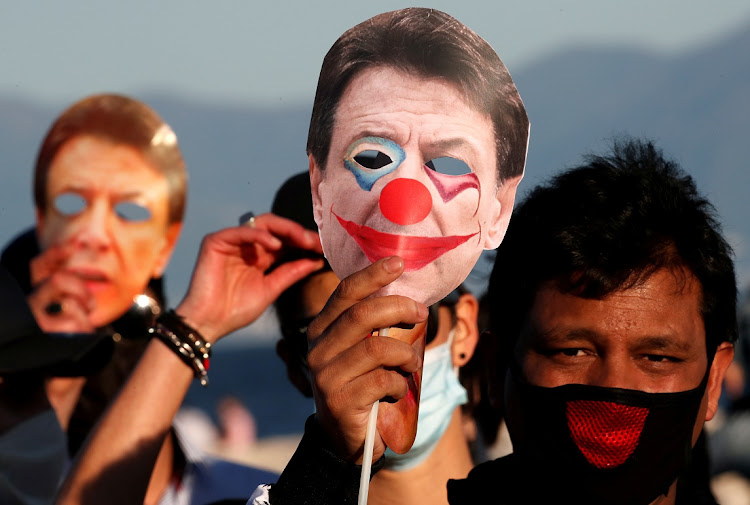 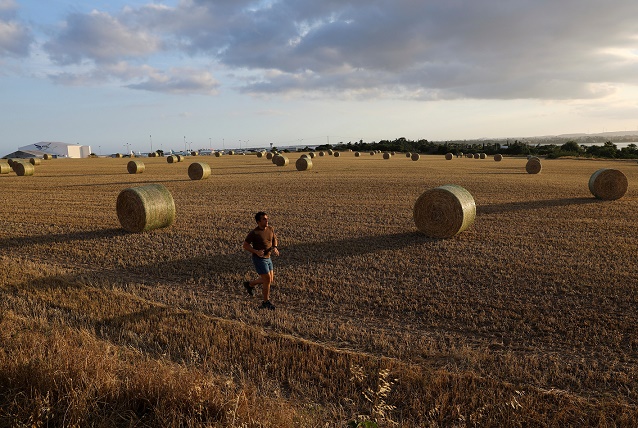 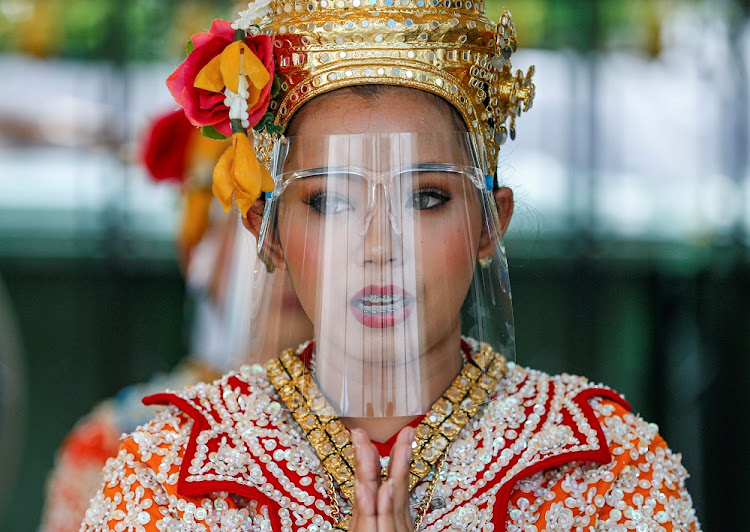 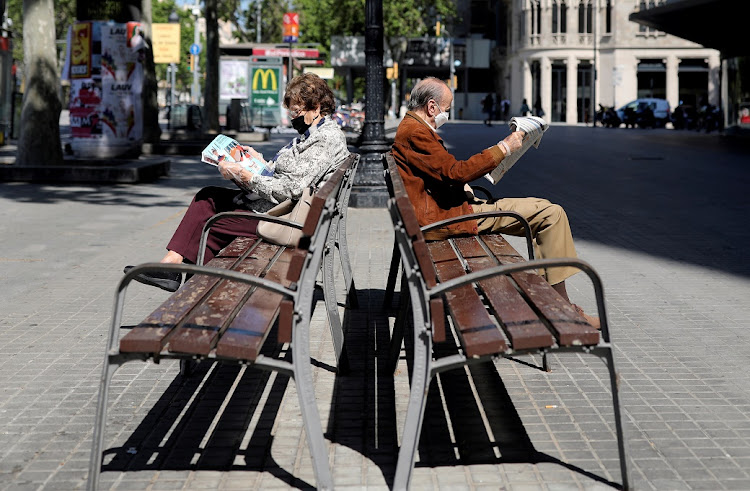 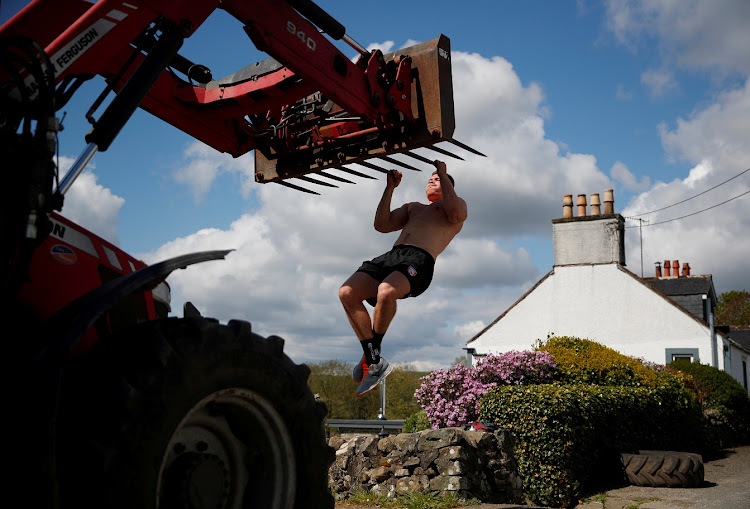 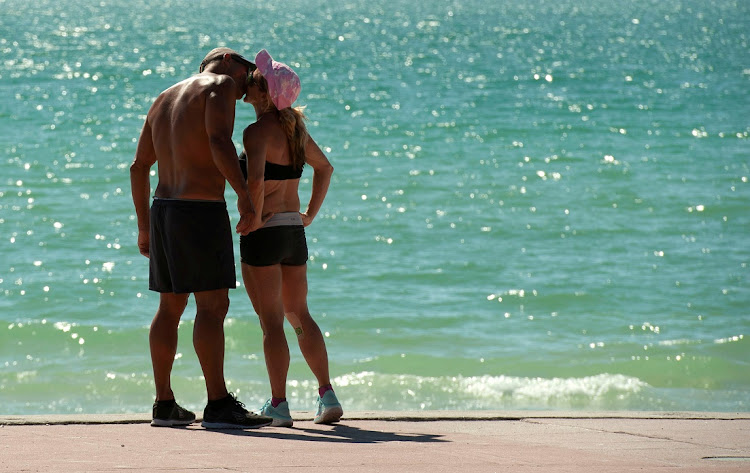 Far more people may be immune: scientists shake up the ‘week of truth’

165,745 have tested positive in Germany, but a study suggests 1.8 million across the country have been infected

From Bolsonaro’s deadly indifference in Brazil to Bukele’s El Salvador crackdown, this is the new virus epicentre

Zoom has the lead, but the video-chat race has just begun

With an unexpected rise in calling services, Facebook, Google and Microsoft are left to play catch-up

Crashing market: plane-leasing sector flies into a world of trouble

Many firms that provide jets to carriers in rental deals won’t survive as Covid-19 kills off business, experts say

Even when you’re a top chef, sometimes only mac n cheese will do

We chat about cuisine and an industry under lockdown with Graham Neilson, executive chef at 9th Avenue Waterside

Simply support your favourite eateries, then you won’t feel so bad

Yearn for a Stern? Ache for an Aikman? Here’s your chance to own one

Blast from the past: Kirsten leads a Windies wipeout

Today in SA sports history: May 6