Cig smugglers have to eat, too, you know. So shut up you unpatriotic lot!

This is one of the 10 important changes to daily life thanks to new lockdown rules. Read it and suck it up

I don’t approve of the booze and cigarette bans, says Tito Mboweni

‘You can’t reopen SA without reopening the air’

As it suffers through slashed salaries and unpaid leave, airline industry says the days of cheap flights are over

The golden age of air travel is over for good, says Heathrow boss

‘I fainted’: widow only told after cop’s death that he was Covid-19 victim

What’s more, she had to hear the devastating news from the undertaker. The hospital is probing the lapse

There’s a leopard on our stoep: double fear for Pretoria family

Apart from concern about their safety, the Hennops family is worried the animals might be poached

Rubbish ending up in the sea is forcing hermit crabs to find new shelters, threatening to upend the marine food chain

MultiChoice had better heed people of Frustrationville: stale repeats don’t cut it. Come to the party like other big ...

Moonshine moniker is too tame for scoffing ‘Trump of the tropics’ 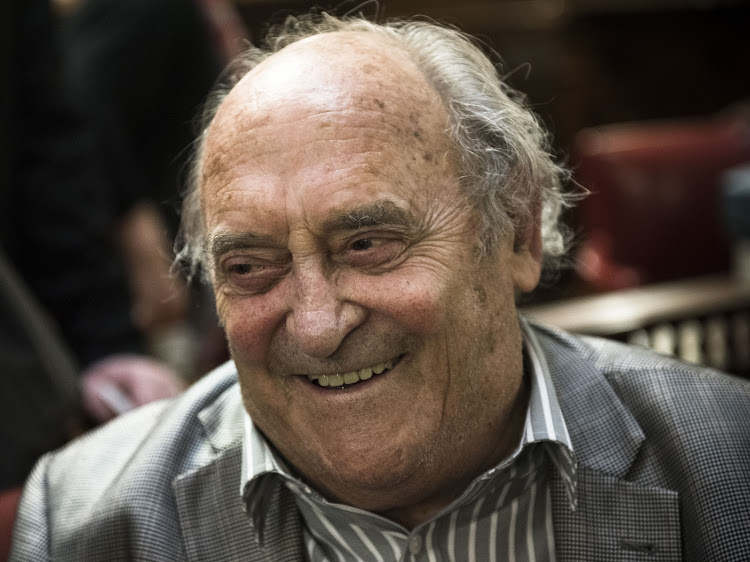 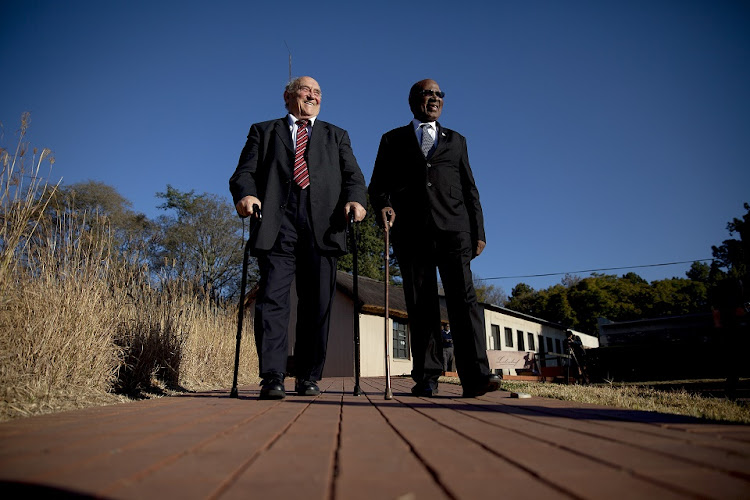 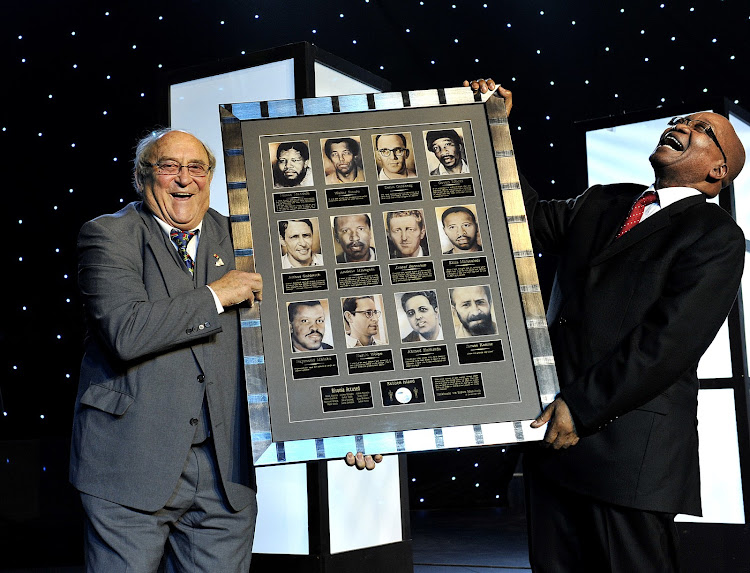 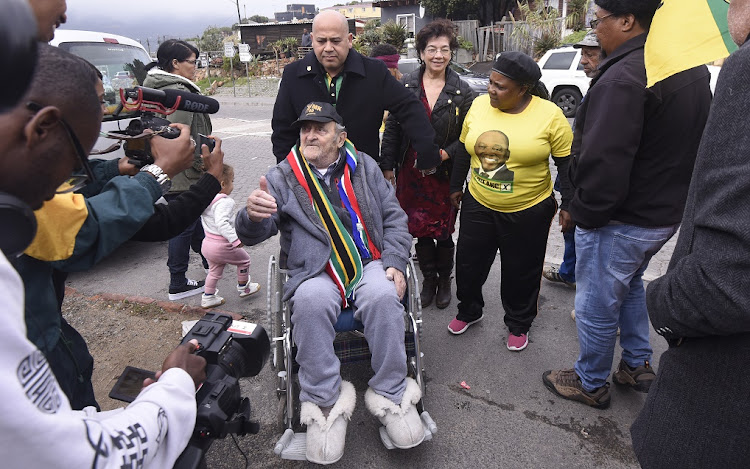 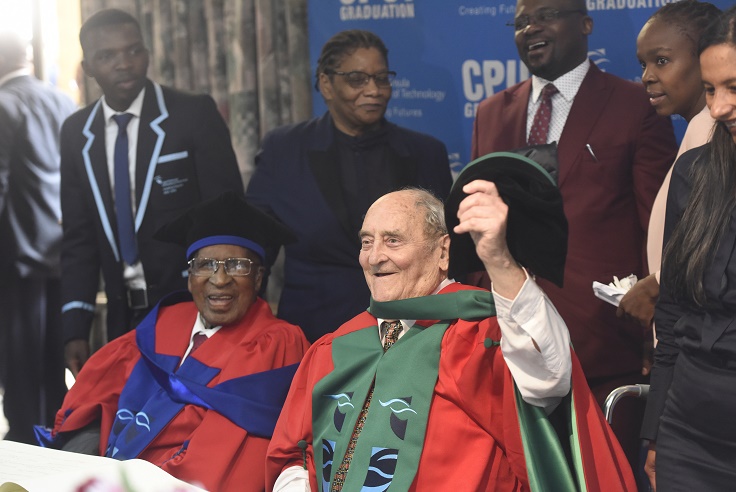 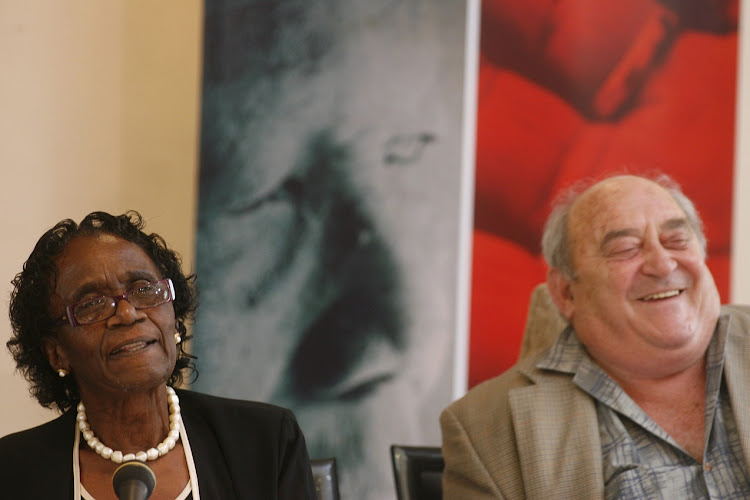 KwaZulu-Natal police and security companies are on the hunt for two detainees who escaped from a police station on the south coast on Thursday. Police spokesperson Capt Nqobile Gwala said they were part of a group of eight detainees who initially escaped from the Port Shepstone police station in the early hours of Thursday after overpowering police officers. “Six of the escaped detainees have been rearrested. A case of escaping from lawful custody was opened at Port Shepstone police station for investigation,” said Gwala. Local security company Lazer 911, which is assisting, has urged people to be alert.

The Fair Trade Independent Tobacco Association (Fita) is planning to take legal action against the government over the ban on the sale of cigarettes. The decision comes after cooperative governance and traditional affairs minister Nkosazana-Dlamini-Zuma's announcement on Wednesday that the sale of cigarettes would not be allowed under level 4 lockdown restrictions. “We are consulting with our legal team on a way forward. We are going to court. We are making plans to prepare our legal challenge,” Fita chairperson Sinenhanhla Mnguni told SAfm on Thursday. While the association did not dispute the dangers of smoking, Mnguni said the lockdown regulations had not stopped people from smoking. He said people should be able to choose if they wanted to smoke or not.

Solidarity says it will urgently approach the Constitutional Court over whether the granting of relief to struggling businesses on the basis of race was constitutional. The union said this decision follows a judgment by the high court in Pretoria on Thursday that the tourism department's decision to use race as criterion for granting relief from the Tourism Relief Fund - set up to assist tourism businesses affected by Covid-19 - is not unlawful. AfriForum and Solidarity took the matter to court. “It is imperative that SA gets legal certainty on whether, in a state of disaster, the constitution allows for discrimination based on race in order to qualify for relief. Solidarity is going to request access to the Constitutional Court,” chief executive Dr Dirk Hermann said. Solidarity said Judge Jody Kollapen ruled that the criterion used by the department did not perpetuate an unfair advantage for some candidates over others based on race, but rather gave those candidates a head start.

Hymns can be infectious, and almighty deadly

The singing of hymns could be banned in German churches when they reopen to prevent the spread of the coronavirus. Angela Merkel is set to discuss plans to reopen churches and other places of worship at talks with regional leaders today as Germany gradually lifts its lockdown. Social distancing is expected to be strictly enforced when services resume. But measures to protect congregations from the virus don't stop there. Officials are concerned that parishioners could exhale too many infectious droplets while lustily belting out their favourite hymns. – © Telegraph Media Group Limited (2019)

US actor Harrison Ford piloted a plane across a runway as another aircraft was taking off, say aviation officials. It is the latest aviation mishap for the 77-year-old Indiana Jones star and flying enthusiast, who misheard an air traffic instruction in the incident which did not result in any damage last Friday. "The FAA is investigating an incident in which the pilot of an Aviat Husky taxied across the runway... while another aircraft was performing a touch-and-go landing," the Federal Aviation Administration said. The planes were 3,600 feet apart during the incident at a Los Angeles county airport. Ford had been told to stop , but instead he continued across the runway. "Excuse me sir, I thought exactly the opposite. I'm terribly sorry," Ford can be heard saying in an audio recording. - AFP

With potato farmers and processors struggling, Belgians are being urged to eat more fries to offset a slump in demand during the coronavirus pandemic. Belgium is the world's largest exporter of fries and other frozen potato products. Restrictions to halt the spread of the coronavirus have forced the closure of cafes and restaurants, the industry's prime customers for fries, and processing firms have seen demand fall by as much as 80%. "We know Belgians like their fries, it's intangible heritage our frying culture, so we ask Belgians to consume an extra portion of fries to allow us to process more potatoes and to avoid food waste," Romain Cools, secretary-general of industry group Belgapom, said. - Reuters 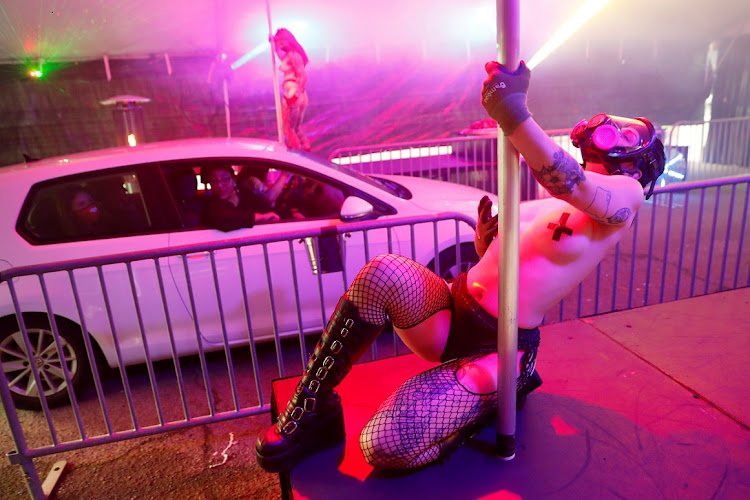 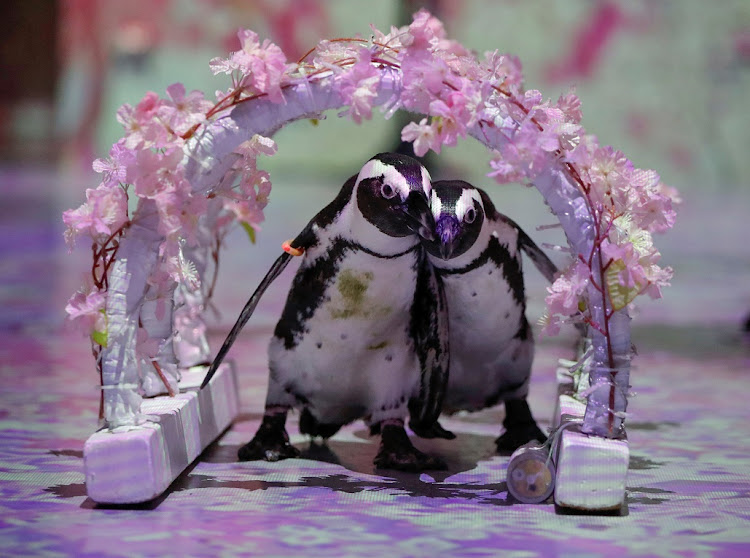 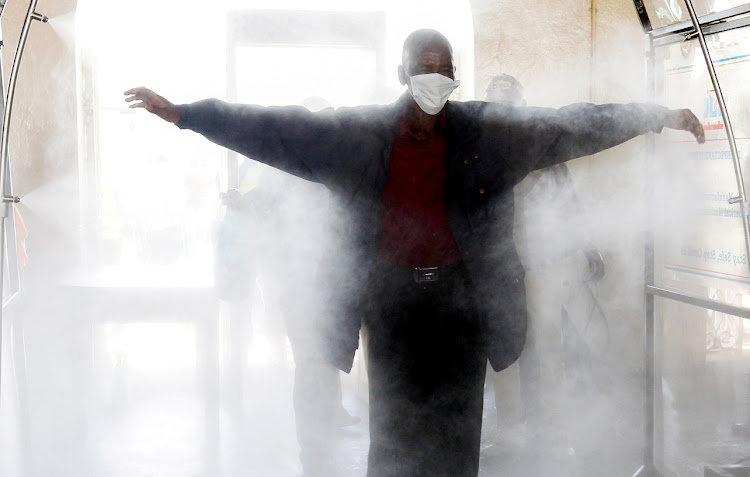 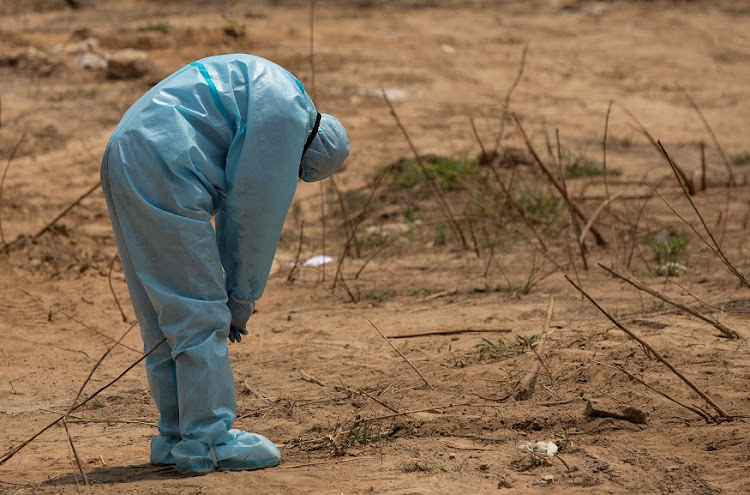 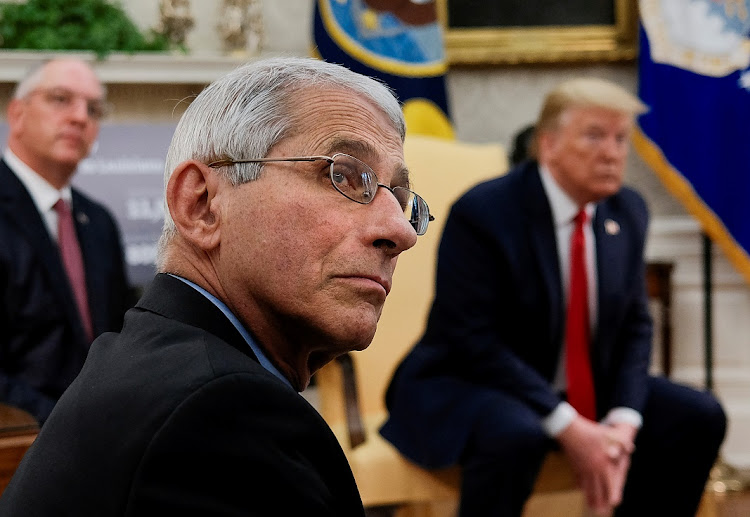 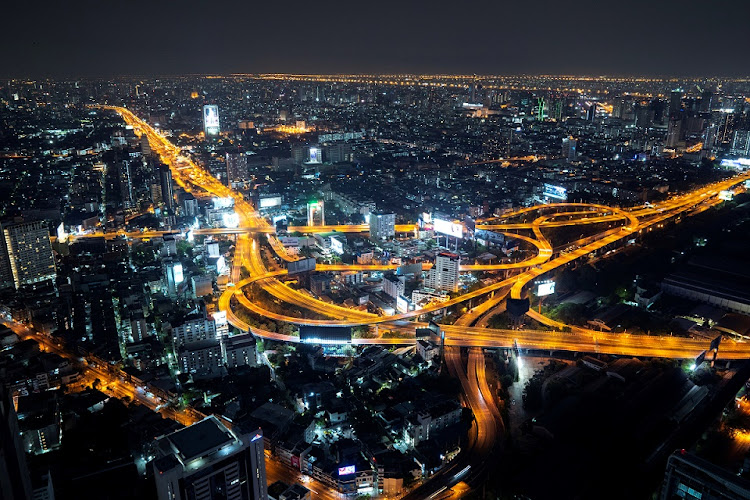 Back to the grindstone? Not quite. Work will be completely different

Reopening economies give hints of what lies in store for SA, as virus forces a huge rethink on every single thing we do

Once you’re hospitalised, Covid-19 is just as deadly as Ebola

Excess weight is one of the most deadly risk factors, with obese people 40% less likely to survive, study finds

Go ahead and hug grandma, say some experts – although others urge caution for at least a little longer

Do you prefer it naked or afraid? Or just fun? Here’s what to watch

From dramas and thrillers to comedies and romcoms, these are the movies and series streaming this weekend

Blast from the past: Morake clinches title, counting out Mitchell

Today in SA sports history: May 1