Yes to mutts, no to butts: minister does u-turn on cigs

There’s no use reopening schools if there are no teachers

The scale of the crisis must be established and schools funded until the end of the year, or there will be none

Schools knocked hard: no more bricks in the wall for KZN

Travel restrictions almost saw them miss the birth, but an urgent court order got them to the delivery room just in time

In rural KZN, taps are dry, water trucks inconsistent and people share the water they do have with animals

Anxiety, guilt and stigma add to burden of nurses on the front line

Parents, schools and government need to be vigilant to ensure lives are not risked and good work is not undone

Epic! A kid to take a tern for the worse

CORONA CHOREO Hungarian ballet dancer Zsolt Kovacs performs a choreographic piece he has designed for the ‘coronavirus melody’, a musical composition created by MIT scientists from a model of the protein structure of SARS-CoV-2, in Budapest.
Image: Reuters/Bernadett Szabo

KwaZulu-Natal education MEC Kwazi Mshengu says the continued burning and burgling of schools in the province is part of a ploy to get the government to hire private security. “What is clear in our minds is that we are dealing with a criminal syndicate which is trying to communicate a particular message to the government. We suspect that this syndicate is not far from the economic interests and demands we continue to get from people who say until you hire private security to guard your school, we will continue to have these burglaries and burning of schools,” said Mshengu.

A Japanese charity has won the backing of businesses for a scheme offering digital partnership certificates that allow same-sex couples to tap into the same staff benefits as heterosexual ones. The Famiee Project said it wanted to spur change by tapping into growing business support for LGBTI+ rights in socially conservative Japan. Gay marriage is illegal in Japan and though some cities, towns and wards issue same-sex partnership certificates, they lack legal standing. The project aims to get 100 companies on board by July to provide same-sex couples with benefits such as marriage or parental leave. — Reuters

Lesotho among the last nations without Covid-19

Despite infecting more than three million people worldwide, there are 34 countries and territories that have yet to report a case of Covid-19. These include Comoros, Lesotho, Tajikistan, Turkmenistan and far-flung island nations in the Pacific, such as Nauru, Kiribati and the Solomon Islands. By April 20, 213 countries and territories of the 247 recognised by the UN had seen at least one case of Covid-19. There have been deaths in at least 162 of them. Anguilla, Greenland, the Caribbean islands of St Barts and Saint Lucia, and Yemen have managed to rid themselves of Covid-19. — Reuters

Boris Johnson on Wednesday became a father again when his partner, Carrie Symonds, gave birth to a boy, weeks after the British prime minister was hospitalised with Covid-19. The news came as a surprise, as Symonds, 32, was not thought to be due for several weeks. She and the baby are said to be doing “very well”, however. Symonds also reported having symptoms of the virus, but recovered at home. The prime minister has at least five other children — four with his second wife, Marina Wheeler, and a daughter as a result of an extramarital affair. — AFP

May 2020 will soon join April in setting back-to-back records for monthly fuel price drops. This is according to the Automobile Association (AA), which was commenting on unaudited month-end data released by the Central Energy Fund. Against the backdrop of the international oil picture, even the disastrous performance of the rand vs the US dollar in April barely moved the needle on local fuel prices. “The rand has been pummelled by Covid-19 and the Moody's downgrade to junk status, and yet we are still able to predict record-territory fuel price drops. This goes to show just how severely the world oil price has collapsed.” Petrol is set to drop by about R1.74 a litre in May, with diesel falling by R1.56 and illuminating paraffin a whopping R2.18.

EFF private school ‘will be state of the art’

EFF leader Julius Malema has shed some light on the party's plans to open a state-of-the-art school that it says will “decolonise” and prioritise poor black people. Speaking during the party’s virtual address on Monday, Malema said the school would prioritise black history, culture and languages among its subjects. Malema said the school would operate independently of the political organisation and would be named after the late struggle stalwart Winnie Madikizela-Mandela. The party had notified her family of their intentions. Built in the next five years The Winnie Mandela Combined School would be built in the next five years.

Every day, hundreds of Covid-19 testers are at the forefront of the fight against coronavirus in SA. For Bhelekazi Mdlalose, nursing is more than just a job, it is a passion. Mdlalose is a registered nurse and Covid-19 tester working for Médecins Sans Frontières (Doctors Without Borders) in partnership with the department of health. We followed her for a day. 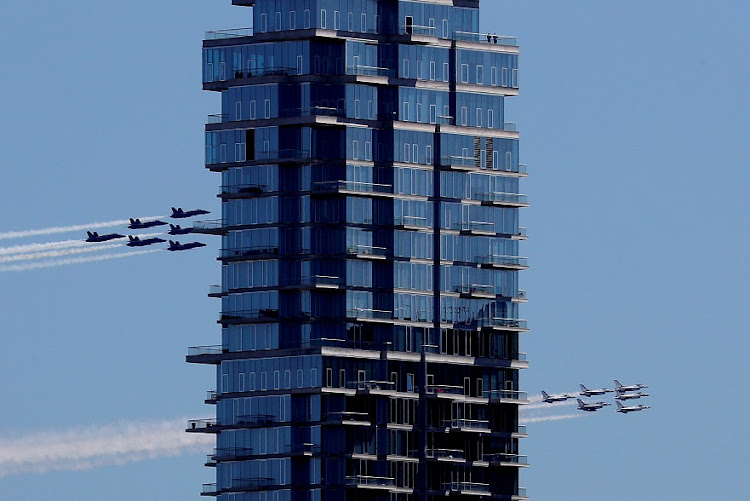 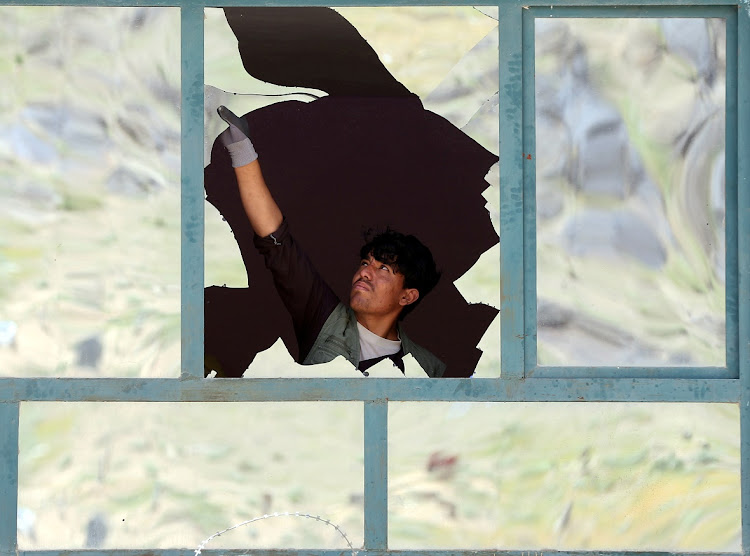 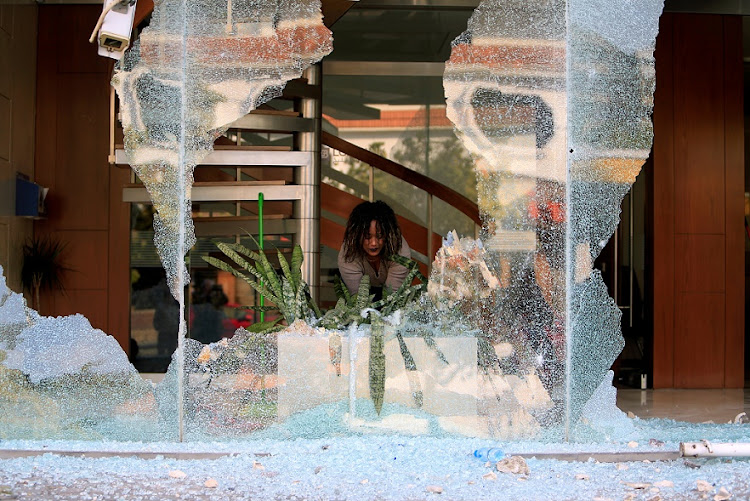 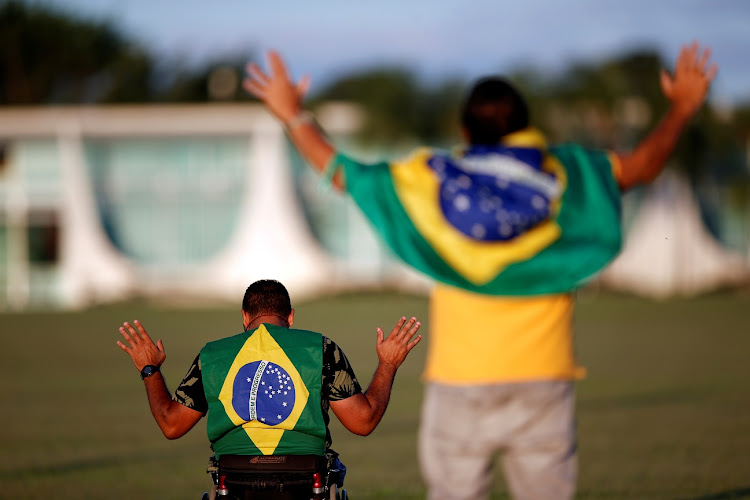 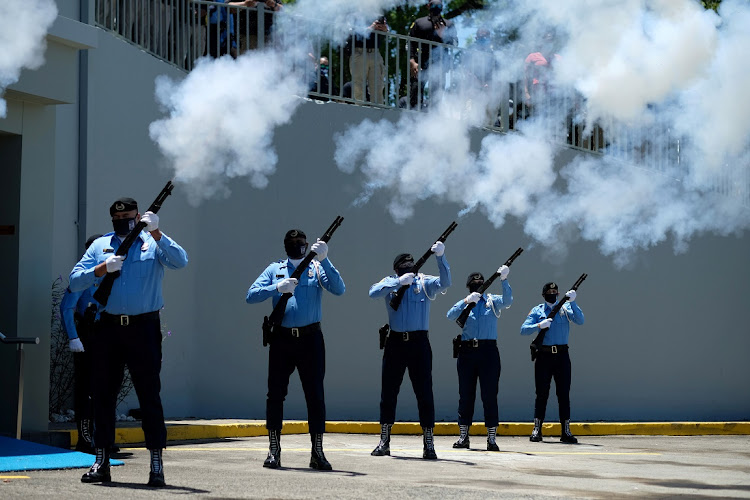 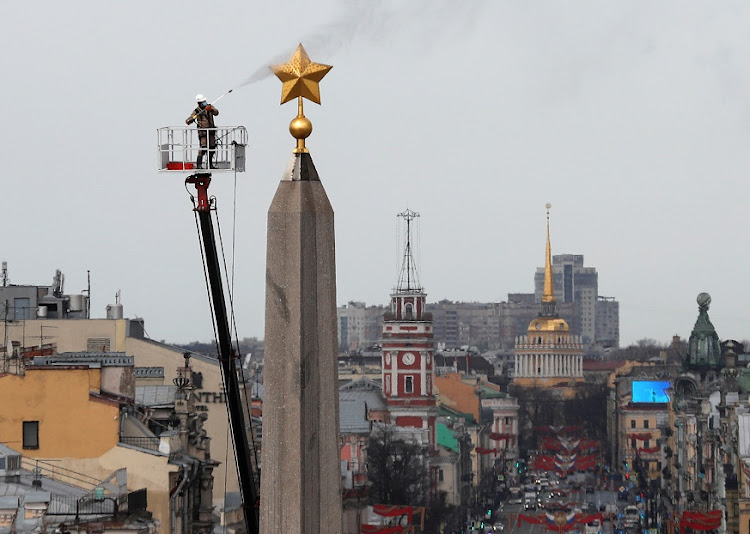 Leading figures say they’re racing against the clock to save theatreland, and the stakes are very high

‘What the f**k is that?!’ Pentagon releases UFO clips filmed by navy pilots

As if things aren’t weird enough, along come these ‘declassified’ videos of unexplained aerial phenomena

Imagine spending your lockdown in a huge castle with two princesses

Running out of things to do with the kids? Try these fun, make-it-yourself crafts

A fashion editor’s guide to dividing and conquering your wardrobe

It’s time to be ruthless with those old clothes by decluttering, reorganising, repurposing and donating

All that glitters will be sold: local fans score with SA’s own Tinsel

These contemporary pieces by SA jewellers were destined for Europe. Now you can snap them up

Blast from the past: star-studded Boks bash Scots