Meet the man who defied the odds to beat Covid-19

A long and agonising journey for Eastern Cape family ended when Andre Nel, 62, walked out of hospital a ‘hero’

Zweli Mkhize gives his latest health update, outlining what SA’s unique challenges are, as well as listing our successes

Virus-free towns want to reopen, but aren’t sure what the rules are

EDITORIAL | Jokes aside, Saffers show their true colours in a crisis

We enjoy a good prank and a funny meme, but in times such as these South Africans rally behind one another

Covid-19 is beset by uncertainties, so the key approach must be guided by moderation, not political extremism

Daily briefings from Cyril? No thanks. Let’s keep SA great-ish

So a news website suggested, and I kid you not, that Ramaphosa emulate Donald Trump …

Little Emma’s purged, but you can’t deter a super-blue wizard-punk

MURAL VIRTUE A man holding a bunch of flowers walks past a mural on Louis Botha Avenue in Johannesburg.
Image: Alon Skuy

An interdict granted three years ago ordering a Port Shepstone businessman to remove a prominent billboard - claiming the government “hijacked” his property in a “land grab” - has been set aside. In his ruling, Durban High Court judge Mahendra Chetty said the interim interdict, which was final in effect, should never have been granted in the first place because of entrenched law that the government and state organs cannot be “defamed”. “The common thread in case law is that the state should not use courts as a means to muzzle or stifle the right of freedom of its citizens to criticise government, no matter how harsh it may be perceived to be,” he said.

A man arrested in connection with the fatal shooting of a 30-year-old suspected illegal hunter on a Limpopo game farm at the weekend has been granted R5,000 bail. The 32-year-old suspect appeared in the Lephalale Magistrate’s Court on Tuesday. His case was postponed to July 3 for further police investigations. According to Brig Motlafela Mojapelo, the incident occurred on Sunday when the deceased and two other men were caught by nature conservation members while allegedly hunting illegally on the farm outside Lephalale. “The three were allegedly found in possession of two bags containing pieces of wild animal dried meat, a gemsbok and hunting tools. The deceased was allegedly shot and killed by the suspect soon after they managed to escape from the nature conservation officials who caught them,” Mojapelo said.

SA Express has been placed under provisional liquidation, putting 700 jobs at risk should the liquidation be made final. The high court in Johannesburg ruled on Tuesday that the ailing airline, which was placed in business rescue in February, was unlikely to be able to continue operating into the future. A liquidator will be appointed, and the court said affected parties need to put forward why the airline should not be liquidated, Daily Maverick reported. Should the liquidation be made permanent, 691 jobs at the airline would be lost. The business rescue practitioners, Phahlani Mkhombo and Daniel Terblanche, had in March launched the court application to provisionally liquidate SA Express.

Defectors from North Korea say many of their relatives and contacts were unaware of the international speculation over leader Kim Jong Un’s health or were unwilling to discuss the issue in clandestine calls made from the South. One defector said some people in the North had nevertheless been privately talking of Kim’s whereabouts after he failed to appear at a key state holiday on April 15, but only in very closed circles. – Reuters

Norwegian police say they have arrested a businessman over the disappearance of his wife 18 months ago, the latest twist in a case that has kept the Nordic countries on tenterhooks. Tom Hagen, 70, was arrested on suspicion of ‘murder or accessory to murder’. His wife Anne-Elisabeth Hagen disappeared without a trace from their home in Lorenskog in October 2018. A poorly written ransom note was found at the scene. – AFP

Italy completes the bridge to hope

A final section of a new bridge in Genoa, built after a deadly 2018 motorway collapse, was slotted into place Tuesday, providing a much-needed symbol of renewal for coronavirus-hit Italy. Construction has continued throughout the national lockdown. A siren sounded as the last vast section of deck was put in place and one side was finally reconnected with the other. – AFP

They perform one of SA's most important services - collecting recyclables that would otherwise swell the country's rubbish dumps and burden municipal trash collection - but the coronavirus lockdown has left thousands of waste pickers without any way to make a living. While municipal refuse removers were classified as essential workers, waste pickers were excluded from the list. Lockdown measures are expected to be relaxed slightly from May 1, but the group still faces an uncertain future. 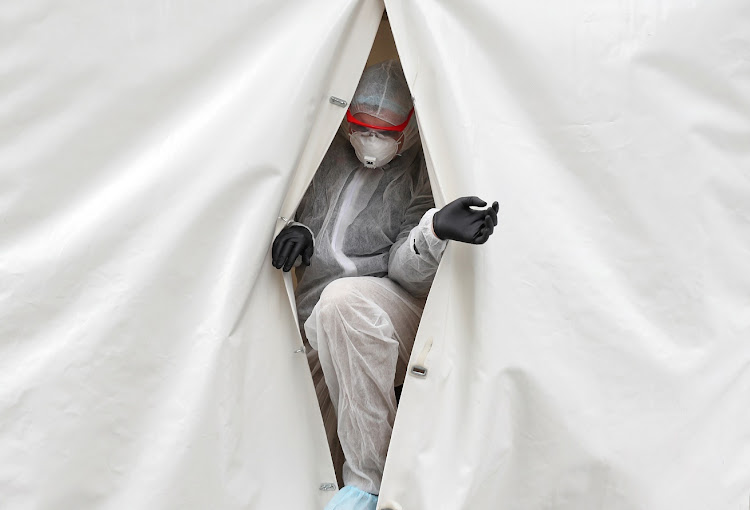 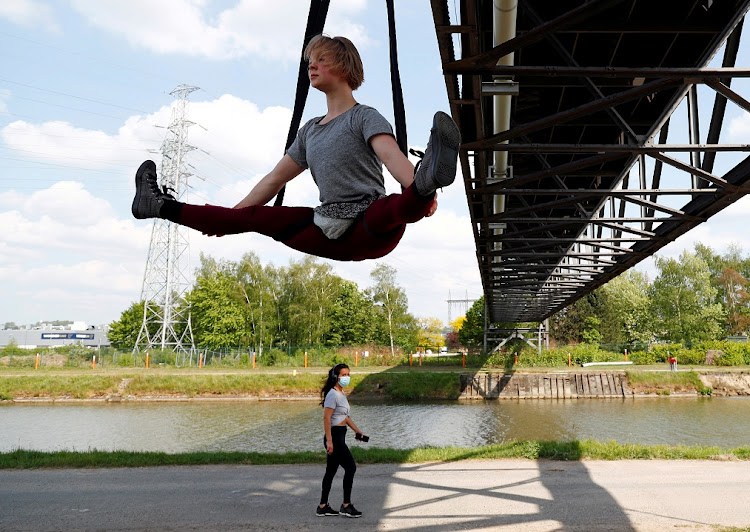 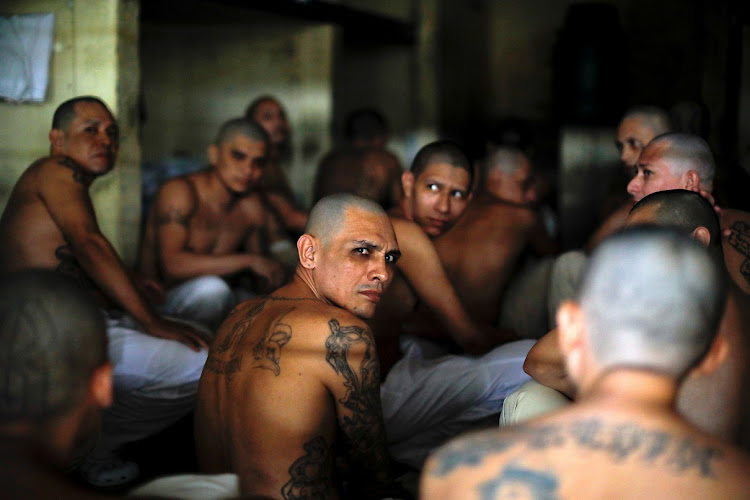 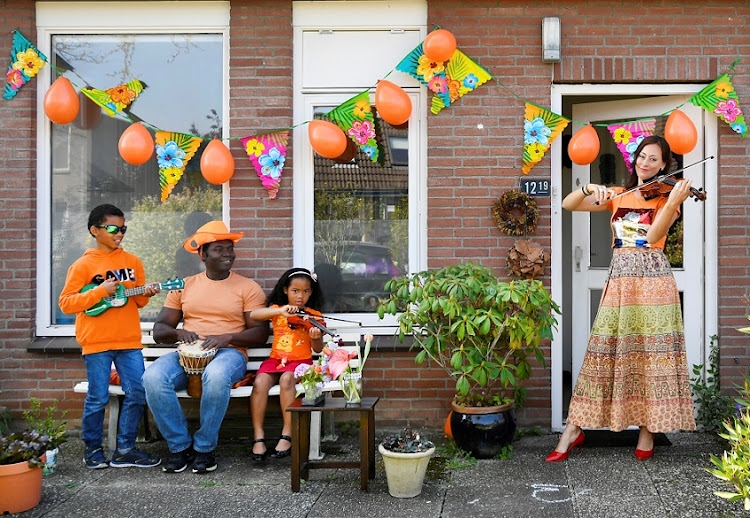 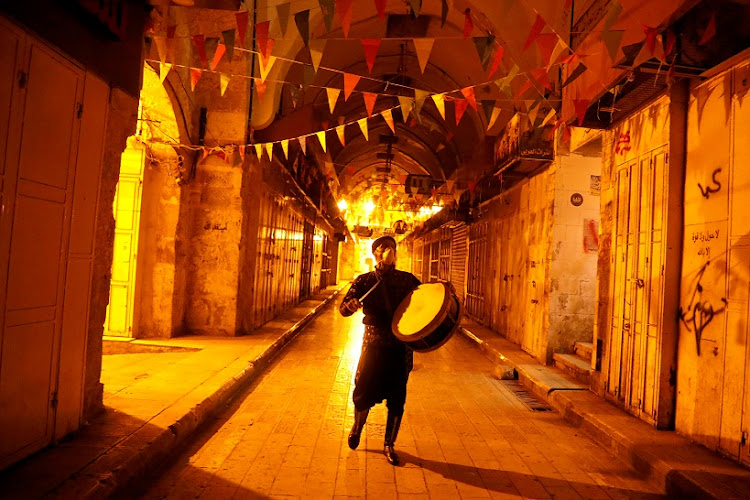 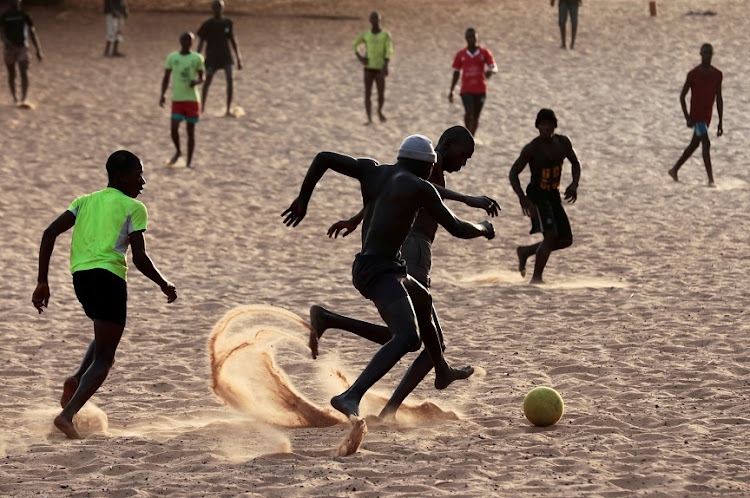 It’s science, so shut up, they say. But it’s not science if there’s no data

In addition, experts are divided on the fundamentals of the coronavirus, so there is room for doubt and debate

Hard and fast: why female leaders have creamed men in fighting Covid-19

The stats are clear: if you’re ruled by a woman, you’re far more likely to survive the virus. Why is this so?

Lockdown be damned, say US right-wingers with links to Trump

Conservative groups deny Republican puppetmasters are pulling strings to open the economy. Do we believe them?

Lights, camera ... no action. Sex scenes are screwed thanks to Covid-19

TV and film dramas made in lockdown have to adapt to new social-distancing rules. Cue the imagination

Finger on the pulses: SA chefs give the skinny on the vegan boom

Dining veggie and vegan is no longer strictly a plant-eater thing, but it is about saving the planet

It’s time to shift our wasteful, messy relationship with food

Blast from the past: Botile makes history for his gym