Back to normal life? Forget it, says Cyril

Steeped in caution, the plan to ease lockdown paints a picture of life that won't return to what it was any time soon

COPS KILLED IN THE LINE OF CORONA DUTY

Limpopo constable dreamt of being a ‘top cop’. Now his dad must explain to his little girl that he is no more

Mom turns into character from ‘It’ to prank son, a hospital clerk, for not making her coffee in lockdown

Plans to force people into government camps are not in keeping with public health goals, says medical ethicist

Some are crying foul over clinical trials; others are lauding speedy responses in this time of crisis

More and more women are opting for home births under lockdown

They cite factors such as not being able to have their partners with them, and worries about burdening hospitals

EDITORIAL | To truly empower the poor, keep a close eye on the corrupt

It is naive to expect municipal officials not to loot from the poor. They’ve been doing so for years

As I stare at the screen, I think of the missing bodies

I have been trying to see what a deployment of 75,000 troops actually looks like. And I think it’s worth sharing

Old shoe lugged into a car, as tronc is smuggled into a tusker’s trumpet 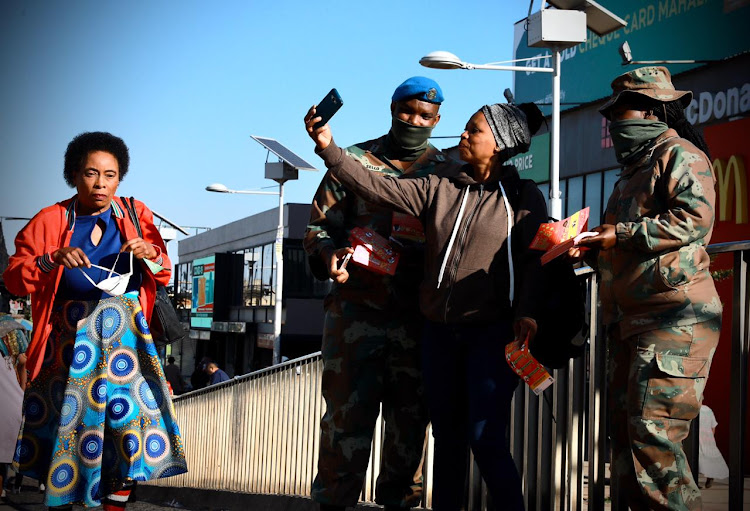 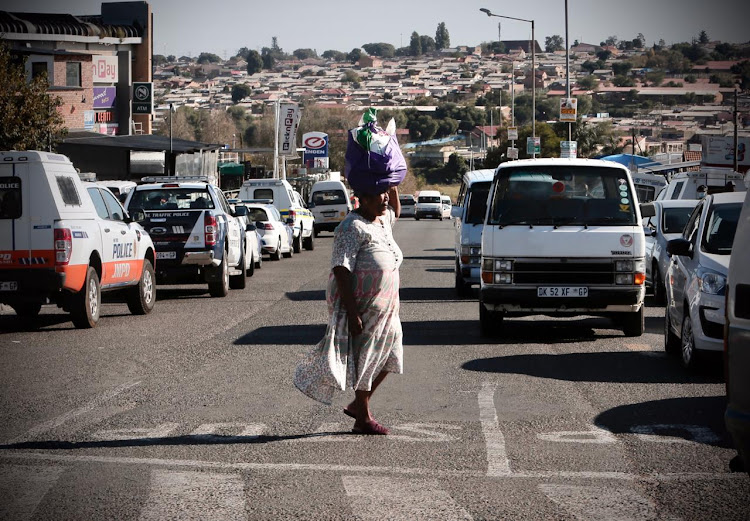 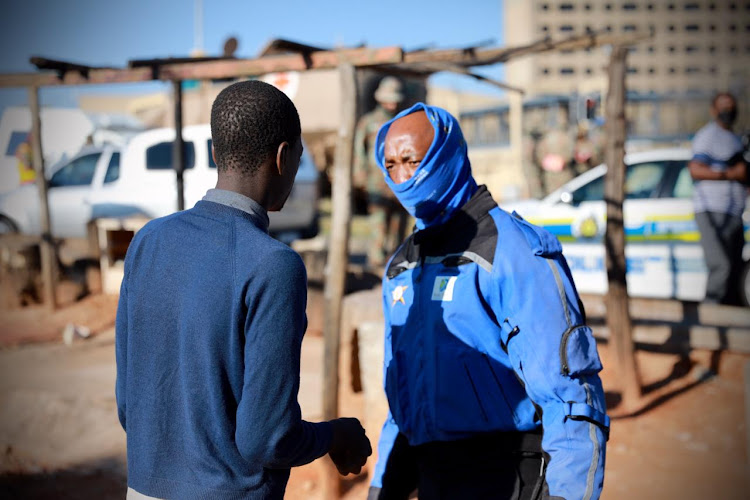 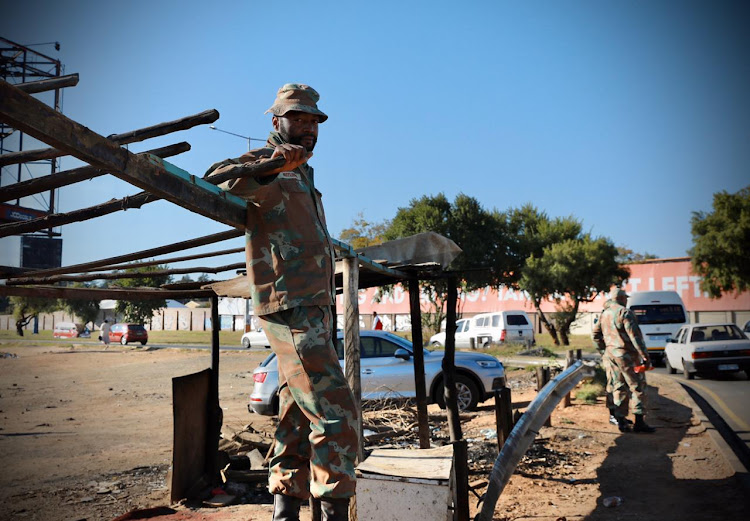 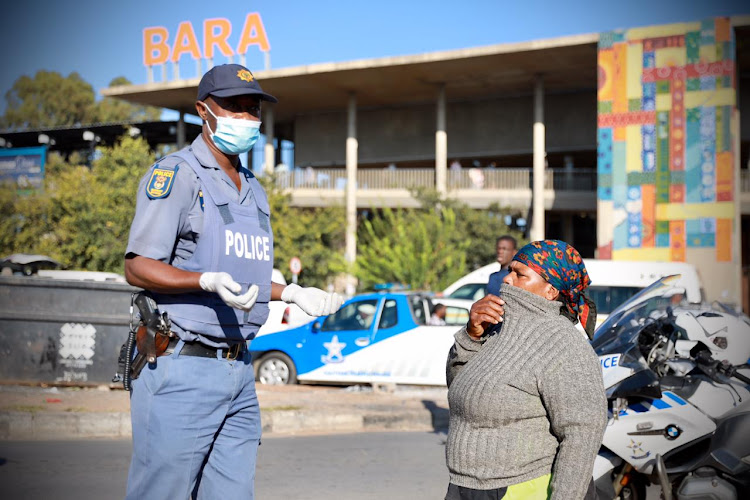 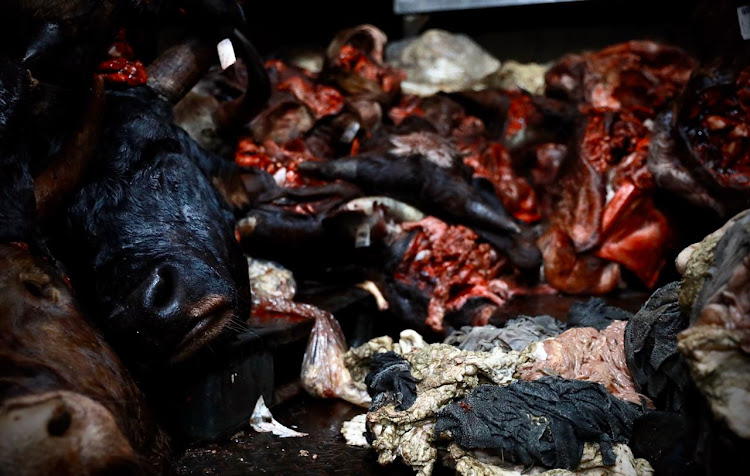 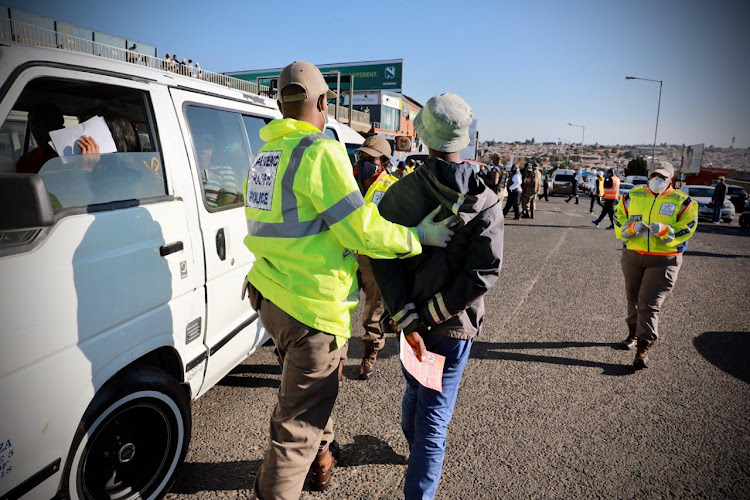 Two suspected robbers jumped off a 33m cliff after being chased by community members in Chatsworth, KwaZulu-Natal, on Wednesday. The police, metro police and Durban K9 search and rescue units, as well as Life Response 247 paramedics, responded to the incident in Welbedacht West on Wednesday morning. Reports were received that two men who allegedly robbed people in the area were chased by residents towards the Umlazi River. Police said both men jumped off the cliff. One of them landed on a rock next to the river and died on impact. The second landed in the river, managed to cross it and pull himself out of the water before collapsing. Police medics and EMS treated the man before hauling him up the rocky embankment. He was taken to hospital in a critical condition under police guard.

A wanted jihadist who was radicalised in Britain is facing prosecution in Spain after the government quietly stripped him of his British citizenship. Abdel-Majed Abdel Bary, 29, who travelled to Syria in 2013 and shared social media images of himself apparently holding a decapitated head in Raqqa, was one of three militants arrested by Spanish police on Wednesday. UK-raised Bary’s Egyptian father was an Islamic extremist extradited to the US and jailed for his role in the 1998 terror attacks on the US embassies in Kenya and Tanzania that claimed 123 lives. Bary is believed to have secretly entered Spain from Algeria and was living in a flat two other terror suspects. The three exploited the coronavirus lockdown by wearing masks to avoid being identified.– © Telegraph Media Group Limited (2019)

A butchery at the Baragwanath taxi rank in Soweto was shut down on Thursday after the discovery of allegedly rotten meat, expired sauces and zero-compliance on hygiene standards. The owner was arrested. The conditions at the butchery - which before the inspection had been packed to capacity, breaking the lockdown regulations - were given away by a foul smell that could be detected from afar. Trotters, cows' heads, intestines, chicken feet sauces, cow hide and spices were among the items seized. MEC Faith Mazibuko said the meat did not have the necessary certifications. The butchery owner would appear in court soon.

Neo-Nazis use nicked data to pester WHO, Bill Gates

Neo-Nazis are trying to use 25,000 purportedly hacked e-mail addresses and passwords to harass members of the World Health Organisation, the US National Institutes of Health and the Bill and Melinda Gates Foundation. The data was stolen by unknown hackers and spread online in recent days by far-right extremists, according to SITE Intelligence Group, an online terror monitoring organisation. SITE said it could not fully verify the information was genuine, but it was being "aggressively" circulated. Australian cyber security expert Robert Potter told the Washington Post the WHO e-mail addresses and passwords were accurate and he had been able to use them to get into its computer systems. They appeared to have come from a hack carried out in 2016.– © Telegraph Media Group Limited (2019)

Man charged for ‘walking around’ in army jacket

A man who casually walked around in a defence force jacket in Zandspruit, Johannesburg, has been arrested. Johannesburg metro police spokesperson Wayne Minnaar said the man was arrested during a Covid-19 operation in the township on Wednesday. “He walked past law enforcement dressed in an SANDF jacket. When questioned, he told officers it was given to him.” The man was detained at Honeydew police station. In a sting operation on Wednesday, a 41-year-old man was arrested in Diepkloof, Soweto, after being found allegedly printing fraudulent Covid-19 essential-services permits and vehicle-licensing documents.

Lebanon has become the first Middle Eastern country to legalise cannabis farming, as it hopes to boost its debt-ridden economy and curb illegal production of the drug. The Lebanese parliament has voted to approve cultivation of cannabis for medicinal and industrial uses, in an attempt to create a market that could be worth $1bn (R19bn) a year. But recreational use and production will remain illegal under the new law, which critics say may not deter existing cannabis farmers from the illicit drugs trade, and could be open to corruption and abuse.– © Telegraph Media Group Limited (2019) 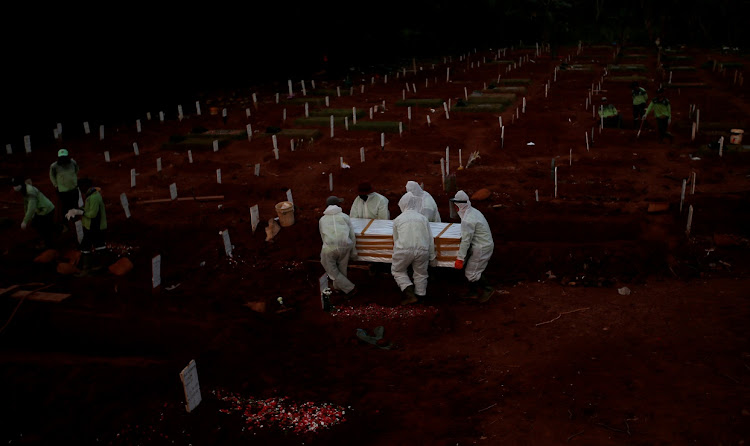 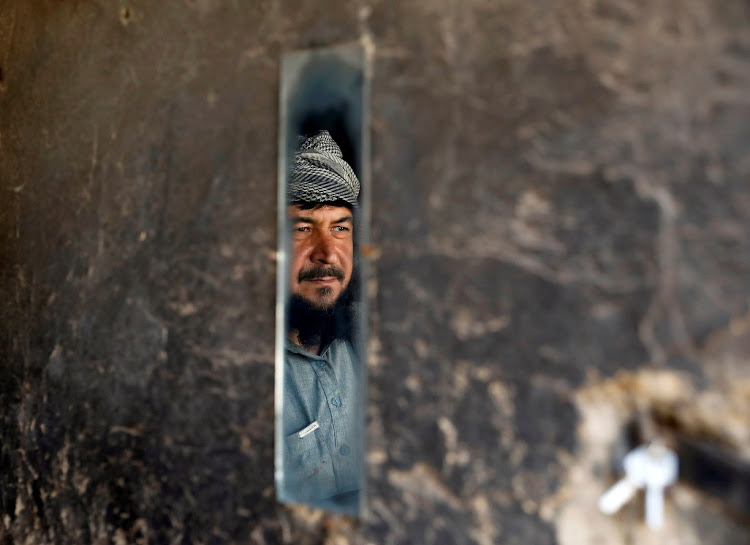 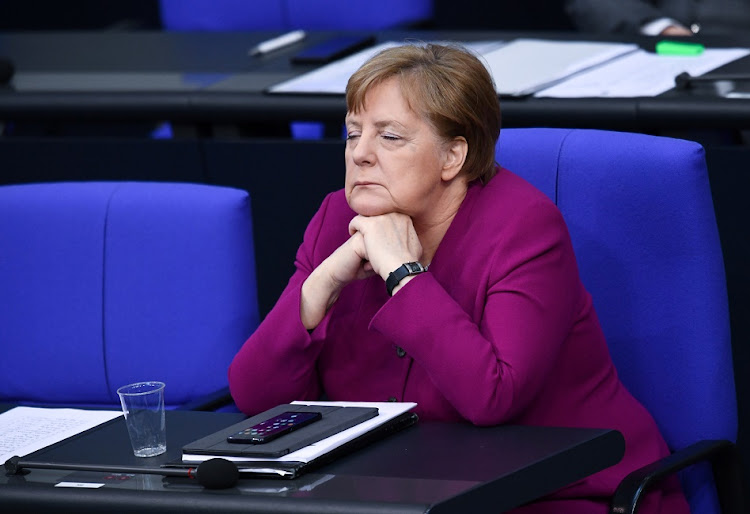 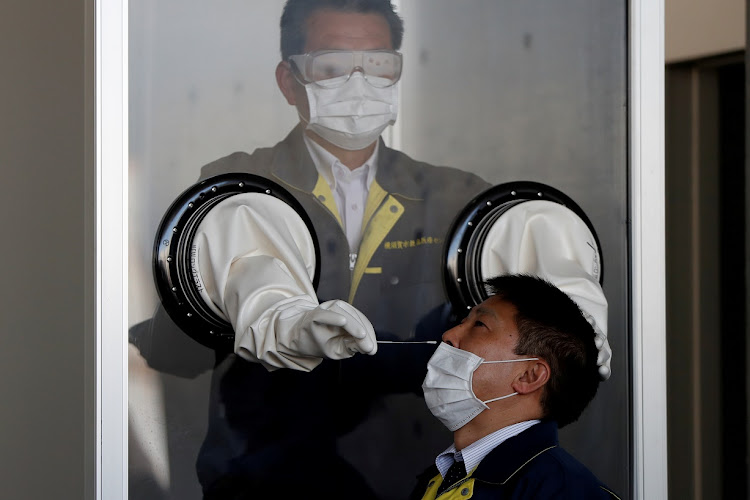 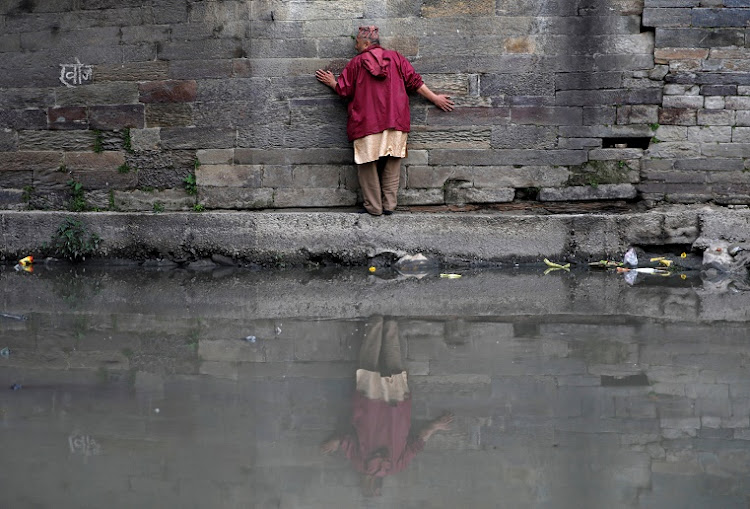 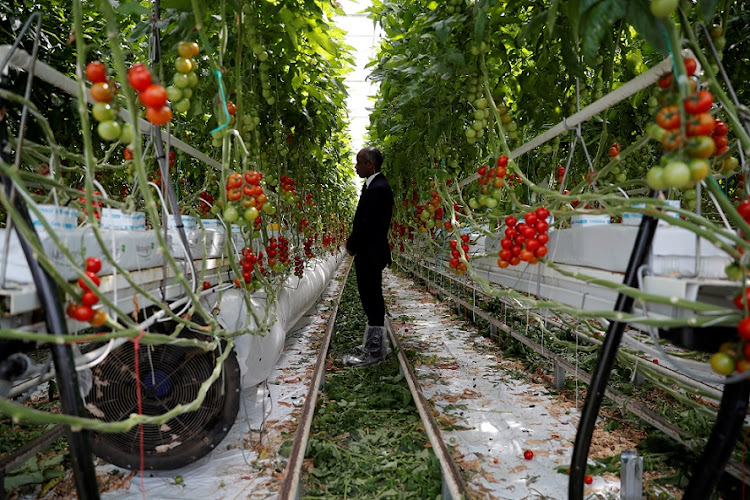 Decoys, chimps and spiky proteins: inside the race for a vaccine

Oxford and Imperial College London have the defence-building goal, but are going at it in very different ways

Much-anticipated productions have been paused, but Netflix says it has enough content for nearly two years

US veteran survived the killing fields of Iwo Jima, but not coronavirus at the age of 100

Oh, to be blissfully unaware of a world sailing into crisis

A yachting couple got the shock of their lives when, after weeks out of radio reach, they heard of the pandemic

Nerves of steal: Zupta doccie is a must-watch this Freedom Day

If what to watch is becoming a trial, file these for weekend viewing

From drama to comedy, criminal justice and caliphates, these are our streaming recommendations

Pop of the world: how a Tom Hanks hit became an anti-virus anthem

Tom Everett Scott recalls his role in ‘That Thing You Do’. Now, his fictional band has reunited

Blast from the past: Sanders KO’d by Vitali statistics