DEBATE OVER LOCKDOWN RESTRICTIONS AND SOLUTIONS IS HOTTING UP

SA could easily feed its poor. Instead we have a corona food-aid racket

Money isn’t the problem, it’s corruption, since the state refuses to implement a very simple solution

NPO threatens legal action against the government over ban on alcohol, cigarettes and precooked food sales

The knives are out over essential services lockdown regulations, a drama which could have been avoided

Lifting the ban on cigs and booze sales is, essentially, a no-brainer

If you want to kick-start the economy, that is. Let's be flexible with industries certain to own a market in this time

Zuma dumps longtime attorney, prepares for ‘trial of his life’

Readying to face corruption charges, he claims the case will ‘shed light’ on who scored what in the arms deal

SA could implode if Cyril doesn’t come up with a plan, says business

It is vital to find a balance between health and economic risks, Business for SA tells government

Does BCG vaccine really protect SA from Covid-19? Here’s what we know

SA’s ‘angels’ take flight to save the needy in lockdown

Abused women, code words and emojis could save your lives

PROTECTING WILDLIFE IN THE TIME OF THE VIRUS

With snares and spears, lockdown victims poach to survive

Laid-off workers turn to reserves in search of warthog, kudu and the like as poaching cases spike

Courts must uphold the law, even if their decisions seem unjust, says judge

Black rhinos are surviving poaching better than white ones. This is why

On a flight destined for a changed world, my journey conjures images of Miranda and the Georgia Flu in ‘Station Eleven’

These are the six big lockdown mistakes that Ramaphosa has made

While his response to the virus has on the whole been exemplary, these errors of judgment threaten the future of SA

Without a slew of clues, follow the thread of those with a clew

They wrote it this week: The day the art dealer exploded ... literally

risk and frisk SANDF soldiers patrol the streets in Yeoville, Johannesburg, on Sunday as part of a joint operation with the SAPS to enforce and create awareness about the national lockdown. Some members of the public were searched.
Image: Alon Skuy

A group of foreigners were arrested for illegally operating a factory in Tongaat, north of Durban, police said on Sunday. Spokesperson Brig Vish Naidoo said that following a tip-off officers arrived at the factory on Saturday and heard machine noises coming from inside. “No activity could be seen around the premises. At that moment two foreigners opened the roller door of the factory. They were questioned about their presence there and they said they were merely fetching welding machines. “On informing them that they were to be charged for … not being confined to their residences in terms of the Disaster Management Act, they attempted to flee and were arrested.” Eleven more people were arrested, and 90 sealed beer bottles, more than 90 beer cans and more than 100 cartons of cigarettes were seized. The suspects were also taken for Covid-19 tests.

WHO spends twice more on travel than on meds

The World Health Organisation spends twice as much on travel as it does on medical supplies, it has emerged, as the organisation continues to face criticism over its handling of the coronavirus pandemic. Figures from the WHO’s most recent financial reports show that it spent 8% of its $2.2bn budget on travel expenses, compared with 4% on medical supplies and materials. The figure, revealed in its Results Report 2018-19, has been seized on by the WHO's critics - particularly in the US. - Telegraph Media Group Limited (2020)

A 33-year-old man was arrested after police uncovered a dagga laboratory in Randfontein, west of Johannesburg, on Saturday. Police spokesperson Capt Kay Makhubela said officers were on crime-prevention duty and to enforce lockdown regulations when they received information that led them to a house in Aureus where they discovered the lab with dagga plants and bags full of manure. The man was charged with manufacturing, dealing in and cultivation of dagga. He was expected to appear in the Randfontein Magistrate's Court soon.

Darn it! UK’s upper classes must do own housework

Wealthy UK households are taking online housekeeping classes as their butlers and nannies are in self-isolation, a domestic staff company has said. Polo & Tweed, in Mayfair, London, recruits and trains staff including housekeepers, butlers and chefs for professionals, royalty and celebrities alike. But families are struggling to keep up with the demands of maintaining their homes during the lockdown as 50% of Polo & Tweed staff live off-site and many are having to isolate. In their absence, Lucy Challenger, founder and CEO of Polo & Tweed, said there has been a huge rise in owners of properties asking for advice and training - including how to change bedsheets, iron and clean. - Telegraph Media Group Limited (2020)

Residents of Manenberg in Cape Town damaged several law enforcement vehicles after officers arrested a man for possession of drugs. The Anti-Gang Unit had just arrested the 23-year-old on Thames Walk on Saturday afternoon when locals turned on them, police spokesperson Brig Novela Potelwa said. Five traffic and law enforcement cars were damaged. The police dispersed the crowd and arrested 17 people, aged between 16 and 46, for public violence. They are expected in court soon. Potelwa warned that attacks on police “will not be tolerated” and “those who engage in such unlawful conduct will face the full might of the law”. Earlier last week, two wholesalers in the area were broken into and groceries stolen.

Facebook has removed less than 3% of fake news posts it has found about the coronavirus.The social network said it had uncovered more than 40 million posts rated false by independent fact-checkers, but had removed under a million. Facebook said it only took down posts it deemed could lead to “imminent physical harm”, such as messages telling users to drink bleach as a cure. - Telegraph media Group Limited (2020) 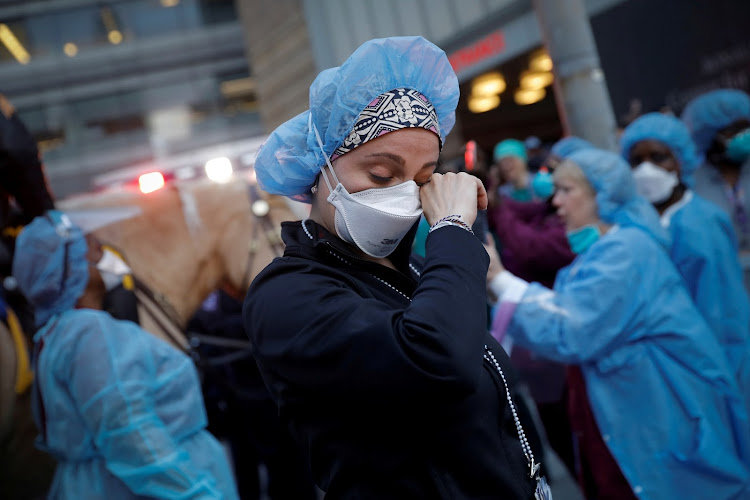 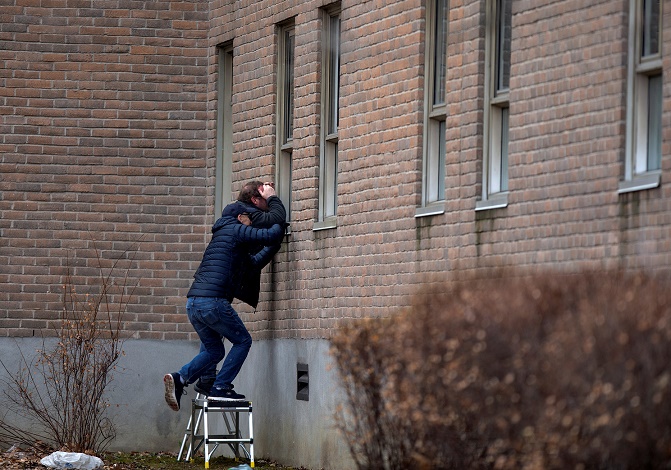 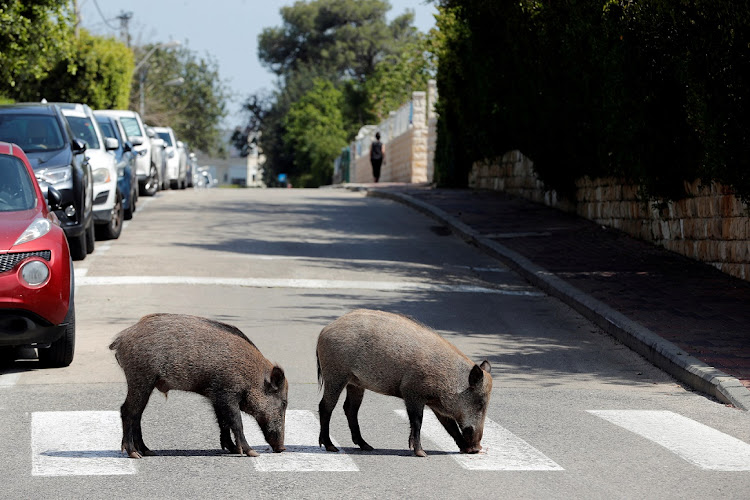 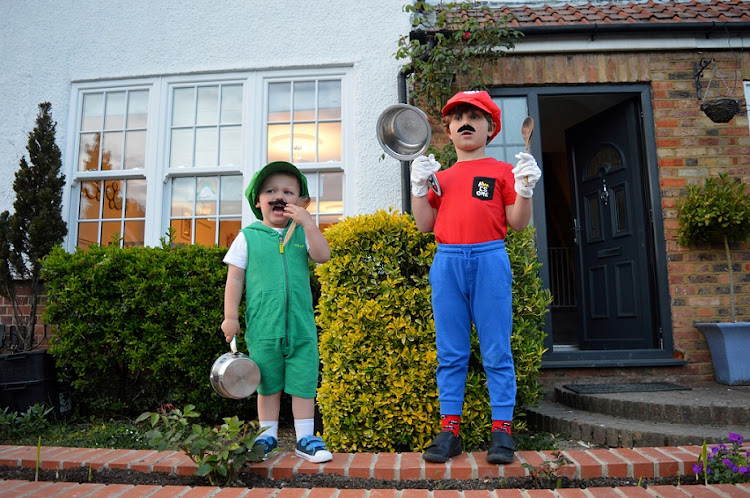 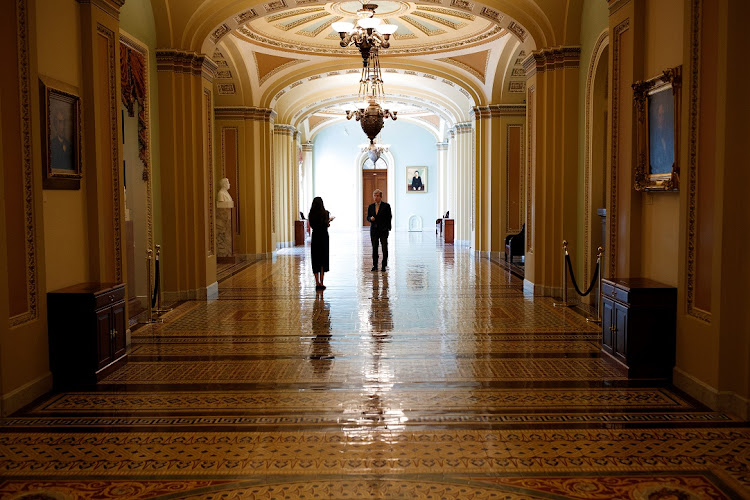 ‘Prognosis 0%’: a walk with death in a New York hospital

We get a rare tour to show the reality of frontline workers, who themselves stare death in the face

The UK has splurged on serology tests so people can get to work, but haven’t found one reliable enough

Flip, fry, fill and fly: bots do it all in the kitchen thanks to corona

The pandemic is changing attitudes to food preparation, and tech’s hands-off approach is enticing

The last straw: what liquid fasting can teach you about hunger

Kondo minimum: How to get rid of your junk, in the guru’s own words

Marie’s tips for ‘sparking joy’ in your home or office – and what better time than now to follow her advice?

Jaguar’s latest offering comes with a major facelift and improved driving tech. Its SA launch is due in May

Blast from the past: Potgieter hurdles to world record, but it’s game over