WHO does Trump think he is? SA joins global fury

Ouma god! Judge has mercy on gran stuck with kids in lockdown hell

Exhausted, arthritic woman has been saddled with her grandkids thanks to Covid-19, and she’s had enough

With a lack of protective equipment and little government intervention, workers find themselves critically exposed

Doctors desperate to know what kills us: the virus or our bodies?

Prisoners say failure to test them could see virus ‘explode’

A St Albans warder has tested positive, but inmates say they have only been questioned about their health

Bathabile, Busisiwe, have the bucks stopped with you?

ANALYSIS | In two years, there has yet to be a recorded instance of a politician paying a personal costs order

THE PLIGHT OF SOUTH AFRICANS ABROAD

Forced to depend on the kindness of strangers, they say SA government gave them hope, only to let them down

Most students in Russia want to stay, say SA officials ... but do they?

Some are desperate to come home, saying hostels make self-isolation impossible and shops are running out of food

More pandemics are coming, so we need new ways to teach about viruses, bacteria and infectious diseases

DIAMOND IN THE SKY The Diamond Building during national lockdown in Johannesburg.
Image: Gallo Images/Sharon Seretlo

Fuel price set to plummet again in May

Globally destructive economic instability has pushed fuel prices into drastic retreat, leading to some very rare good news for SA motorists. This is according to the Automobile Association (AA), which was commenting on unaudited mid-month fuel price data released by the Central Energy Fund. “In the wake of March's record fuel price reductions, SA is probably set for a second month of record fuel price drops for some fuel types. The irony is that this has come at a time where motorists and businesses are severely limited as to how they can use their vehicles,” the AA said. The mid-month data showed petrol down by a huge R1.89 a litre, with illuminating paraffin dropping by R1.88 and diesel by R1.17.

SAA's business rescue practitioners are assessing the impact of the government turning down a request for R10bn in extra funding. On Tuesday, the practitioners received a letter from the ministry of public enterprises saying the government would not support an extension of the foreign currency borrowing limit to permit foreign financing of the business rescue plan. The practitioners, Siviwe Dongwana and Les Matuson, said in a note to creditors they were “assessing the impact of this development on the business rescue process and will communicate any decisions to be made in due course”. In the interim the company was conducting charter operations for the repatriation of foreigners and to bring back South Africans stranded in foreign countries home.

This year's Durban July has been moved to a new date, organisers confirmed on Wednesday. The horse racing extravaganza, which was scheduled for July 4, has been moved to July 25 owing to the Covid-19 pandemic. Gold Circle, organisers of the famed event, have also agreed to push back the major feature race programme to May 31, and the 100th edition of the season-ending Gold Cup race day to August 29. Gold Circle CEO Michel Nairac said: “The Vodacom Durban July is the pinnacle of the South African racing calendar ... We are wholly aligned with the national plan to deal with this pandemic, and whatever regulations are in place at the time of the Vodacom Durban July will be strictly enforced.”

Germany wants to extend social distancing rules by two weeks until May 3, according to a draft proposal agreed between chancellor Angela Merkel and governors of the country’s 16 states. The proposals include reopening schools, starting on May 4, with priority given to primary and secondary pupils in final years. Daycare centres will remain shut. Religious gatherings will remain banned, while some retailers will be allowed to open. - Reuters

North Korea marked the anniversary of the birth of its founder, Kim Il Sung, in subdued fashion on Wednesday, with mask-wearing citizens placing flowers before his statue in Pyongyang amid strict anti-coronavirus measures. The grandfather of leader Kim Jong Un was born in 1912. His birthday is the most important date on the country’s political calender. Pyongyang residents arrived at Mansu hill in much smaller groups than the sometimes hundreds-strong detachments. Kim died in 1994. His preserved body lies in state at the Kumsusan Palace of the Sun outside Pyongyang. - AFP

Her parents were infected with Covid-19 last month and the maternity unit was operating under lockdown, yet Bertille, arrived without a hitch. Arnaud Joal and Noemie Bouchet welcomed her on April 9. Pregnant women are concerned about the impact of Covid-19, but Bouchet, a gynaecologist, said she was optimistic the disease would leave no trace on Bertille. “The data for newborns are quite reassuring, there are few risks that they get infected, even fewer risks that complications occur." With most stores closed in Switzerland, Joal said they were borrowing baby clothes. - Reuters 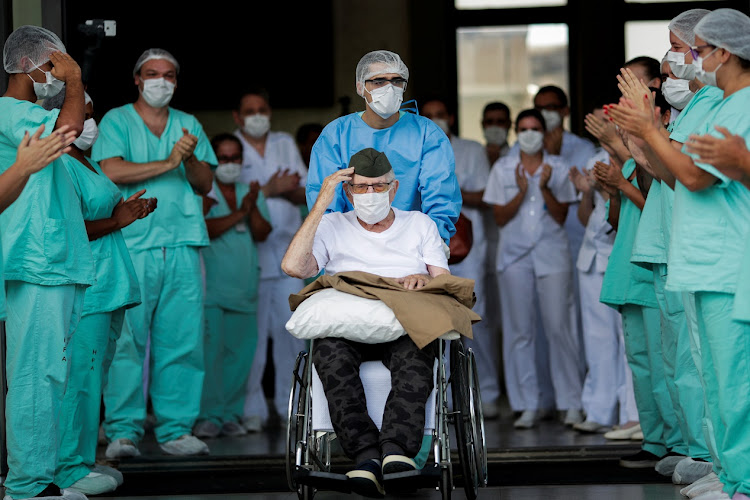 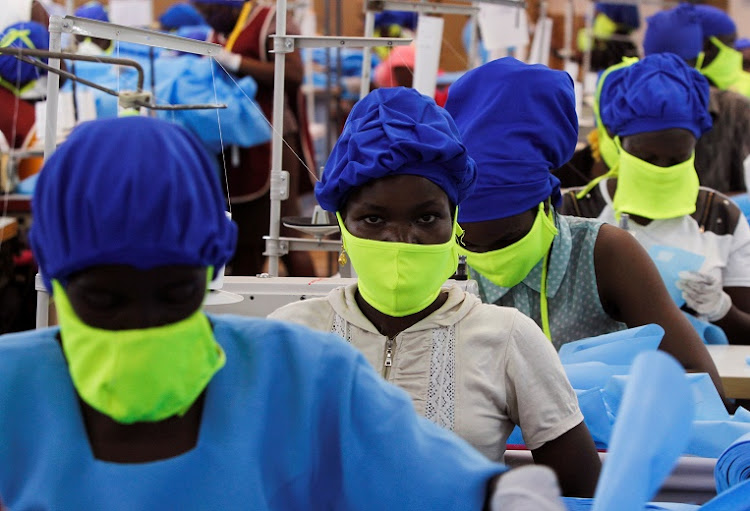 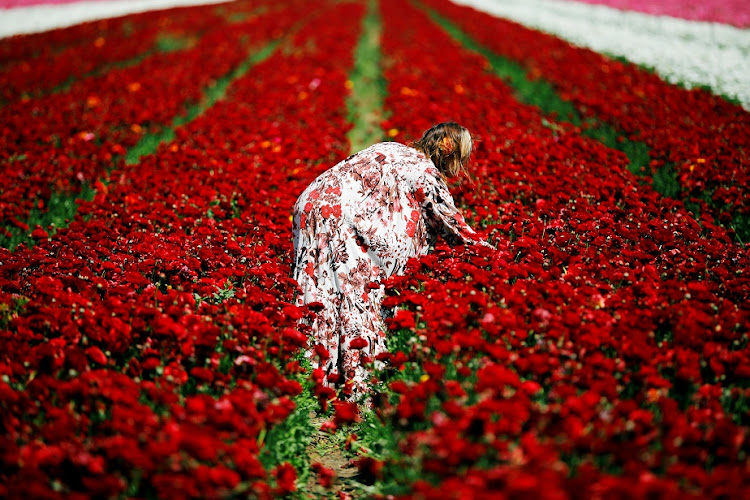 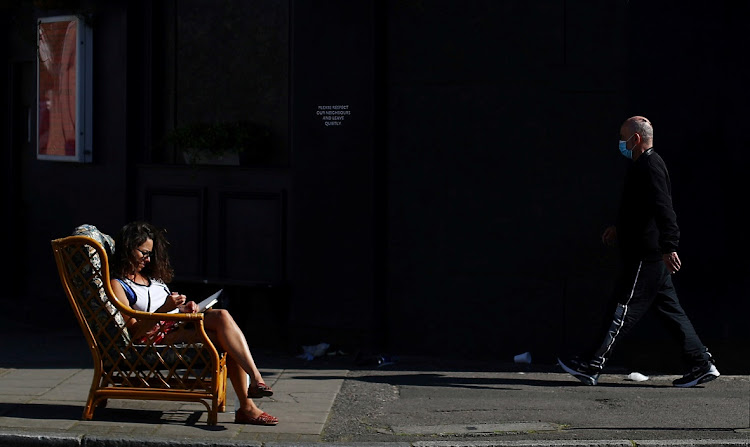 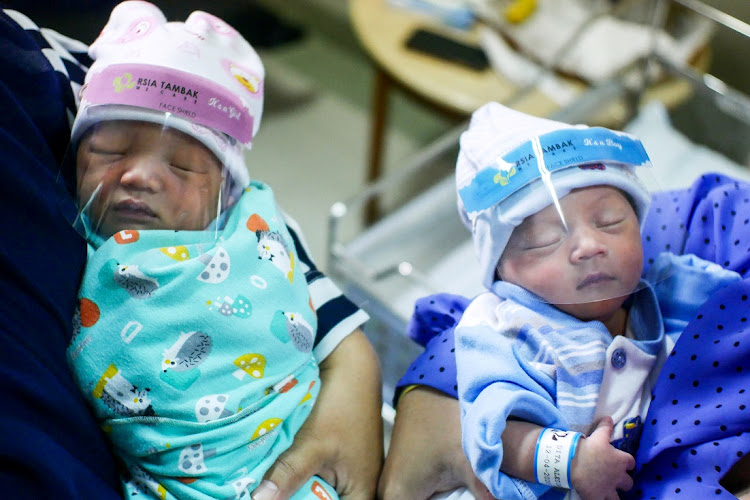 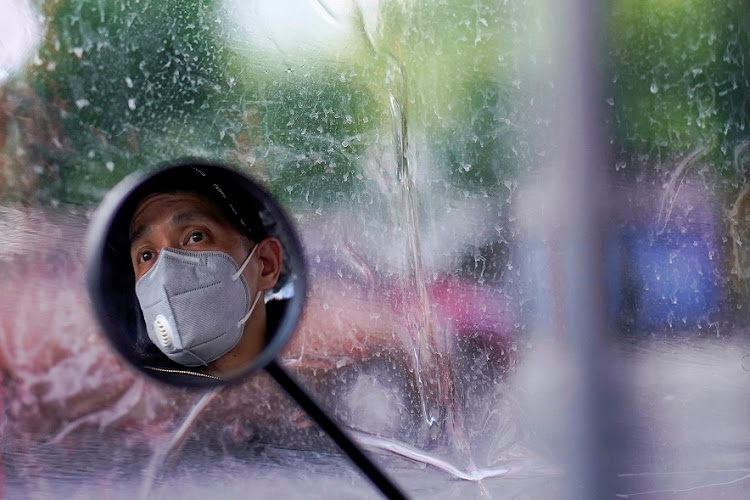 The EU’s Covid-19 response is an abject failure. The WHO is just as bad

It hasn't forged a common front against the pandemic. No wonder sovereign states are going their own way

Climate fight has been lost in the heat of a maelstrom

Global warming’s challenges have not disappeared, but they are now even further from the minds of those in power

It’s the end of the word as we know it: Scrabble app spells ‘nightmare’

The beloved 80-year-old board game is going online, sparking a backlash from traditionalists

Moving off the couch could help fend off deadly infections

How to stop loading up on lekkerness in lockdown

Are you snacking and drinking more? Have mealtimes gone out of the window? You're on the C19 diet

The corona cloud has a stubbled lining: hipster beards are the new no-no

If you’re being ruthless about culling clothes, it’s worth holding on to these items

You won’t have to go far to source this week’s luxe object of desire, it’s probably growing in your garden

Blast from the past: Ludick fizzles out to Cokes