They will also have to make their own arrangements with airlines, and go into quarantine for 21 days

When Elephant One checks in with his brother-in-law, he can't help bringing up the two bil from Stellenbosch

The booze ban will only lead to more bored binge drinking, say experts

All that stockpiled liquor just waiting for Saffers to knock back ... and other vices will probably increase as well

Loved to death: the grave task of keeping mourners away from funerals

As one bereaved person put it: ‘We can’t stop family from burying their loved one’

Cape health loses war with senior doctors. Now it has to fork out R80m

He tried to cure Covid-19. Instead he got four magnets stuck up his nose

Astrophysicist’s experiment to combat boredom and coronavirus got stuck, good and proper

WALL OF SOUND Ntsika Ntsele, 13, plays an alto saxophone while his neighbour looks on over a fence during lockdown in Soweto.
Image: Reuters/Siphiwe Sibeko

Four men were arrested at Strandfontein in Cape Town on Tuesday for trying to dump three bodies into the sea. Cape Town law enforcement marine unit officers were on patrol on Lukannon Drive along the False Bay coastline at 7am when they spotted a "suspicious vehicle" opposite Nautilus Way. "They observed four males walking towards the ocean. They monitored the vehicle and then decided to approach the unknown males," said law enforcement spokesperson Wayne Dyason. "On checking the vehicle they found the bodies of two adult males covered with blankets. Further investigation revealed another body of a male in the bakkie," he said. The suspects were arrested and the matter handed over to police for further investigation. Dyason said that particular stretch of coastline was well known for the dumping of bodies.

Warning over use of Mogoeng’s name in scam

The office of the chief justice (OCJ) has warned the public about an individual using chief justice Mogoeng Mogoeng's name to scam unsuspecting victims. The office said the person was targeting people with the aim of soliciting large sums of money by claiming to be Mogoeng. This was being done via e-mails being sent from the address executiveheadoffice@gmail.com and text messages from an 064 cellphone number. The office said neither the chief justice nor the OCJ were linked to that e-mail address or to the person claiming to be part of the OCJ.

Limpopo police have arrested eight people after the charred remains of three men were found in a village outside Groblersdal. Police spokesperson Col Moatshe Ngoepe said the group were arrested in Mpheleng and Naganeng villages on Sunday. They appeared in the Mdutjana Magistrate's Court on Monday facing charges of kidnapping and murder. Llu Time Lebotse, 29, Bethuel Lentsoane, 31, Thabo Maile, 33, Jefrey Mashifane, 38, Godfrey Phasha, 41, Piet Mashabela, 51, Solly Ramoshaba, 55 and Sarah Selahle, 72, were denied bail and the case was postponed to April 17. The bodies of Owen Ncube, 31, Salos Sithole, 23, and Lovemore Basera, 20, were found by a passer-by in a bush around Naganeng village in the Dennilton  area this month. They were burnt beyond recognition and a burnt-out Hyundai truck was next to them. “It is suspected that the deceased were severely assaulted … as there were several stones found around the scene,” Ngoepe said at the time.

Teachers across France have been unable to stay in contact with thousands of students to ensure they are still learning despite being unable to attend class because of coronavirus confinement. Based on the roughly 12-million primary and secondary school students registered in class this year, that means up to 960,000 children could be falling behind. – AFP

Malaysian authorities have advised women to wear make-up, not to nag their husbands and speak with a cartoon character’s soothing voice during the virus lockdown, sparking a flood of mockery online. In a series of Facebook posts, the Malaysian women’s ministry offered tips for how wives should behave during the lockdown. The post was removed Tuesday afternoon. – AFP

Thailand’s elephant in the room

Many elephants working in Thailand’s tourism sector may starve, be sold to zoos or be shifted into the illegal logging trade, campaigners warn, as the coronavirus decimates visitor numbers. With global travel paralysed the animals are unable to pay their way, including the 300kg of food a day a captive elephant needs to survive. – AFP

The Gauteng Health Department started screenings, tracing and testing for Covid-19 in the township of Alexandra on Tuesday. The Johannesburg township confirmed its first case of Covid-19 on Monday. President Cyril Ramaphosa announced a large-scale medical management programme with 10,000 workers would be deployed across SA to help curb the spread of the coronavirus. 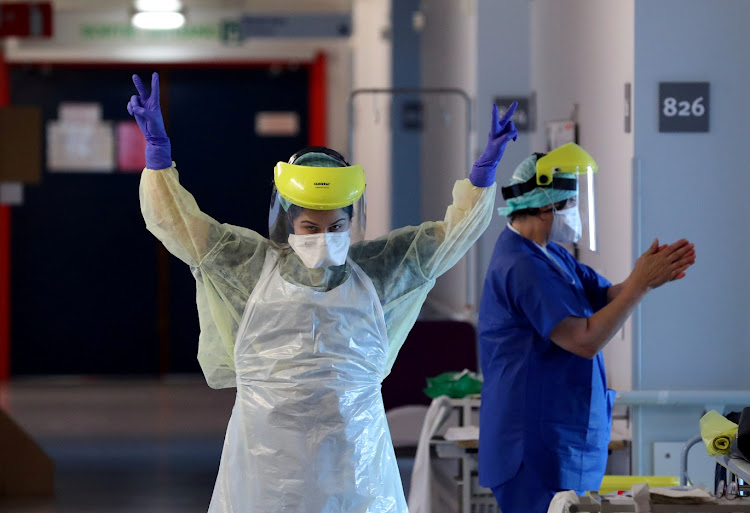 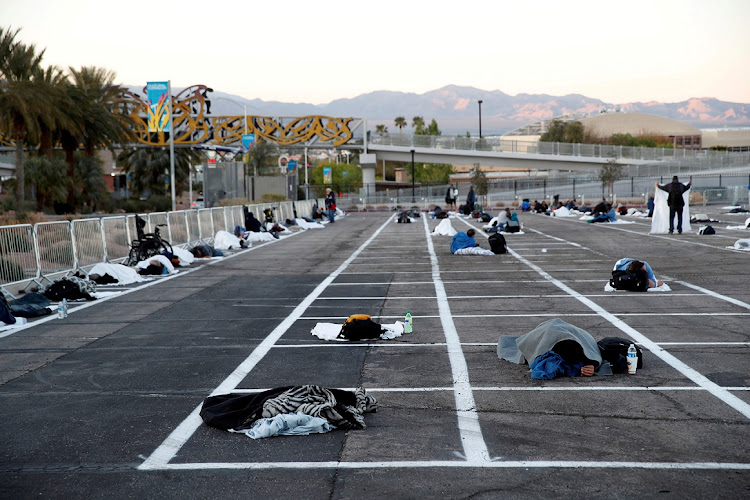 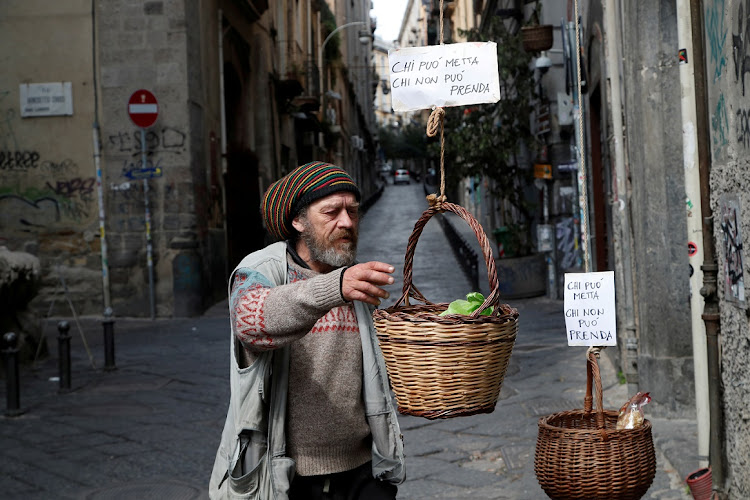 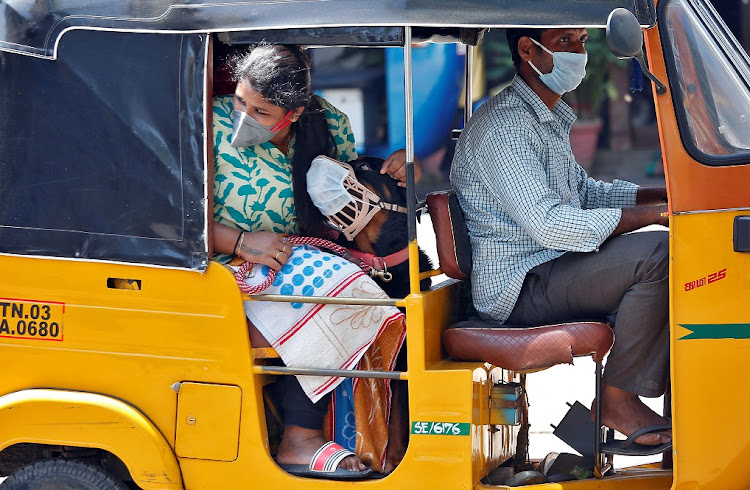 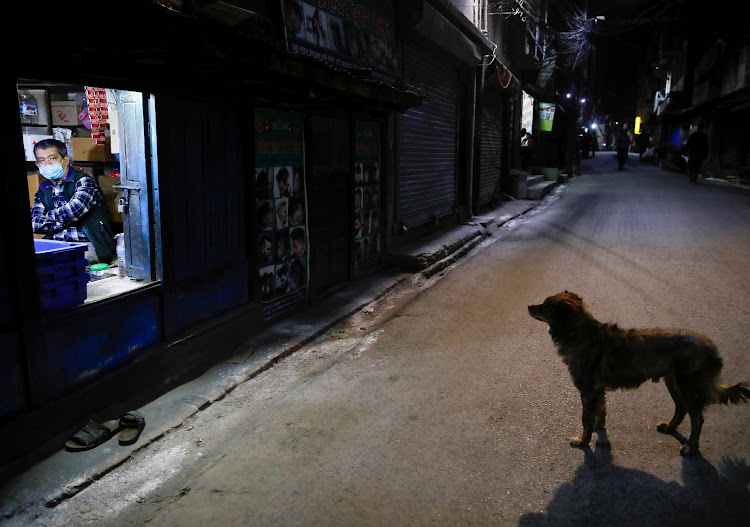 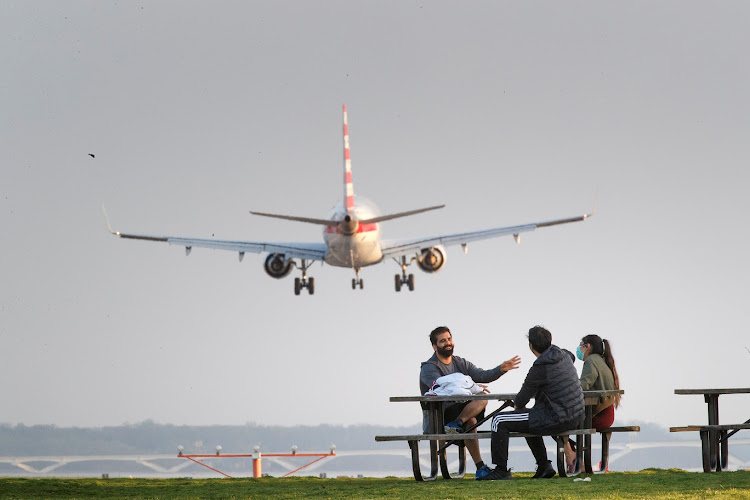 Could a Covid-19 vaccine be hiding in plain sight?

Binge-washing with takeaways: the dirty truth about the virus

We found out how long the virus can really survive on surfaces, and if you need to worry about that Pad Thai

Well done, Meghan, mission accomplished. Pity about the rest of us

In LA, Meghan and Harry will be able to ditch duty and criticism, while retaining their status and perks

No more excuses: ways to beef up your immune system

The answer is simple: lead a healthy lifestyle and eat a balanced diet

New lease of loaf: calling all Insta-chefs for lockdown cook-alongs

You could go bonkers, or you could do these things to kill time