If we, SA’s privileged, don’t give generously now, we will pay dearly later

Without donations from us, mass starvation is inevitable and, with it, a dire threat to our democracy

South Africans are desperately worried about job security amid the pandemic. We spoke to some of them

Mind the gap: why isn’t social distancing among the poor being policed?

Standing together (but not too closely): Saffers unite to fight the virus

From fostering animals to shopping for the elderly and providing water, citizens are rallying together

Bheki Cele and his ilk are fermenting a hangover nobody wants

LORD, GRANT ME THE STRENGTH Residents of Alexandra township queue outside Alex Mall to buy essentials. Priority was given to the elderly for them to collect their social grants at the mall.
Image: Sebabatso Mosamo

SA’s internet woes may be over soon

There is some relief on the horizon for adults working from home and cooped-up kids: a broken undersea cable affecting internet connectivity in SA is expected to be repaired in five days. Internet connectivity has been a source of frustration since a break on the West Africa Cable System (Wacs) submarine cable was confirmed late last Friday - mere hours into the 21-day lockdown to stop the spread of the coronavirus in the country. The South African National Research and Education Network said on Twitter on Monday that a cable repair ship, the Ile D'Aix, was sailing to the site of the fault. The estimated repair date is Saturday April 4.

An Ekurhuleni metro police department (EMPD) officer and a second man have been arrested in connection with a deadly shooting during lockdown enforcement in Vosloorus on Sunday. Acting Independent Police Investigative Directorate (Ipid) spokesperson Sontaga Seisa said EMPD officers were patrolling the area when they noticed people drinking alcohol at a tavern. He said locals attacked officers when they tried to make an arrest. “In retaliation the police discharged rubber bullets. It is further alleged that the deceased was followed up to his veranda where he was fatally shot.” Sibusiso Amos, 40, was declared dead on the scene. A 34-year-old EMPD officer and a “45-year old civilian person who is believed to be a private security officer” were arrested on Sunday evening and charged with attempted murder and murder. They are expected in court on Tuesday.

The defence department has condemned the use of violence on civilians by soldiers deployed to enforce Covid-19 lockdown regulations. Minister Nosiviwe Mapisa-Nqakula said the department had noted allegations of abuse by members of the defence force. She said a message was sent by President Cyril Ramaphosa – the commander-in-chief of the SANDF – warning the soldiers they should not use excessive force against citizens. TimesLIVE and HeraldLIVE photographers have witnessed soldiers forcing civilians to, among other things, do push-ups and other forms of physical exercise as part of punishment for breaching the lockdown regulations. Police spokesperson Brig Vish Naidoo confirmed he had seen some of the footage, but that its authenticity had not been verified. “However, judging from what one can see in these videos, such alleged behaviour by security forces is unacceptable which can be neither tolerated nor condoned," he said.

Now your boss is in your lounge

Employers could be tracking productivity and taking pictures of their workers' screens as the practice of working from home soars. Many people may be using work devices unaware that their bosses have installed tracking software to see if they are working or using their computers for internet shopping, banking or social media now they are more likely to be conducting business from their living rooms. Edgar Ndjatou, director at Workplace Fairness, said: "When you are given a device by your employer, always assume they are either tracking your location, or the software you are using, or will at some point audit devices to see what you have been up to - and that it is all legal."– © Telegraph Media Group Limited (2019)

A buyer for Bryant’s towel ? No sweat

The towel that Kobe Bryant wore over his shoulders during his farewell speech after his final National Basketball League game has fetched over $33,000 at auction, US media reports. With the towel draped around him to mop up sweat, the Los Angeles Lakers superstar closed his speech with his signature phrase, "Mamba Out”. The towel ended up in the hands of a fan as Bryant walked off the court and was then sold several times before the latest online auction. The winning bid on Sunday was $33,077. The buyer also received two used tickets to the April 13, 2016 Lakers game. - AFP

As humans retreat into their homes as more and more countries go under coronavirus lockdown, wild animals are slipping cover to explore the empty streets of some of the biggest cities. Wild boar have descended from the hills around Barcelona while sika deer are nosing their way around the deserted metro stations of Nara, Japan. Indian social media has gone wild about footage of a stag scampering through Dehradun, the capital of the northern state of Uttarakhand. Gangs of wild turkeys have been strutting the streets of Oakland, California, while a puma turned up in the centre of the Chilean capital Santiago, which is under curfew. - AFP

Be part of this 1,000-strong virtual choir, unite and sing SA's national anthem. 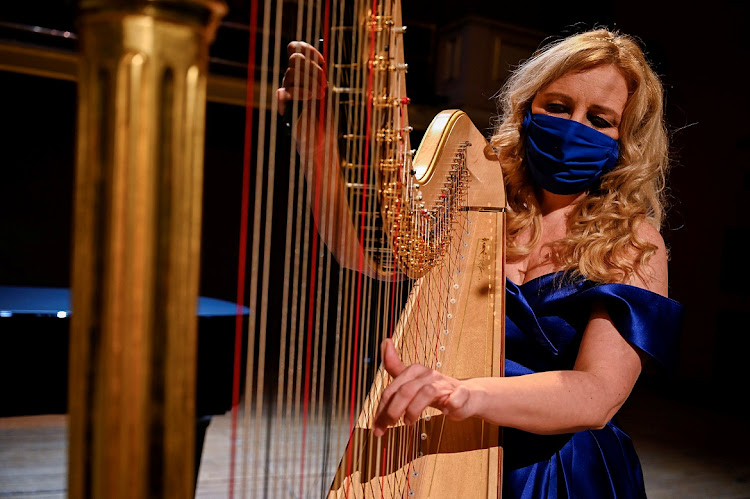 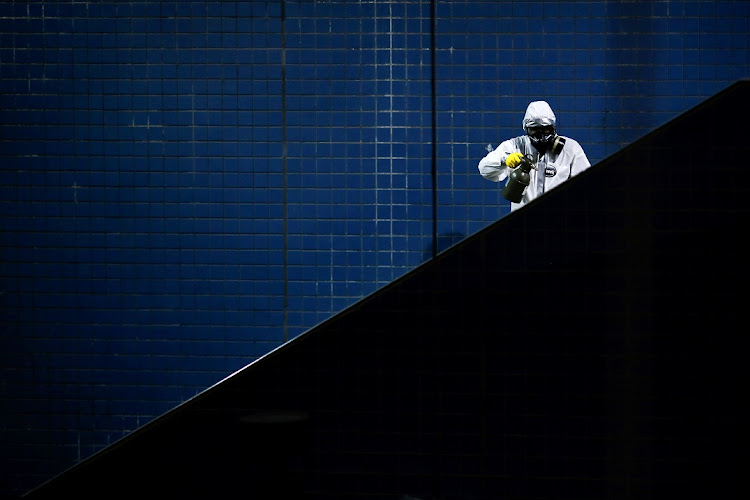 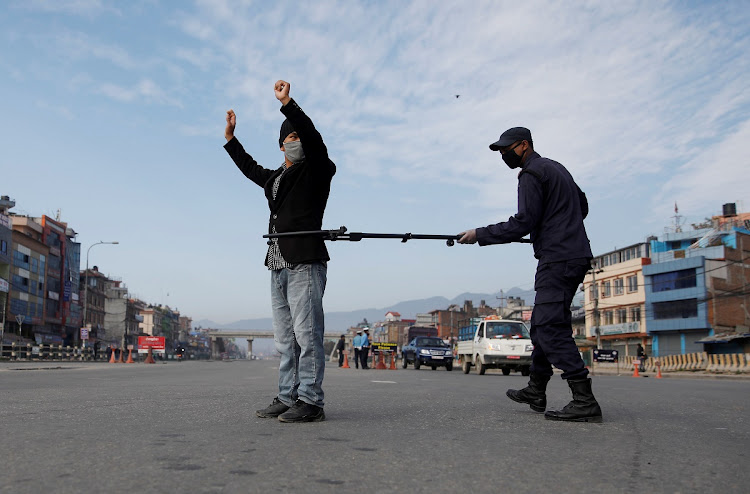 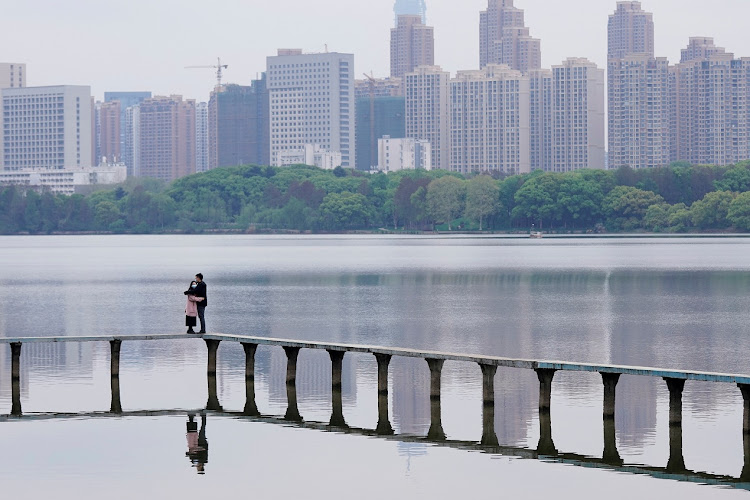 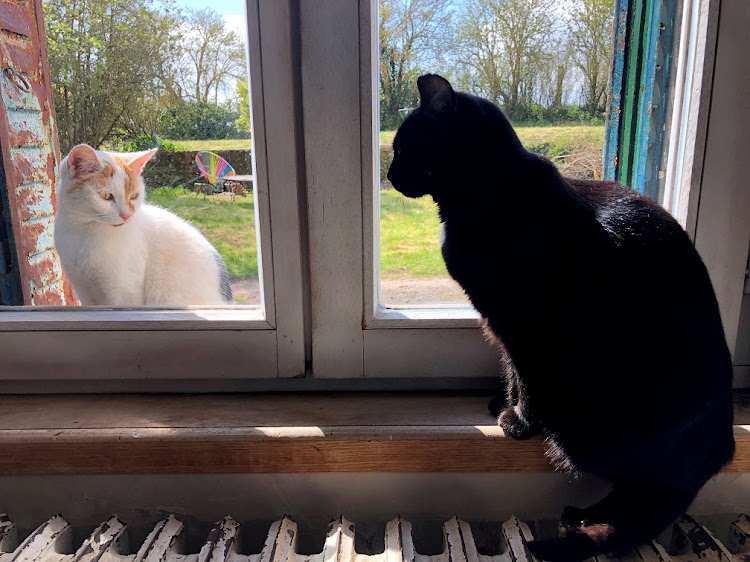 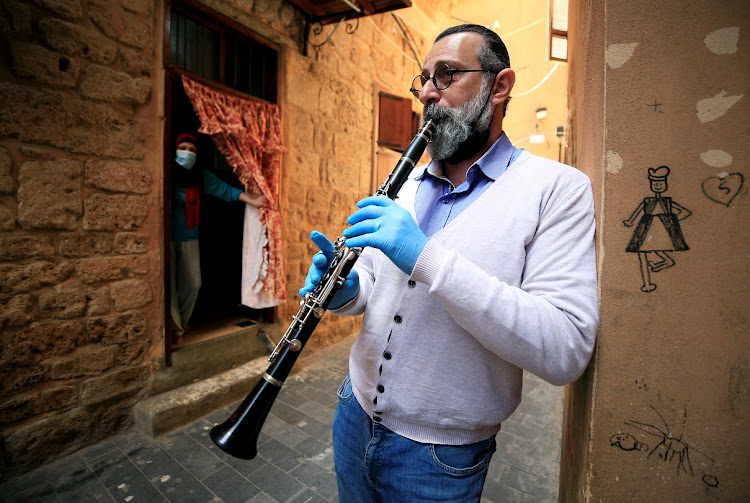 The virus has made celebs pathetic and needy. But we don’t need them

They’re desperate for attention, but hit all the wrong notes. The real heroes of the hour are the frazzled moms online

Bookmarks: yet another Fab Four tome, this time with a ticket to rile

‘A Childhood Made Up: Living With My Mother's Madness’ is a memoir about a boy’s traumatic upbringing

3D sprinter: how to win as an artist in a new world of empty galleries

Young mover, shaker and gallery owner Banele Khoza opens up about his art and what inspires him

State of the arts: need a lockdown gallery fix? Go to the ether

Closed doors don’t mean we can’t stay up to date on art. Become an art aficionado from your armchair

Blast from the past: defeat before disaster for Hansie