FACTS AND FEELINGS IN THE AGE OF THE VIRUS

Fikile take the wheel: what you can and can’t do on the road

From hygiene to passengers, these are the lockdown rules for public transport and private motorists

Less is Mir: if you think your lockdown is bad, consider this poor guy

Like legends who shrank from their magnum opus, we all wage a lonely battle

As we face 21 long days, the story of Joe Gould and Joseph Mitchell is a parable of human frailty and failure

Here we go, into an ellipsis ... hoping one day there’ll be a full stop.

The industry was already reeling from a double blow, now the pandemic has worsened the situation

Now, citing ‘egregious’ violations by the NPA in his case, he wants the Constitutional Court to decide

What ships sailing between SA and Europe reveal about climate change

Turns out that, contrary to what you might think, ship pollution may brighten up your day

Family at war after hacker steals R935,000 from trust fund

THE GATES OF HEALTH A man prays in front of an empty St Peter's Square in Rome.
Image: Reuters/Guglielmo Mangiapane

Former Eskom executive Mangope France Hlakudi has appeared in court on a R30m tax fraud charge. The former Eskom senior manager for group capital made a brief appearance at the Specialised Commercial Crimes Court in Pretoria on Wednesday, said Hawks spokesperson Brig Hangwani Mulaudzi. This followed a joint investigation by the Serious Commercial Crimes Unit and the SA Revenue Service, said Mulaudzi. Hlakudi allegedly did not declare his income from 2016 to 2018, with Sars losing “approximately R30m”. His case was postponed to May 27. This court appearance will come two days after he is set to appear in another matter - a R745m fraud and corruption case linked to the Kusile power plant.

The commission on restitution of land rights has warned about a scam that targets people in the Eastern Cape, promising to fast-track their land claims. Nomfundo Ntloko-Gobodo, chief land claims commissioner, said government programmes did not require citizens to pay for services. “Ruthless scammers are swindling the vulnerable land claimants in the Eastern Cape out of their hard-earned money, while purporting to help finalise their claims.” The commissioner was reacting to information received from the office of the regional land claims commissioner about land claimants from areas including Sterkspruit, eMaXesibeni, Bizana, Flagstaff and Idutywa. These areas have allegedly been targeted by scammers who persuade people to pay thousands of rand for help with or fast-tracking of land claims, Ntloko-Gobodo said.

A player who won the R7.4m Lotto jackpot on Wednesday will most likely have to wait until after the coronavirus lockdown to claim the money. National lottery operator Ithuba on Thursday announced a shutdown of its offices amid the coronavirus outbreak. “During the lockdown our head office and all regional offices will be closed. This means that no winners will be able to claim their winnings at any of our offices. Players should not be anxious about this because all winning tickets have a lifespan of 365 days. It is therefore imperative that players keep their tickets safe until they can claim,” Ithuba said. The winner of Wednesday’s jackpot played the numbers 10, 13, 19, 25, 42 and 47, with 35 the bonus number. Ithuba said it would be possible to buy lottery tickets during the lockdown.

Features such as Apple CarPlay and Android Auto are the biggest culprits in taking a driver’s attention off the road, a new study reports. Modern in-vehicle infotainment systems are impairing reaction times behind the wheel even more than alcohol and cannabis use. These are the findings of a new UK study commissioned by road-safety charity IAM RoadSmart. It reports that instead of the latest touchscreen and voice-control systems improving road safety, as they were designed to, exactly the opposite is true. The study found that reaction times at freeway speeds increased average stopping distances to more than four car lengths. Drivers took their eyes off the road for as long as 16 seconds while driving, which is equivalent to a distance of 530m at 120km/h.

You can still get your Sunday Times fix

The national lockdown came into effect on Thursday at midnight, but you will still be able to get your hands on a copy of the Sunday Times and the other print titles in the Arena Holdings group. The company confirmed it had implemented precautions for staff selling newspapers in and around Johannesburg and Pretoria. They will wear masks, gloves and protective clothing to ensure they comply with guidelines set out by the government, which has urged citizens to social distance and wash hands, and they will only be able to shop at certain times. For online updates follow @SundayTimesZA, @TimesSelect @TimesLIVE on Twitter.

Mzwandile Mlambo, who shot dead his parents-in-law during an attack at their homestead in Umzimkhulu, KZN, in 2017, was sentenced to two life terms this week after being found guilty of their murders. On April 15 2017, Nontuthuko Tenza, 60, and Shumilakhe Tenza, 61, were at their home at Nazareth area in Umzimkhulu when they were attacked. The shots were fired through the window and struck the couple in the head and stomach. Mlambo was tracked down and arrested soon afterwards. "It was established that the firearm used was stolen on April 13 2017. The accused allegedly stole his father’s firearm and it was used to commit the murders," police spokesperson Col Thembeka Mbele said. Apart from the two life terms, Mlambo, 40, was also sentenced to seven years' imprisonment for theft of a firearm and seven years for possession of an unlicensed firearm. 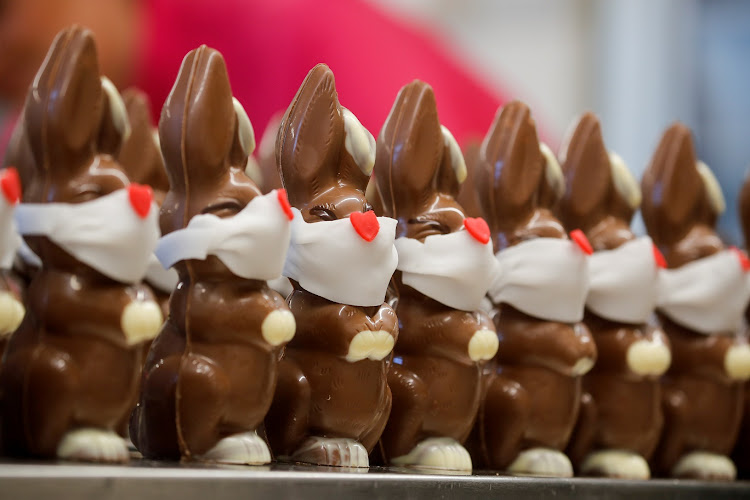 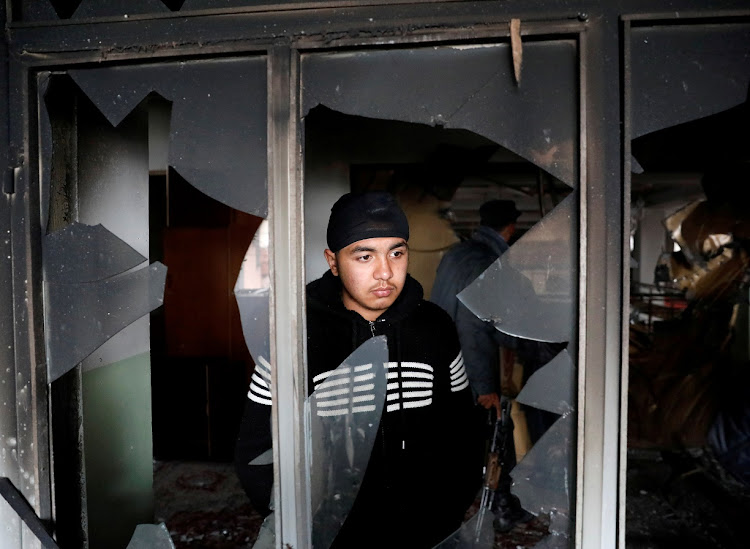 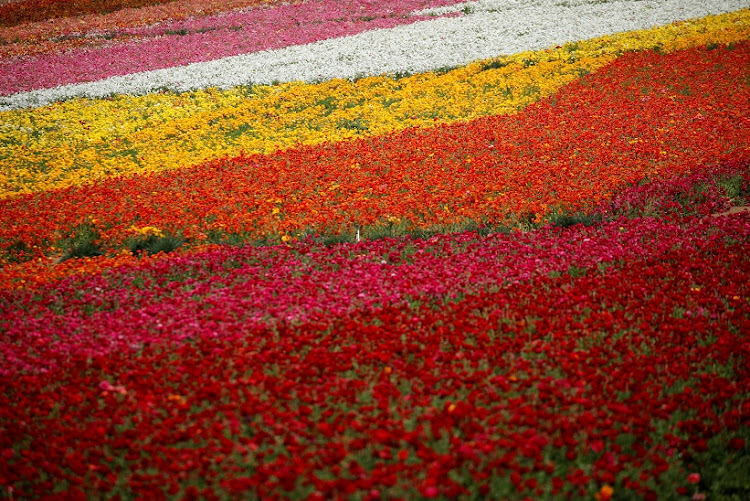 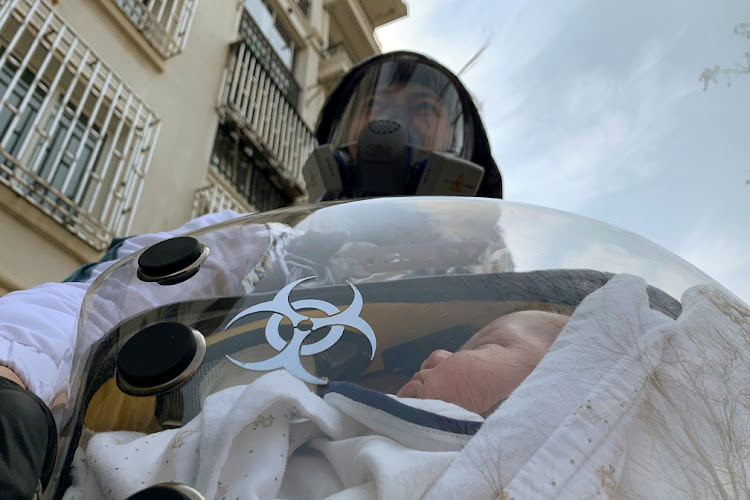 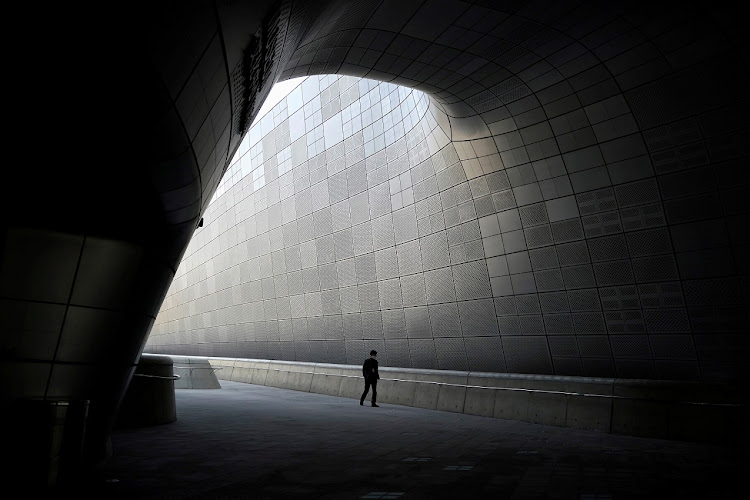 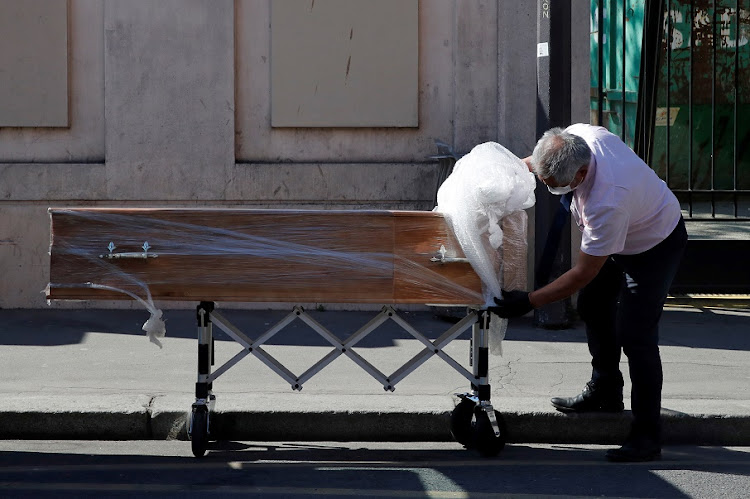 Andrew Cuomo is just what the doctor ordered for the US

As Trump shows a spectacular failure of leadership, a lesser-known figure has stepped up to the plate

Home truths: what matters, and what doesn’t, thanks to lockdown

‘Just cancel it’: did this creepy manga predict the Olympics’ demise?

An indomitable legacy, by Belenos! Asterix creator joins the gods

With writer René Goscinny, Albert Uderzo brought a satirical eye to his images of the feisty Gaulish warrior

WATCHING THE YEARS PASS YOU BY A mom and her son wish a six-year-old a happy birthday during a drive-by celebration in West Bloomfield Township, Michigan.
Image: Reuters/Emily Elconin

A South Korean man accused of coercing dozens of women and schoolgirls into performing sex acts in pay-to-view internet chatrooms has been paraded in front of the media. Cho Ju-bin, a 24-year-old who worked in an orphanage in Incheon, was arrested earlier this month and was awaiting trial before media coverage of the crimes of which he is accused triggered public outrage.More than 5 million people signed petitions on the home page of Moon Jae-in, the South Korean president, demanding that the authorities withdraw his right to anonymity before his trial. – © Telegraph Media Group Limited (2019)

Vladimir Putin declared next week a holiday with full pay but declined to impose a nationwide lockdown in Russia as he gave his first address over the coronavirus crisis. The Russian president yesterday surprised observers by stopping short of announcing a nationwide emergency and avoiding the use of strong language in describing the Covid-19 pandemic.With words like "quarantine" and "self-isolation" conspicuously absent from his speech, Mr Putin said that Russians will get a week off work with full pay next week and urged people to stay home.– © Telegraph Media Group Limited (2019)

Pet shelters and shops in the UK were cleared of animals last week as people apparently looked for a companion as lockdown loomed. Battersea Dogs and Cats Home said they had rehoused more than twice the number of dogs and cats that they did over a similar time period in 2019, and visitors to Pets at Home said the shops were running low on hamsters. Last week, 86 dogs and 69 cats left Battersea, while during the same week last year, 42 dogs and 29 cats departed.– © Telegraph Media Group Limited (2019)

With respirator face masks in short supply, the Washington National Cathedral dug deep underground to find its long-forgotten stash - in its crypt. The massive Neo-Gothic cathedral in the US capital said Wednesday that 5,000 masks bought more than a decade ago had been forgotten in its crypt level deep below its nine separate chapels. As US health officials sounded the alarm over the shortage of masks during the coronavirus pandemic, some staff noticed the stockpile set aside for priests. "The masks were purchased more than a decade ago following a previous health scare," the cathedral said. - AFP

When will this apocalypse finally be over? That is the question being asked by The Walking Dead television fans, after producers revealed they had not been able to finish making the popular zombie show's series finale due to coronavirus. "Current events have unfortunately made it impossible to complete post-production of The Walking Dead Season 10 finale, so the current season will end with its 15th episode on April 5," network AMC tweeted. "The planned finale will appear as a special episode later in the year." With no firm date set for the series conclusion, fans of the hit show were left raging, but also noting the irony. - AFP

An Australian accused of killing 51 Muslim worshippers in New Zealand's worst mass shooting changed his plea to guilty in a surprise move on Thursday. Brenton Tarrant, who appeared by video link, admitted to 51 charges of murder, 40 charges of attempted murder and one charge of committing a terrorist act in a hastily called Christchurch High Court hearing. "He has been convicted of each and every one of those charges," presiding judge Justice Cameron Mander said in minutes of the hearing released by the court." - Reuters

Come on, Moody’s, give SA a much-needed mood boost

It could announce on Friday that it’s degrading us to junk, but there are good, logical reasons why it may not

Forget Band-Aids. What the state can do to help us survive Covid-19

Alan Pullinger gives us the lowdown on the fate of small businesses, the role of banks and more

How to host a legal Houseparty, and other ways to fill the endless days

For the love of pod: an earful of boredom-banishing goodies

Now is as good a time as any to hop on board the podcast train. Here are a few of our favourites

Sounds of silence: how isolation has unleashed great music on the world

From Bruce Springsteen to Bon Iver, solitude has been responsible for some incredible music over the years

His form has to be questioned, while locking him in shuts out players who desperately need the experience

Blast from the past: Boks in try fest against Porta’s men