Government gets down to business as lockdown looms

What a gemors! UK shows how not to do a lockdown

People happily carry on with their lives as before, while government keeps on bungling its messages

Luckily for SA, we can heed what other nations have done to halt the virus

From tech solutions to business grants, South Korea, China and others appear to have winning strategies

Cookies, anacondas, Brit-less board games – here are your lockdown basics

In the interests of public wellbeing, I believe the following home activities are essential

Hand sanitiser is sold out everywhere. Ditto the ingredients to make it. Fear not – breweries have a plan

Saffers’ mental health taxed by Covid-19, but there are ways to cope

Those with anxiety, obsessive compulsive and mood disorders likely to suffer most, experts warn

Working at home? Protect your back with these exercises

THEIR HEALTH ON THE LINE Shoppers maintain the one-metre distance as they stand in at a supermarket after the lifting of a curfew in Colombo, Sri Lanka.
Image: Reuters/Dinuka Liyanawatte

Hotel and casino titan Sol Kerzner was buried at a small private funeral attended only by his family on Sunday, a day after he succumbed to cancer. Kerzner died at his home in Cape Town, surrounded by his family, at about 6.30pm Saturday. Ian Douglas, a friend and employee at Kerzner's companies for 20 years, confirmed on Tuesday that Kerzer, 84, had been laid to rest. "He was buried on Sunday with only his close family in attendance. In the Jewish faith the funeral happens very promptly," said Douglas. Kerzner is survived by his children Andrea, Beverley, Brandon and Chantal, and 10 grandchildren. His eldest son, Howard “Butch” Kerzner, died in a helicopter crash in 2006.

Exactly how much damage was caused by a fire that ripped through parts of Parkview Junior School in Johannesburg in the early hours of Tuesday is not yet known. At this stage, an overhead projector, musical instruments - including a 103-year-old piano - and 300 chairs are among the items damaged within the hall, classroom and storeroom which caught fire. The Gauteng education department is calling on anyone with information to share it with the police. Firefighters took about four hours to quell the blaze. The school hall, pupil support classroom and the equipment storeroom were destroyed.

Former tennis icon and convicted child rapist Bob Hewitt has been granted parole. Once a major name on the international tennis circuit, Hewitt, 80, was convicted in March 2015 of raping two teenage tennis pupils and sexually assaulting a third in the 1980s and 1990s, while he was their coach. Hewitt was sentenced to six years in prison in May 2015 but was only jailed in September 2016 after an unsuccessful Constitutional Court appeal. After serving just three and a half years of his sentence, Hewitt will be released on parole on April 24 after his hearing on Tuesday. The parole board found that Hewitt was eligible for parole and that he had a solid support system at home should he be released. Speaking after the announcement, a lawyer for one of Hewitt's victims, Tania Koen, said the matter could still be taken on review but this would be up to the victims.

Limpopo premier Stanley Mathabatha has announced his first executive reshuffle of the sixth administration, axing public works MEC Monica Mochadi from his team. The changes were announced in a statement from his office. Mochadi was replaced by Namane Dickson Masemola, who previously served as MEC of transport and community safety. Masemola has been replaced by speaker of the provincial legislature Mavhungu Lerule-Ramakhanya. Mathabatha said the changes stemmed from an assessment of the performance of the executive.

After a three-year operation, the Hawks on Monday arrested six alleged drug dealers in Bloemfontein. The arrest of the suspects - aged between 21 and 50 - was the culmination of a project undertaken by the Hawks’ Serious Organised Crime Unit. "The operation was conducted following an intelligence surveillance operation where the group’s illegal activities were monitored and evidence was gathered since 2017. "Over a period of time the group unsuspectingly sold supplies of various drugs to undercover police members, which resulted in 16 case dockets being registered and their recent arrest," Hawks spokesperson Warrant Officer Linda Steyn said. The six were expected to appear in court on Wednesday.

A 35-year-old has been arrested in connection with the murder of a 63-year-old farmer from the Dzumeri area outside Giyani, Limpopo. The arrest comes after the discovery of the body of Soyaphi Thomas Nkuna along the R529 road next to Maphata Village a week ago. Nkuna was found with a gunshot and stab wounds. He was a teacher at Kheto Nxumalo High School in Giyani before becoming a farmer. The man accused of the killing was arrested in Polokwane on Saturday, and was positively linked to a housebreaking and theft incident in the area. He was expected to appear before the Giyani Magistrate's Court on Wednesday, facing charges of murder and carjacking. 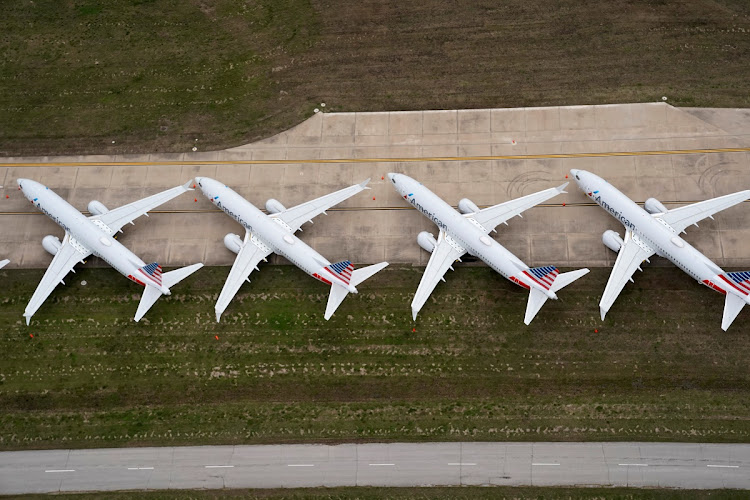 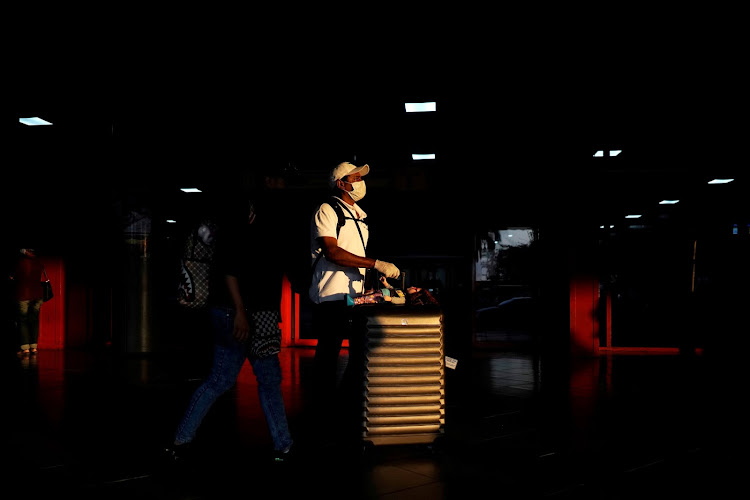 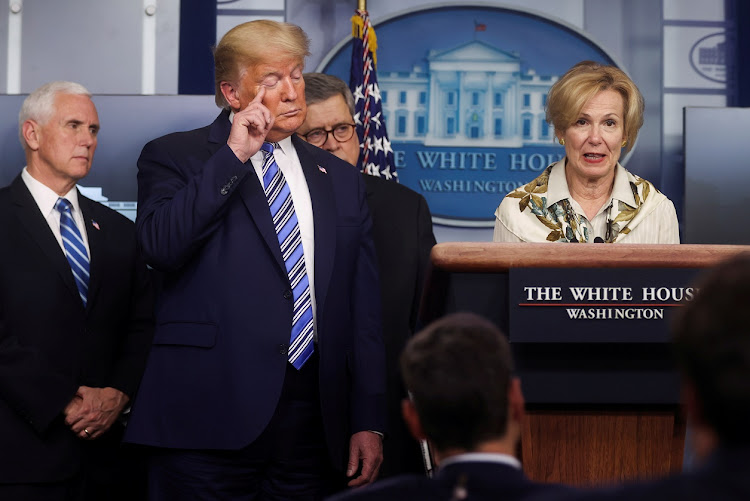 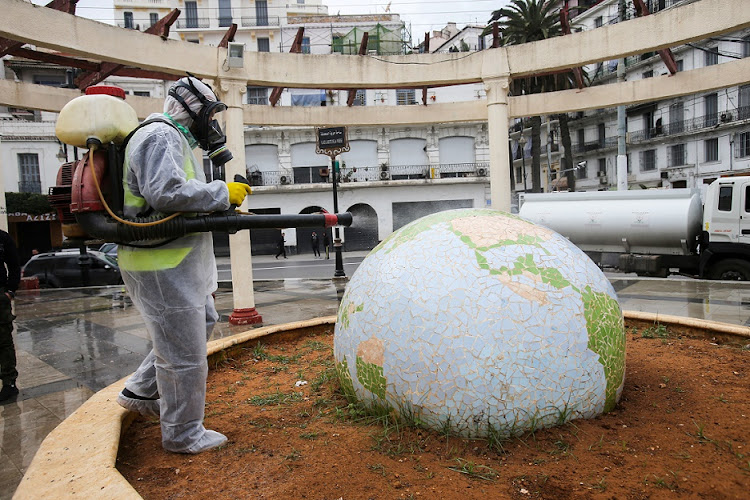 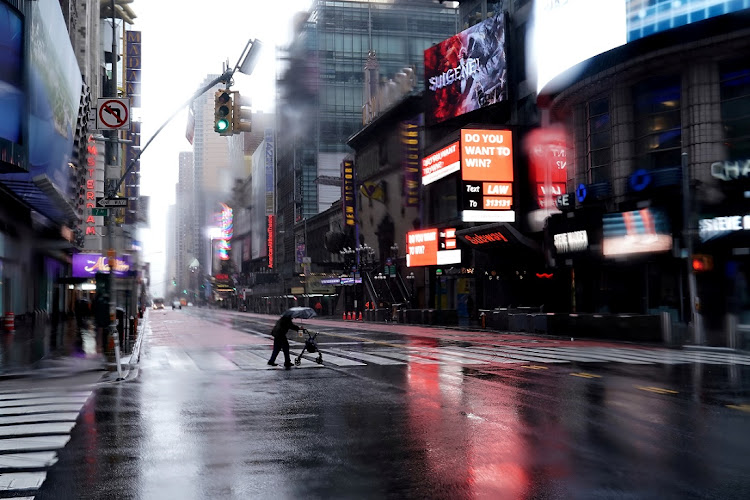 The virus has its own slasher movie, and Hollywood is the victim

Cinemas are shut and the film release schedule is in ruins. If the industry does survive, what form will it take?

The young think they’re immune to Covid-19. They’re in for a big shock

Egypt torturing kids as young as 12 in huge crackdown: report

They are being regularly swept up in raids, then electrocuted and waterboarded, among other horrors

In his memoir, he admits to ‘poetic fantasy’ in which he ‘stands defiantly’ with writers who also suffered ‘injustice’

CASH IN, BUT DON’T CATCH IT Men keep their distance as they pass money in Trafalgar Square as the spread of the coronavirus continues in London.
Image: Reuters/Hannah McKay

Veteran Afro-jazz legend Manu Dibango has died after contracting the new coronavirus, one of the first worldwide stars to succumb to the disease. The 86-year-old Cameroonian, best known for the 1972 hit ‘Soul Makossa’, ‘died early this morning in a hospital in the Paris region’, his music publisher Thierry Durepaire said. – AFP

The EU’s decision-making process is being sorely tested by video conferencing during the coronavirus pandemic, EU officials say, with one calling it a ‘catastrophe’. A virtual meeting of EU foreign ministers on Monday was punctuated by technical problems, speakers who were unsure if they could be heard and a lack of translators. – Reuters

Sixty-four people believed to be migrants from Ethiopia headed to SA have been found dead in a container attached to a truck in Mozambique. Authorities stopped the truck en route from Malawi. They found 14 people alive among the bodies of 64 who had died from suspected asphyxiation. The survivors were now being held at an immigration facility. Two people were detained in connection to the incident. – Reuters

Police in Meerut, India, are making citizens who break its lockdown hold up signs reading: ‘I am a friend of coronavirus,’ or ‘I am the enemy of society,’ before posting their pictures on Twitter. Most of India, which had 482 infections and nine deaths by Tuesday, is under lockdown to curb the spread of the virus, including Meerut. – Reuters

The Nigerian president’s chief of staff has tested positive for coronavirus. Abba Kyari, who is in his 70s, is an important figure in President Muhammadu Buhari’s government and his illness could have ramifications for the running of the country. Kyari has a history of medical complications, including diabetes, and is the gatekeeper to the president. – Reuters

Colorado governor Jared Polis on Monday signed a bill to repeal the death penalty and commuted the sentences of three men on death row to life in prison without the possibility of parole. Lawmakers in February approved the bill, overcoming fierce opposition from Republicans who tried to stall the vote. – AFP

It has happened before in SA, and it is working for other countries battling the Covid-19 outbreak

As SA shuts down, global markets have to steel themselves

Everyone! Four new cookbooks (and a journal) you ...

Blast from the past: Mwelase win is one for the ...