‘Absolutely the right thing to do’: Cyril’s lockdown plan to save SA

Here, in detail, is how things will work when we’re all confined to our homes for 21 days to halt Covid-19’s spread

Windows of hope: what lockdowns look like in other countries

Virtual evening drinks, chatting through windows, mass singalongs – this is how they’re keeping their spirits up

Covid-19 is changing the way forward for most faculties, creating a new frontier for the institution

Don’t, well, judge them, but judges say they need a pay hike

As economy reels from virus, judges say R2,312,463.30 per annum is too little to keep graft temptation at bay

She endured 48 hours of abuse in the build-up to the fatal stabbing, says report

Community hasn’t got a dime from tourist hotspot. Why?

Never mind the sanitiser, what SA needs right now is some sanity

Now is not the time to get high-minded about the right to freedom of movement or whatever, now is the time to obey

The fascination with its mediocrity continues, and even though I panned the film, it got its claws into me

Kenny Rogers, the giant of country who gambled with genres and won

Fame didn't come easy, but he became a fount of hit-making gold that transcended musical boundaries

Public protector Busisiwe Mkhwebane has suffered yet another devastating court defeat - this time against the SA Revenue Service - and been ordered, yet again, to personally pay 15% of the legal costs linked to the case. BusinessLIVE reported that Pretoria High Court judge Peter Mabuse e-mailed out his 53-page ruling on Monday afternoon, granting Sars commissioner Edward Kieswetter’s application for an order stating that Mkhwebane’s subpoena powers did not extend to taxpayer information. He further ordered that she personally pay 15% of Sars’ legal costs in the case. The case was sparked by Mkhwebane’s attempts to subpoena former president Jacob Zuma’s tax information, as part of her investigation into allegations that he received monthly payments from Royal Security in the first months of his presidency. Royal Security is owned by politically connected businessman Roy Moodley.

Gauteng local government MEC Lebogang Maile has appointed former ANC-deployed West Rand mayor Mpho Nawa to take over as administrator of Tshwane. His takeover was effective from Monday. This comes after the Gauteng government placed the municipality under administration this month following a series of collapsed meetings, including two to elect a new mayor, passing an adjustment budget and appointing an acting municipal manager. Maile defended his decision to appoint Nawa to lead, saying his government was not interested in the political affiliations of the team.

The KwaZulu-Natal education department took matric lessons to the airwaves from Monday. Most radio stations in the province, including Ukhozi FM, Vuma FM, East Coast Radio and Gagasi, are scheduled to hold lessons between Monday and Friday in different time slots. Some stations will extend lessons to the weekends. The department said CAPS radio, which is an independent online radio station promoting education, teaching and learning through social engagement, would announce their programmes through social media platforms. Provincial education spokesperson Muzi Mahlambi told TimesLIVE that the lessons were targeted at matric pupils. He said the department was looking at a multi-faceted approach to keep all pupils educated while schools are closed over the coronavirus pandemic.

An off-duty policeman in KwaZulu-Natal was woken by sounds coming from his neighbour's house at about 1.20am on Monday and sprung into action. "He went out to investigate and he noticed four males busy stealing groceries from the local shop which is a few metres away from his home. He then placed himself on duty and asked his brother to accompany him," KZN SAPS spokesperson Col Thembeka Mbele said. The policeman and his brother went to the business premises and apprehended all the four suspects mid-robbery at the in Ekuvukeni, near Wasbank, in the hinterland of the province. An unlicensed firearm with ammunition was found on one of the men. The four were taken to the Ekuvukeni police station, where a case of business burglary was opened.

With more people staying home and the roads quieter, people are driving faster - especially on highways and freeways. This is according to the Automobile Association (AA), which on Monday encouraged people to be safe and to continue to follow the rules of the road. “An unintended consequence of the coronavirus and the associated closures of schools, tertiary institutions and businesses, is that fewer people are on the country’s roads. This will, in all likelihood, lead to a drop in the number of crashes, injuries and fatalities. But this doesn’t open the door for those still on the roads to behave as they wish,” the AA said. It urged motorists to always be vigilant, put their cellphones away and remain focused on the road.

In a bizarre bid to evade arrest in Cape Town’s CBD, a man who was confronted for allegedly stealing a car tyre stripped naked and smeared his face with faeces. “The lengths that some people will go to to evade arrest is truly shocking,” said the city’s mayoral committee member for safety and security JP Smith on Monday. The city’s metro police department made 33 arrests on a range of charges - including murder, attempted murder, drug dealing, resisting arrest and drunk driving - in the past week. In one of the cases, a metro police CCTV operator spotted a man pushing a trolley down the road and removing the spare tyre from a white Suzuki during the early hours of Saturday. Staff from the central city improvement district were sent to track him down and when they did “he proceeded to undress himself before defecating and wiping his face with faeces to evade arrest”, the city said. “But that did not deter the police officers who arrived on scene and arrested the suspect for theft out of a motor vehicle.”
MONKEY BUSINESS HOURS A monkey crosses the road near India's Presidential Palace during a 14-hour long curfew to limit the spread of Covid-19 in New Delhi.
Image: Reuters/Anushree Fadnavis 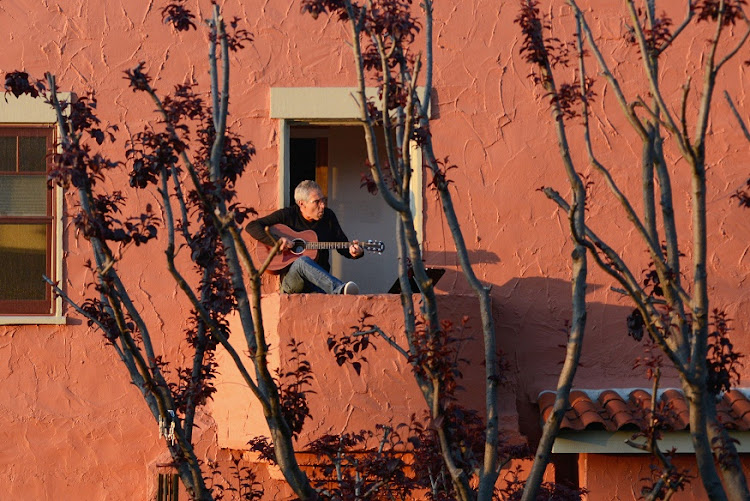 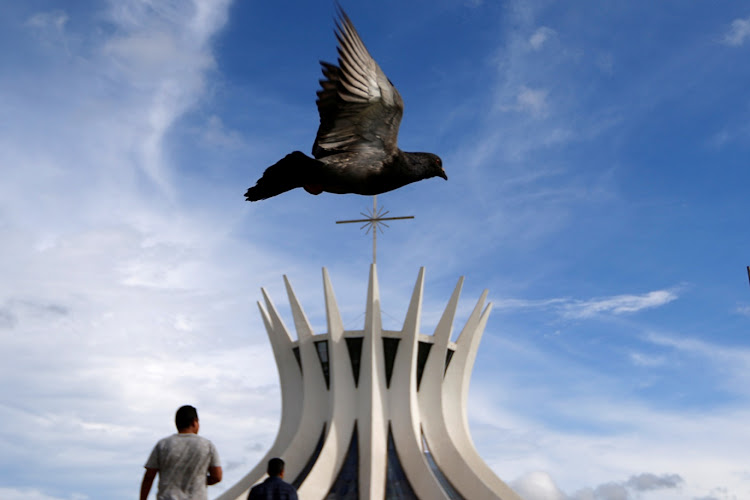 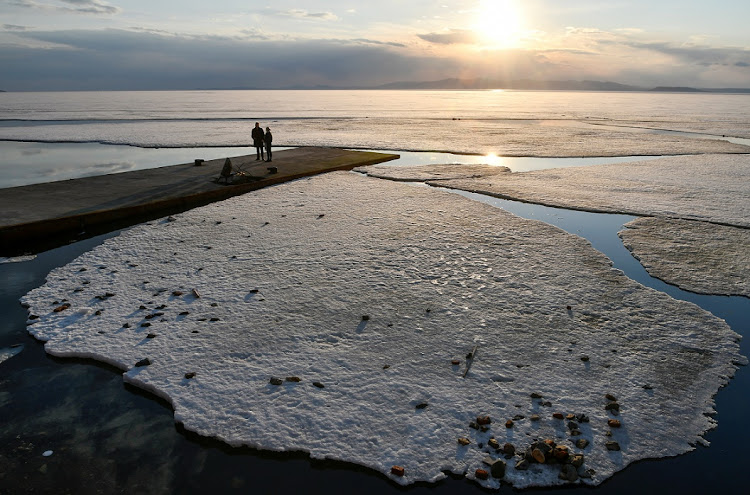 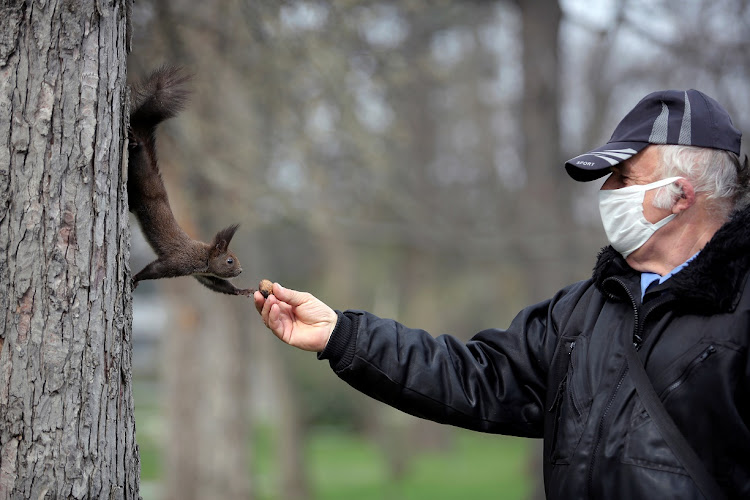 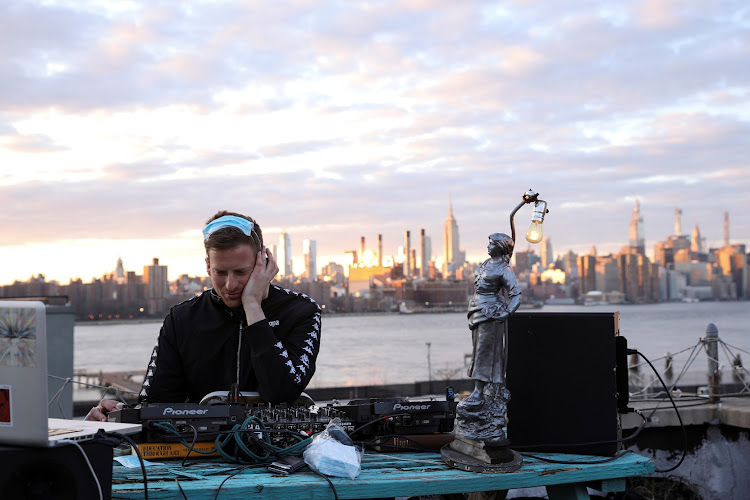 Hot on the trail: how Singapore passed the coronavirus test

Within days of China reporting the new virus, Singapore had upped screening at its borders with ruthless efficiency

Fire drills are just part of Kim Jong-un’s attempt to convince his people he is in control of Covid-19, say experts

The royal family sent special greetings on Sunday, which was Mother’s Day in the UK

BLOWING THE TRUMPET A replica of an elephant with a facemask is driven on trailer pulled by a car to bring Covid-19 awareness during a one-day curfew in Chennai.
Image: Arun Sankar/AFP

DNA evidence found on a discarded cigarette end has led to the arrest of a US man suspected of murdering a woman 35 years ago. Daniel Wells, 57, has been charged in Pensacola, Florida with the murder of Tonya McKinley, 23, who was strangled and sexually assaulted on New Year's Day 1985. A succession of detectives in Pensacola had failed to solve the case."Despite having a good bit of physical evidence and dozens of interviews, over time, the trail went cold," the Pensacola police department wrote on Facebook. The case was cracked thanks to a technique known as genetic genealogy in which police matched DNA evidence left at the crime scene with samples sent to commercial ancestry databases.– © Telegraph Media Group Limited (2019)

Disgraced Hollywood mogul Harvey Weinstein has tested positive for the novel coronavirus, US media reported on Sunday. Weinstein, 68, is in prison in northern New York state after being sentenced to 23 years in jail for rape and sexual assault. The fallen film producer's diagnosis was reported by celebrity news website TMZ and local paper the Niagara Gazette.Weinstein's spokespeople have declined to comment to US media. The New York State Department of Corrections did not respond when contacted for confirmation of the reports. Sources told TMZ Weinstein was one of two inmates to test positive at the high-security Wende Correctional Facility northwest of New York City and that he has had no contact with family or his lawyers since his diagnosis. - AFP

From lab-grown "seafood" to dumplings made with tropical fruit instead of pork, rising demand for sustainable meat alternatives in Asia is spawning creative products to appeal to local palates. Meat and seafood consumption in Asia is projected to soar, fuelled by growing middle classes in booming economies, but green groups warn of the environmental damage such a trend could bring. Demand for plant-based meat alternatives is still nascent in Asia, but is nevertheless rising by about 30% annually and is particularly strong in developed markets such as South Korea, Hong Kong and Singapore, industry players say. - AFP

Virus can’t get a beat on him

Just because there's a pandemic going on, doesn't mean the party has to stop. And one DJ has kept it going - for 10 hours at a time. The coronavirus has upended daily lives, with thousands of deaths around the world. Many people are staying at home in an effort to stem the rapid-fire spread. Celebrity DJ D-Nice has begun hosting virtual dance parties on his Instagram Live channel in an effort to lift spirits as people self-isolate over coronavirus concerns. Many of his A-list friends - including Rihanna, Common and John Legend - have made guest appearances thanks to Instagram Live's split feature, which lets two people appear in a split screen. - AFP

South Korean President Moon Jae-in has called for a full investigation into a network of chat rooms at the heart of an operation to blackmail women and underage girls into sharing sexual images of themselves. The National Police Agency said 124 suspects had been arrested and 18 operators of chat rooms on Telegram and other social media had been detained as a result of investigations into such sexual crimes since September 2019. The perpetrators would attract victims through fake job ads and solicit compromising photographs. They would then threaten to release the photographs if the victims did not send images of increasingly degrading and violent acts, the police said. - Reuters

The coronavirus pandemic has handed Kenyan fishermen an unexpected boon - a rush of customers who now shun imported Chinese frozen fillets in favour of freshly caught fish from Lake Victoria. Kenya bought $23.2m worth of frozen fish from China in 2018, according to the International Trade Center, almost all of its fish imports. Fishermen have long complained that the cheap imports were strangling local trade. The coronavirus has slowed Chinese imports. Nervous customers have turned to local fish. But Kenya will soon face shortages unless imports from China resume; it produces just over a third of what it consumes. - Reuters

Emergency measures include payment holidays for some customers and small businesses

SA must wash its hands of another 10 wasted years

There were Ninety One reasons not to list last week, but, hey, no regrets

Just for the record: You won’t get any flak for loving Roberta

If lockdown gets so bad you have to eat your dog, here’s the book for you

Why curly hair is handy in a crisis, and other lessons from John ‘Lofty’ Wiseman’s SAS Survival Guide

SPORTS DAY: Cancelling the Games ‘is not an option’

Mbanda jumps from the back row to the coronavirus front line

Italian flanker, who volunteers as an ambulance driver, describes horrific scenes in one of the hardest hit cities

Blast from the past: Aussies scuffle off in disgrace