South Africa is doing its bit. It’d be nice if all its leaders were too

Ordinary people are trying to heed the call, but it’s hard when those in charge openly defy the new normal

Ramaphosa’s response to Covid-19 gets a huge thumbs-up

In the time of the virus, are you still entitled to a full refund?

It may not be fair for either consumer or supplier to take the full knock, but this is what is still reasonable

The logistics and impact of a national lockdown have been the focus of talks with state, says umbrella body

Sun of the soil: Kerzner’s life was a tale of contradictions

The ‘Sun King’ lived large, and sometimes hard, as he built a glittering empire often dogged by controversy

Well, at least Mkhwebane has got a silver lining from the pandemic

Virus diary: Free after self-isolation, I find myself in a new prison

The virus is a blip, our biggest threat is coming, says David Attenborough

It will be serious, but we need a sense of proportion, he says, pointing to a greater cataclysm: climate change

They wrote it this week: There the countess was, on the loo, when suddenly ...

Mercedes-Benz South Africa (MBSA) will continue operations at its East London plant despite one of its employees testing positive for the coronavirus. On Saturday, the health department announced that the Eastern Cape had its first confirmed coronavirus case, a 28-year-old woman. In a statement on Saturday night MBSA said: “We can confirm that the reported case is an employee of the company who had been in self-isolation since returning from Germany. “We would like to put your mind at ease: this employee did not return to the manufacturing operations and has not been in contact with other employees of the company since returning from Germany.” As a result, the company had no suspected or reported cases of transmissions of Covid-19 on its site and there was no need to suspend operations.

Nelson Mandela Bay Metro police have fined a nightclub R2,500 for selling alcohol after 6pm. Metro Police chief Yolande Faro said the offense was penalised as part of law enforcement patrols focused on law enforcement on Friday night in Central. The non-compliance fine is in accordance with regulation 8 as published in Government Gazette 43107 that limits the sale, dispensing or transportation of liquor as part of efforts to curb the spread of the coronavirus. Shane Brown, Nelson Mandela Bay municipality’s director of disaster management, said this decisive action was indicative of the stern consequences facing individuals disregarding the regulations published as part of the national disaster proclamation.

Some private hospitals in KwaZulu-Natal have agreed to make their wards and beds available free of charge in the event of a “large-scale outbreak” of Covid-19 in the province. MEC for health in the province Nomagugu Simelane-Zulu and her team met with nearly a dozen private health care service providers on Friday, where they pledged to lend a hand in the fight against the virus. On Saturday the national health department released the latest number of confirmed infections in SA, which has risen by 38 since Friday to 240. KwaZulu-Natal has three new cases, while Gauteng has 16, the Western Cape has 18 and the Eastern Cape has recorded its first Covid-19 case.

Zimbabwean vice-president Constantino Chiwenga's estranged wife, Mary Mubaiwa, has accused the retired army general of directing two leading banks to block her from accessing her accounts. Through her lawyers, Mubaiwa has threatened to sue Commercial Bank of Zimbabwe (CBZ) and FBC Bank for acting illegally by taking instructions from someone who is not a signatory on her accounts. In December, when their divorce proceedings began, Chiwenga sued Mubaiwa for US$245,428 that was allegedly in her FBC bank account. The vice-president claimed the money was his and had been paid into her account as proceeds from his hunting concessions. Mubaiwa's CBZ account is linked to alleged externalisation of close to US$2m between last April and October. The money was used to buy property in Pretoria and two top-of-the-range Range Rovers registered in SA.

Four suspected poachers were arrested inside the Kruger National Park on Saturday. “The four were arrested along the Pretoriuskop and Skukuza road. A heavy-calibre rifle, ammunition and poaching equipment were confiscated,” Kruger National Parks spokesperson Ike Phaahla said. He said the arrests were carried out by ranger, protection and air wing services with support from private concession colleagues. “Further investigations are ongoing,” Phaahla said. The four arrests bring to 11 the number of suspected poachers who have been arrested at the national park in a number of incidents since the start of the year.

Police arrested a 31-year-old suspect and seized counterfeit cigarettes with an estimated value of R1.25m at one of the country's border posts with Botswana on Friday evening. Police made the arrest at the Kopfontein port of entry when they stopped an Isuzu bakkie belonging to a courier company for a search. “During the search, they discovered 75 master boxes of cigarettes with an estimated value of R1.25m,” police spokesperson Brig Sabata Mokgwabone said. He said the driver was arrested and charged with failure to declare goods on which duty  had not been paid. “The suspect is expected to appear in the Lehurutshe Magistrate's Court on Monday.” Mokgwabone said acting North West police commissioner Maj-Gen Ryno Naidoo welcomed the arrest and seizure, saying it would send a clear message that transnational crimes will not be tolerated. 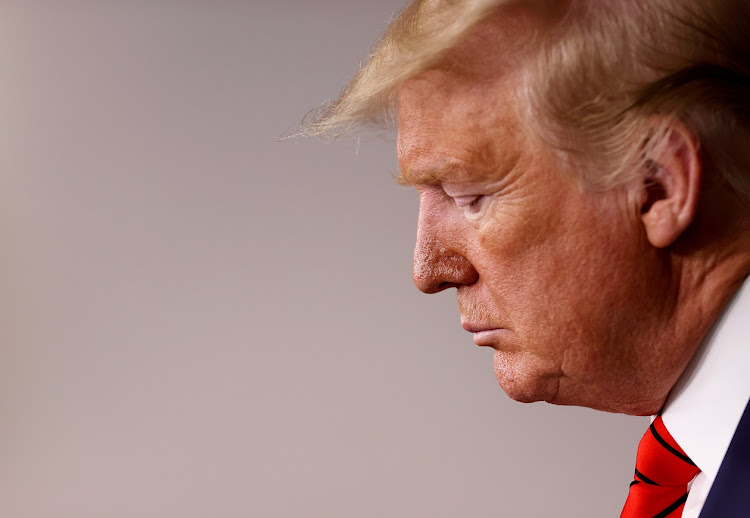 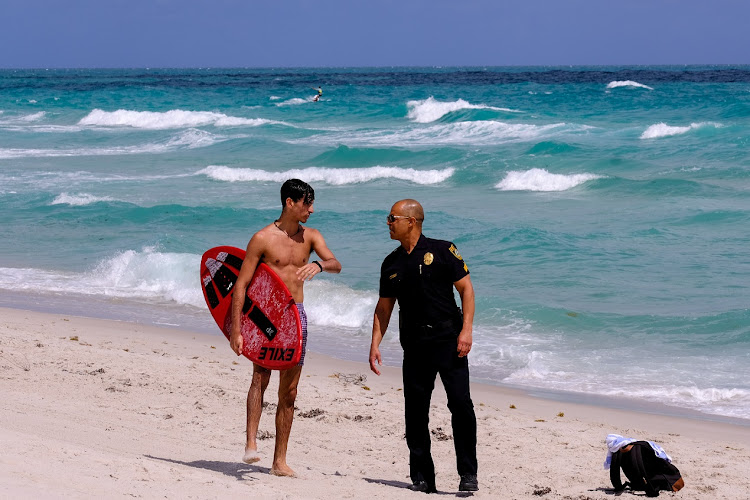 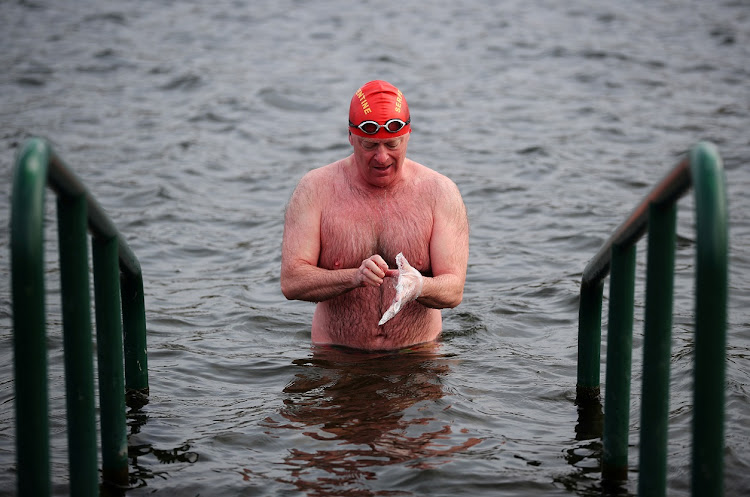 Mistress stirs Spain royal crisis, and it’s a king-size pain for the people

Plastic? Personal pronouns? Sorry, no time for that decadent nonsense

The pandemic has forced us into unprecedented territory, and there’s no room for our fanciful fixations

Will the US face reality or plunge into escapism? Here are the scenarios

Slovenia's only nuclear power plant, Krsko (NEK), has not been affected by a large earthquake which hit neighbouring Croatia early on Sunday but authorities said it had started inspecting systems and equipment as a normal preventive action.NEK is jointly owned by Slovenia and neighbouring Croatia, whose capital was shaken by a 5.3 magnitude earthquake that damaged buildings, sent many people into the streets, buried vehicles in rubble and caused several fires. - Reuters

Mexico to let in more migrants

Mexico says it will allow a limited number of Central American migrants seeking asylum in the US to legally enter Mexico in order to minimise the number of people at US border stations. Mexican immigration authorities will evaluate who is allowed into Mexico on a case by case basis and said the measure will exclusively apply to people from Honduras, El Salvador and Guatemala. Fewer than 100 people per day will be allowed into Mexico, it added. - Reuters

Hundreds of Maoist rebels have gunned down 17 Indian security forces in one of the deadliest ambushes in recent years by the militants. More than 300 armed rebels took part in the attack on a police commando patrol in the jungles of Chhattisgarh state. Large numbers of reinforcements were sent to the district on Sunday. “We have recovered 17 bodies and another 15 police are being treated for injuries,” police said. AFP

In Argentina's nationwide lockdown, one magical being has been handed a presidential exemption: the tooth fairy. President Alberto Fernandez earlier this week ordered all but essential workers to stay home. But he was forced to amend the list of exceptions after receiving a message from the mother of a seven-year old boy who had recently lost his first tooth. “Dear @alferdez, I need to ask if the tooth fairy is among those exempted from quarantine? Joaquin has lost his first tooth and we don't know if we should leave him a letter (we can't find the tooth). We don't want to cause the tooth fairy problems or for the police to detain him.” Fernandez reassured the boy an hour later that the tooth fairy was indeed on the official list of exceptions. - Reuters

‘Having sex is fine. Just keep it vanilla’

Sex while social-distancing is not necessarily unsafe, a British health expert said, as long as it is not too “bohemian”, involves just two of you, and neither partner is pregnant, over 70 or unwell. Asked about lovemaking in the time of coronavirus, when people are being asked to avoid socialising, Paul Hunter, a professor in medicine at Britain's University of East Anglia, said that in most households it should be fine. - Reuters

Iraq on Sunday imposed a total nationwide lockdown until March 28 to fight the novel coronavirus, as the number of cases grew and the death toll climbed to 20. Most of Iraq’s 18 provinces had so far imposed their own local curfews but the new measures would include the whole of the country. Schools, universities and other gathering places will, as will the country's multiple international airports. - AFP

Instead of incentive, Treasury delivers a slap to the face of investors

With a U-turn on automotive special economic zones, the ragged red carpet is pulled out from under them

Ngozi Okonjo-Iweala has proved she can tackle corruption and rebuild state institutions, but she has some blind spots

Corona-pocalypse 2020 is going to be an eye-opener. Here is our prediction of ways it’s going to give us a wake-up

What would Jesus do? Well, he’d chill out, and so should you

The importance of being idle: it’s free – and it’s good for your health

It’s just no fair, old sport: players are human too and deserve to be heard

As decisions are made about cancelling events or not, the feelings of the actual sportspeople should be respected

Blast from the past: LJ van Zyl bags Commonwealth gold