Beware, retailers! If you hike prices or stockpile, you’ll get a fat fine

Government’s ruling won’t stop misinformation, which is why we need to practise basic info hygiene

Police confirm a man has been arrested, and the air force says it is aware of the matter

Mkhwebane and Modise raise the stakes in a heated war

Meanwhile, the involvement of embattled Judge President Hlophe may throw a spanner in the works

Investment firm has to refund R804,000 stolen by Gmail hackers

The moment of self-revelation is at hand: how we behave now is who we are

Cyril’s dad was economic with his words, but not with his loving care

In this time of isolation and fear, it is worth recalling the example of Samuel Ramaphosa when his sons were in jail

The Tshwane city council has been dissolved after the National Council of Provinces (NCOP) voted to accept a report recommending this. The majority of provinces, during a sitting of the NCOP in the Gauteng legislature on Thursday, voted to adopt the report. Only the DA-run Western Cape voted against the dissolution of the council. Tshwane was placed under administration by the Gauteng government after it failed to hold council meetings since late in 2019 due to leadership squabbles. The municipality has been without a mayor for close to a month after Stevens Mokgalapa resigned on February 26 after a leaked recording purportedly featuring him and one of his mayoral committee members. The council now has 90 days to hold a by-election, where all wards in the city will be up for contestation.

A Potchefstroom bank teller has appeared in court for allegedly stealing a client’s lottery winnings. Nonhlanhla Phillona Matinyane, 29, appeared in the Swartruggens Magistrate's Court on Wednesday for theft, said police spokesperson Col Adéle Myburgh. She was released on R1,500 bail and her case was postponed until April 8. “Matinyane was arrested on Monday after investigations revealed that she allegedly stole money from a client, who previously won an undisclosed amount of money in the national lottery. The client, aged 46, was alerted by her financial adviser that withdrawals of substantial amounts of money were made from her account,” said Myburgh.

Man gets life for raping niece, 9

A KZN man has been sentenced to life behind bars for the rape of his niece when she was nine. Police spokesperson Capt Nqobile Gwala said the 37-year-old man was sentenced in the Inkanyezi Regional Court, in the north of the province, on Tuesday. "It is alleged [that] on December 17 2018, a nine-year-old girl was bathing at a water tap at Ngudwini with other children when she was called by her uncle, who sent her to the local tuck shop. Before they could reach the shop, the victim was dragged into the nearby bushes, where she was raped,” siad Gwala. Provincial commissioner Lt-Gen Khombinkosi Jula said the sentence would send a clear message that "we will do everything within our control to remove sexual predators from our communities".

The ANC in KwaZulu-Natal has disbanded its Josiah Gumede regional executive committee (REC) after weeks of unrest in Ladysmith, a town located in the region. However, provincial secretary Mdumiseni Ntuli said there was no link between the decision by the provincial executive committee (PEC) to dissolve the region and the protest in Ladysmith. “There is a rapid decline in the state of municipalities. Service delivery is becoming a challenge because the central authority that must lead every deployee is weak and becoming weaker. The PEC felt that to keep that REC is against the interests of the ANC,” said Ntuli. Ntuli said the decision came after months of internal infighting in the region. He said the REC in its current form was having “serious difficulties” in providing leadership, not only to structures of the ANC but to communities governed by the party.

Mpumalanga police were on Thursday investigating the killing of a retired elderly pastor and his wife near Bethal. Brig Leonard Hlathi said the pastor was 70 years old. His wife was 67. “Their bodies were discovered [on Wednesday] afternoon in their vehicle, which was left abandoned at a veld next to Bethal Dam,” he said. “According to a police report, the couple left their home earlier in the day to drop off their helper at Emzinoni, but never returned home.” A manhunt for the suspects has since been launched.

A teenager who sent a message to her cousin begging for assistance after the driver of a truck she had allegedly hitched a ride in had refused to stop has been reported missing, Mpumalanga police said on Thursday. Brig Leonard Hlathi said 18-year-old Simlindile Masina from Breyten has not been heard of since sending that message on March 9. “She apparently hitched a ride with a passing truck and during the trip, informed her cousin via text that the truck [driver] doesn’t want to stop so they must assist,” said Hlathi. Her phone has been off since then. 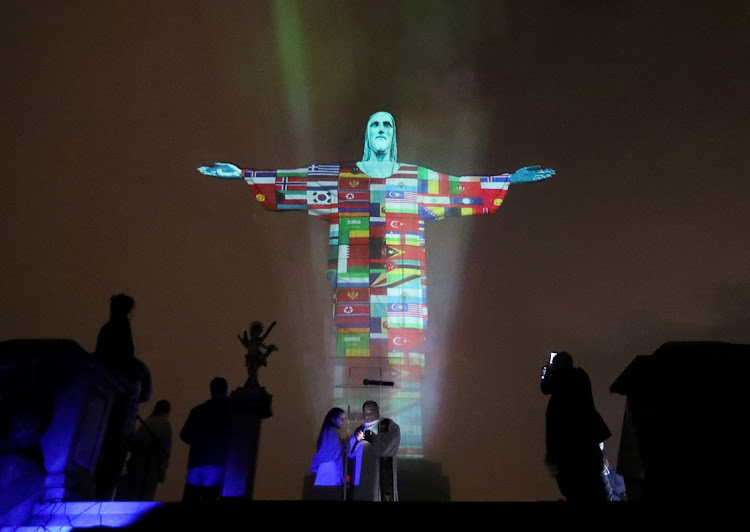 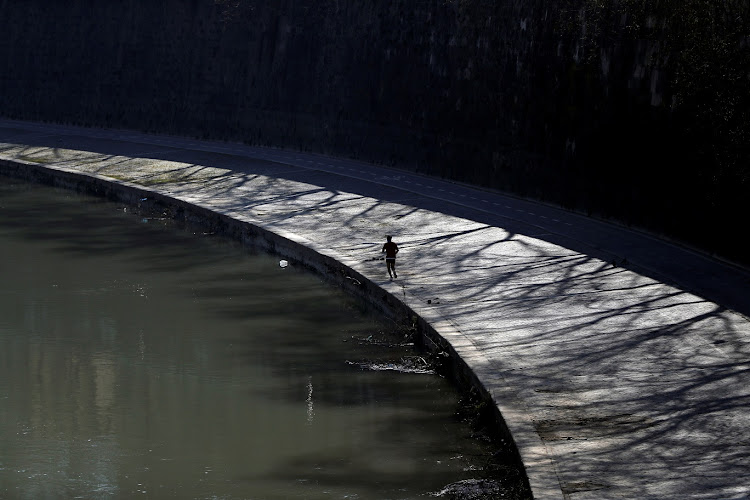 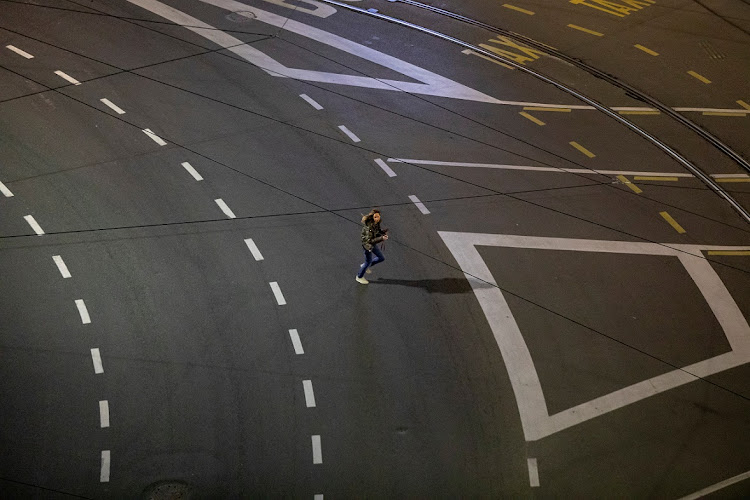 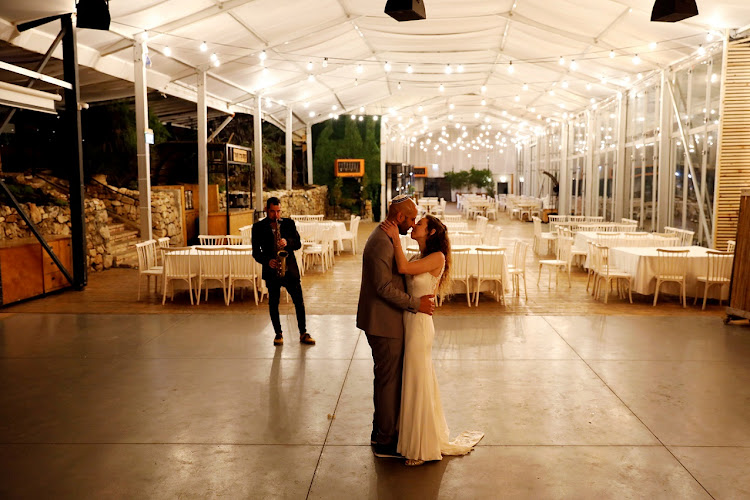 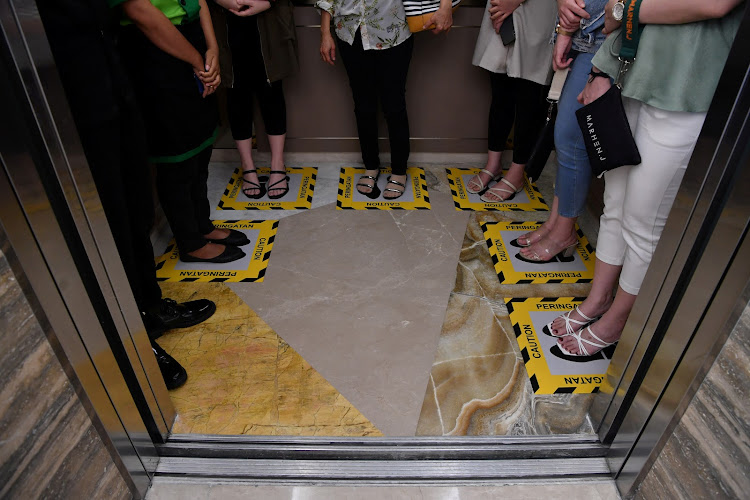 O great - coronavirus has a type. This is the blood group most at risk

People with type A are more vulnerable to infection and tend to get more severe symptoms, specialists claim

‘I’m no deviant’: YouTuber stands up to Indonesia’s anti-gay law

Now we’ve Heard everything: I chopped off my own finger, Johnny Depp admits

Provocative, hedonistic and acid-tongued, he admitted that he wanted to be as famous as his protégés

ODDS STOCKED UP AGAINST HIM A trader reacts as he works on the floor of the New York Stock Exchange.
Image: Reuters/Lucas Jackson

The European Union has accused pro-Kremlin media of spreading disinformation about coronavirus to aggravate the crisis by undermining trust in national healthcare systems and Western governments.The allegations were made in a paper published by the EU's foreign policy arm - the European External Action Service - that has been seen by The Daily Telegraph. Citing research from partners at Cardiff University's Crime and Security Research Institute, the paper said the alleged disinformation campaign represented an "evolution in tactics" since it took place at one remove from the Russian authorities."– © Telegraph Media Group Limited (2019)

Loaf in the time of corona

As anxious consumers around the world stockpile toilet paper and pasta, the French are thronging bakeries for baguettes, fearing a shortage of their daily bread as they wait out the coronavirus epidemic in confinement. The country of 67 million people consumes nine billion of the long loaves every year, has an annual competition for the best baguette in Paris, and a special word for the pointy end they chew off on their way home from the baker after work: the crouton. Bakers are among the few essential-service businesses allowed to stay open in France under strict anti-virus confinement measures. And they are thriving, with long lines in the cities and countryside. - AFP

Elon Musk's SpaceX will send astronauts to the International Space Station for the first time in May, Nasa said, announcing the first crewed launch from the US to the platform since 2011. The company will launch a Falcon 9 rocket to transport Nasa astronauts Bob Behnken and Doug Hurley in a first for the space agency as it looks to cut costs. “Nasa and SpaceX are currently targeting no earlier than mid-to-late May for launch," the agency said. In March, Musk's Crew Dragon capsule made a round trip to the ISS, which is in orbit more than 400km above Earth, with a mannequin on board, before returning to the Atlantic after six days in space. - AFP

Thai hospitals are deploying "ninja robots" to measure fevers and protect the health of overburdened medical workers on the frontlines of the coronavirus outbreak. First built to monitor recovering stroke patients, the machines have been quickly repurposed to help fight the disease, which has so far killed nearly 9,000 people around the world. They have helped staff at four hospitals in and around Bangkok to reduce their risk of infection by allowing doctors and nurses to speak to patients over a video link. "They can stand outside the room and communicate with patients inside through the robot," said Viboon Sangveraphunsiri of Chulalongkorn University. - AFP

To avoid spreading the novel coronavirus, marijuana smokers should avoid sharing joints and should favour edible products, US cannabis industry figures says. Sharing a joint among friends is a common social practice, said Erik Altieri, executive director of NORML, a major US pro-cannabis lobby. "But given what we know about Covid-19 and its transmission, it would be mindful during this time to halt this behaviour.” He also called on users to not share the tools they might use to smoke marijuana - including bongs, water pipes or vaping pens - and to disinfect them. - AFP

A hedge fund manager in Hong Kong has publicly apologised after a parody video of him licking his finger and wiping it on a hand rail in a metro car went viral, sparking anger in the city which is grappling to contain a coronavirus outbreak. Hong Kong newspapers ran screenshots of the video in their print editions on Thursday while social media users condemned the video. "I made light of the Covid-19 situation ," Joel Werner, chief investment officer at Solitude Capital Management, said on Facebook. "But I now realise that I shouldn't have done that. A global pandemic is no laughing matter." - Reuters

Interest rate slash is twice what was expected, but will it save SA?

The Reserve Bank says the GDP for the whole of 2020 will contract 0.2%

The long and short of the recession: when do we make a U-turn?

Will the global economic slump be a V, a U, a W, or, heaven forbid, an L? We asked the experts

Sick of hearing ‘Mom I’m bored’? These shows ought to shut the tots up

With the long, looooong school break stretching ahead, parents need all the help they can get

Comedy vs corona: 40 films that give the best medicine

From ‘Duck Soup’ to ‘Annie Hall’, ‘Life of Brian’ to ’The Big Lebowski’, these films will brighten up self-isolation

Safa boss uses an aviation analogy, adding that they are also following an international precedent

Blast from the past: Robberts heaves a golden centimetre