We’ve got your back, Cyril vows as businesses start to struggle

Cyril’s shutdown is fine if you have middle-class options, not when staying at home means going hungry

Virus is so effective at hooking on to human cells it could only be a result of natural selection, scientists conclude

Virus may survive in air for three hours, on surfaces for three days

From agony to ecstasy: mom’s joy as snatched baby is found safe

Mother was lured by a job offer, only to be flung into a nightmare. Luckily, the cops found some vital clues

Its department of health had to be told leaving a large chunk of infected appendix inside a patient is a bad thing ...

All the web’s a stage: National Arts Festival goes virtual

But performers are split over the decision to use downloads, streaming and online platforms

ahoy there Some of the 1,700 passengers trapped aboard the AIDAmira in Cape Town harbour on Wednesday. Six passengers who were suspected of having Covid-19 have tested negative. Transport minister Fikile Mbalula on Wednesday announced a complete ban on cruise ships entering SA harbours.
Image: Esa Alexander

The high court in Johannesburg has expressed reservations about an application brought by two law students from Wits University who want to stop the evacuation of students from campus residences. The students brought the urgent application after the institution announced on Monday it had suspended the academic programme after one of its medical students tested positive for Covid-19. They were concerned that if students evacuated the campus, they might pose a risk to their communities, as not all of them had been tested. Judge Sharise Weiner said what the students were asking was against everything President Cyril Ramaphosa said about curbing coronavirus: He had said “if you are not showing symptoms, you can self-quarantine and not get tested until you show symptoms. It is not up to Wits to test all students.”

SCA raps mine over fired workers

Aquarius mine in North West will have to follow the proper procedure before evicting 167 former employees from its hostels. This follows a Supreme Court of Appeal (SCA) judgment on Tuesday dismissing an appeal by Aquarius Platinum against a Land Claims Court judgment that refused an eviction application brought by the mine. In 2019, the Land Claims Court - and now the SCA - have held that a separate and specific notice of termination of right of residence is required before eviction proceedings could begin. The former mineworkers were evicted in 2009 after being dismissed for participating in an unprotected strike. But they successfully challenged the eviction in the Land Claims Court and returned. In 2015 they were dismissed again. Aquarius then launched an eviction application in 2016, but the Land Claims Court ruled in favour of the former employees.

Pastor ‘scammed congregants out of R2m’

A pastor from Soweto will face fraud charges after allegedly scamming his congregants out of about R2m, Gauteng police said on Wednesday. Capt Ndivhuwo Mulamu said the 29-year-old pastor, Tumelo Christopher Mukheti, allegedly lured congregants into paying R1,500 each into an investment scheme known as Yahwe. The payments were made between 2017 and 2018 and came with a promise that the investments would yield a 14% return. “It was after the investors attempted to withdraw their dividends that they later realised that Yahwe Investment Scheme offices had abruptly closed its operations. Mukheti  allegedly disappeared with the money,” said Mulamu.

The withdrawal of banknotes and coins due the Covid-19 outbreak is fake, the SA Reserve Bank (SARB) warned on Wednesday. The warning comes after hoax messages doing the rounds claimed the bank was “recalling” notes and coins from the public. “It is believed that criminal elements are visiting the homes of members of the public, telling them to hand over banknotes in their possession because the banknotes have been contaminated with the coronavirus. “These criminal elements carry fake SARB identification and provide false receipts in lieu of the banknotes collected, which they purport can be collected from any of the banks,” it said.

An 11-year-old girl, who was reported missing in Dengeza, outside Giyani, on Monday, was found murdered and dismembered on Tuesday, said Limpopo police. Brig Motlafela Mojapelo said the child was found dumped at the Klein Letaba dam. “The discovery was made by community members, who called the police. The police retrieved the body and discovered that some of her body parts were missing,” said Mojapelo. “The motive for this murder is unknown, but ritual murder cannot be ruled out,” he added. Provincial police commissioner Lt-Gen Nneke Ledwaba condemned the brutal killing and called on police to hunt down the killers.

The ZCC is halting events in the wake of the coronavirus outbreak. Church spokesperson Reverend Emmanuel Motolla told eNCA on Tuesday evening this would include the Easter pilgrimage attended by millions of people, even from outside SA's borders, each year. “The Zion Christian Church itself has postponed its annual Easter pilgrimage held at its headquarters in Moria due to the coronavirus,” Motolla said. He said the decision to cancel 2020’s service was taken by the church leadership on Friday but the church had held back on making a public announcement until it had informed all of its structures. 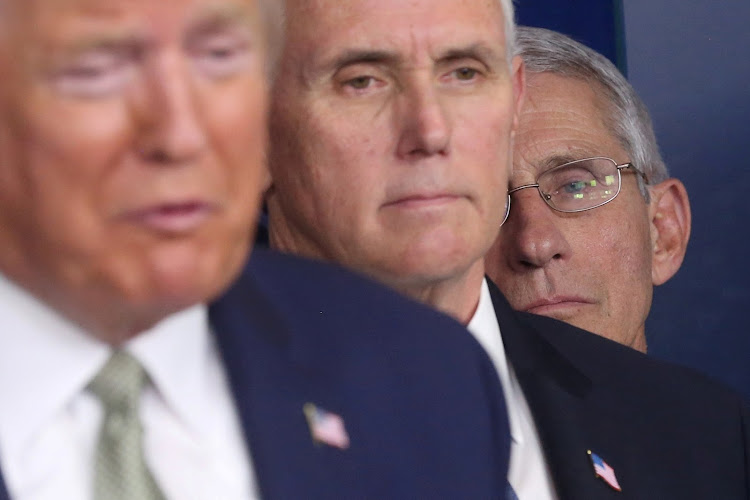 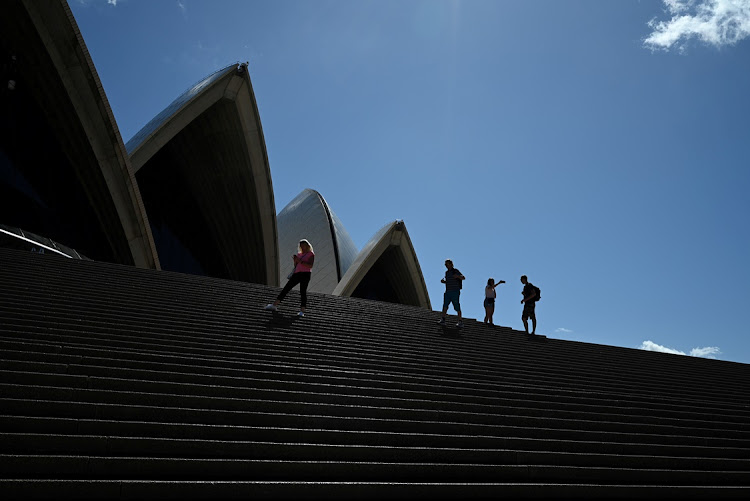 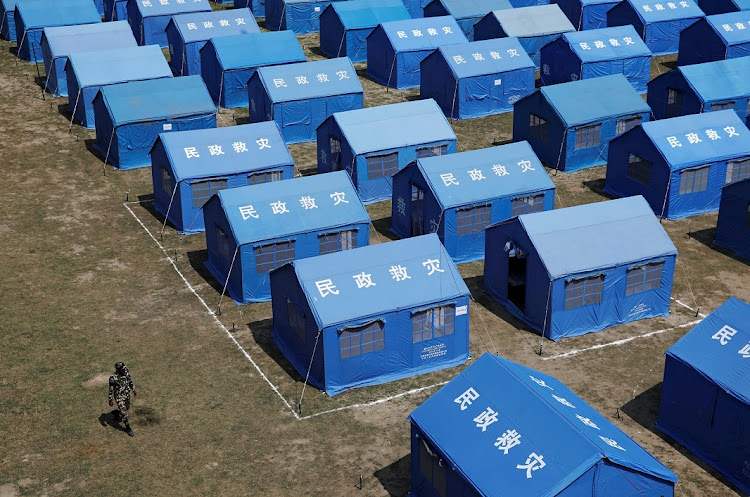 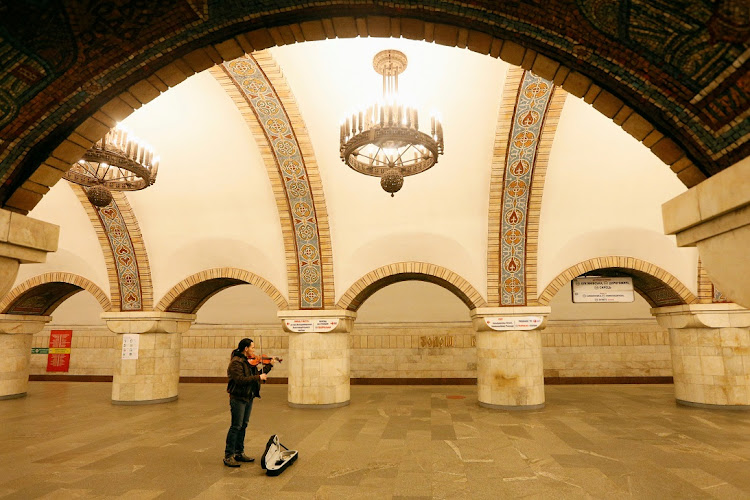 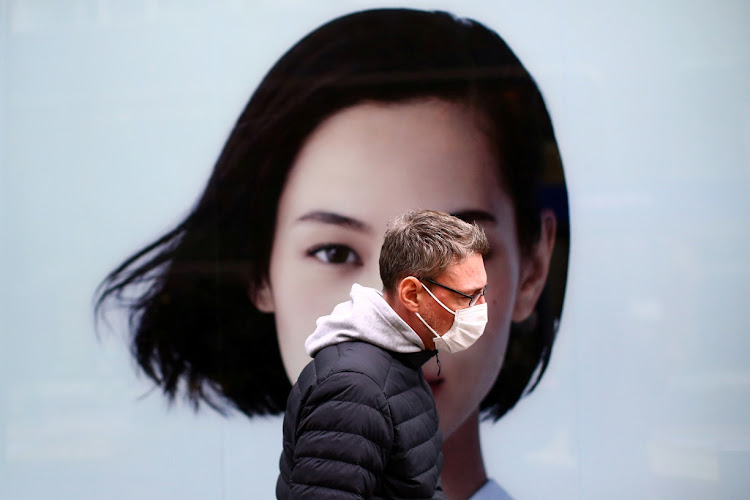 In a crisis, Uncle Joe’s a better bet than Bernie for most Democrats

At least that’s what can be read from polls before the Florida, Illinois and Arizona Democratic primaries

Old age is not a cage: don’t tell us how to look after ourselves

Do all senior citizens need to be corralled in our kitchens, cowed by Big Brother warnings and threats about the virus?

Harder, deeper … futile: what celibacy taught me about all those hook-ups

Like actor Orlando Bloom, I turned my love life around after a year-long, self-imposed sex ban

PANDEMIC PANDEMONIUM A cop watches a group of migrants protesting on the roof of the Aluche Immigration Detention Centre during a riot in Madrid.
Image: Gabriel Bouys/AFP

If the virus is in Vegas, it’ll stay in Vegas

Nevada Governor Steve Sisolak shut down all nonessential businesses, including the Las Vegas casinos at the heart of the state’s economy, as part of steps to slow the spread of the coronavirus. In response, companies including casino operator Caesars Entertainment Corp said they would temporarily shut down their establishments. “It has become clear that we must take this extreme action to help contain the virus and protect the safety and well-being of our team members and guests,” said Caesars CEO Tony Rodio said. - Reuters

A 57-year-old man in Japan who had threatened to “scatter” his disease after testing positive for the coronavirus this month died in a hospital on Wednesday. Last week local health authorities instructed the man to remain at home after he tested positive on March 4. That evening, the man told his family that he was going to “scatter the virus” and headed to a pub and a hostess bar. He was hospitalised on March 5. - Reuters

Pop memorabilia including Paul McCartney's scribbled notes for “Hey Jude” and Doris Day’s piano have enjoyed a sharp rise in online interest, possibly because so many people are cooped up at home under coronavirus lockdown. U.S.-based Julien’s Auctions said activity including bidder registrations, bids and catalogue orders were 10 times the normal level ahead of two auctions due to take place in April. - Reuters

Facebook and Google are in talks with Washington over potentially using individuals’ personal data to track and combat the coronavirus outbreak. The project would involve collecting location information from Americans’ smartphones and using it anonymously to map the spread of the disease and predict urgent medical needs, for example. - AFP

A UK-US travel firm intends to take six “civilian” voyagers to the deepest point on the planet, billed as “the most exclusive destination on Earth”. According to the website Elite Traveller, for R12,55m adventurers can go to Challenger Deep, the deepest point in the ocean, in the Mariana Trench in the Pacific. More people have walked on the moon than have visited the bottom of the Mariana Trench, which is 11km below the ocean's surface. Only seven people have been there. - Telegraph Media Group Limited (2020)

The coronavirus epidemic may be keeping people at home to avoid exposure to the disease but Japan's senior citizens are still able to do their workouts thanks to a YouTube video that they can exercise along to. The video, “Human Taiso" (Human Exercise), was made available to the public via a YouTube link by elderly care-home operator Human Life Care this month. - Reuters

Need a new smartphone? Covid-19 has other ideas, says report

Consumer inflation is up, but steeper rate cuts loom amid virus fallout

This might bring relief to consumers and businesses, but it is unlikely to turn economic activity around

Face to buttocks: five beauty treatments and products to invest in

From peels and pelvic pampering to bum paddles, we've got your physical overhaul sorted

Renowned perfumer Francis Kurkdjian can create a bespoke scent for you. We sat down with him

Hey, Crema, tell us what’s so special about Hay

We’re head over heels for the luxury Danish furniture brand

SPORTS DAY: big reshuffle on the cards for SA rugby

Pitched battle: Safa and the PSL are headed for a viral clash

Blast from the past: tragedy after Toweel knocks out friend