Despite promises, their protective equipment hasn’t turned up, putting officers and unions on edge

‘It is ludicrous,’ says one staffer as SRC defies health-motivated move because students weren’t consulted

Minister has changed curriculum after religious leaders’ complaints, but refuses to budge in defence of staff member

Officer was helping teen who claimed her uncle violated her, when the latter allegedly cornered them

Warrant out for slippery ex-SABC board chair Tshabalala

The Zuma ally hasn’t been home for months, say cops, who have questions about her qualification claims

Searching for the spirit of the great white: Johnny Clegg hits lure sharks

SA needs a bazooka to fight the virus. Cyril offered us a pea shooter

His words comforted, but against the greatest threat to our economy all we have are ideological fantasies

This isn’t something to be sneezed at. Get a grip, South Africans

There’s no excuse for the way I see many of us behaving, and soon our selfishness will come back to bite us

Dick Seaman’s legacy has struggled to escape the shadow of the Fuhrer, argues his biographer

OVERFLOW A worker stands among chilis left to dry near an embankment of Jumna River in Bogra.
Image: Munir Uz zaman/AFP

What appears to have been a tornado was spotted in the Northern Cape on Tuesday afternoon. Weather service Saws had earlier issued a warning about severe thunderstorms with hail and damaging winds over parts of the province. “Severe thunderstorms are observed over the southeastern parts of the Northern Cape, with possible damaging hail and winds (tornado), heavy downpours and excessive lightning moving southeast,” it said in a tweet. Images of a tornado were captured by a resident near Richmond. Others shared images of large hail stones that hit the area.

The City of Cape Town has vowed to “intensify operations” against minibus taxi operators after a 49-year-old traffic officer was killed, allegedly by a taxi driver, on Tuesday morning. According to the police, it is suspected that the officer arrested the taxi driver for a traffic violation on the corner of 5th Avenue and Voortrekker Road, in Kensington, and that he was killed in his vehicle en route to the police station. Police spokesperson Col Andrè Traut said metro police members arrested four suspects, aged 20, 22, 32 and 36, on Tuesday afternoon. They are being detained and questioned in connection with the incident.

Two Lotto winners have come forward to claim their millions, lottery operator Ithuba said on Tuesday. In the first case, a KwaZulu-Natal man has claimed the R53m jackpot he won in the national lottery game at the weekend. Ithuba said the 43-year-old man is a married businessman. The winner said it was the norm for him to spend up to R400 betting on the lottery game, and he usually used the quick pick method to select his numbers. Ithuba reported that another Lotto winner had come forward. The lottery operator said the petrol station supervisor from Secunda had bagged R3m.

Man behind bars for rape of son, 4

A man is behind bars in Kimberley after he allegedly raped his four-year-old son, Northern Cape police said on Tuesday. Lt-Col Dimakatso Mooi said the man had allegedly raped the preschooler on Saturday while the child was visiting him. “The matter was brought to the police on March 16 after the child informed the daycare personnel what happened,” said Mooi. The man was arrested and is expected to appear in the Galeshewe magistrate’s court soon. He will face a charge of rape.

Joubertina Community Healthcare Centre in the Koukamma municipality stopped receiving patients at night after a 2019 robbery. Despite calls from locals and political leaders, night shift duty remains suspended, GroundUp reported. According to the police in November 2019, two robbers overpowered the security guard, cashier and staff on duty before three more suspects arrived. The pharmacy was broken into and an unknown number of items were taken. The staff were robbed of their cellphones and cash. Two hospital vehicles were stolen but were recovered after being abandoned. Capt Gerda Swart confirmed the matter was still under investigation. According to the chairperson of the clinic committee, Koko Yona, the facility now operates from 7am-7pm.

Limpopo police are seeking answers after finding the charred remains of three people in Dennilton, outside Groblersdal, at the weekend. The bodies of Owen Ncube, Salos Sithole and Lovemore Basera were found on Sunday morning at the Nageng village, said Brig Motlafela Mojapelo. “The police were informed by a passer-by [about the bodies] and immediately attended to the scene jointly with the medical emergency services. Upon arrival, they discovered the bodies of three men, aged between 20 and 31, burnt beyond recognition and a burnt out Hyundai truck next to them,” said Mojapelo. Evidence on the scene suggested the three had suffered a brutal killing. Mojapelo said police found stones on the scene, which suggested the three were stoned and assaulted before they were set alight. 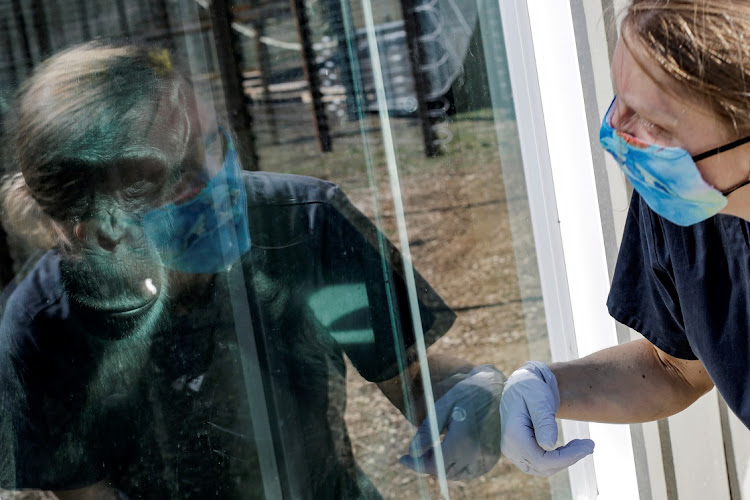 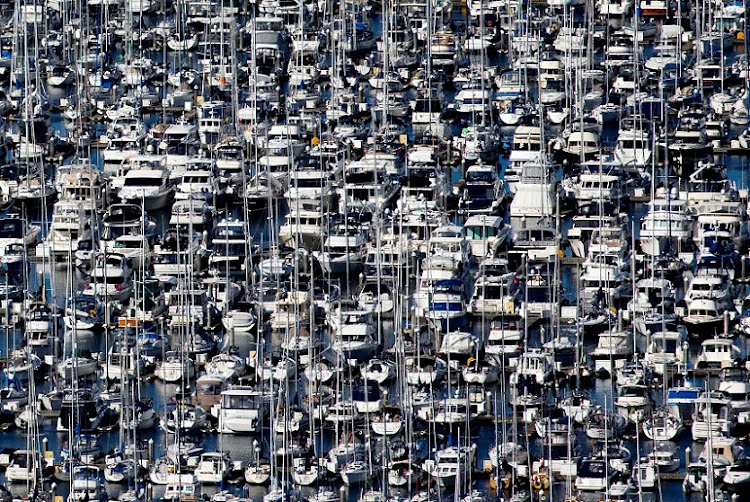 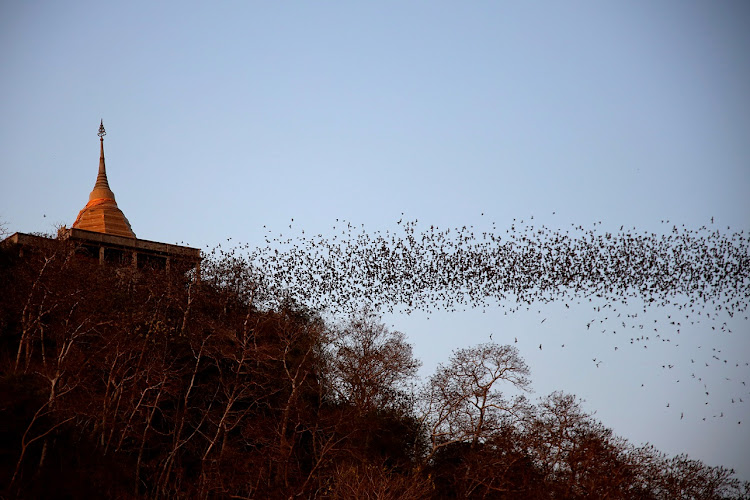 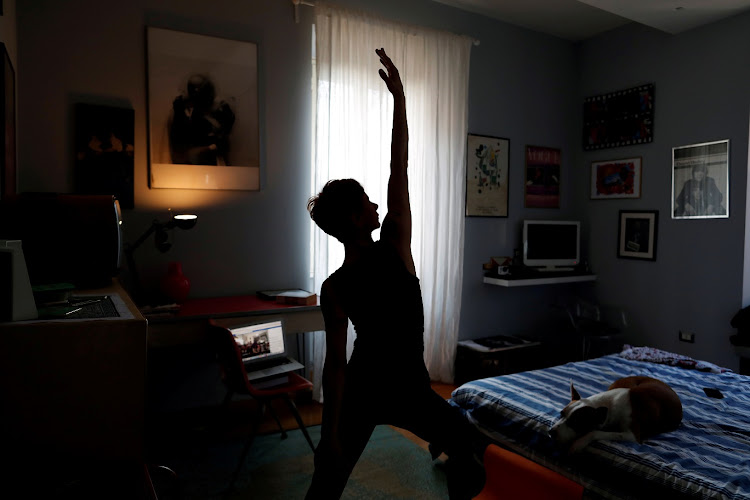 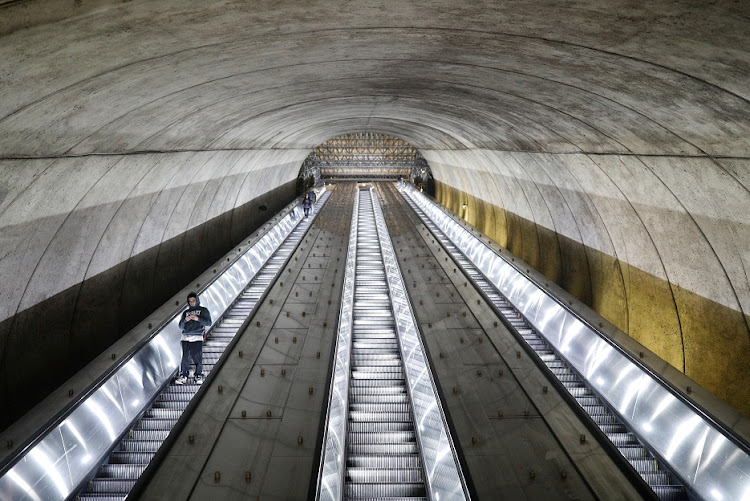 It’s a miracle! Don’t scoff, says top shrink, we can heal ourselves

Spirituality and science aren’t bitter bedfellows at all, says a man who studies remarkable recoveries from illness

Until facts become clearer in four crucial areas, governments will battle to fight the virus in an informed way

It’s toff at the top: the moment Julian Fellowes saw how privileged he was

ANGELS IN DISGUISE Workers disinfect the Hagia Sophia to prevent the spread of Covid-19 in Istanbul.
Image: Yasin Akgul/AFP

Experts have questioned official government advice that people with mild symptoms of coronavirus should take ibuprofen over fears that it can make symptoms worse. The concerns grew after Olivier Veran, the French health minister, wrote on Twitter that taking anti-inflammatories such as ibuprofen ‘could be a factor in aggravating the infection. In cases of fever, take paracetamol’. – The Daily Telegraph

In with the old: supermarket prioritises the elderly

A Northern Irish supermarket opened one hour early to allow older customers to shop safely and avoid coronavirus-related panic buying, sparking similar moves south of the border in Ireland. The west Belfast store of the Iceland chain of supermarkets will continue to open at 0800 GMT each day, reserving the first hour for elderly customers, after last week’s jostling for essentials by panicked buyers. – Reuters

A transgender pastor has vowed to officiate same-sex marriages in Hong Kong despite a legal challenge failing to provide assurances that he will not face arrest. Marrz Balaoro was arrested in 2017 for holding ceremonies in the Lesbian, Gay, Bisexual, Transgender and Straight Christian Church, which he founded in the global financial hub in 2014. Charges were eventually dropped. – Reuters

This is the reality: TV cast to learn about virus live

Germany’s Big Brother contestants finally learned on Tuesday about the coronavirus pandemic that has left Europe in a lockdown – live on TV. Broadcaster Sat 1 had faced a growing backlash for keeping the 14 residents in the dark while the rest of Germany comes to grips with unprecedented shutdown measures to slow the virus's spread. – AFP

Pubs were shuttered on St. Patrick’s Day in Dublin as the Irish capital swapped its annual riot of celebration for ‘social distancing’ to stem the spread of coronavirus. The cobbled streets of Temple Bar – usually the epicentre of celebrations – were deserted. Ireland’s government has cancelled St Patrick’s parades nationwide, asking pubs to close and curb gatherings of more than 100 individuals until March 29. – AFP

US and China trade insults over virus

A spat between the US and China over the novel coronavirus escalated on Tuesday as President Donald Trump angered Beijing by referring to the pathogen as the ‘Chinese Virus’. The two countries have sparred over the origin of the virus for days, with a Chinese official promoting conspiracy theories claiming it was brought to China by the US army and American officials using terms seen as stigmatising a nation. – AFP

Short-term economic impact from the outbreak will only peak later this year, and the news will be very bad

Shock and … awe shucks: The Fed’s out of ammo, and global liquidation looms

A mash made in heaven: how to make the perfect comfort food

In times like these, we all need solace from our food, but if you’re going to do it you might as well do it right

The times they are a changin’ ... fast. These tips will help you cope

If the pandemic doesn’t relent by June the ramifications will be bitter, complex and costly

Blast from the past: SA ends World Cup hoodoo in Sydney