The government unveils how it will deal with the outbreak, right down to how police will make arrests

Airlines, travel agents wing it to cope with the outbreak

As many panicked passengers cancel their plans, new cleaning and booking policies are hastily put in place

Life comes to a standstill, except in the toilet roll aisle

As outside areas stand near-deserted, supermarkets and online shopping sites battle to cope with panic buying

This is guerrilla warfare, and each one of us must join the resistance

We can only beat Covid-19 in a scorched-earth, fighting retreat, battling for every city, block and home

‘I live in fear after a lion nearly killed me’: KZN man relives mauling

A lion was shot and killed, but residents fear it was not the one responsible for this attack

The closure of the pizza chain affects 770 employees, and 55 corporate stores have been closed immediately

Pneumonia robs 20 SA children of the breath of life daily

Pneumonia deaths are still unacceptably high and responsible for about 12% of SA child mortality, says expert

Janusz Walus, the man who killed SA Communist Party general secretary Chris Hani, will not be considered for parole, the department of justice and correctional services announced on Monday. Minister Ronald Lamola said he had considered all factors that contributed to the approval or denial of parole. “The crime was intended and had the potential to bring about a civil war within the republic at the time. It must also be noted that Walus was convicted of murder with no extenuating circumstances having been found to be present,” said Lamola. He said placing Walus on parole would negate the severity the court sought when sentencing him. Walus was sentenced to death for the assassination of Hani in 1993. The sentence was commuted to life imprisonment when the death penalty was abolished.

Table Mountain National Park has appointed Enviro Wildfire Services to investigate the cause of the wildfire being contained on the slopes of Table Mountain and Lion's Head on Monday. The efforts of 230 firefighters who battled the blaze on the slopes of Table Mountain since Sunday afternoon paid off on Monday morning when they were able to contain it. The national park requested emergency reinforcements to help contain the blaze which burnt through 60ha of vegetation, including fynbos and disused pine plantation stands. The extra reinforcements will form part of 100 staff on standby in case of flare-ups amid unpredictable weather. The City of Cape Town said some firefighting staff were taken to hospital after being injured. All footpaths around Lion's Head and The Glen were also closed on Monday until further notice.

A 42-year-old man from Soweto is behind bars on suspicion that he raped his three daughters, Gauteng police said on Monday. Sergeant Khalipha Mvula said the man was arrested on Sunday. “The arrest came shortly after a case of rape was opened on Saturday, March 14, after the social workers who were providing the three siblings - aged 10, eight and six - with counselling services recommended that a case must be opened after learning with shock from the little girls that their father allegedly sexually violated them on separate occasions during 2019,” said Mvula. “The suspect allegedly violated the girls while he apparently threatened them not to tell anyone or else he would inflict harm on them.”

The pilot who was killed in a plane crash near the Umkomazi River Valley on the KwaZulu-Natal south coast on Sunday has been identified as accomplished canoeist Mark Perrow. Canoeing SA said on Facebook that 55-year-old Perrow was one of the country's greatest paddlers. He was part of the SA team that competed in the 1992 Barcelona Olympics and was a Dusi Canoe Marathon winner. “Mark was one of the greatest paddlers this country has produced. Part of the SA team to the Barcelona Olympics, he was able to dominate at every major South African river marathon race,” said Canoeing SA. Perrow was the only occupant of the aircraft.

A three-month-old baby boy, who was allegedly kidnapped on Friday, has been found alive. Police spokesperson Capt Mavela Masondo said the child was found dumped on Sunday. “The baby was picked up by a couple after he was dumped next to Pretoria University's Mamelodi Campus. The couple then took the baby to the police station, where he was positively identified by the parents,” said Masondo. The baby was taken to a medical practitioner for examination and was released to the care of his parents after he was found to be healthy and unharmed. “The case of kidnapping remains open and police are still searching for the suspect/s."

Seven of 13 awaiting trial prisoners who escaped from holding cells in Durban on Sunday remain at large. Police spokesperson Col Thembeka Mbele confirmed that a case of escaping from lawful custody was being investigated after 13 prisoners escaped from the Durban Central SAPS. "Six escapees were rearrested and seven are still at large and are being sought by police," said Mbele. A source close to the investigation said the prisoners had escaped shortly before 5pm on Sunday. "One of the suspects acquired a firearm and fired at police during a standoff near the Olive Convention Centre,” the source said. 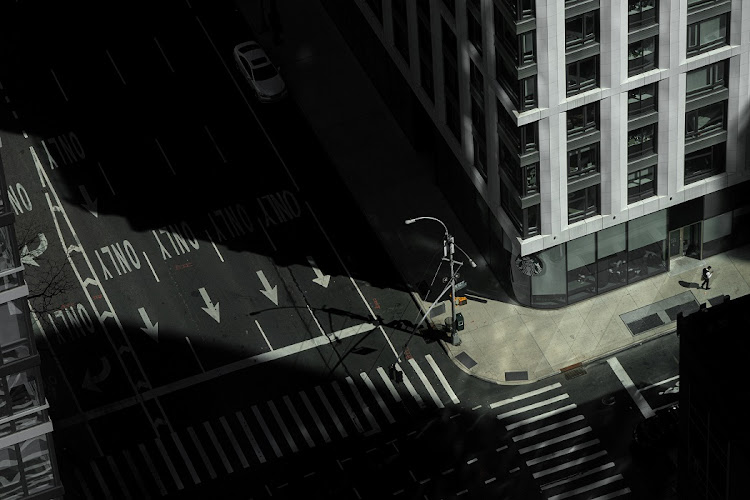 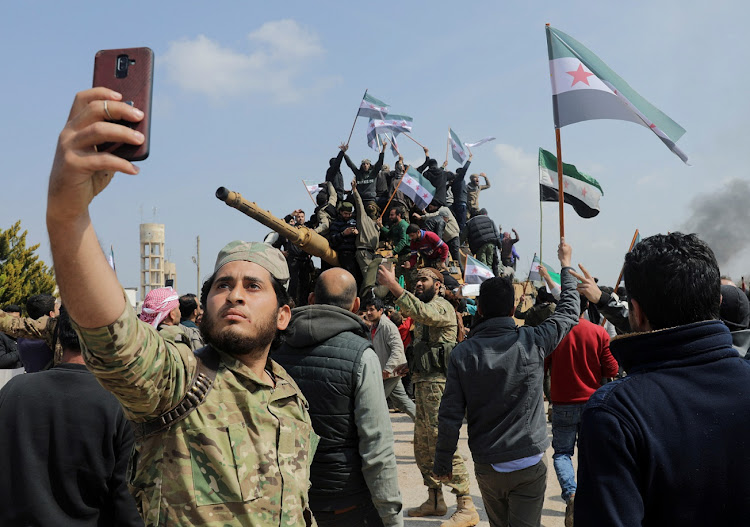 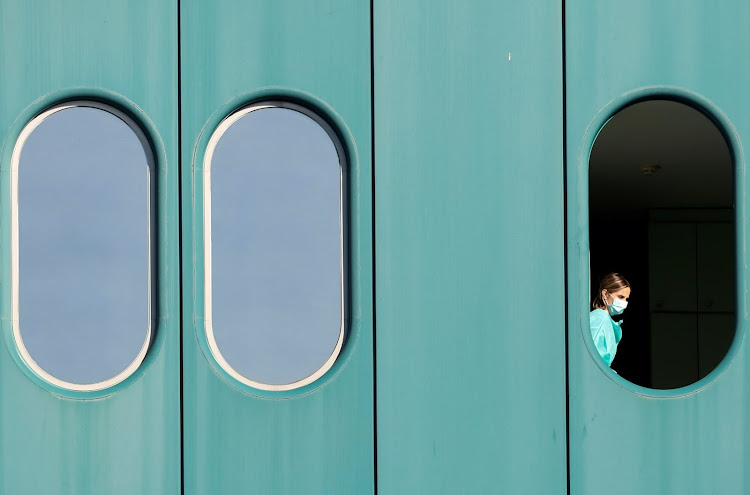 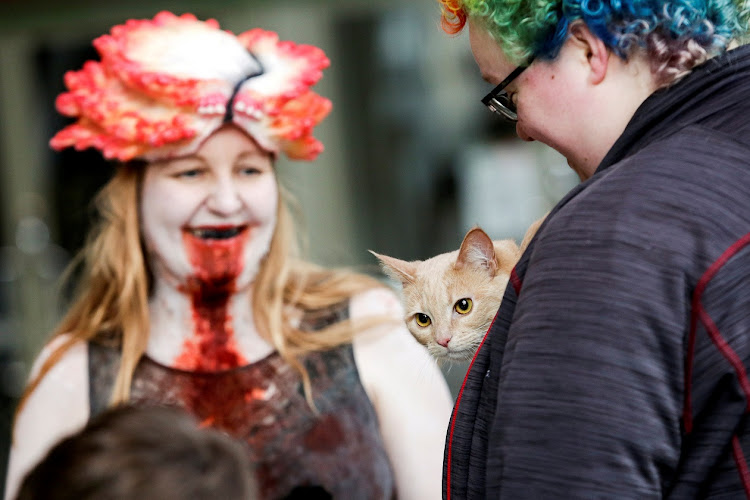 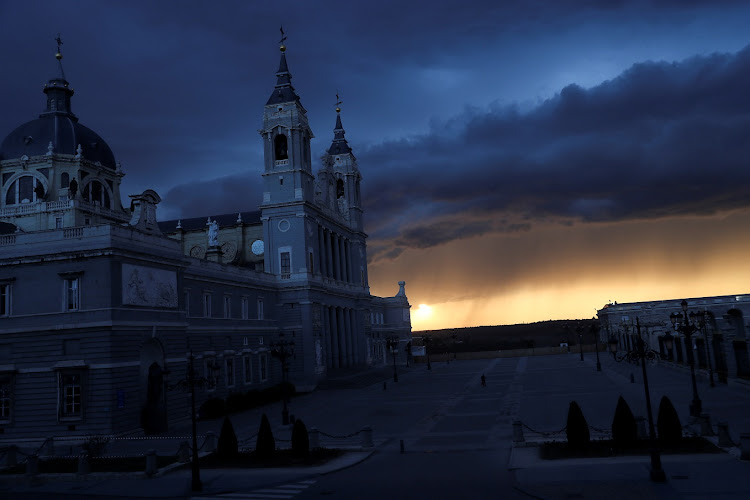 As Weinstein is jailed, actress Alice Evans reveals the toll that sharing her story took on her loved ones

SPREAD YOUR WINGS AND NOTHING ELSE A worker in a protective suit sprays disinfectants near the Imam Abbas shrine in the holy city of Kerbala, Iraq.
Image: Reuters/Abdullah Dhiaa Al-deen

Florida's Hispanic voters are set to reject Bernie Sanders at the polls in the race to elect the Democrat presidential nominee on Tuesday. Sanders’s campaign has touted his support among Hispanic people, and hoped their support nationally would help to offset Joe Biden's lead among older white Democrats. Sanders won 51% of Hispanic votes when he won in Nevada, with only 13% supporting Biden. But a poll in Florida showed Biden winning 48% of Hispanic Democrats and Sanders 37%. Florida is home to a large number of exiles from Cuba and other socialist Latin American countries, including Venezuela and Nicaragua. Sanders, who describes himself as a democratic socialist, damaged his chances when he proved reluctant to declare Venezuela's Nicolas Maduro a "dictator," and when he said Fidel Castro had improved literacy rates in Cuba. – © Telegraph Media Group Limited (2019)

Ronaldinho, the Brazilian footballer who lifted the World Cup in 2002, added an unlikely trophy to his personal honours when he helped a team of inmates in a Paraguayan jail to win a pig. The 39-year-old former Barcelona star is on remand at a high-security prison near Asunción on charges of possessing fraudulent documents. On Friday, Ronaldinho played in a five-a-side futsal tournament with fellow inmates, scoring five goals in an 11-2 victory for his team. He was photographed posing with the champions' trophy and wearing his trademark grin. The victors were also awarded a 15kg pig, to be barbecued and shared among them. The prison is known for housing high-profile inmates such as members of organised crime gangs. – © Telegraph Media Group Limited (2019)

A defrocked Catholic priest was given a five-year jail term on Monday for sexually abusing boy scouts in his care several decades ago, a case that roiled the French Church over claims he was shielded from prosecution by his superiors. Bernard Preynat, 75, had confessed at his trial in January in the city of Lyon to "caresses" he knew were forbidden after victims testified about the abuses they suffered at his hands. The accusers were aged seven to 14 when the alleged crimes were committed between 1971 and 1991, when Preynat was a scout leader in Lyon. The five-year term was less than the eight years sought by prosecutors, who accused the ex-priest of "shattering" his victims' lives and profiting from the silence of both parents and the church hierarchy.

Herbalists cash in on virus fear

There is no known cure for the new coronavirus, but in the medicinal herbs souq in Tunis, anxious Tunisians are consulting with herbalists and stocking up on traditional remedies. "I am afraid for my father, who is old and sick, so I have come here to look for plants to boost his immunity," said Baya, a 43-year-old civil servant. Tunisia has reported 20 Covid-19 cases since March 2. While no deaths have been reported, authorities have taken tough measures to halt the spread of the disease and fewer customers are crowding the paved alleys of the capital's ancient medina. But in the heart of the old city, Tunisians continue flocking to the Souk el-Blat and its herbalist stalls, where flasks, powders and dried herbs are stacked high. - AFP

Cannabis smokers aiming to keep calm and carry on despite coronavirus queued up outside Dutch "coffee shops" on Sunday after the government ordered their closure to beat the outbreak. Customers lined up in their dozens as they tried to beat a deadline for the closure of the marijuana cafes and stockpile weed supplies for what could be weeks of lockdown. The Netherlands' famed coffee shops have become as much a part of the country's popular image abroad as sex clubs in Amsterdam's famed red light district, which were also ordered to shut by 6pm along with all bars and restaurants. - AFP

Iranian police have arrested five people over a prank video that shows eggplants falling from the sky in front of a Tehran landmark, state news agency IRNA said on Monday. "A video showing eggplants raining down in the capital was published yesterday on social media, and the police immediately identified and arrested those behind it," IRNA quoted a Tehran police official as saying. "They claimed they were conducting research in special effects when one of these clips was accidentally posted on social media," Ali Zolghadr said. The five had "emphasised that they belong to no specific group or movement", he added. IRNA did not specify what offence the arrested men were accused of. - AFP

The PIC needs to be bulletproofed against corruption, and here the ball falls in the trustees’ court

Bookmarks: Read these and be immune to boredom while on quarantine

Come and Goya: What happens when art traditions collide

Just for the record: How to get more than Hugh bargained for

Blast from the past: Aussies break SA home ...