There can be no half measures, he says as the number of infected in SA soars to 61

SA can’t fight Covid-19, so the ANC will have blood on its hands

UN religious gathering will have delegates travel less, for the sake of their health and the planet’s

Airlines are airy-fairy about mile-high molestation

Women often find themselves sitting next to sexual predators, but airlines prefer to wave the problem away

‘It looks like Beirut’: family caught up in violent protests

‘Prime Evil’ killed my dad. This is how I forgave him

They wrote it this week: How Fergie was caught with a man in his undies

It’s a wrap for Weinstein, but the Hollywood rape factory’s still open

Will the depraved parasite be the blood sacrifice that enables the abuse to go on in smaller ways?

Get out of my sight! This TV show has the key to better couple rows

Speaking to your partner without seeing them can entirely change the nature of a relationship, it seems

A Durban police officer will appear in court on Monday on allegations that he tried to solicit a R3,000 fine from a businessman. The officer, based in Isipingo, south of the city, was responsible for issuing liquor and secondhand goods licences, said police spokesperson Brig Jay Naicker. The officer approached the businessman over R9,000 in outstanding fines, but the officer promised the man that he would “ensure that the fines are withdrawn at court if he was paid an amount of R3,000”. This happened in February 2020. According to Naicker, the man paid the officer R1,500, but the officer demanded the remaining amount. The man decided to approach the SAPS Provincial Anti-Corruption Unit and a case of corruption was opened at Isipingo SAPS for investigation.

Businessman Sam “Mshengu” Tshabalala - who shot to infamy after taking a 72-car convoy to the Durban July - is wanted by the police after he failed to appear in court twice. According to the police’s Brig Hangwani Mulaudzi, Tshabalala is facing two cases, including counts of fraud, corruption and possession of an unlicensed firearm. He is out of bail of R200,000 and R500,000 for these cases. “He failed to appear for his two cases on March 6 2020 at the Witbank Magistrate’s Court, and last week Friday (March 13) in the Middelburg Magistrate’s Court. The combined amount of the bail posted for the two separate cases has since been forfeited to the state,” said Mulaudzi. The Hawks had “seen a suicide note that was sent to his wife claiming that he is going to commit suicide”.

Three men have been arrested by Western Cape police for offering a R20,000 bribe to a detective to make an attempted murder case go away. Police said the bribe was made after a victim was shot and wounded in Joe Slovo Park, Milnerton, on March 4. “The detective in the case followed up on leads and identified the man who allegedly shot and wounded the victim. Three men of Somali origin arranged to meet with the officer and offered him a bribe of R20,000 for him to make the matter go away,” police said. At the meeting on March 12 the investigating officer was handed R5,000 in cash. Three suspects were arrested and are expected in court once charged for bribery. One is also facing an attempted murder charge.

eThekwini municipality has appointed deputy city manager for governance and International relations Sipho Cele as interim city manager. This comes after corruption-accused city manager Sipho Nzuza was granted two weeks' special leave after his appearance at the Durban Commercial Crimes Court on Tuesday on fraud, corruption and maladministration charges. “Following the appearance … eThekwini Municipality convened a special council meeting to deliberate on the court case. The council also discussed his request for the two weeks' special leave to which it acceded,” city spokesperson Msawakhe Mayisela said. On Friday, TimesLIVE reported that Nzuza would be asked to state reasons that he should not be suspended.

A 27-year-old Mpumalanga man who allegedly threw a 68-year-old woman into a dam after raping her has appeared in the Delmas Magistrate’s Court. The incident allegedly occurred on Saturday, March 7 in Delmas. The man appeared in court on Friday and was remanded in custody until March 17. Mpumalanga police commissioner Lt-Gen Mondli Zuma applauded the police for their swift response in arresting the man. He reiterated his call for “society to stand up against gender-based violence”.

Cops arrest 7, seize R4m in drugs at OR Tambo

Police stationed at OR Tambo International Airport arrested seven people and seized drugs worth more than R4m between February 16 and March 13, police said on Sunday. Col Brenda Muridili said cocaine and heroin were among the drugs seized. “In the latest incident, on March 13 2020, a passenger connecting from Dubai to Namibia was intercepted and cocaine to the estimated value of R1.2m was found in his luggage. He will be appearing in the Kempton Park Magistrate’s Court on Monday,” said Muridili. The others who were arrested “were caught with the drugs in their luggage or wrapped around the body or in some instances the scanners at the airport detected foreign objects in their stomachs and they were found to have swallowed the drugs”. Police were opposing bail. 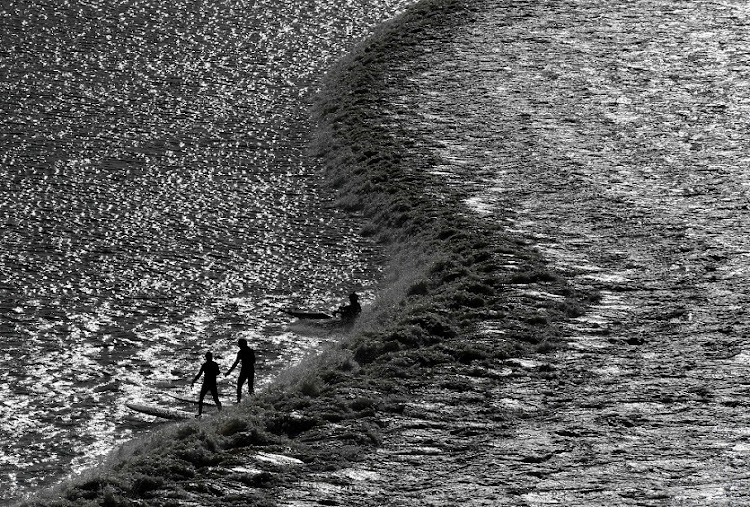 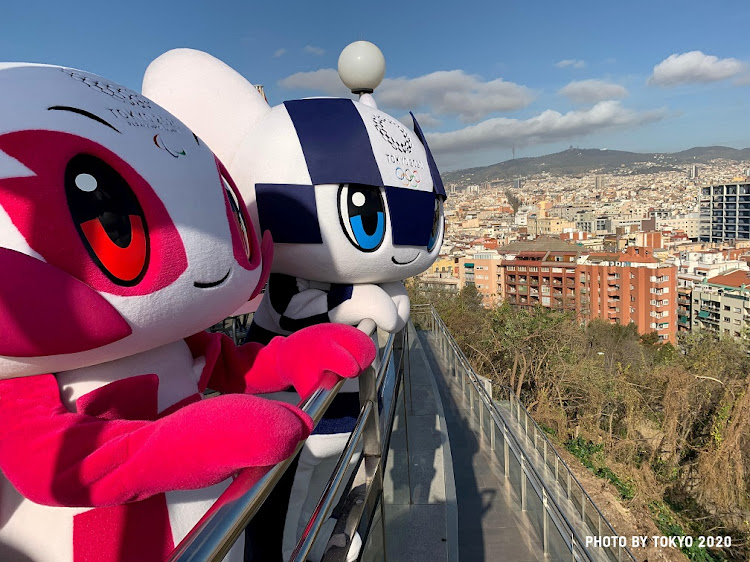 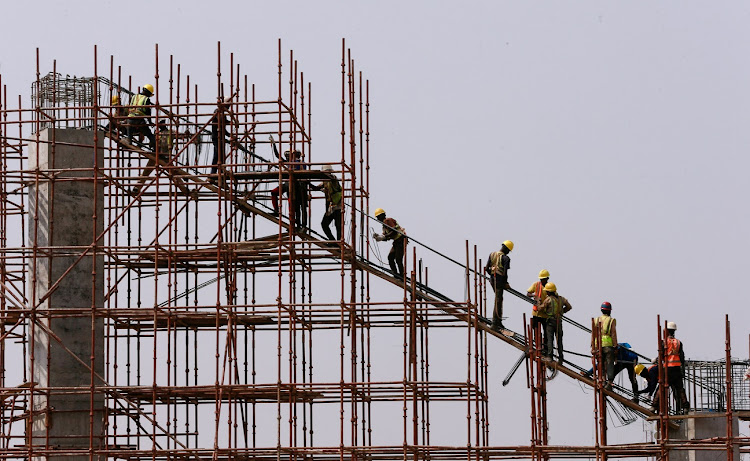 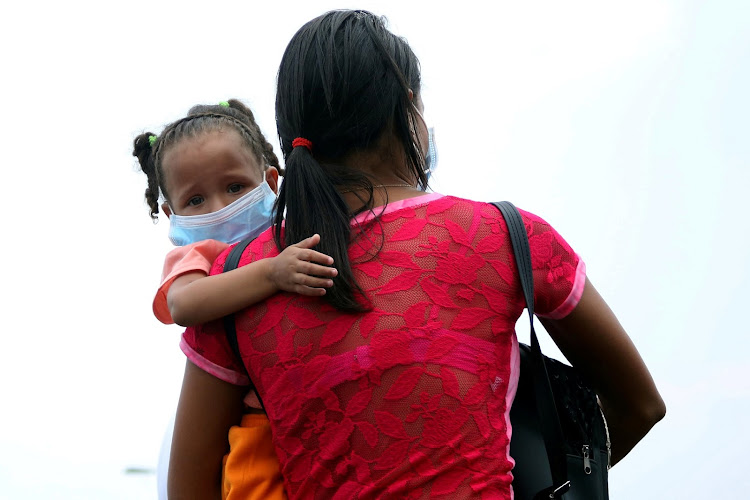 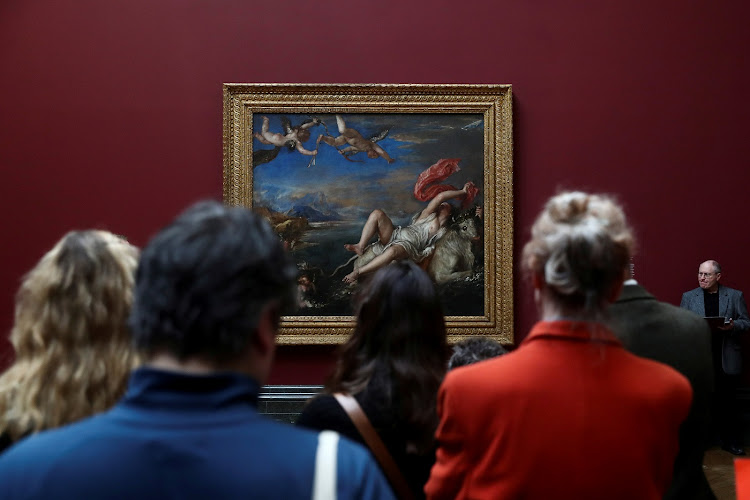 Isolation won’t drive us mad, uncertainty will. And a viral ex-shelf packer

Some countries argue against drastic action to fight the virus, while others want it. So who on Earth is right?

Children aren’t to blame for the immature choices of their mothers and even their fathers, says one organiser

Man’s hands turn female after transplant. Docs can’t put a finger on it

The new appendages came from ‘a man with big, spindly fingers’ but became lighter and more slender

NOVELIST CORONAVIRUS A man wearing a face mask rests in front of a monument to Fyodor Dostoyevsky near the Russian State Library in Moscow.
Image: Dimitar Dilkoff/AFP

The crown goes into hiding from coronavirus

Queen Elizabeth II has cancelled events “as a sensible precaution” as other royals cut back on their duties in the face of the global pandemic. The Prince of Wales and Duchess of Cornwall have postponed their next tour. A spokesperson for Prince Charles said: “Owing to the unfolding situation with the coronavirus pandemic, the British government has asked their royal highnesses to postpone their spring tour to Bosnia and Hercegovina, Cyprus and Jordan.” The couple and the Queen remain in good health, sources confirmed. – Telegraph Media Group Limited (2020)

‘If we didn’t have the virus yet, we’ll get it now’

Chaos gripped major US airports on Sunday as Americans returning from coronavirus-hit European countries overwhelmed authorities attempting to process the surge. Frustrated passengers complained of hours-long lines, crowded and unsanitary conditions and general disarray in the system for screening people for symptoms of the virus. “Very close quarters,” Ann Lewis Schmidt said, describing conditions at Chicago's O’Hare International Airport. “So if we didn’t have the virus before, we have a great chance of getting it now!” - AFP

If it’s not the virus, it’s armed robbers

Jan Vertonghen's family were held at knife-point during a terrifying burglary while the Tottenham defender was away with his Premier League club. British police said four men wearing balaclavas and armed with knives broke into Vertonghen’s house while the Belgian international’s wife and children were inside. “We have been supporting Jan and his family through this terribly traumatic time,” a Tottenham spokesperson said. The robbers stole a number of items. - AFP

Good thing they didn’t swear on the bible

A US bible museum has been forced to admit that fragments of the Dead Sea Scrolls it has exhibited for years are actually fakes.The Museum of the Bible in Washington DC has displayed the fragments since it opened in 2017, but a growing chorus of experts sounded the alarm that they may have in fact been forgeries.The museum admitted it had been duped this week after bringing in an outside investigative firm. – Telegraph Media Group Limited (2020)

Those pesky Russians are at it again

Russian-linked accounts have been posing as non-governmental organisations and posting celebrity gossip in an operation designed to stoke racial tensions in the US, Facebook has said. The people behind the accounts it had removed, which were “operated by local nationals ... in Ghana and Nigeria on behalf of individuals in Russia” had used deceptive tactics to increase the number of people viewing their posts. Facebook said the tactics were similar to those deployed during the 2016 US election. – Telegraph Media Group Limited (2020)

At least 4.8 million children were born since Syria’s war began nine years ago while 9,000 others have been killed or wounded in the conflict, Unicef said on Sunday. An additional million children were born as refugees since the conflict erupted on March 15 2011. Unicef added that an ongoing offensive by government forces on the last rebel stronghold in northwestern Syria was having “severe consequences on children”. – AFP

SA needs a robust whistle-blower policy. Our economy depends on it

Mining commodities and agricultural products, as well as vehicles for export, are worst affected

Tinder has news straight from the heart of the outbreak

‘Like zombies’: the psychology of panic-buying in a crisis

Prepare to be electrified – just like VW’s latest SUV

Blast from the past: Schoeman leads SA to Games relay glory