What lies beyond incompetence? Let Busisiwe Mkhwebane lead you into the abyss

Ex-mayor said she’d be glad to see her charges. Well, here they are

The deal means a 1GB monthly bundle will drop from R149 to ‘no more than’ R99, among other initiatives

They crisscrossed southern Africa during an ancient era of climate change, and scientists are deciphering their meaning

BLOWN AWAY A reveller smeared in powder celebrates Holi, the spring festival of colours, in Mumbai.
Image: Indranil Mukherjee/AFP

R25m to bring Saffers back from Wuhan

The repatriation of South Africans from coronavirus-hit Hubei, China, is going to cost the state R25m. President Cyril Ramaphosa told parliament that he has employed 151 members of the SA National Defence Force in service to support the department of international relations and cooperation and the department of health to return the SA citizens from Hubei. In a letter to Parliament’s presiding officers, Ramaphosa reveals that the employment of the SANDF was from March 1 to April 15. “The total expenditure expected to be incurred for this employment is R25m,” said Ramaphosa. A total of 184 South Africans living in Wuhan asked the SA government to evacuate them as a precaution amid the outbreak there. Most are students, teachers and other professionals working in the city, a government statement said. Only seven have opted to remain in Wuhan.

The high court in Pretoria on Tuesday dismissed Dros rapist Nicholas Ninow's application for leave to appeal against his conviction and life sentence. Ninow was convicted in September 2019 of raping a seven-year-old girl at a Dros restaurant in Silverton, Pretoria. The incident occurred in September 2018. He was sentenced him to life for the rape and five years for drug possession and defeating the ends of justice. The sentences run concurrently. The application for leave to appeal against his conviction was heard on Friday. On Tuesday, the court said there were no reasonable prospects of success.

An assault case against EFF leader Julius Malema and former party spokesperson Mbuyiseni Ndlozi was postponed on Tuesday. They appeared in the Randburg Magistrate’s Court for the start of the trial. “The case was, however, postponed to 23 and 24 June 2020 because Malema and Ndlozi’s legal representative stated they would need more time to prepare,” said AfriForum CEO Kallie Kriel. The lobby group said earlier it had pushed for the two to be charged. The alleged assault occurred at the funeral of struggle stalwart Winnie Madikizela-Mandela. At their court appearance in November Malema denied he and Ndlozi had assaulted the officer.

The University of Johannesburg (UJ) has rubbished reports that one of its students hacked its IT system to give herself and other students distinctions in modules they were failing. The story, which first appeared online in 2019 on the fake news website Gallant Post, went viral on social media this week. According to the report, a student named Phindile “edited her marks by accessing the IT panels of the UJ website” to reflect that she and 200 others had passed modules with which they were struggling. She claimed to have done it because she had lost her bursary, and said her parents could not afford to pay fees for her and a sibling. UJ noted the report and said it was fake - and that it would take legal action. “UJ categorically dismisses this ‘report’ as fake news, devoid of any truth,” said media liaison officer Herman Esterhuizen.

Former EFF secretary-general Godrich Gardee's resignation as MP was “not a shock” for the Braamfontein-based political outfit. This is according to EFF spokesperson Vuyani Pambo, who confirmed that Gardee handed in his resignation letter as MP on February 28. Pambo said this was expected as Gardee had started doing his articles at Mabuza Attorneys, thus having a nine-to-five job that would interfere with his duties as a lawmaker. Gardee was not voted back as the party SG at their national elective conference, known as the national people's assembly, three months ago. But Pambo said there was never a political fallout over Gardee not being re-elected. Pambo said Gardee remained the party's head of international relations.

Gauteng, the Free State and Northern Cape have been stripped of R400m in housing grants after failing to spend the money in 2019. The recipients of these funds in 2020 will be the Eastern Cape, KwaZulu-Natal, Mpumalanga and the Western Cape, each getting R98.5m. This was contained in the Government Gazette published at the end of February. The decision to redirect the grant from the three provinces was made after Gauteng failed to spend R250m, while the Free State did not spend R118m and the Northern Cape R26m, despite a well documented backlog in government-sponsored housing. The national department of human settlements then elected to redirect the funds to provinces it deemed could better use the grants. 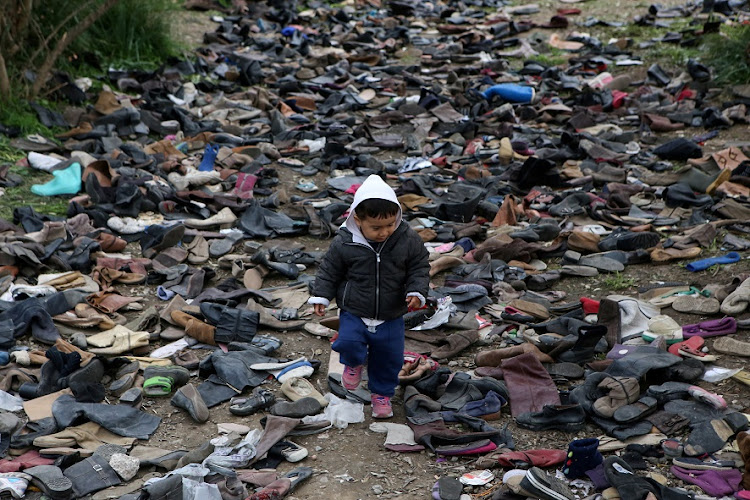 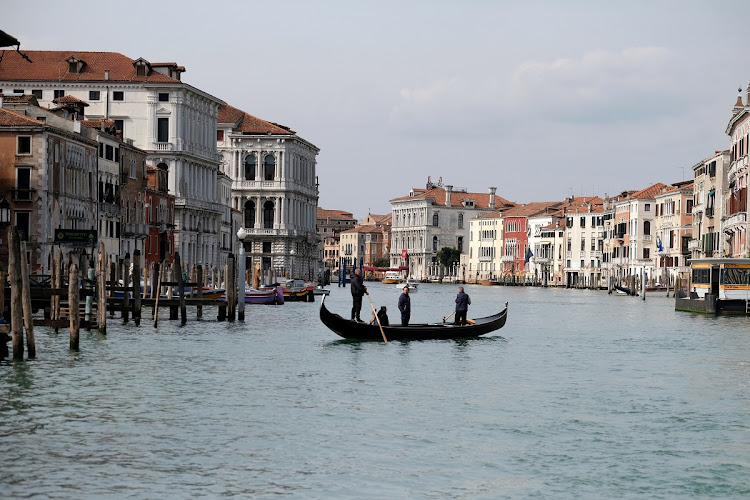 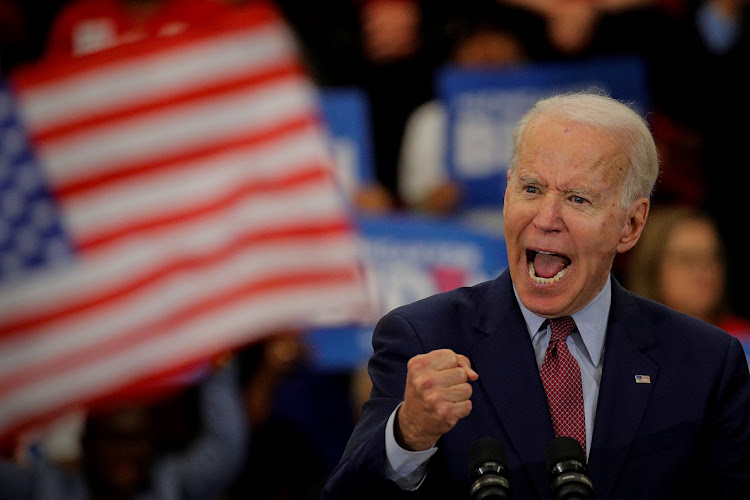 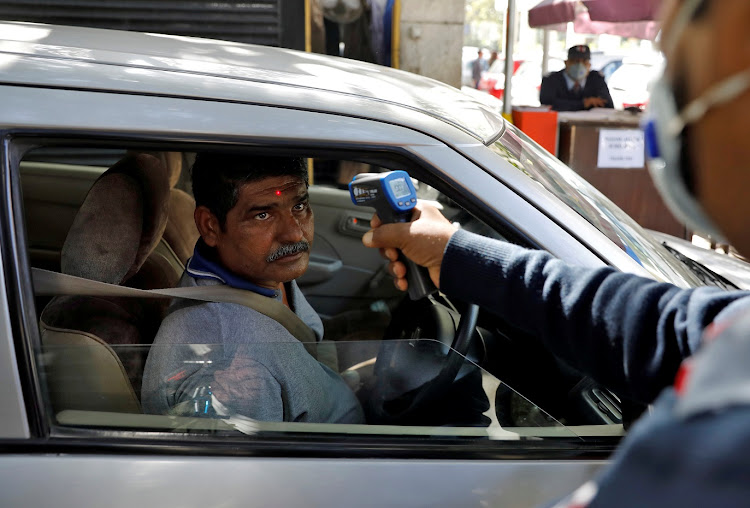 Can you say ‘awkward’? Like John and Yoko, Harry and Meg shuffle off-stage

Meghan kept a smile glued to her face, but Harry couldn’t hide his emotions during their last royal hurrah

Emergency alerts mean people are more afraid of being ‘criticised’ should they get infected, than of the virus itself

Fat lot of good: Miriam Margoyles says she’s obese and not proud of it

Actress wonders if one can be fat and happy, but also worries about the attitude of the 'body positivity' folk

A second patient has been cured of HIV after undergoing stem cell transplant treatment, after finding no trace of infection 30 months after he stopped traditional treatment. The so-called ‘London Patient’, a cancer sufferer originally from Venezuela, has revealed his identity as Adam Castillejo, 40. The man was diagnosed with HIV in 2003, and had been on medication to keep the disease in check since 2012. – AFP

The death toll from alcohol poisoning in Iran is at least 44 over misguided efforts to ward off the new coronavirus by drinking bootleg alcohol. The highest poisoning toll struck in the province of Khuzestan, where it grew by 16 to reach 36 on Tuesday. Alcohol is banned in Iran for everyone except some non-Muslim minorities. – AFP

Dutch prosecutors accused Russia of interfering with the criminal probe into the downing of flight MH17. Some witnesses were in fear of their lives, prosecutors told the second day of the trial of four suspects into the 2014 crash of the Malaysia Airlines jet in eastern Ukraine. Russia had targeted investigators in several countries affected by the tragedy, the prosecutor told the hearing at a high-security court in Amsterdam. – AFP

Dutch King Willem-Alexander apologised for the ‘excessive violence’ inflicted on Indonesia during his country’s colonial rule, the monarchy’s first such admission of regret to the Asian nation. The apology addressed the violence by Dutch forces during the period from Indonesia’s declaration of independence in 1945 until 1949, when the Netherlands recognised it as an independent nation. Willem-Alexander made the apology during his visit to Indonesia. – Reuters

Putin gets party backing for another term

Russia’s ruling United Russia party said it would back a constitutional amendment to allow President Vladimir Putin to run again for president, a prospect Putin has previously played down. Putin, who in January unveiled a major shake-up of Russian politics and a constitutional overhaul, is required by the constitution to step down in 2024 when his second sequential presidential term ends. – Reuters

A petition calling for rules on small houses and mobile homes to be eased was submitted to New Zealand’s parliament on Tuesday, as residents piled pressure on the government to address a chronic shortage in affordable housing. The country has the highest rate of homelessness among the 36 wealthy nations of the OECD. Tiny houses and mobile homes can be a ‘low-cost solution’ to the lack of affordable homes, but are regulated as regular homes with high taxes and bureaucratic red tape. – Reuters

It is galling that despite having put us in this sticky situation, the SOE enjoys limitless finance for bailouts

Merchants of doom: Covid-19 ‘more destructive’ than the Lehman crisis

Got a taste for luxury? Here are our four picks of the best hotel restaurants in the city

A spot of medical recovery? Rock-star living? Yes, this is a hotel

The Houghton Hotel is very quickly becoming a byword for local luxury, right in the heart of suburbia

Go with your gut: there are easy ways to fight off coronavirus

From supplements to exercise to nutrition, check out these natural ways to make sure you’re fighting fit

SPORTS DAY: Faf in India is a no-brainer, says Boucher

Nothing’s Gunnar stop us: how Solskjaer turned the tide at Old Trafford

Blast from the past: Bungu stopped by brash Prince