With seven SA Covid-19 cases confirmed, how prepared is the government?

Hoping Covid-19 carnage will save the planet? Then you’re the problem

Jonathan Moyo talks to us about the perilous state of his country, Zanu-PF, and the coups against Mugabe

He claims the top school is ‘obsessed with race’, while his son faces a disciplinary hearing over a racial slur

Looking back to see forward: when animals die out

SA study looks at mass extinction on land and sea, and answers questions that have plagued scientists

Egg-regious: We’re urged to buy white to save hens from pain

SAA has informed employees that it will start consultations, in terms of the Labour Relations Act, which could lead to retrenchments at the ailing airline. SAA's business rescue practitioners, Les Matuson and Siviwe Dongwana, said on Monday notices of consultation were issued to all the recognised unions for employees and management. They said they had been engaging with unions, most recently at the weekend, about the situation and the intention to begin the consultation process. “Our intention has always been to preserve as many jobs as possible through this process while still focusing on having a sustainable airline and platform for growth,” they said. All 4,708 employees would be affected and the number of jobs that would exist in the restructured organisation would be the subject of the consultation process.

When women are on an equal footing with men for economic opportunities it will be for the good of all. But this is happening at a snail's pace, particularly in business and academia. This is according to President Cyril Ramaphosa, whose weekly newsletter on Monday shone a spotlight on the economic exclusion of women and its effect on the country. Ramaphosa said emancipating women economically would also be a deterrent to the scourge of gender-based violence ravaging SA. Economic freedom would enable women to stand on their own, making them less exposed to abuse and exploitation. “It is only when women have their own means, when they can earn their own income, when they have assets to call their own, when they have skills and capabilities, then they are able to fully control their destinies,” said Ramaphosa. “By unleashing the economic potential of women we are unleashing the potential of our economies to grow and benefit all.”

A seventh person has been confirmed dead after a mass shooting at a home in Khayelitsha, Cape Town. The body of the seventh victim was found on Monday. According to police, the body of a 34-year-old man was found outside a shack not far from the initial scene, where six people were shot when gunmen stormed the house on Sunday morning. “The body is believed to be that of the owner of the house where the shooting incident occurred. [He] was present during the shooting incident and was thought to have fled during the attack," said police spokesperson Brig Novela Potelwa. “The discovery of the body takes the figure of those killed in the attack to seven. Five people died on the scene and one other person died on arrival in hospital." No arrests have been made.

The Cape Peninsula University of Technology (CPUT) closed campuses on Monday in the interests of staff and student safety. Lectures were disrupted and cars damaged by protesting students on the Bellville campus last week. At least four people were arrested. CPUT said that “due to the continued volatile situation on Bellville campus and in the interests of staff and students safety, executive management has decided to cease all university operations”. This included all academic, administration and support activities on Monday. “Staff must work from home, if possible. All university operations will resume on Tuesday.”

Taxpayers will ultimately foot the bill of about R7.5m to replace stolen public school property in Gauteng. Sixteen schools in the province were vandalised or broken into over the festive season. No arrests have been made. This was revealed by Gauteng education MEC Panyaza Lesufi in a written reply to a DA question in the provincial legislature. Public schools in Johannesburg central were hit hardest by burglars, with eight of the 16 schools located there. Lesufi said his department was working with the provincial department of community safety and the police to conduct random patrols of the affected areas. However, relying on public policing was not enough. “Schools are also requested to engage private security companies.”

Premier steps in amid Ladysmith 'shutdown'

KZN premier Sihle Zikalala will lead a high-level delegation to protest-torn Ladysmith in a bid to resolve ongoing instability. Zikalala’s move comes in the wake of continued disruptions to business operations and government services, including water, as well as clashes with police and the burning of debris. Residents have taken to the streets in recent weeks to demand that Alfred Duma local municipality mayor Vincent Madlala step down. They accuse him of looting municipal coffers for personal use. On Monday, roads were again blockaded with stones. Police spokesperson Col Thembeka Mbele said the roads have since been opened and that police, including the public order policing unit, were monitoring the situation. "The situation cannot be allowed to continue unabated … The current protest is affecting business and the economy of all small towns relying on Ladysmith as an important corridor,” said Zikalala. 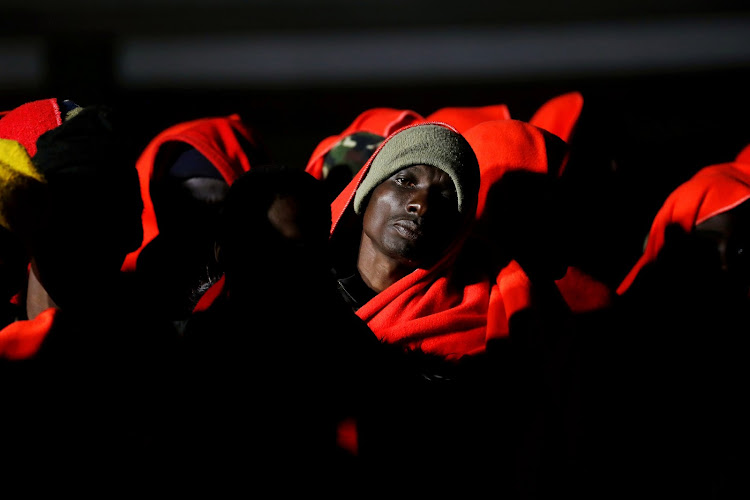 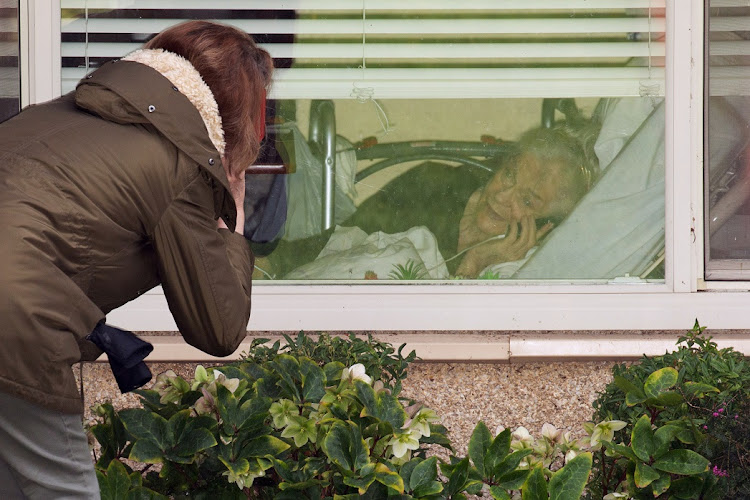 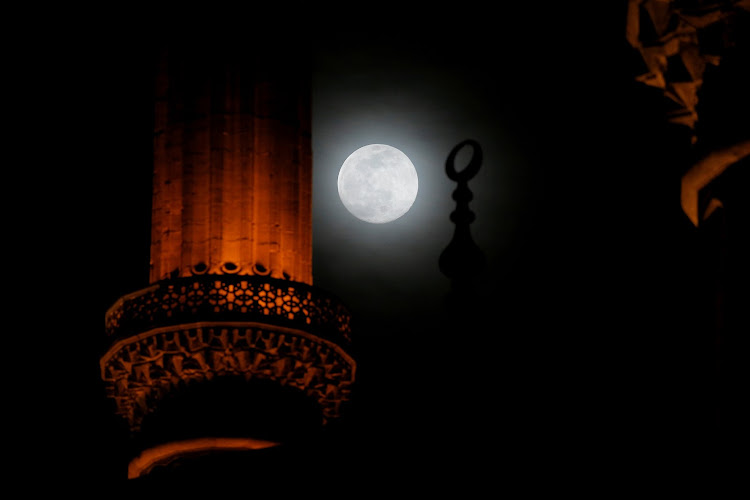 Change is in the air: Covid-19 shocks will reshape the global order

Operations by ex-UK and US agents were aimed at Democrats campaign and teaching union, claims report

No time to be a womaniser: James Bond shaken up in the MeToo era

And we might be in for a female 007 soon, if rumours about Nomi are anything to go by

Israeli teenagers, long used to serving their country through military service, are to take on a new role: bus station and railway disinfection workers. Prime Minister Benjamin Netanyahu has announced plans to mobilise youngsters against coronavirus. "It must be understood that the pandemic is not afflicting children or teenagers, thank God; there has not been one instance that we know of," he said. Newspapers were quick to point out that one of Israel's 25 cases of the virus was a secondary school student. – © Telegraph Media Group Limited (2019)

Disgraced former K-pop star Seungri enlisted in the South Korean army on Monday, meaning a military court will now hear his trial on charges stemming from a sex and drug scandal in 2019. The 29-year-old singer from popular boyband BIGBANG has been indicted on accusations including prostitution arrangement, embezzlement and illicit gambling. All able-bodied South Korean men are obliged to fulfil two years of military service to defend the country from nuclear-armed North Korea, with which it remains technically at war. Wearing a black hooded shirt and matching facemask, Seungri bowed to reporters but did not answer questions before checking into boot camp, Yonhap news agency reported. - AFP

Facebook’s going Down Under over data leak

Australia's privacy watchdog announced legal action against Facebook on Monday for alleged "systematic failures" exposing more than 300,000 Australians to a data breach by Cambridge Analytica. The Office of the Australian Information Commissioner said it had initiated proceedings against the tech giant which had committed "serious and/or repeated interferences with privacy". The commission alleges the personal information of Australian Facebook users was disclosed without their permission to an app called This Is Your Digital Life, which then sold the data to political consulting firm Cambridge Analytica. The now-defunct British company was at the centre of a huge scandal involving Facebook data hijacking in 2018. - AFP

Surf’s up in Fukushima

Every morning, come rain or shine, 64-year-old Koji Suzuki grabs his board and checks out the surf crashing onto the Fukushima coastline, some of the best rollers in Japan. Suzuki's local beach, Minamisoma, is about 30km north of the crippled Fukushima Daiichi nuclear plant and he still has vivid memories of March 11 2011, when a tsunami hit. The waves also wiped out his neighbourhood, including his surf shop. He fled, leaving everything behind except two shortboards that happened to be in his getaway car. "My mother died while evacuated, and my father followed within months. I lost everything. Except my surfing.” When he returned that summer, the beach was littered with debris from broken houses, but Suzuki was determined to get back into the water. “It was a heartbreaking view, but … I thought if I didn't go into the water now, this shore would be dead forever.” - AFP

Twit in chief called out over fake video

Twitter has used a new policy to identify misleading content for the first time on a post retweeted by US President Donald Trump that appeared to show Democratic Party rival Joe Biden endorsing his re-election. The platform has struggled with removing deceptive and abusive content in the past, but has also faced accusations its curbs have suppressed some political views. Last week it announced moderators would begin flagging media that had been "deceptively altered or manipulated”, the same day it announced an expansion of a ban on hate speech. The clip appeared to show Biden telling a crowd: "We can only re-elect Donald Trump.” But the video cropped the end of Biden's sentence, which actually went: “We can only re-elect Donald Trump if in fact we get engaged in this circular firing squad here.” - AFP

A group of women outside Mexico City's main cathedral clashed on Sunday, with men protesting against abortion who made Nazi salutes, among scuffles that left dozens injured during a protest by tens of thousands of people on International Women's Day. The incidents reflected an undercurrent of anger throughout the day, in which the city government said 80,000 people marched through Mexico City's historic core to the public square fronting the cathedral and National Palace. Wearing green bandanas symbolising support for abortion rights, at least a dozen women ripped down banners describing abortion as femicide and set them on fire. The male anti-abortion proponents, some of whom had shaved heads and one of whom carried a whip, yelled vulgar slang in return. - Reuters

In a sign of the mayhem and confusion gripping the markets, the rand slid 8% to its weakest since 2016

Exposure to Nigeria could force S&P’s hand on MTN

SPORTS DAY: We have a plan for Covid-19, says Boucher

Blast from the past: Bacher’s boys bash Aussies before ban