Protests are OK, but not violent ones: students

She allegedly swiped client files to set up her own firm, and now her ex-employer has taken the fight to court

A giant leap for global astronomy under the SA sky

The final design for the world’s largest radio telescope, the Square Kilometre Array, has been approved

Misjudged and ostracised by their peers and teachers, thousands in SA keep their illness under wraps

Beware: people above! Boats come off worst in whale ‘muggings’

RED LIKE WILDFIRE A guest waits after the Givenchy fashion show at the Paris Longchamp Racecourse.
Image: Lucas Barioulet/AFP

The non-fiction book The Lost Boys of Bird Island was nothing but a fabrication and a web of lies weaved by its co-authors, Mark Minnie and Chris Steyn. This allegation was made by lawyers acting on behalf of three apartheid-era ministers, only one of whom is still alive, following an announcement by NB Publishers that it had withdrawn the book which exposed a paedophilia ring allegedly run by apartheid-era politicians. The publishers conceded that the surviving minister, Barend du Plessis, could have been erroneously linked to the book.

Renew your grave lease or Durban will reuse it

Students ‘forced to sleep in library’

A video clip of students sleeping in the library at Wits University was shared by the student representative council (SRC) on Wednesday, as it staged a demonstration demanding immediate action. While the university reiterated that free accommodation excludes students who have failed repeatedly, the SRC tweeted: “When we resort to other measures, we do so because we have exhausted all other forms of engagement. A storm is coming. It cannot be that under our leadership students are subjected to these inhumane conditions. Our students will be accommodated!”

While SA battles with cyber crimes, the country has, according to a new study, improved in cyber security. The study, by Comparitech, shows that SA has improved its ranking from 34.39 to 25.83. This means the country has moved from being the 28th least cyber-safe country to the 31st least cyber-safe country. In June 2019, the SA Banking Risk Information Centre (Sabric) said it had recorded an increase in cyber crimes in the country for the year 2018. Digital banking crimes increased by 75.3%, from 13,389 incidents to 23,466, in which R262m was stolen. These crimes were committed via phishing, vishing, SMishing or e-mail hacking, Sabric said.

Kinkelbos police officer Sgt Eugene Bantom and his colleague, Const Vanessa Baartman, helped Nozuko Befile, 44, deliver a baby boy in Colchester, Eastern Cape, on Tuesday. Bantom said it was the fourth time in his career that he had helped deliver a baby. Baartman and Bantom were the first to arrive on scene after receiving a distress call about Befile, who was about to give birth without assistance. Motherwell cluster commander Maj-Gen Dawie Rabie was delighted with the officers: “These two members have shown their level of commitment in rendering a professional service and going the extra mile for their community.” The mother and baby were taken to hospital for further care.

A high percentage of pensioners are placed in old-age homes without a single visit from their children. This is what a report by Solidariteit Helpende Hande: “Tehuis vir bejaardes” found. At least 450 elderly people from 50 old-age homes completed a questionnaire. Most of the homes that participated were in Gauteng, at 24%. The second-largest group was in the Free State, with 18%, followed by the Northern Cape, North West and Western Cape, with 14%. The report found that at least 62% said their children visited them and picked them up for “outings”. It said 34% saw their children weekly and almost 30% had family visit them every month. Only 6% see a loved one daily, while 11% never see or spend time with their loved ones. 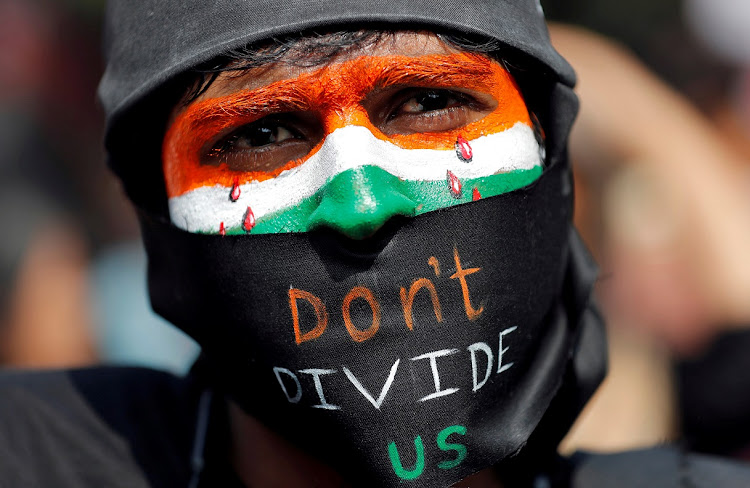 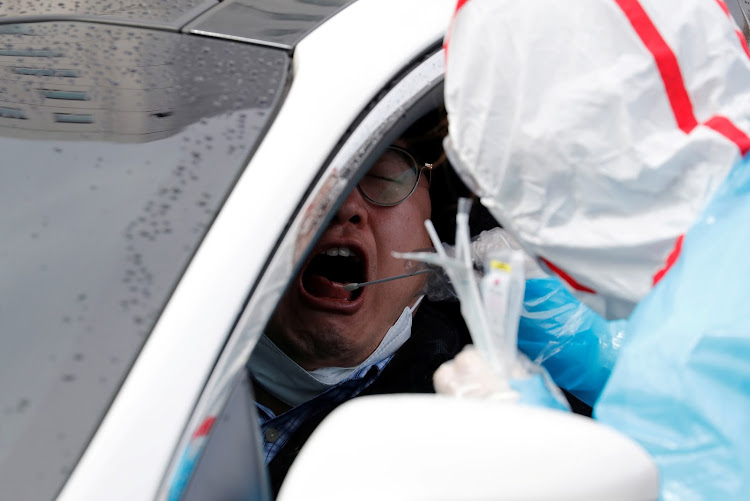 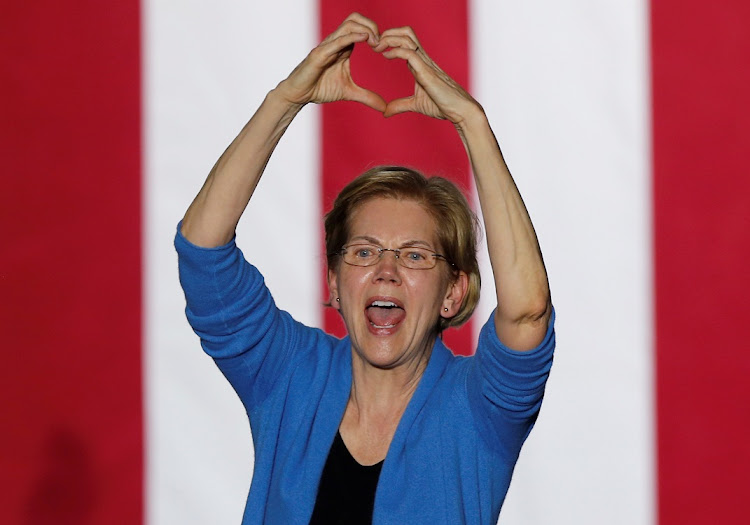 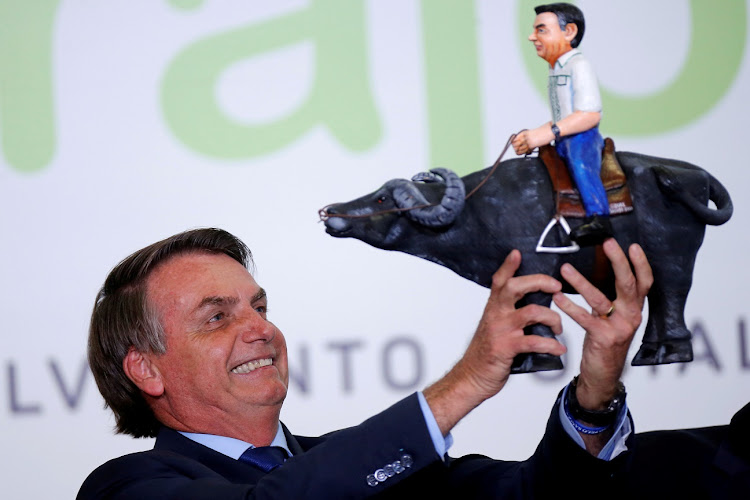 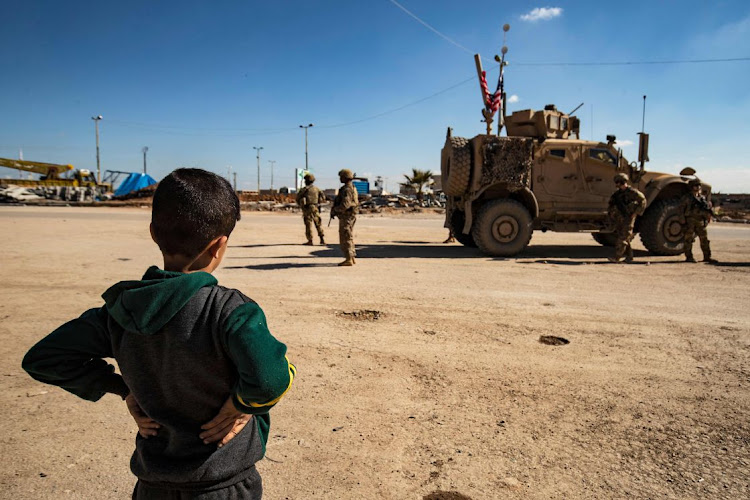 Labs around the world are working furiously to stop the disease in its tracks. These are the firms in the lead

Meghan is so desperate for privacy, she’s off to Earth’s biggest star event

ANALYSIS | Forgive us for getting a bit confused by the bombardment of mixed signals, ma’am

At last! Renewables are overtaking fossil fuels. The stats prove it

Tune up, chill out: making music is the latest work ‘wellness’ trend

Forget the gym, stressed-out employees are turning to musical instruments to unwind

VOTER BLUES A voter fills out his ballot in Margaret Johnson's living room, which serves as a voting place, in Allen, Oklahoma.
Image: Reuters/Nick Oxford

Beware! That mask may be ‘recycled’

Thai police found used face masks being repackaged in boxes to be sold as new, in a raid on a recycling factory. The operation was prompted by a tip-off that the facility was exploiting a shortage of masks in Asia. Workers were ironing and refolding masks to make them appear fresh. – Telegraph Media Group Limited (2020)

Pope’s reputation on a rope

A row has erupted over whether Pope Pius XII failed to save Italian Jews from being deported to death camps by the Nazis during World War 2. For decades, critics have accused Pius of being pro-German and of turning a blind eye to the Holocaust, while his defenders have argued that he did his best to secretly help save Jews under extremely difficult circumstances. In a bid to resolve the debate, the Vatican on Monday opened its archives relating to Pius’s 1939-1958 papacy to scholars, although experts said that it would take years to scrutinise the two million documents. – Telegraph Media Group Limited (2020)

Top Egyptian militant Hisham al-Ashmawy was executed on Wednesday following his conviction over several high-profile attacks. Ashmawy, a former Egyptian special forces officer, led the Sinai-based Ansar Bayt al-Maqdis, Egypt’s most active militant group, before it pledged allegiance to IS in 2014. He then moved with a group of followers to Egypt’s Western Desert, later crossing the border to Libya to join the al Qaeda-linked Ansar al-Sharia. He was captured in east Libya in late 2018 and transferred to Egypt in May 2019. Ashmawy was convicted on several charges including plotting a 2014 attack that killed 22 military guards, and the attempted assassination of a former interior minister in 2013. – Reuters

Relatives of some of the thousands killed in the Philippines’ war on drugs acted out their journey of loss and healing in a theatre performance in Manila on Wednesday, capping a month-long therapy programme for grieving urban poor families. Bereaved mothers, wives and children took to the stage at a high school in front of a crowd of 500. They danced to pop songs, and performed monologues and political sketches. More than 5,600 suspected drug dealers and users have been killed in police anti-narcotics operations since Duterte took office in July 2016, according to government data. Thousands more died in mysterious circumstances. – Reuters

If you’ve got the trots, avoid Oz

Australia’s major grocers put strict limits on purchases of toilet paper on Wednesday after a rush of panic buying related to coronavirus fears emptied shelves. Australia was one of the first countries to take a hard line on tackling the outbreak, imposing border controls on visitors from China a month ago. It has reported just three cases where people who have not left the country have been infected. Still, social media has been awash in recent days with photos and video of people stockpiling goods. The run on toilet paper in particular has sparked the trending hashtags #toiletpapergate and #toiletpapercrisis on Twitter, along with photos of overloaded shopping trolleys, and calls for calm from baffled officials. - Reuters

Genesis has a regenesis

British rock band Genesis announced plans on Wednesday for their first tour in 13 years. Phil Collins, the lead singer and, will join guitarist Mike Rutherford and keyboard player Tony Banks for the UK tour dubbed “The Last Domino?” The trio, all aged 69, will be joined by Collins' son Nicholas, 18, who will take over from his father on drums, and longtime sideman Daryl Stuermer on guitar and bass. Collins said they would be playing a mix of big hits and some of their older songs. Genesis has sold more than 100 million albums since its formation in 1966. - AFP

Eskom has been played for a sucker by the Aussies. It’s got to stop

Secret deal has seen the utility provide South32 with power at a massive loss. The contract is up for renewal

Ramaphoria? We got grapes of wrath instead

The key investment factors were well within our reach to tackle, but such low-hanging fruit has been neglected

Many clients fearing the risk of contracting the virus are cancelling or delaying their trips, a survey has found

A world of wearable woke: how a movement weaves into trends

Kaia Gerber learned from the best. Now learn from her

After 40 years, the Ringer bash remains a byword for violence

Blast from the past: SA get the Windies in their sails