It’s coming, they warn, with winter likely to cause deadly havoc in the fight against coronavirus

At debt’s door: Tito’s ‘borrowing us into recession’

We are living on overdraft and simply postponing the inevitable tax increases, warns economist

Zuma scores a win in fight over Thuli’s R10m klap

Mom ropes in protector after son booted from Wits

A no-brainer: red card for kids who head the ball

Shackled to the past: how our jails are sliding dangerously backwards

Contrary to what Mandela envisioned, we cram our prisons and block avenues of rehabilitation and reform

As Covid-19 threatens the Trump roadshow, an anxious world watches

Thanks to the coronavirus, his greatest strength until a few weeks ago could become his biggest liability

You’d better BEElieve it: the hard-up faithful can hit pray-dirt

There are many ways to stay sharp, and older adults are more emotionally stable, says a leading neuroscientist

The death toll following a terrible bus crash in Centane, in the Eastern Cape, on Monday has continued to climb. Transport minister Fikile Mbalula on Tuesday placed the death toll at 29, with around 60 people injured. The bus plunged down a steep ravine on Monday morning. It was carrying mostly pensioners and pupils. Mbalula said it was believed that the bus driver lost control of the vehicle, but further investigations into the cause of the crash were still being conducted.

Parliament has called for the immediate resolution of the dispute between the City of Cape Town and refugees who were located outside the Central Methodist Mission on Greenmarket Square. Over the weekend, hundreds of law enforcement officers enforced a court order allowing the city to remove refugees who were illegally camping outside the church. “It is untenable that the situation continues to persist, despite numerous attempted interventions that have not yielded desirable results. We would like to urge refugees to comply with the laws of the country and with the bylaws of the City of Cape Town,” said Bongani Bongo, chairperson of the portfolio committee on home affairs.

Customer fraud on the rise

Customer fraud (SA 47%, global 35%) has become the most prominent economic crime faced by businesses, a PwC survey shows. This is followed by bribery and corruption (SA 42%, global 30%) and accounting/financial statement fraud (SA 34%, global 28%). “From a global perspective, customer fraud is especially prominent in the financial services and consumer markets segments. This could be telling as industries shift to direct-to-consumer strategies. But it’s also one of the frauds where dedicated resources, robust processes and technology have proven effective in prevention,” according to the PwC’s Global Economic Crime and Fraud Survey. Customer fraud refers to mortgage fraud, credit card fraud, claims fraud, cheque fraud, ID fraud and similar.

EFF MPLs and supporters used their hardhats to beat up security personnel who had been instructed to eject MPLs for wearing their trademark red overalls to the Eastern Cape legislature on Tuesday. All hell broke loose when speaker Helen Sauls-August instructed sergeant-at-arms, Thembekile Mzantsi to summon security to remove EFF MPLs who had refused to leave the house. Sauls-August had instructed EFF MPLs to leave the house, saying they were not dressed properly. EFF members and supporters who had been sitting in the public gallery entered the chambers and assaulted the security personnel. Footage shows fists and punches flying and bloodshed as the violence broke out. Some security officers were seen with blood stains on their white shirts. The sitting was meant to discuss premier Oscar Mabuyane’s state of the province address.

A Durban security guard was shot dead while raising the alarm about armed robbers who stormed into a business at Greyville Racecourse on Tuesday morning.  Leon Fourie, of Life Response 24/7, said the incident occurred just before 10am.  He said the 47-year-old security guard was employed by Betting World.  “Five armed suspects entered the property and the security guard ran to the offices to warn everyone. He was shot in the chest. The suspects ran off and nothing was taken.” Fourie said the victim died before paramedics arrived.

Council flags too many ‘unnecessary’ caesareans

The Council for Medical Schemes (CMS) said urgent steps must be taken to reduce high levels of medically unnecessary caesarean births in the medical schemes population. A newly released report by the council claims the overall caesarean section (CS) rate for the medical schemes industry was 77.4%, which is among the highest in the world. According to the report the rate of caesarean births, most of which are likely to be elective, has remained high in the population covered by medical schemes, even though they are not a chronic condition benefit. 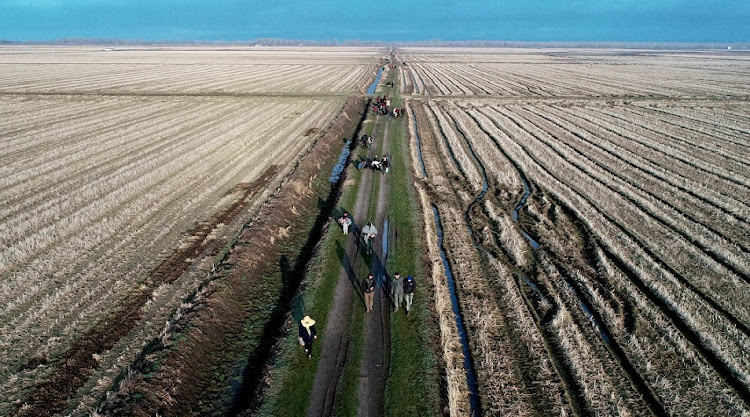 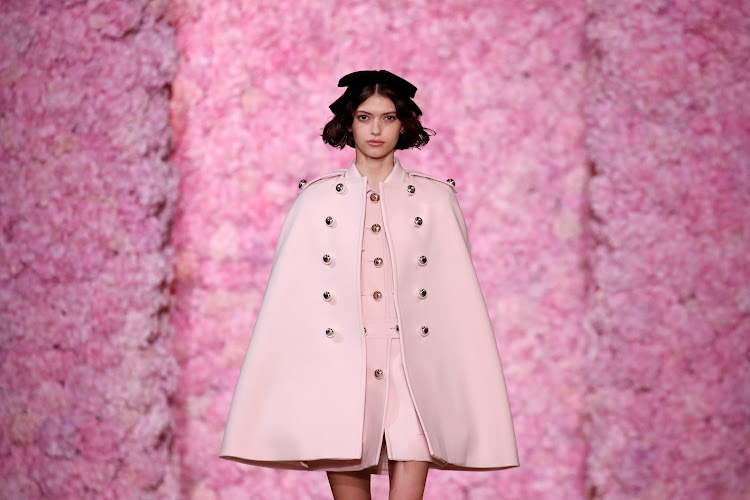 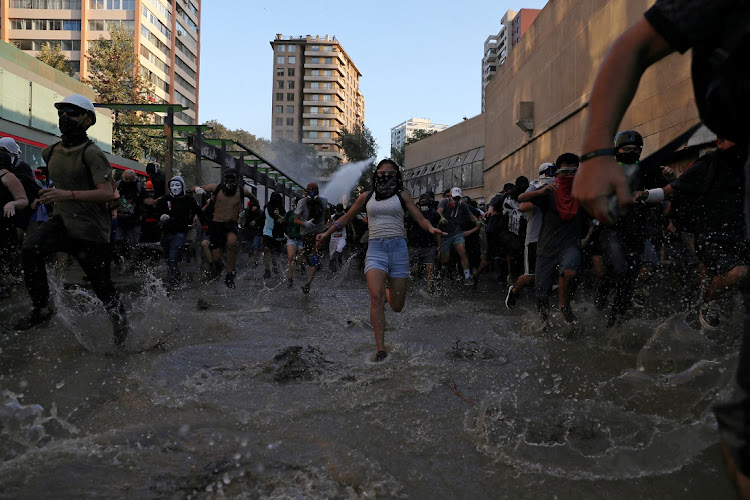 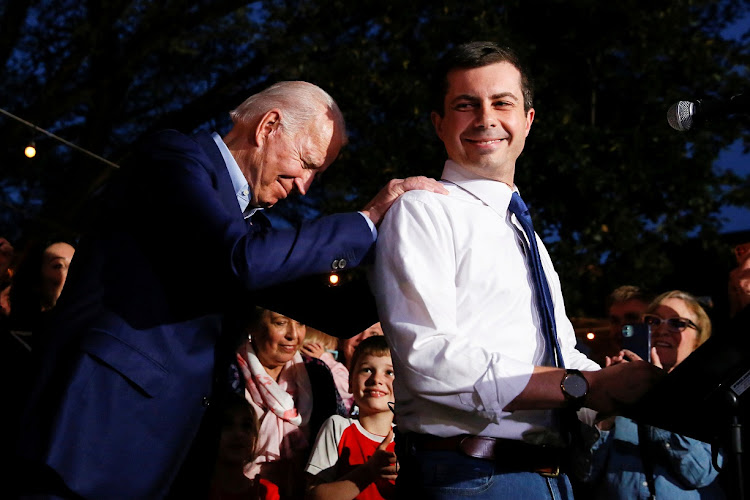 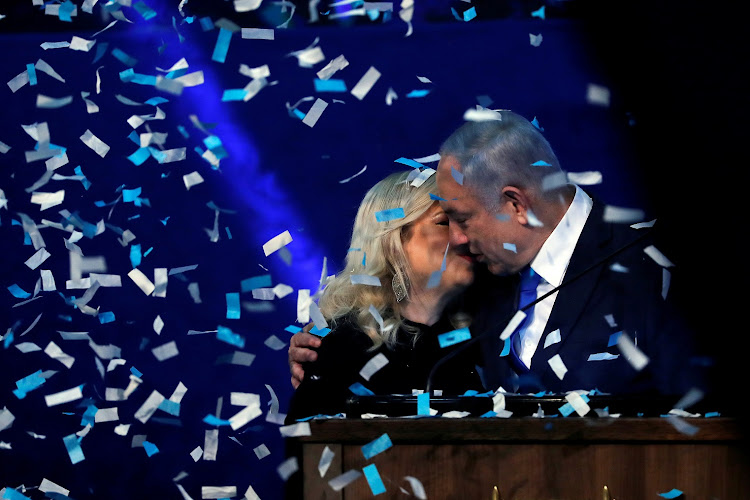 Many things about Zuckerberg are cool, says former mentor, but …

Like Harry, all that therapy could be making your trauma much worse

China battles to restart an economy left spluttering by Covid-19

Government officials insist that growth is on track, but experts and ordinary Chinese would disagree

It’s not fiction: reading is good for you, and there’s science to prove it

Forget your self-help tomes and chick-lit, though – to get the benefits, you have to brave the classics

Home-made videos featuring a catchy Vietnamese song and an accompanying dance about the necessity of hand-washing during the coronavirus crisis have racked up more than 2-million views on TikTok. Cribbing the tune from a famous pop song, the ministry of health released an animated video with lyrics telling its citizens to ‘push back the virus Corona, Corona’. In Vietnam, the nation’s youth have taken to TikTok performing hand-washing dance moves as recommended by health professionals. – AFP

Germany has discovered eight right-wing radicals in its armed forces and 27 individuals who have reservations about the constitution, according to a report commissioned to help root out extremism in the military after a scandal in 2017. The report by German military intelligence showed that in addition to the eight people categorised as ‘right-wing extremists’, a further two were members of a network that claims allegiance to the pre-war German Reich. – Reuters

India PM to hand over his social media accounts

India PM Narendra Modi will hand over his social media accounts on Sunday to celebrate inspiring women on International Women’s Day, months after facing criticism over a series of high-profile rape cases. He asked people to share entries of such women using the hashtag #SheInspiresUs, which became the top trending topic on Twitter about an hour after he posted his tweet. – Reuters

Austrian Chancellor Sebastian Kurz slammed Turkey for trying to ‘blackmail’ the EU by opening its borders to refugees. ‘It is an attack by Turkey against the European Union and Greece. People are being used to pressure Europe,’ Kurz said. Turkey has given a green light to refugees and migrants on its territory, many of them displaced Syrians, to leave for the EU, in defiance of a 2016 deal to keep them in. – AFP

Two French academics jailed in Iran for more than half a year on national security charges went on trial in a case that has raised tensions between Tehran and Paris, their Paris-based support group said. Fariba Adelkhah and Roland Marchal were detained in June on charges of conspiring against national security, which rights groups and fellow academics have denounced as outrageous. – AFP

China threatens retaliation over US ‘bullying’

China threatened to retaliate against US ‘bullying‘ after Washington imposed staff cuts on Chinese state media, two weeks after expelling three Wall Street Journal reporters. The US said its decision Monday to require Beijing’s state-run media to cut the number of Chinese nationals employed in the US was based on levelling numbers between the countries rather than hitting back over content. – AFP

Mboweni’s war with unions will end badly. Such wars always do

Flying solar: self-generation pays, and it’s the future of electricity

For those who would like to go this route, there are a number of lessons from projects around SA and Africa

Coin flip-flop: what exactly is bitcoin? Regulators need to know

Currency? Commodity? How digital coins are defined will shape how they are regulated around the world

Never mind the gloop, get your fingers on these yummy pods

True devotees love the slime in these little outliers of the mallow family, but cooked right they’re delicious

This vintage cycling event taps into the real soul of cycling, and is not for the faint of heart

But Uefa is remaining calm over the possible repercussions for the tournament, with 100 days to go

Blast from the past: Bruno makes short work of Coetzee