Fearing ‘them’ in a pandemic makes no room for even ‘us’

Soon the government will have to protect us not only from Covid-19, but from the violence fear of it will bring

Following a string of child murders, experts urge parents to warn their kids that anyone is a threat

Watch this space: African space sciences set to take off

NEWS DEPORTERS Locals, who prevent migrants on a dinghy from disembarking, beat a journalist as a woman tries to stop them on the island of Lesbos, Greece.
Image: Reuters/Stringer

A man who was travelling with his newlywed friends says he has never felt his life was in more danger than when numerous rocks were thrown at their vehicle. Brendyn Lotz was travelling on the N1 heading north last week when rocks were thrown from all sides after they passed a bridge. “It took me a while to register what was happening. I saw my friend who was driving looking back with sheer terror. I’ve grown up around crime … but I’ve never felt like I was in actual danger like this,” Lotz said. The trio was about 19km from the Grasmere toll plaza when they came under attack. The rocks damaged the bonnet, windscreen, radiator and a front tyre. "All the lights came on and we wondered what was happening. We continued to drive for a few kilometres even though the car was moving slowly,” he said. Lotz said fellow motorists helped them and so did the police.

Cancer sufferer kills daughter then himself

A Port Elizabeth man suffering from stage-four lung cancer shot dead his daughter before turning the gun on himself. The murder-suicide happened on Fifth Avenue, Newton Park, at about 11pm on Sunday. Johannes Maritz, 74, shot his daughter Merisa, 47, in her bedroom. Police spokesperson Capt Sandra Janse van Rensburg said Johannes’s younger daughter, 46, who police are not naming, was visiting from Moorreesburg in the Western Cape and was in the house at the time of the shooting.

Yoshi, a loggerhead turtle released from the Two Oceans Aquarium in Cape Town in 2017, has recorded the longest journey of a tracked animal after arriving in Australian waters. Aquarium officials said Yoshi had become an international celebrity after travelling more than 37,000km to reach Australia. “This cold-blooded reptile has outdone the journey of any marine animal,” they said. It is believed she may be returning to her “natal beach” to lay eggs. Yoshi is now protected under Australian law, which promotes turtle conservation. She maintained an average of 48km a day.

The University of Zululand (Unizulu) has been forced to close its KwaDlangezwa campus in Ongoye, northern KwaZulu-Natal, with immediate effect following violent student protests in which a police van was torched on Monday. Unziulu posted news of the closure on its social media page on Monday. "Due to the current acts of violence that include threats to human life, harassment, intimidation and destruction of property by students, the university management, in consultation with the chairperson of council, has decided to close the Kwa-Dlangezwa campus with immediate effect." The university said that as a result of the closure, all students who live in university accommodation "are directed to vacate their residences by no later than 3pm on Monday". Unizulu spokesperson Gcina Nhelko said the protests centred on the release of National Student Financial Aid Scheme funds.

A 101-year-old woman from Limpopo says she was raped by an unknown man who broke into her house on Sunday morning. Brig Motlafela Mojapelo, provincial spokesperson, said police in Maake, outside Tzaneen, had launched a hunt for the suspect. "It is alleged that the victim, aged 101, was sleeping alone in the house when an intruder broke the door, got inside and raped her. The police were notified and a case of rape was opened. "A manhunt was immediately activated. "Preliminary investigations revealed the victim is living alone," Mojapelo said.

“It is shocking and there is nothing I can do. I am heartbroken and no longer interested in those guys.” These were the words of Victor Mlotshwa after Willem Oosthuizen and Theo Jackson were released on parole. In 2016 the two farmworkers forced Mlotshwa into a coffin and threatened to kill him. The high court in Middelburg had in 2017 sentenced Oosthuizen and Jackson to 16 and 11 years behind bars, respectively, but the Supreme Court of Appeal overturned the attempted murder convictions in December 2019. The two spent two years and a few months behind bars for assault with intent to grievous bodily harm before being released.

Law enforcement clashed with refugees on the outskirts of Cape Town's CBD on Monday in an attempt to move them out of the city. About 200 refugees had spent the night in a park after being removed from Greenmarket Square by law enforcement on Sunday. A court order granted to the city states that the removed refugees may not relocate anywhere in the CBD. 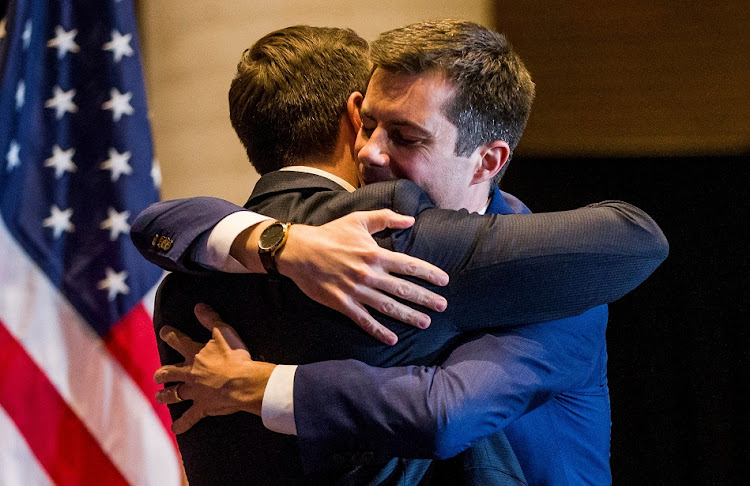 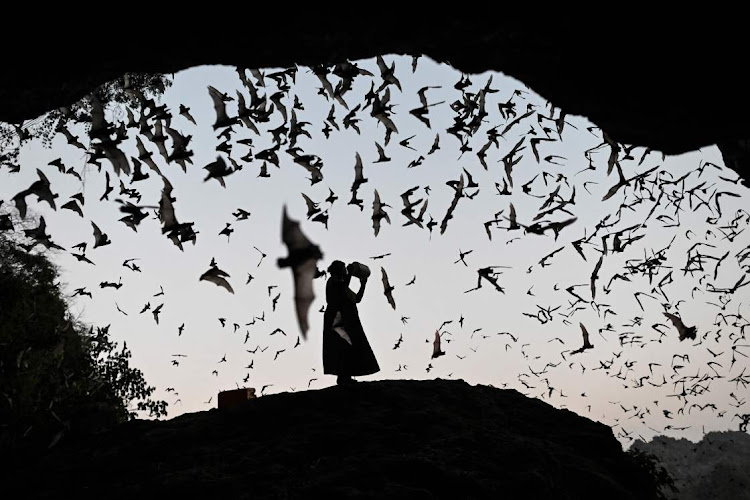 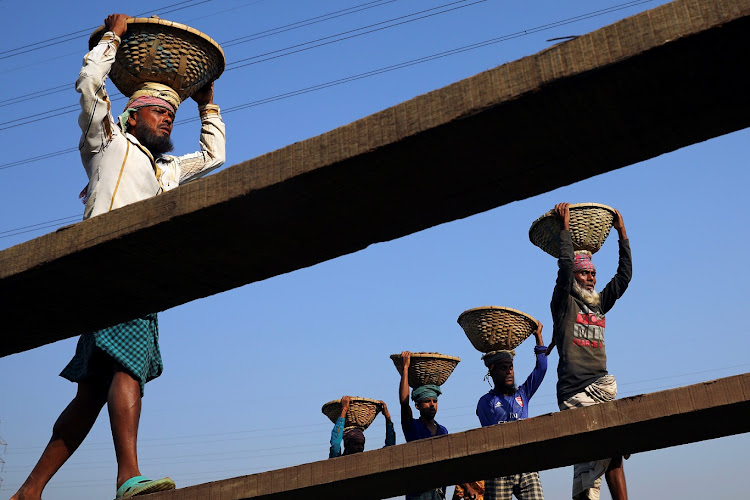 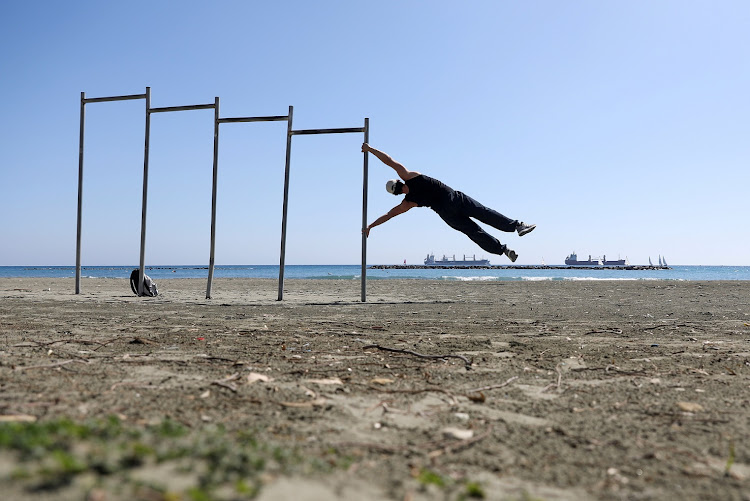 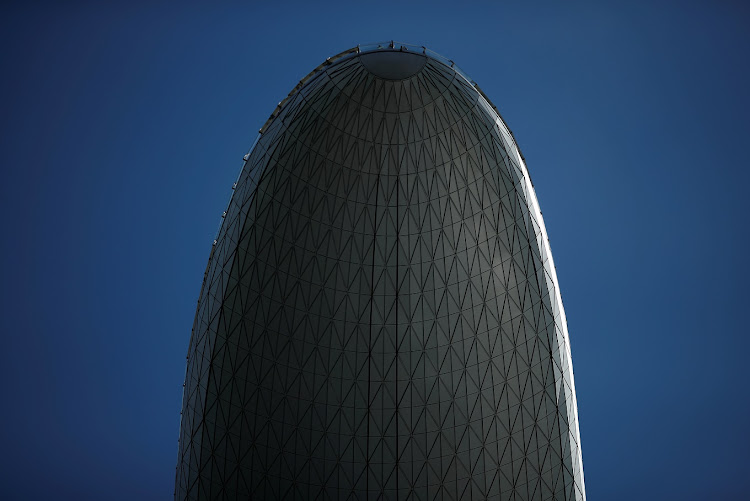 Banana split: why gene editing will save the fruit from extinction

A fungus threatens to wipe out Earth’s fourth-most important crop, but a start-up may have the solution

As militant Islam finds a fresh foothold in the Sahel, we look at what awaits UK troops ready to join the fight

The real apocalypse is the extinction of rational thought

ANALYSIS | Instead of hope through rational progress, the message is overwhelmingly of blame

POLE POSSESSION A man climbs up a pole to get a prize during celebrations of Maslenitsa, a pagan holiday marking the end of winter, in Vladivostok, Russia.
Image: Reuters/Yuri Maltsev

Just do it, or else - Uighurs ‘forced’ to make Nikes

China’s oppressed Uighur minority is allegedly manufacturing shoes for Nike and products for dozens of the world's largest brands in factory conditions that "strongly suggest" forced labour, according to an investigation by the Australian Strategic Policy Institute (ASPI).Nike, Apple and Adidas were identified as being among 83 well-known brands that reportedly had a Uighur workforce in their supply chain.Between 2017 and 2019, the institute estimates that at least 80,000 Uighurs were transferred from their homes in Xinjiang province and assigned to factories.– © Telegraph Media Group Limited (2019)

Top private school fees may now cost £42,000 a year, but any parent worrying whether that's money well spent can take heart from the latest employment opportunity opening itself up to pupils: TikTok influencer.The viral video-sharing app may be an enigma to anyone out of their teens, but has had more than a billion downloads worldwide, with big-name users raking in as much as £150,000 per 60-second post.The private school kids of TikTok may be some way off that yet, but their short video clips offering insight into what life is - supposedly - like for today's teenage toffs, have already racked up 430.5 million views, and counting.The spoof videos, set to pop music, parody British private schools in all their glory - the more stereotypes squeezed in, the better.– © Telegraph Media Group Limited (2019)

The Pakistani doctor who helped the CIA track and kill Osama bin Laden has launched a hunger strike from his prison cell, his lawyer and family said on Monday. Shakeel Afridi has been languishing behind bars for years since his fake vaccination programme helped US agents track and kill the al-Qaeda leader in 2011. "It is to protest the injustices and inhumane attitudes being committed against him and his family," his brother Jamil Afridi said after meeting Afridi in a prison in central Punjab province. His attorney, Qamar Nadeem, also confirmed the hunger strike. Afridi was jailed for 33 years in 2012 after he was convicted of having ties to militants, a charge he denies. His sentence was later reduced by 10 years. Some US lawmakers have branded the case as revenge for his help in the search for Bin Laden. - AFP

Australian summers are lengthening by a month or more while winters are getting shorter due to climate change, according to an analysis by a leading think tank released Monday.The Australia Institute said large swathes of the country were experiencing an additional 31 days of summer temperatures each year compared to the 1950s.While Sydney was just under the average with an extra 28 hot days a year, Melbourne added 38 warmer days since the middle of the 20th century.In some regional areas ravaged by bushfires in recent months, such as the New South Wales town of Port Macquarie, residents are now experiencing seven more weeks of typical summer temperatures. - AFP

An 82-year-old Israeli rabbi, head of an ultra-Orthodox Jewish sect, was charged on Sunday with incitement to violence and fraud over alleged miracle cures. Eliezer Berland, head of the Shouvou Banim sect within the Breslov Hasidic community, was arrested on February 9 2020. He is accused of "taking advantage of his status to extract money from people in distress, knowing full well that he could not help them", the court indictment said. "The accused is the head of a community of millions of worshippers for whom he has supreme authority," it added. He was accused of pretending to have special powers to heal the sick over many years, demanding large sums of money in exchange. - AFP

The execution of four men convicted of the brutal gang-rape and murder of a student on a New Delhi bus in 2012 was indefinitely postponed by a court Monday.The special court last month ruled the men were to be hanged Tuesday, but postponed the execution after one of them filed a mercy plea - the last remedy for death row convicts - to the president. "The execution has been deferred till further notice," defence lawyer AP Singh said. Five men and one juvenile were charged with the attack on Jyoti Singh in a case that made headlines around the world and triggered massive nationwide protests. One of the men, the suspected ringleader, allegedly committed suicide in prison, while four others were convicted in 2013. The juvenile was released after three years in a detention centre. - AFP

SA is killing itself by keeping failing SOEs on life support

As we wait to see if our fate is junk or a recession, we're still at the mercy of sovereign-sapping Eskom

Robbing workers in broad public daylight won’t do the job

In effect, the budget downsizes core national functions to save an airline that cannot compete with private suppliers

March’s book selection is a tantalising grab-bag of history, crime, tragedy and a spot of up lit

Bookmarks: the very long read to the Mantel of English greatness

Google’s Mzamo Masito on being an engine for inclusivity

The regional CMO is surprisingly soft-spoken. This is the same guy who challenged an audience with the K-word?

Pep bags another League Cup, but says competition must go

Blasts from the past: Saffer gives Ireland Les Bleus