Tito is a national treasure. Now he just needs Cyril to back him

High Court found police had botched their probe and awarded her R2.3m damages. But SAPS doesn’t want to pay

Protect women? Mudslinging mayors did anything but

ANALYSIS | Court will decide in the case of Mashaba v Tau, in which it appears women were used as political props

Your overly formal communication is not professional; it’s condescending, meaningless and bloody lazy

Despite disaster, young canoeist refuses to let her dreams float away

Star Soweto canoeist, 14, suffered smashed hip and legs after she was knocked down by a car

Russian successfully applied to get his property back after initial seizure, but the Hawks remained suspicious

They wrote it this week: Why he regretted nicking Marie Antoinette’s head

The decadent artist was inseparable from the elegant Mabel. She might just be the key to his fantasy world

‘NO TIME TO DIE’ A woman walks past a poster for the new James Bond movie in Bangkok.
Image: Mladen Antonov/AFP

A house in Upington that had been used as a drug den for years has been demolished. The house at 10 Carlton Street had gained notoriety as a haven for addicts and dealers, said Northern Cape police. It was taken down on Friday, following a decision by the Upington Magistrate's Court, when the two convicts who were using the house were also slapped with a combined 57 years' prison sentence, police said. The provincial head of the Hawks, Maj-Gen Kholekile Galawe, applauded the team for their contribution to combating drug crimes in the Northern Cape. “That house was a magnet for bad elements. Both the demolition and the sentence of the two is testament to the commitment of the Hawks in removing those responsible for selling and distribution of drugs to our communities,” he said.

South Africans being repatriated from the coronavirus epicentre of Wuhan in China will be treated with dignity inside a quarantine zone once back on home soil - guarded by the military. Families and other visitors will not be allowed to visit during the 21-day quarantine period, said health minister Zweli Mkhize. “The very nature of the quarantine exercise is to isolate a group of COVID negative people who have been exposed to a high risk environment, remove them from that high risk environment, and then allow the determined incubation period to lapse before being integrated into society. Human contact and mixing of groups will be limited in the entire process,” Mkhize told a briefing in Johannesburg on Sunday.

‘Trafficker’ plans to steal back bribe to cop

The Hawks have arrested a man for allegedly offering R100,000 to the investigating officer who had nabbed him on a wildlife trafficking charge. Col Katlego Mogale said the suspect, along with three accomplices, will face charges of corruption when they appear in the Randburg Magistrate's Court on Monday. The suspect's bribe bid was made when he was appearing on a wildlife trafficking offence last Thursday. Said Mogale: “He allegedly negotiated with the investigating officer to grant him bail and offered R100,000 as gratuity. The man and three people in his company were arrested. Mogale said it was established that the suspects were allegedly planning to rob the police officer once the transaction was made.

A 23-year-old man is expected to appear in the Wynberg Magistrate’s Court in Cape Town on Monday for the disappearance of a 12-year-old boy from Hout Bay. According to the police, the suspect, who was known to the 12-year-old, is believed to have been the last person seen in the company of the child. “The suspect was arrested on Saturday, February 29 2020 as part of an investigation into the disappearance of the child. “The investigation, which is at an advanced stage, is yet to determine through forensic evidence whether a body that was found between the reeds on Kronendal Farm on Friday is that of the missing child,” police said. More details were expected to emerge in court when the suspect appears on Monday.

Hundreds of law enforcement officers, some wearing masks over their mouths, arrived in Greenmarket Square in Cape Town on Sunday morning to enforce the court order allowing the city to remove refugees illegally camping outside the Central Methodist Church. Their structures were dismantled by the officers. Some refugees had packed up their tents and mattresses earlier, in readiness for the enforcement. The operation was peaceful, with officials working steadily, although they were being heckled by some refugees. By lunchtime, many of the refugees - who had been occupying the space since October - had left the square.

Some relief as fuel prices set to fall

Embattled consumers in a constrained economy will get some cheer from a drop in all fuel prices on Wednesday. The central energy fund said on Friday the price of both 93 and 95 octane petrol will fall by 19c/l, with that of both grades of diesel set to drop by 54c/l. The fund said: “The average international product prices for petrol, diesel and illuminating paraffin decreased during the period under review,” while the rand depreciated against the dollar. The wholesale price of illuminating paraffin will be lowered by 68c/l, while its retail equivalent will fall by 91c/l. Liquid petroleum gas will go down by 32c/kg. The inland price for 93 octane petrol will be R15.52/l from Wednesday, while 95 octane will sell for R15.84.

Hundreds of structures belonging to refugees were broken down and removed by Cape Town’s law enforcement on Sunday. Refugees hurled insults at officers and journalists regarding their treatment which they see as unfair in terms of their rights as refugees and asylum seekers. The group have been seeking refuge in the CBD for months over safety fears. 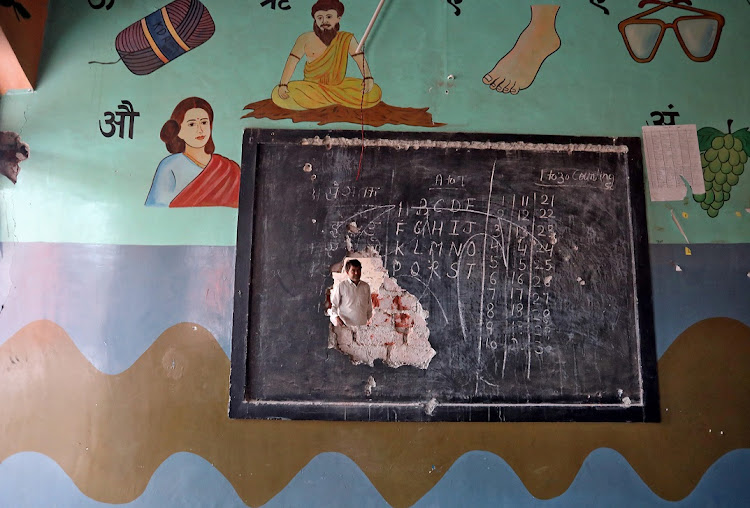 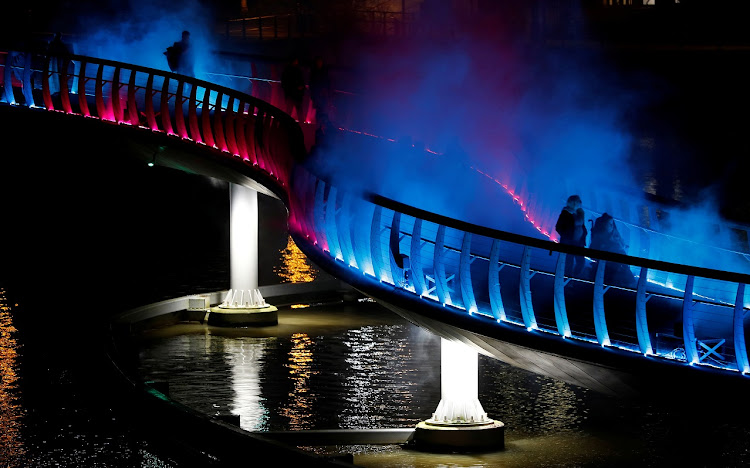 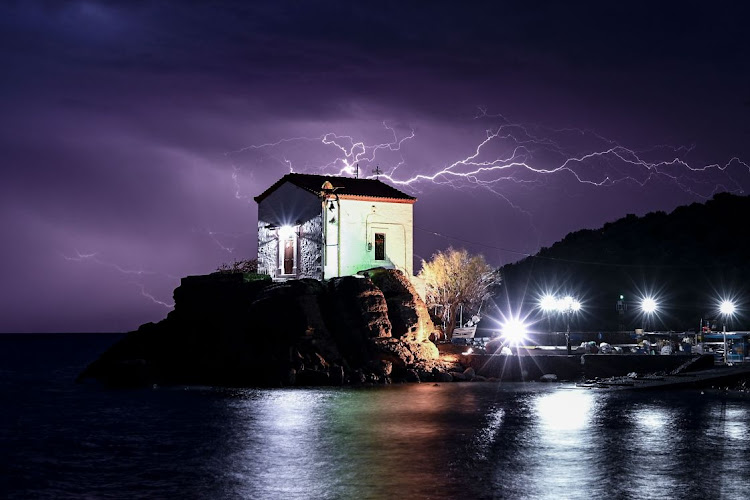 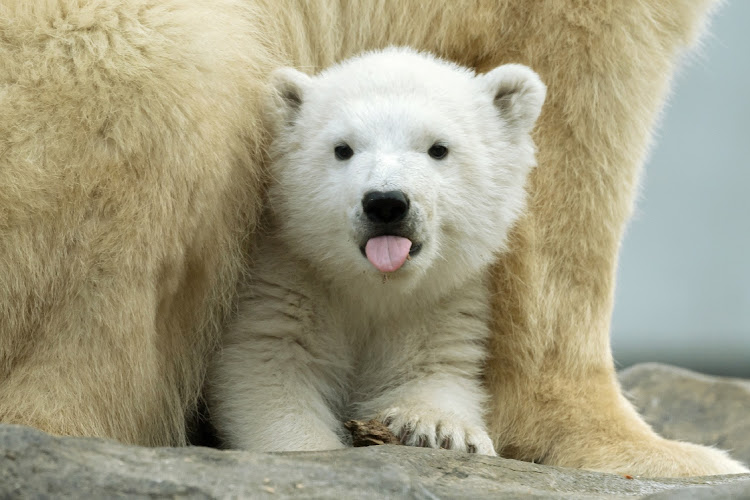 Garlic, masks, mouthwash and other Covid-19 myths and scams to avoid

As fears about the outbreak grow, so do the false stories. Beware these old wives’ tales

Zelda Perkins, who was made to sign a gag order, explains why she’s waiting for his ‘sudden resurrection’

Five-ring circus: get ready for Olympics doping cases that will ‘shock’

Joe hasn’t been Biden his time in vain

An outpouring of black voter support propelled Joe Biden to a convincing victory in South Carolina’s Democratic primary on Saturday, resurrecting his faltering White House bid and giving him a chance to claim he is the moderate alternative to Bernie Sanders. The win gives Biden a burst of momentum as the Democratic race to find a challenger to Republican President Donald Trump broadens quickly, with Super Tuesday primaries in 14 states about to award one-third of the available national delegates. – Reuters

Kenya will ban donkey slaughter to prevent the “decimation” of the country’s population amid rising demand for the animal’s skin in China where it is used in traditional medicine. Kenya will close down its donkey slaughterhouses and ban exports of its skin, the agriculture ministry said, claiming the trade has increased theft of the animals and “wanton slaughter”. Many Kenyan farmers rely on donkeys for their work. At least 1,000 donkeys are killed every day in Kenya for export to China. – Telegraph Media Group Limited (2020)

Chinese officials are on standby to deploy an army of voracious ducks to help Pakistan fight locusts that are threatening to devour crops. At least 100,000 of the specially raised waterfowl are expected to be sent to Pakistan later this year to combat a desert locust outbreak. Chinese researchers have described the ducks as “biological weapons” and claimed they can be more effective than pesticides. “One duck is able to eat more than 200 locusts a day,” said Lu Lizhi, a senior researcher who is in charge of the project. – Telegraph Media Group Limited

Earth gets a new mini moon

A “mini moon” the size of a family car has started orbiting Earth, astronomers have announced. The object, which measures up to 3.5m in diameter, was spotted earlier this month by Nasa. It has likely to have been orbiting the planet for about three years and circles it in an uneven oval shaped pattern once every 47 days. Named 2020 CD3, it is just the second known asteroid to have been pulled into orbit and scientists predict it will not become a permanent fixture. – Telegraph Media Group Limited (2020)

The director of a new Broadway show about Diana, Princess of Wales has defended the musical from accusations that it is tacky and inappropriate. Christopher Ashley insisted that “Diana”, which includes an imagined showdown between Diana and Camilla Parker Bowles does the “very best to tell the story with integrity and humanity”. The show has been dubbed “tacky” by Ingrid Seward, editor-in-chief of Majesty magazine. In one of the many songs by Bon Jovi’s David Bryan, the queen comes perilously close to using the F word. Opening night is scheduled for March 31, when critics will deliver their verdict. – Telegraph Media Group Limited (2020)

Roman Polanski won the award for best director at the “French Oscars”, provoking walkouts by actresses, booing and cries of “shame” and “paedophilia”, as protesters clashed with police outside. Florence Foresti, a comedian who hosted the Césars ceremony, said in an Instagram post afterwards that she was “sickened” by the decision to honour the Polish-French director, wanted in the US for raping a 13-year-old girl. Polanski’s film, “An Officer and a Spy”, received 12 nominations, more than any other film. No one from his production team was at the ceremony in Paris to collect his prize or the two others it won for best adaptation and best costumes. – Telegraph Media Group Limited (2020)

Here’s how funds can unlock the great potential in such development, to the benefit of us all in SA

The market selloff was about more than Covid-19. Here’s why

The virus was just a trigger, and even if the rate of infections starts to slow, don't expect a sudden recovery

Chook to the system: no sign of chicken tariff hike amid call for help

Ghosting: the most dispiriting thing to hit social media

As many as 78% of millennials have been ghosted at least once in their lives, but what exactly is ghosting?

Amazon, Apple and Google may be recording private conversations triggered by accidental ‘wakes’

Given the GTS treatment, the SUV gives off a good buzz

And the crowd goes … away. Is this the prelude to a virus-hit Games?

Event cancellations, absence of spectators and other measures stoke fears of a washed-out Tokyo Olympics

Blasts from the past: Madiba watches Baby Jake’s last fight