Register racists: judge after yet another case

Here’s how SA’s brightest youngsters fall through the cracks

When a medical student matriculated from a poor high school, his story made headlines. Now he may not even graduate

Statistician-general says graduates have a much higher chance of finding employment, according to data

This country has the highest prevalence of the often deadly scourge, a global survey has revealed

I’m not a dog person, but things have turned a bit Rosie

When I say this pup is extraordinary, you need to know that I am offering you a cold scientific analysis

Coal, wind, solar ... if you believe these can’t be free, you’re a fool, says the Black First Land First sideshow

The PC police can go potty, loopy and gaga, but don’t take my crazy

Prasa on Thursday paid R6.5m to Eskom, apparently ending a “devastating” disruption in the power supply to the passenger rail agency that left thousands of commuters in the Western Cape stranded. Eskom spokesperson Sikonathi Mantshantsha told TimesLIVE the payment was received and Prasa's account was now “current”. Power had been restored. From about midday on Thursday, no trains were operating in the Western Cape after Eskom cut power to Prasa, citing non-payment of bills. Commuters were stranded on trains which had to limp back to stations on emergency power and passengers were denied entry to stations. About 590,000 people use trains each weekday to get to work and back.

More than 130 parties could be deregistered

More than 100 political parties could be deregistered, the Electoral Commission announced on Thursday. The commission said it had identified 138 parties that would be deregistered if they did not inform it of their intention to remain registered by March 31 2020. The parties are not represented in any sphere of government. The include Patricia de Lille's erstwhile Independent Democrats, the Dagga Party and the once iconic K.I.S.S. (Keep It Straight and Simple). According to the commission, of the 450 political parties currently registered, 93 are represented in the national, provincial or municipal legislatures, 219 have either contested an election in the past two years, are recent registrations, or informed the commission of their intention to renew their registration by the due date. That leaves 138 that have to submit a letter requesting renewal by March 31.

A Tshwane council meeting, where the capital’s new mayor was expected to be elected, collapsed again on Thursday, raising fears that the provincial government may place the city under administration. The city was expected to vote in the meeting for a new mayor after the resignation of Stevens Mokgalapa. It was also expected to debate and approve budget adjustments. The DA had nominated economic development MMC Randall Williams to replace Mokgalapa. But calls by opposition parties, the ANC and EFF, for speaker Katlego Mathebe to resign from her post led to the collapse of the meeting just a few minutes after it started. This development means the city has no mayor or permanent city manager. Mokgalapa's resignation also means that all members of his mayoral committee will have to vacate office, leaving the city without any executive political leadership, except for the council.

Five properties, allegedly belonging to drug dealers, were set alight in Ocean View, Cape Town, early on Thursday. Residents, some of them members of People Against Gangsterism and Drugs (Pagad), marched through the streets after Emaan Solomons, seven, was killed in gang crossfire on Tuesday. On Sunday, residents marched through the suburb, warning gang bosses to stop what residents said had been a year of ceaseless violence. City of Cape Town fire and rescue services spokesperson Jermain Carelse said the first emergency call was received at 1.25am on Thursday. Police escorted firefighters to the scene of a fire at a home in Apollo Way. While they were fighting his fire another was reported. Reports of three other fires came in shortly after.

More than 1,000 protesters picketed outside the Alice Magistrate’s Court on Thursday, demanding the immediate release of 11 University of Fort Hare students arrested a day ago. The 11 accused, aged between 18 and 29, have been charged with public violence and violation of the National Road Traffic Amendment Act, said Eastern Cape police commissioner Lt-Gen Liziwe Ntshinga. Outside court protesters sang and danced while a strong police contingent looked on. In the same court, an ANC councillor in the Raymond Mhlaba municipality accused of raping a Fort Hare student was applying for bail. The 48-year-old was arrested on Saturday after the alleged rape of a 21-year-old student.

Police have asked for help tracing a 46-year-old woman in the Western Cape who contravened a court order related to an alleged international child abduction case. Michelle Estran failed to report to police in the Winelands town of Wellington in terms of an order issued by the High Court in Cape Town. Police spokesperson Col Andrè Traut said she was likely to be accompanied by a three-year-old boy. “Estran is in breach of a court order in relation to an international child abduction case and a warrant of arrest has been issued for her,” said Traut. Anyone with information is asked to call Col Johan Barkhuizen on 082 777 6380 or Crime Stop on 08600 10111. 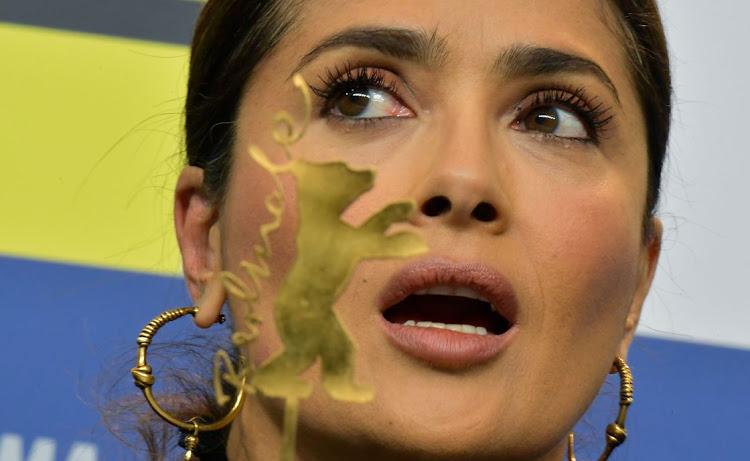 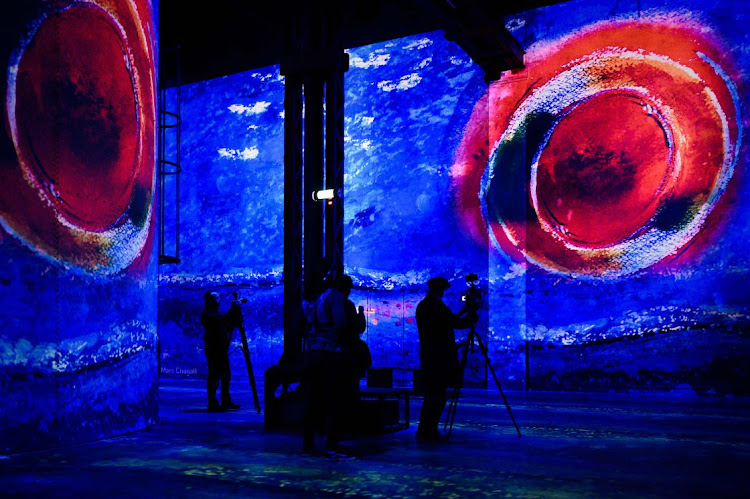 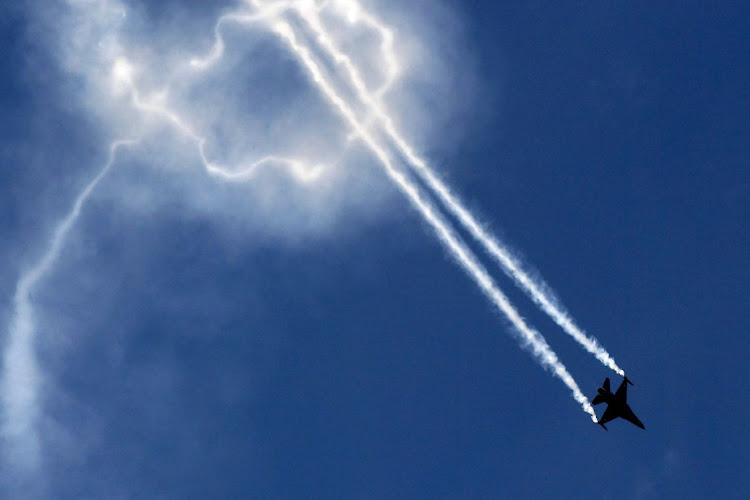 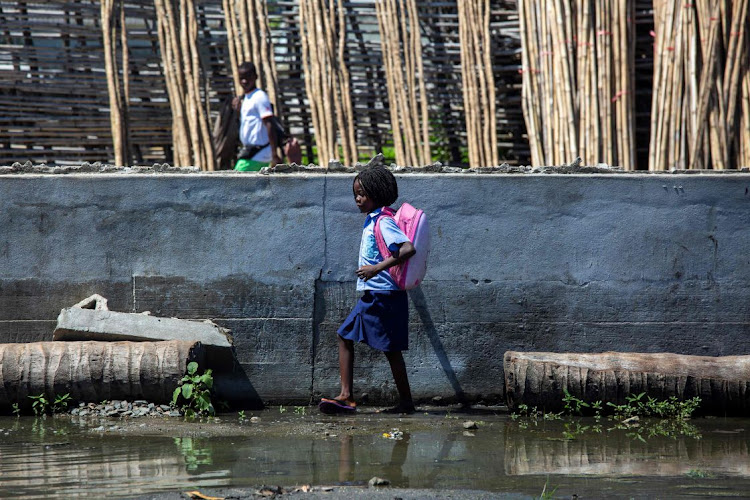 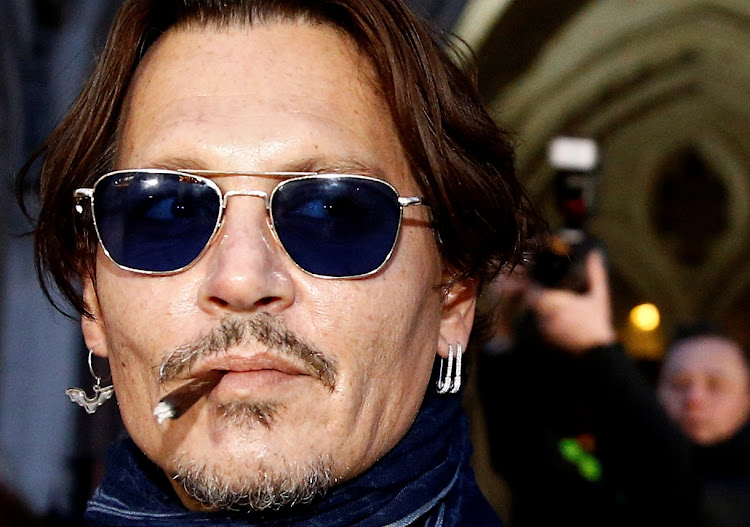 Fuel me once: beware the eco pledges of BP et al - they’ve conned us before

What else would you expect from the man who greenlit the weirdest show ever to hit US network TV?

Keep your pants on! If you’re not cuddling strangers you’re out of touch

I tried one of these parties, and it turns out they’re not a kinky free-for-all but all about connection – and consent

CATASTROPHE A woman wearing a protective mask holds her cat during a protest against corruption in the Iraqi government in Basra.
Image: Hussein Faleh/AFP

Give up tittle-tattle for Lent, Pope tells trolls

Pope Francis has issued a plea for Catholics around the world to give up trolling on social media for Lent, saying believers should observe a fast not just of food but of online insults in order for them to get nearer to God in the run-up to Easter. The pope issued his appeal for more online decorum in an address to 12,000 people in St Peter's Square for his general audience on Ash Wednesday, the start of the 40-day period that leads up to Easter. Lent, he said in remarks that were apparently off the cuff, "is a time to give up useless words, gossip, rumours, tittle-tattle and speak to the Lord on first-name terms".– © Telegraph Media Group Limited (2019)

Hey, Tito, how about this?

The Hong Kong government has unveiled a HK$71bn (R140bn) cash handout programme as the city struggles to stabilise its economy, which has been hit by political protests and coronavirus. Each of the city's 7.5 million permanent residents over the age of 18 will receive HK$10,000, in an effort to support a population "overwhelmed by a heavy atmosphere," said Paul Chan, Hong Kong's financial secretary. "The rapid spread of the novel coronavirus has dealt a severe blow to the economic activities and sentiment in Hong Kong," he said. Other relief measures include tax breaks for individuals and companies, reduced rent for public housing tenants, subsidies for utilities, and low-interest loan rates to businesses.– © Telegraph Media Group Limited (2019)

No skill required for soccer series

Actors auditioning for Julian Fellowes's new period drama about football may have anticipated the need to show at least some flair for the sport. But stars of the series were instead taught to play terribly to match the limited skill of 19th-century athletes, who competed when the game was far from beautiful. Fellowes revealed that his actors for The English Game - which charts the class conflict between Old Etonians and toiling workers that forged the modern sport - were specifically drilled in the dismal style of early sporting heroes, who slogged through matches in their pantaloons.– © Telegraph Media Group Limited (2019)

In 2018, the controversial Russian art project DAU scandalised Germany with its plans to rebuild the Berlin Wall and offer visitors an immersive experience of daily life behind the Iron Curtain. Eighteen months later, DAU has again caused shock and outrage in the German capital with the world premiere of its film DAU: Natasha at the Berlin film festival. Aside from debts, the films are now all that is left of DAU, director Ilya Khrzhanovsky said. Yet the films have proved as scandalous as the rest of the project, with the Golden Bear candidate prompting furious reactions in the Berlin press. In the film, shot over several years, characters live in a mock-up Soviet world. - AFP

Bullied kid says no to Disneyland

An Australian boy with dwarfism whose distress from bullying became a viral video will give hundreds of thousands of dollars in donations to charity rather than go on a trip to Disneyland.The clip of nine-year-old Quaden Bayles showed him crying and repeatedly saying he wanted to die after being bullied at school, sparking an outpouring of support from around the world.The video was watched millions of times and prompted US comedian Brad Williams to start a GoFundMe page that eventually raised almost US$475,000 (R7.2m). Although the funds were meant to send Bayles and his mum to Disneyland, his aunt told Australia's NITV News the money would be used for charities instead. - AFP

Days ahead of the Iowa Caucuses vote, Rhiannon Payne was on the Bumble dating app - not to find a partner but to press her case for her candidate, Elizabeth Warren. Payne, a 28-year-old digital communications consultant, flew from San Francisco with a friend to volunteer for the Warren campaign and the two women came up with the idea while sitting in a hotel room. "I was tired and bored and looking at Bumble, and I saw all these potential voters, all these guys I was swiping through," she said. Payne, promoting herself as a "bad bitch" for Warren, politely deflected several requests for dates, but said most of the men who contacted her were "polite and receptive," and that the experience was positive for the campaign effort. - AFP

No jokes, your right to privacy may be enshrined ...

British American Tobacco is in hale and hearty ...

Shares of the world’s No 2 tobacco company have risen nearly 14% in the past 12 months, despite backlash

‘A Black Lady Sketch Show’: Laugh’s like that, you know

Showmax series is created by, written by, directed by and stars the most talented black women in US comedy

Now living in Portugal, he is attempting to achieve in 10 months what normally takes years of preparation

Blasts from the past: Kallie klaps his first KO on pro debut