Gran’s hellish wait before ‘snatched’ teen is dumped at mall

Over to SIU: investigators set their sights on VUT after fraud claims

Study finds that a 1°C rise in same-day maximum temperature is linked to a 1.5% rise in homicides

Work-life balance: a boon to productivity or an illusion?

TIME TO BLOSSOM A member of Beija-Flor samba school performs during the second night of the Carnival parade at the Sambadrome in Rio de Janeiro.
Image: Reuters/Sergio Moraes

A man jumped to his death while attempting to escape arrest after he and another man were seen tampering with a transformer and tower batteries in Mohokoni village, Limpopo, on Tuesday. The dead man's companion is in hospital after running into bushes while firing shots at police, who retaliated. Two more suspects, who police believe had arrived to collect the stolen goods, were also arrested. “The police received a report from the tower patrollers in the area that there were people tampering with the transformer and tower batteries. They found two suspects dismantling the transformer and had already drained the transmission oil into a 5l container,” said police spokesperson Brig Motlafela Mojapelo.

A 19-year-old woman from eMbalenhle in Mpumalanga is in custody after the remains of a two-year-old girl, believed to be her daughter, were found buried in a shallow grave at her uncle’s home, police said on Wednesday. “According to reports, the remains were discovered by the suspect's 13-year-old nephew in the garden while preparing to plant potatoes [on Friday],” said Brig Leonard Hlathi. The teen “noticed what looked like a human skull and immediately called his uncle, who called the police”. The police's forensic team confirmed they were the remains of a child. Preliminary investigations revealed that the suspect's two-year-old daughter had not been seen by the family since December 2019. The mother later confessed that she killed her daughter and buried her in the backyard, Hlathi said.

Hours after a seven-year-old-girl, Emaan Solomons, was shot dead during crossfire between rival gangs in Ocean View, Cape Town, on Tuesday evening, calls were made for harsher measures to be taken against those convicted of killing children. The sentiment was expressed by the Butterfly JH Foundation on Wednesday after what it described as a ruthless killing. “Emaan did not deserve to die, she's not a statistic,” said the organisation’s founding member, Rev June Major. The foundation, which provides free counselling and prevention services to those affected by domestic violence, sexual assault and child abuse, said the death opened wounds surrounding the murder of eight-year-old Tazne van Wyk.  Van Wyk, who went missing from her Elsies River home almost three weeks ago, was found dead by police last Wednesday night.

The University of KwaZulu-Natal (UKZN) student representative council (SRC) says it's not its place to question or investigate where the money Duduzane Zuma donated to students comes from. This after the public, including the former minister and ANC national executive committee (NEC) member Derek Hanekom, questioned the source of the “undisclosed amount”. Speaking on 702, SRC president Sifiso Simelane said the question was not fair and not assisting the students at all. “Duduzane is a businessman ... to question where his money is coming from is not assisting us,” he said. “Duduzane is doing what the majority of people have failed to do, and that is contributing. We are facing a crisis here ... “

The KwaZulu-Natal office of the public protector is investigating the use of taxpayers' money to rent a car for provincial education MEC Kwazi Mshengu. DA KZN education spokesperson Imran Keeka said on Wednesday that he had met the public protector team and confirmed that the matter was being probed. “As the complainant in this issue, the DA was invited to make further submissions to the PP’s investigating team," said Keeka. "At the heart of the matter is the fact that MEC Mshengu and his department spent almost R500,000 – nearly R100,000 per month - on hiring a luxury BMW X7 over some five months." Public protector spokesperson Oupa Segalwe confirmed that the matter has been under investigation since January.

Justice minister Ronald Lamola on Wednesday tabled a report before parliament to provisionally suspend Pretoria chief magistrate Desmond Nair following two charges of misconduct. The report was tabled in terms of 13(3)(b) of the Magistrates Act, pending the outcome of an investigation into his fitness to hold office as a magistrate. Nair allegedly had R200,000 worth of security installed at his Pretoria home, including an electric fence, CCTV and alarm systems. This is according to Bosasa employee Richard le Roux in testimony before the Zondo commission of inquiry in 2019. 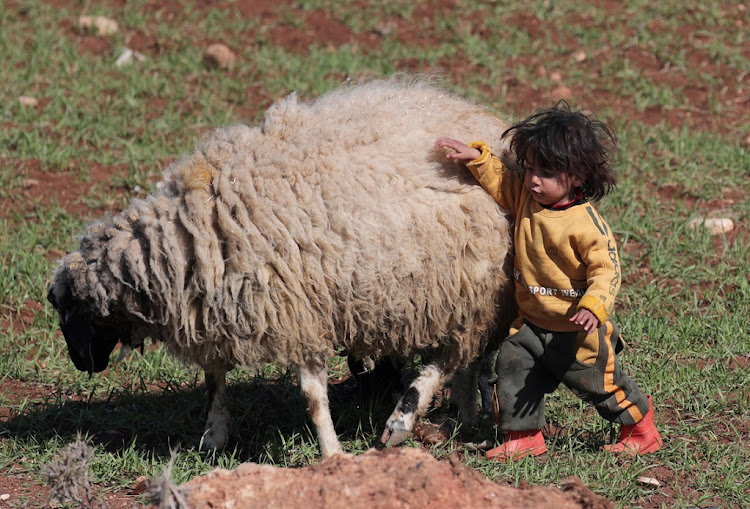 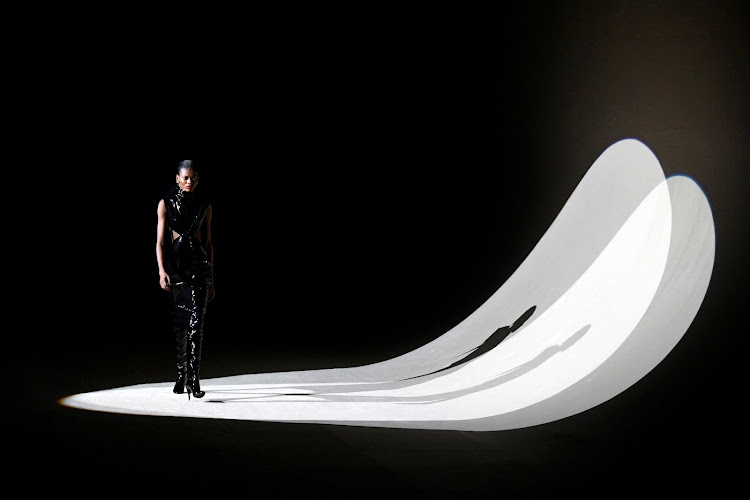 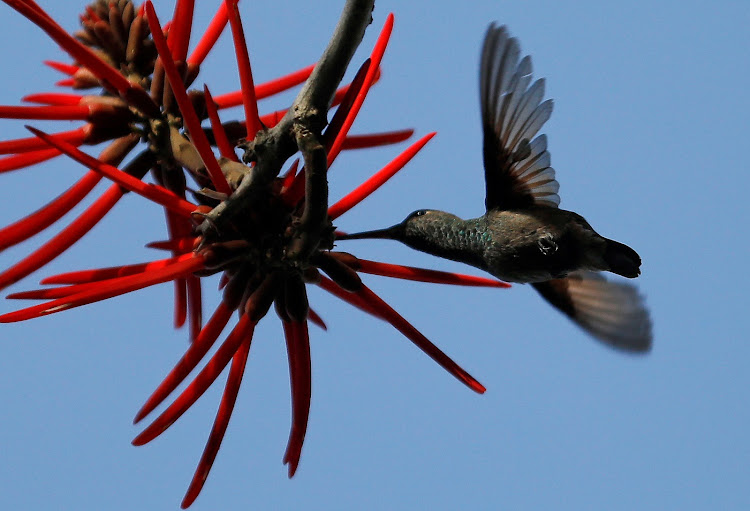 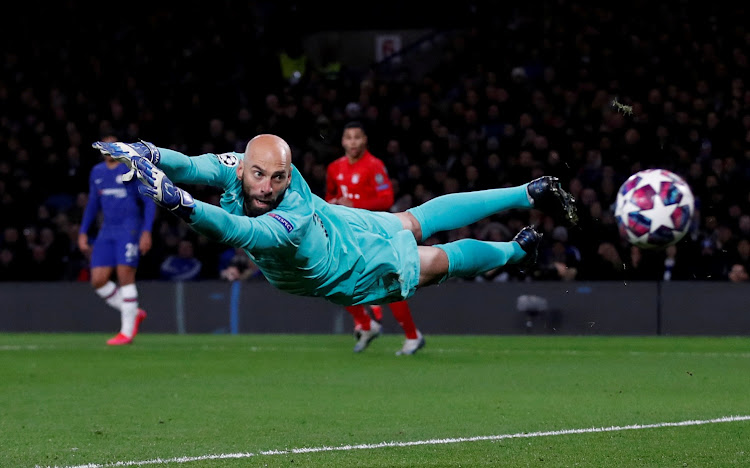 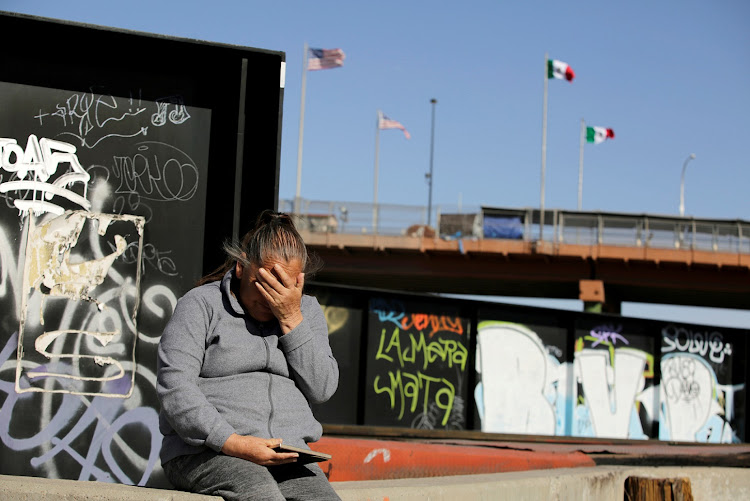 The bridges are burning: why Megxit affects the entire royal family

As Harry and Meghan’s online update appears to contain a dig at Princess Beatrice, we assess the fallout

Final lap of luxury: the team prepping Weinstein for prison

Less is mwah: has Covid-19 stripped down fashion for good?

The end of air kissing, digitalisation of cancelled shows. This is what happened when the cornonavirus hit the runway

You wanna cut off what?! Bugger that, says baboon destined for the ‘snip’

At least he wasn’t planning on Robin anything

A would-be Russian superhero returned to reality with a bump when police pulled him over as he drove a replica Batmobile through Moscow. The vehicle was too wide for the city’s streets and had not been certified as roadworthy. It appeared to be a copy of the Batmobile from ‘Batman v Superman: Dawn of Justice’. A life-size replica of the car from that film had been put up for sale by its owner for 55 million roubles (about R12.7m). — Reuters

Placido Domingo’s been given enough grope

Spain’s culture ministry on Wednesday cancelled opera star Placido Domingo’s participation in an upcoming Madrid show, a day after he accepted ‘full responsibility’ in a sexual harassment scandal. It is the first time that a performance by the 79-year-old has been called off in his native Spain since he was accused by 20 women last year of forcibly kissing, grabbing or fondling them, in incidents dating back to at least the 1980s. — AFP

Hollywood star Johnny Depp made a surprise appearance at England’s High Court on Wednesday for a hearing in his libel case against The Sun newspaper. The ‘Pirates of the Caribbean’ actor is suing the tabloid and its executive editor Dan Wootton over a 2018 article which accused him of abusing former wife Amber Heard. The 55-year-old sat in the court in London wearing a suit and blue-tinted glasses for the pre-trial review hearing. Depp accuses Heard, 33, of being the ‘aggressor’ in the rocky relationship, which ended in 2016. — AFP

A thoroughly Nazi business in Spain

Spain’s foreign minister on Wednesday condemned a carnival parade featuring gun-toting Nazis and lines of dancing Jewish victims. The display, which also featured a parade float designed like a gas chamber, was the second such incident this week after a Belgian town earned a stiff rebuke from the European Commission. Their weekend carnival parade featured floats with anti-Semitic caricatures showing Jews with hooked noses, obsessed with money and dressed up like insects. The Spanish parade was the climax of carnival festivities in Campo de Criptana, a small town near Madrid. — AFP

A French woman has filed a complaint against a baby formula manufacturer after her infant daughter allegedly vomited a parasitic worm the length of an adult index finger. The incident came after another family allegedly found a living larva in a container of the same milk powder brand, Gallia, manufactured by French firm Danone. — AFP

Fair questions for women to ask on February 29

In a leap year, February 29 is traditionally the day women propose marriage to men — but should women use the extra day to ask their bosses, not their partners, for more? With businesses offering women planning to pop the question on Saturday everything from free hotel rooms to gold pizza cufflinks, some women think female employees should use the additional day to become co-owners of the firms where they work. Women earn about half as much as men and equality in the workplace is more than 200 years away, according to the World Economic Forum. — Reuters

Get us out of our foul mood, somebody, and do something

A positive attitude will be our first investment dividend, founded on the prospect of personal prosperity

A commendable effort at diversification, but premium grocery retailing is uncharted territory for Shoprite

Limping Intu the selling zone, and Hammerson’s on the hunt

Cash-strapped Intu is trading at a huge discount  of 93% to net asset value, and its UK properties look juicy

We’ve got a sneaker feeling about this new takkie shop

CEO Nick Herbert tells all about his new Shelflife “shrine” in Joburg, what’s hot and about to drop

Keeping yourself young means taking things up a level beyond Botox. Like using your own urine, if need be

SPORTS DAY: Faf out, Keshav in for Aussie ODI series

With an announcement in Vogue magazine, the 32-year-old has brought her eventful career to an end