How SA billionaire got off the hook for Banksy, investment ‘scams’

Martin Levick allegedly made off with over R700m, but cops say he’s no longer in their crosshairs

Limbs, livelihoods in danger as Compensation Fund stops paying out

Hardly any payouts have been made in six months, leaving 200,000 professionals and patients in limbo

Dudu in even more doo-doo after sheriff serves R1.2m summons

As time runs out, E Cape still hangs on to report on 28 initiation deaths

Three month before the winter season starts, the report on summer fatalities is ‘still being edited’

Harold ‘Jock’ Strachan, who died this month, leaves behind a legacy of anti-apartheid activism

Note from the boss: see this thing? Well, it isn’t there, so just ignore it

Wait! Think twice before eating that kale and quinoa burger

The Mandela Rhodes Foundation confirmed on Tuesday that its founding executive director, Shaun Athol Johnson, died on Monday. "Shaun died of natural causes in the early hours of the morning at his home in Cape Town, at the age of 60," said the foundation. "He leaves his wife Stefania and daughter Luna." A private ceremony will be held for the respected former Rhodes scholar, political journalist, newspaper editor, author and executive. A public memorial service will also be held, details of which will be announced in due course.

The Regulation of Interception of Communications and Provision of Communication-Related Information Act (Rica) violates the right to privacy in a number of areas - and for that reason it is unconstitutional. This was the submission made on Tuesday by lawyers for the amaBhungane Centre for Investigative Journalism and journalist Sam Sole to the Constitutional Court. They seek to confirm orders made by the high court in Pretoria in September 2019. The high court declared that Rica was unconstitutional to the extent that it failed to contain adequate safeguards to protect the rights to privacy, access to courts, freedom of expression and the media, and legal privilege.

The National Prosecuting Authority (NPA) has confirmed that a former Drakensberg Boys’ Choir School pupil will stand trial for rape in April.  On Monday, news broke that, in 2018, a then 13-year-old boy was allegedly raped at the school by another pupil, who was 14 at the time. According to a report by eNCA, the matter was handled internally, with a school disciplinary hearing finding that the sexual act was consensual. However, the NPA disagreed. “We confirm that the decision was to prosecute in the matter,” NPA KwaZulu-Natal spokesperson Natasha Kara said.

Seconds before crashing into a Garden Route mountain, a Civil Aviation Authority (CAA) aircraft went into a mysterious dive, a preliminary accident report reveals. The flight inspection aircraft, with three people aboard, lost 1,500ft in nine seconds, according to the flight data recorder. Three seconds before it hit a mountainside near Friemersheim at 530km/h, the nose of the 33-year-old Cessna pitched up, but it was too late to avoid disaster. The three crew members were killed on impact, wreckage was scattered over a 270m radius, and the crash set mountain vegetation on fire.

The National Council of SPCAs (NSPCA) has approached the Makhanda (formerly Grahamstown) High Court seeking an interdict to halt the export of about 70,000 live sheep to Kuwait by ship. The case will be heard on Friday and follows the previous discovery of live sheep being shipped to the Middle East, allegedly under “horrendous” conditions. The NSPCA said on Tuesday it had also discovered that other exporters wished to export live cattle by sea to Cambodia. It said it had recently been made aware that the sheep were mounting in the feedlot owned by the Page Farming Trust and leased by Al Mawashi in Berlin, Eastern Cape. The council said AfriForum had agreed to represent it in court on Friday.

The department of correctional services has expressed frustration about a viral video doing the rounds on social media, purportedly showing a group of awaiting-trial prisoners having a pleasant time behind bars. Spokesperson Singabakho Nxumalo dismissed the video as old, but assured the public the matter had been attended to. “It’s an old video. This incident happened in 2018 at Goodwood correctional [centre]. It was investigated and inmates were charged. A search operation was conducted and a number of mobile phones were confiscated,” Nxumalo said. “Access points have since been tightened up.” The video, posted this week by anti-crime activist Yusuf Abramjee, was allegedly shot by an inmate using a cellphone. It showed a group of inmates in their cells with loud music blasting. The inmates are seen preparing drugs and openly smoking them among other inmates. 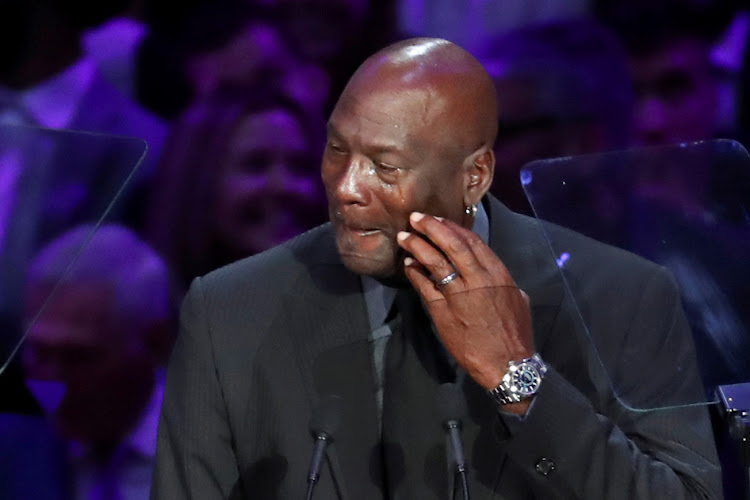 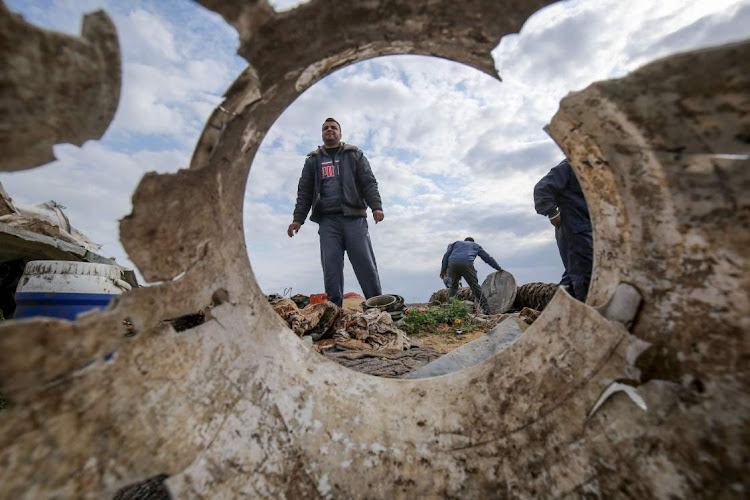 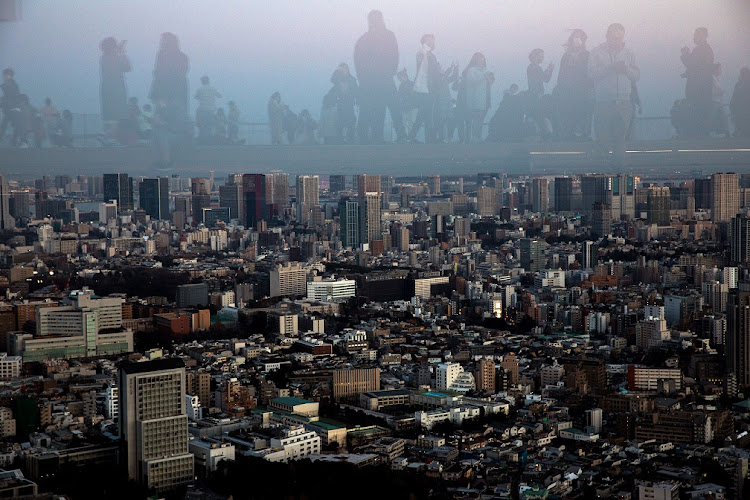 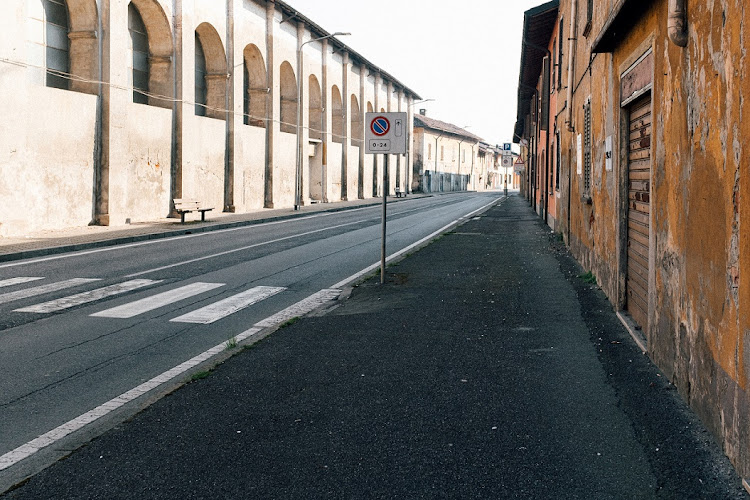 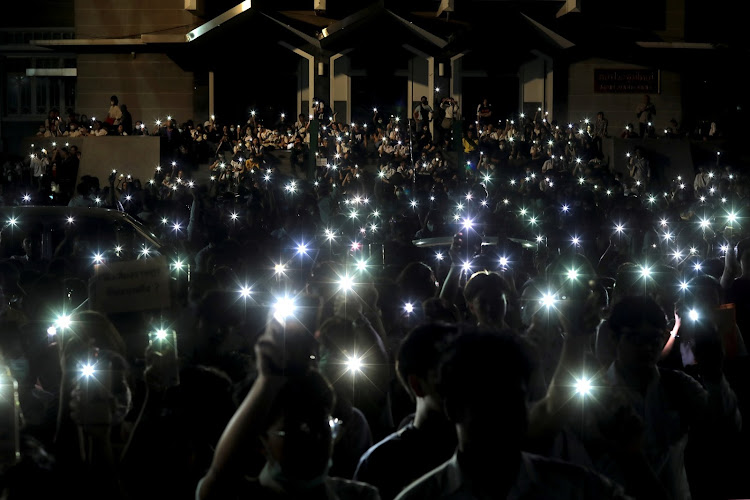 How MeToo monster Harvey Weinstein was finally taken down

Like a plot from one of his films, the sleazy producer’s humiliating fall is the case that defined an era

Battery waste puts the brakes on the electric transport revolution

Shift to e-cars is inevitable, but their green cred is marred by the problem of how to get rid of their old batteries

Naomi Seibt, 19, a German climate change sceptic, will speak this week at a Republican convention in the US

Because of their lower costs and greater flexibility, the use of drones as satellites is on the cards

UNREAL Revellers enact a crime on a bus during the first night of the Carnival parade at the Sambadrome in Rio de Janeiro.
Image: Reuters/Pilar Olivares

Iran’s deputy health minister has tested positive for the new coronavirus. Iraj Harirchi coughed occasionally and appeared to be sweating during a press conference in Tehran the day before. At the time he denied a lawmaker’s claim that 50 people had died from the virus in Qom, saying he would resign if the number proved to be true. In a video broadcast on state television, the deputy minister put on a brave face as he admitted he was infected. – AFP

A baboon scheduled to undergo a vasectomy in Australia made a dash for freedom along with his ‘two wives’, leaving the trio running amok on the streets of the country’s biggest city. Animal wranglers and police were called after the trio escaped from a truck en route to a Sydney hospital in the evening rush hour as bemused locals looked on in a suburb. – AFP

Flood may wash away history in ancient town

Every day hundreds of people gather on the banks of the Tigris river in Turkey to watch a 12,000-year-old town disappearing before their eyes. Rising water levels from the giant Ilisu Dam further downstream are slowly submerging the town of Hasankeyf and flooding an area that was settled by humans for millennia. The dam, approved in 1997 to generate electricity, will uproot nearly 80,000 people from 199 villages. – Reuters

A vault in the Arctic built to preserve seeds for rice, wheat and other food staples will contain one million varieties with the addition of specimens grown by Cherokee Indians and the estate of Britain’s Prince Charles. The Svalbard Global Seed Vault, built in 2008, was designed as a storage facility to protect vital crop seeds against the worst cataclysms of nuclear war or disease and safeguard global food supplies. – Reuters

Israeli PM Benjamin Netanyahu has pledged to build 3,500 new settler homes in a super-sensitive area of the occupied West Bank. Netanyahu’s controversial statement is the latest in a string of election promises on settlement construction as the premier faces not only a general election but the beginning of a corruption trial. – AFP

A Wall Street Journal reporter will remain in Wuhan, China, despite being ordered to leave the country. Three journalists had their press credentials revoked and were told to depart China last week over what Beijing said was a racist headline in WSJ’s opinion pages, which none of the trio were involved in writing. Two flew out on Monday, but the third – US national Chao Deng – has been reporting from Wuhah. – AFP

OneLogix: At a 56% discount, it’s well priced for an upswing

The flavour of Malaysia that Durbanites are going gaga for

Everybody’s talking about 45 on Eat Street in Ballito

Hotels in 2030: No landlines, shampoo or light switches

Or Bibles, instant coffee, keys and baths ... you simply won’t find them in hotel rooms 10 years from now

Going green on the big blue

Hollywood lights up to celebrate the life of Kobe Bryant

Among the mourners in LA were Beyoncé, Jennifer Lopez, Queen Latifah, Spike Lee, and Alicia Keys

Blasts from the past: World Cup debut win for SA in 1992