The Zuma flunkeys are bleeding out – so why is Cyril not acting?

The faction that may have blocked Ramaphosa’s reforms is scared and vulnerable, but new threats loom

Judge Hlophe’s rival: This is why I was a no-show at hearing

Patricia Goliath says she did not need to attend, while her opponent was there in full force, for seven hours

Desperate to escape your timeshare nightmare? Here’s how

Christo Thurston is using his viral online presence to build people up, not break them down

Tourism body takes itself to court, told it’s as pointless as it sounds

Court rules authority had no reason to take board’s decisions on review,  particularly as they were never implemented

Reference letters ‘catapult job seekers to front of the queue’

They wrote it this week: How it felt to be a Jew facing the most evil Nazi

The economy is not what scares Paul Krugman about a second Trump term. It’s what will happen to US democracy

Shamed to death: these stars have run the gauntlet of public pain

As Caroline Flack’s Instagram post reveals the truth of her breakdown, we look at how other celebs have coped

A HAPPY AND MARITIME A man works on the final preparations at the Sambadrome for the upcoming carnival parade in Rio de Janeiro.
Image: Reuters/Ricardo Moraes

A woman has survived a terrifying ordeal after three armed men broke into her home and forced her do a money transaction before threatening to rape and kill her on Saturday evening. The incident occurred on her farm in Rosemead, just outside Bloemfontein. Mimie Jacobs, recipient of the Free State Female Farmer of the Year Award from the department of agriculture in 2016, was in hospital on Sunday. Jacobs is also a former president of the Free State Chamber of Commerce and Industry. The farmhouse floors were covered in blood after she was stabbed in the head by her attackers. Part of the knife snapped off, remaining embedded in her skull.

People who recently bought canned Pilchards in Tomato Sauce in 400g tins under the Shoprite, Checkers and OK house brands have been urged to return them for a refund. West Point Processors, which supplies the house brand products, announced a recall on Saturday, citing a “canning deficiency” that may make the product “unfit for human consumption”. The company said: “The recall is only related to the 400g Pilchards in Tomato Sauce products which have the specific batch codes starting with ZST2 and ZSC2.”

One dead in KZN flash floods

Three vehicles were swept off a bridge by flash floods, claiming the life of a 28-year-old woman while others managed to escape to higher ground on the KwaZulu-Natal North Coast on Saturday evening. Heavy rain caused flooding in the Nonoti and Kwadakuza areas. IPSS Medical Rescue were alerted to vehicles being washed off a low lying bridge in the Nonoti area, setting in motion a rescue operation. SAPS K9 search and rescue and the National Sea Rescue Institute were also notified.

A Western Cape activist's powerful video poem accusing President Cyril Ramaphosa of being oblivious to gender-based violence in SA has gone viral. Veronique Jephtas – a 23-year-old Paarl poet and writer – took to Facebook on Thursday after eight-year-old Tazne van Wyk's body was found in a stormwater drain pipe in Worcester, to post her two-minute video poem titled, “The apology we never got”. Moehydien Pangaker, 54, has been charged with the kidnapping and murder of Tazne, who went missing two weeks ago. The child’s death has sparked widespread grief, anger and outrage.

Former president Jacob Zuma reiterated on Saturday that he was not afraid of going to jail. He briefly addressed a crowd at OR Tambo International Airport in Johannesburg after returning home from a trip to Cuba where, he explained, he had received medical treatment. Zuma wore dark sunglasses as he was greeted by the throng, some carrying banners and placards. “Zuma the Mkhonto Wesizwe Commender,” read one of them. He explained that he was wearing dark glasses because there was something wrong with his eyes. He had received treatment abroad for the condition, he added.

A 30-year-old man who was stabbed to death in Alice in the early hours of Saturday has been identified as a University of Fort Hare student. This means two UFH students have died in the past two weeks, reports DispatchLIVE. At least 10 UFH students died in 2019. The student was a witness in the murder of another University of Fort Hare student, Yonela Boli, who was also stabbed to death on February 8. The student died at Victoria Hospital in Alice. 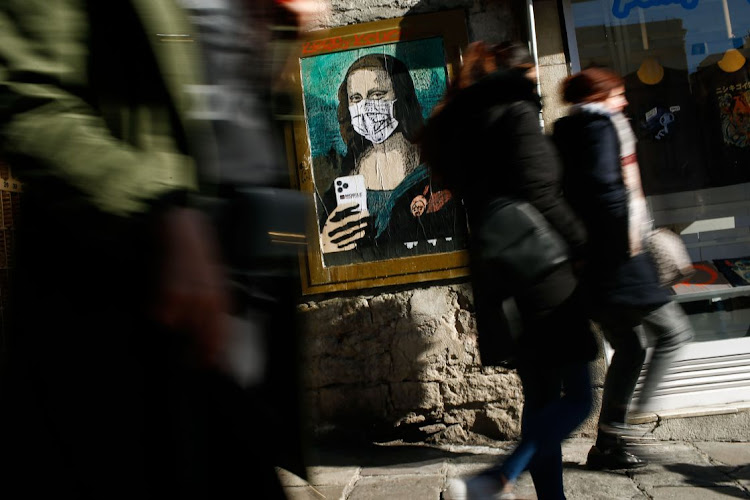 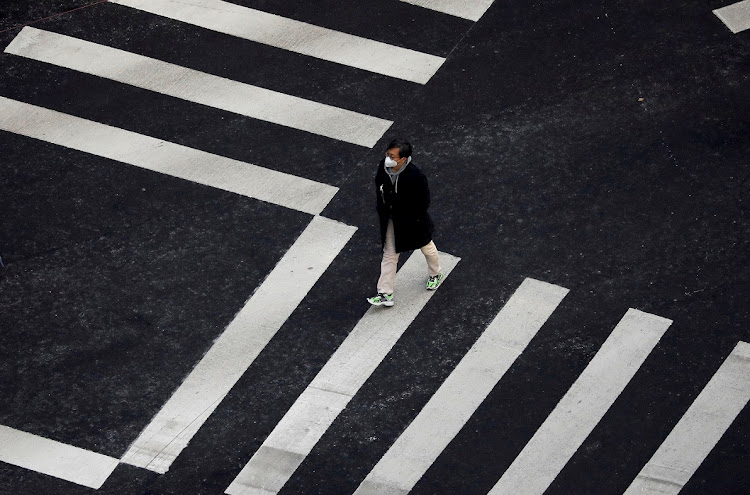 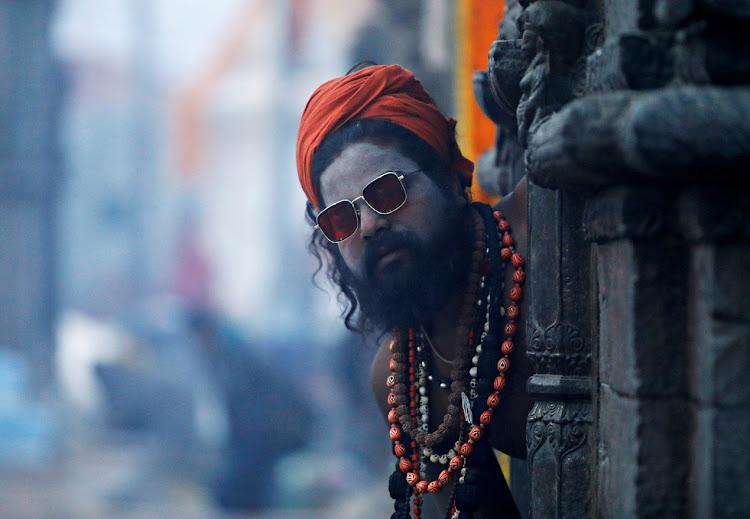 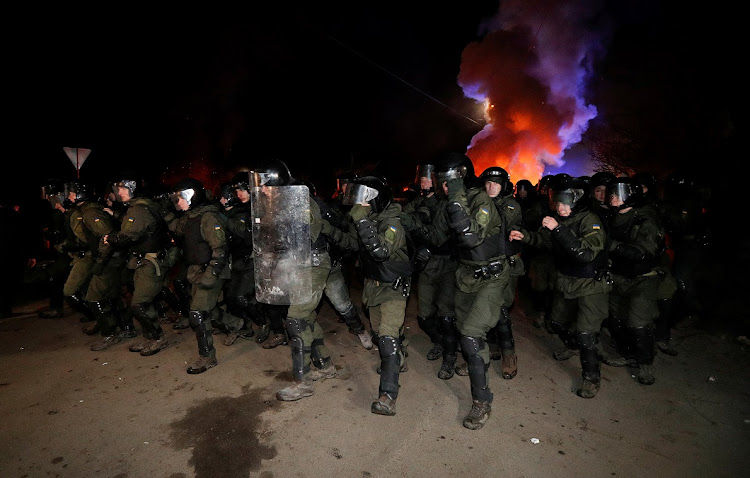 Their latest tirade, with thinly veiled barbs, reveals they’re less than happy with the ‘divorce’ arrangements

The choke’s on us: the carbon offsetting ‘Wild West’ revealed

People trying to offset emissions risk being ripped off in an unregulated carbon market, an investigation finds

Let us spray: this is the ‘cult-like’ church where the coronavirus spiked

Time to cry: meet the little robot boy who can ‘feel’ pain

As a machine learns to wince, we're closer to a ‘Blade Runner’ future where androids are indistinguishable from humans

IN BETWEEN A Hindu devotee walks along the premises of a temple a day ahead of the Shivaratri festival in Kathmandu, Nepal.
Image: Reuters/Navesh Chitrakar

The UK is preparing to reimpose sanctions on the wife of Robert Mugabe at the end of the year after the government disagreed with an EU decision to ease restrictions on her finances. The UK suspended an order freezing assets of Grace Mugabe following an EU decision last week. The UK exited the EU at the end of January but is required to follow the bloc’s sanctions decisions until the transition period expires at the end of the year, but the threat to reinstate restrictions on Grace Mugabe is the clearest indication yet that the UK could change its approach to dealing with human rights abuses when the Brexit transition period ends on December 31. – Telegraph Media Group Limited (2020)

Airline boss hits back at flight-shamers

The boss of the world’s biggest airline has attacked climate change campaigners, insisting the burgeoning “flight-shaming” movement is “not helping the environment”. American Airlines boss Doug Parker says the industry must focus on developing cleaner fuels to address its carbon footprint. “In the near-term, I think the best thing we can all do is make sure that we have the most efficient aircraft we possibly can,” he said. “Longer term, though, that’s not sufficient. We need to work on synthetic fuels, fuels that don’t produce carbon.” – Telegraph Media Group Limited (2020)

Pope comes out as anti-Trump

Pope Francis on Sunday warned against “inequitable solutions” to the Israeli-Palestinian conflict, saying they would only be a prelude to new crises, in an apparent reference to Donald Trump’s Middle East peace proposal. It was believed to be the first time the pope, who has often defended both Palestinian rights and Israel’s need for security, has spoken in public about the Israeli-Palestinian conflict since Trump announced the plan on January 28. – Reuters

Japan on Sunday confirmed the first case of a former Japanese passenger of a coronavirus-stricken cruise ship testing positive for the disease after initially receiving a clean bill of health. More than 20 foreigners evacuated from the ship have also tested positive after returning home. The cases raise questions about the effectiveness of the quarantine on board the ship and fears for the nearly 1,000 former passengers allowed to move freely around Japan. Further fuelling criticism of the Japanese government measures, health minister Katsunobu Kato was forced to apologise after it emerged that 23 passengers were released without even being tested during the quarantine for the virus. – AFP

The UK’s Historic Royal Palaces charity has uncovered queer and transgender stories in its archives for a series of LGBT events as its curator suggests tales of homosexual relationships are more acceptable than Henry VIII’s “extreme heterosexuality”. The charity, which looks after the Tower of London, Hampton Court, and Kensington Palace, is marking LGBT History Month with tours about royals and courtiers’ same-sex relationships and “drag queen story time”. “If you can talk about Henry VIII and his relationships, why not talk about romantic relationships between people of the same sex?’’ said curator Matthew Storey. – Telegraph Media Group Limited (2020)

‘Friends’ with benefits as cast reunites

The cast of the US sitcom “Friends” will each earn nearly $2.5m when they appear in a one-off reunion show, it has emerged. The six main cast members have signed a new deal to appear in a single episode to be shown 16 years after the final series ended. It is understood Jennifer Aniston, Courteney Cox, Lisa Kudrow, Matt LeBlanc, Matthew Perry and David Schwimmer will each receive between $2.25-$2.5mm. The sitcom, which ended in 2004, has experienced a surge in popularity recently among younger viewers who have discovered it through Netflix. – Telegraph Media Group Limited (2020)

Grist for the mills: Umhlanga to get more homes after Tongaat sale

Prue Leith takes a tasty trip into the world of vegetables

‘Most serious cooks love vegetables. I’m not vegan, I’m not even a veggie but I like the drift,’ says famed chef

Hemp is the answer to the planet’s problems. That is zol

The Irishman was always in control as he dropped Wilder three times, handing him his first defeat

Blasts from the past: Two-ton Adam Gilchrist humiliates SA