Hate isn’t up for debate: Cyril lays down law on apartheid, gender crimes

Can we bank on boy wizard Tito to prevail against the forces of evil?

This is our very own gripping fantasy blockbuster. Let’s hope his time at the Hogwash School wasn’t in vain

Hlophe saga is ‘a cloud’ over the judiciary

These cases are but two among the many negligence and malpractice claims, which total nearly R100bn

Why women the world over think bigger is breast

For a penniless pal I offer the Hallelujah moment ...

Waiters are has-beans when they get a double shot ...

RISING ABOVE IT Fog covers the base of the Kuwait Towers in Kuwait City.
Image: Yasser Al-Zayyat/AFP

The Democratic Alliance on Thursday welcomed a report indicating that former head of intelligence Mo Shaik has resigned as a special advisor to minister Lindiwe Sisulu. BusinessLIVE reported that, in a letter it had seen, Sisulu, the human settlements, water and sanitation minister, had informed public service and administration minister Senzo Mchunu that Shaik had resigned from the post, and that she will be appointing someone else in his place. The publication reported that Shaik said the controversy surrounding his appointment has had a negative impact on his livelihood and reputation. The DA on Thursday took credit for his resignation, saying it was because of the pressure it had put on.

The Gauteng department of education has made a U-turn and postponed the release of the much-anticipated forensic report on the investigation into the death of Enock Mpianzi. MEC Panyaza Lesufi made the announcement Thursday afternoon, two hours before the scheduled release. “Indeed, after a consultation with the Mpianzi family, we find it to be insensitive to release the report without their blessings. Subsequent to our meeting today, we all agreed that the next session will be held on February 27 2020,” said Lesufi. TimesLIVE earlier reported that the family had not yet been consulted and had sent a query to the department which had not been responded to. The Parktown Boys' High School Grade 8 pupil drowned during a school camp in Brits in January.

Police officers put their crimefighting duties aside to help deliver a baby at the Folweni police station, south of Durban, on Wednesday. Police spokesperson Capt Nqobile Gwala said a woman arrived at the station at about 7am, already in labour. “She urgently requested an ambulance. She had started her labour and needed help.” Gwala said five police officers organised equipment for the birth, including scissors, gloves, a bottle for the woman to blow into, and warm water. “The mother could not wait for the arrival of the ambulance and suddenly delivered the baby, with the assistance of Folweni SAPS.” A former midwife, who lives next to the police station, was roped in to help. The healthy mom and baby boy were taken to the nearby Prince Mshiyeni Hospital,” said Gwala.

SA is one of three African countries at greatest risk of importing coronavirus from China, according to a modelling study published on Wednesday in The Lancet. The other countries are Algeria and Egypt. Egypt confirmed the first coronavirus case on the continent last Friday. China is Africa’s biggest commercial partner and there is significant travel between the nation and the continent, said the authors of the paper. They estimated the risk of African countries’ capacity to detect and respond to cases based on two WHO indicators: preparedness and vulnerability. Overall, the risk of imported cases of COVID-19 reaching Africa (1%) is lower than that of Europe (11%) because of reduced travel to and from China.

R10k reward for arrest of student

A political and social commentator has offered a reward of R10,000 for the arrest of a University of KwaZulu-Natal student who was caught on camera assaulting an emeritus professor during a protest on Wednesday. Two separate videos of the incident, filmed discreetly from different angles in the P Block residence, show Prof Erwin Brüning, 77, a German maths researcher, being manhandled as he approaches one of the three blockades set up by protesting students on the Westville campus. UKZN confirmed the incident. The footage prompted former alumnus Kiru Naidoo to offer the reward for information that may lead to an arrest.

Mbhazima Shilowa says the department of transport turned down his request to integrate Metrorail into the Gautrain during his tenure as Gauteng premier. Shilowa revealed this in a thread on Twitter after the Competition Commission on Wednesday released its two-part provisional report into the country’s public passenger transport market, e-hailing and metered taxi services. “They’ve opened an important matter for debate. The project though was less a transport system and more an economic project, revamping and creating new economic modes while dealing with congestion on the roads. DOT turned down our request in 2000 to take over Metrorail,” Shilowa said. He said the middle class deserved as much public transport to new areas as the broader working class. 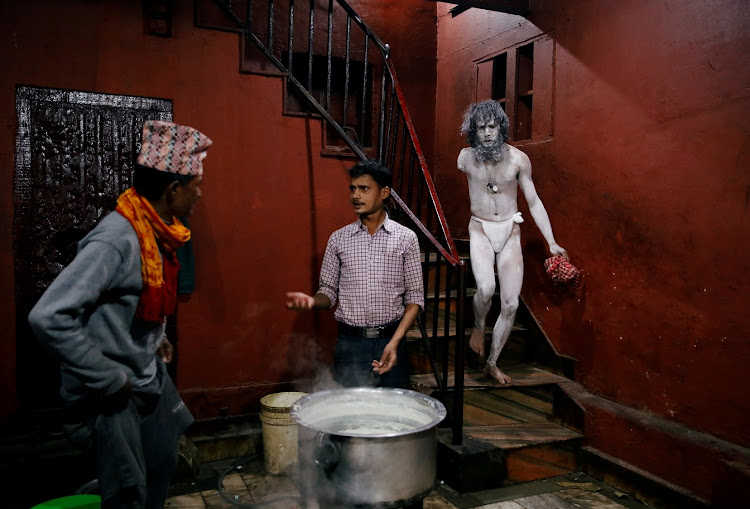 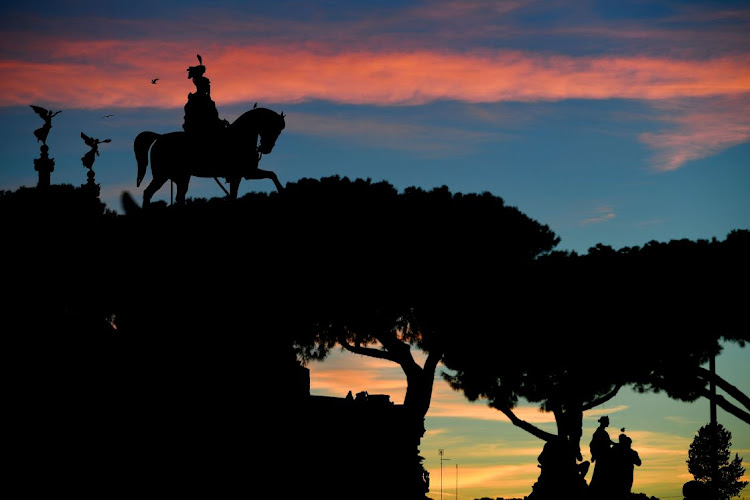 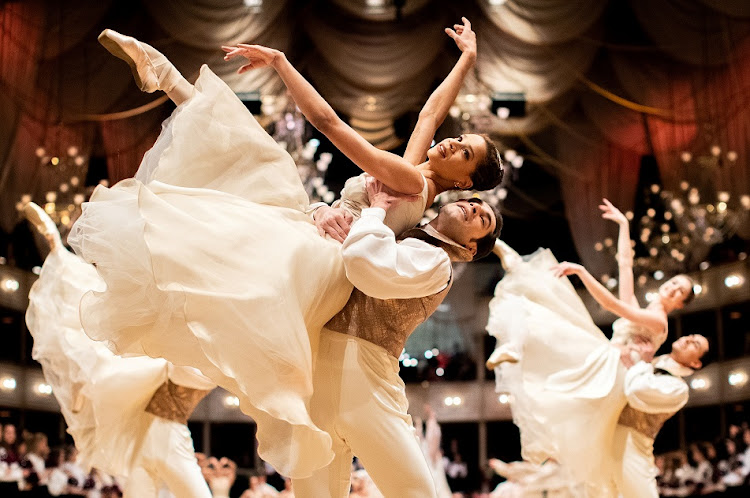 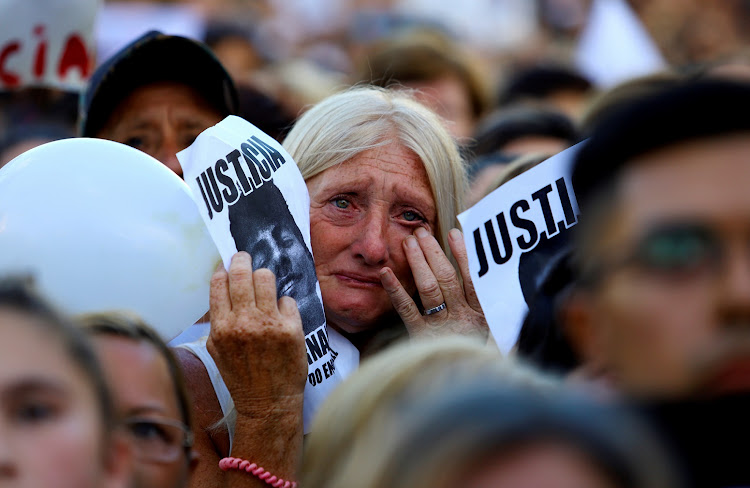 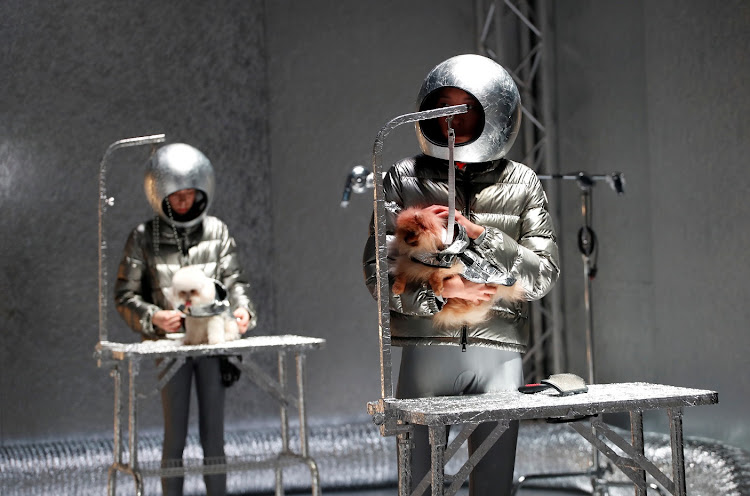 BLOOMBERG SEASON A supporter of presidential candidate Michael Bloomberg watches as the Democrat takes part in the presidential debate from his campaign office in New York City.
Image: Reuters/Caithlin Ochs

Putin is no mug to curio sellers

Under the onion domes of its Orthodox churches or in front of its imperial facades, one face peers out at tourists strolling past the rows of Saint Petersburg's souvenir stalls. Twenty years after he came to power, President Vladimir Putin is omnipresent, not only across the airwaves of Russia's media but also on the magnets, mugs and matryoshka dolls throughout his hometown. Whether it is commander-in-chief Putin looking through binoculars or mocked-up shirtless Putin riding a bear, the Russian president is on sale everywhere. - AFP

A fugitive Malaysian financier wanted over a huge graft scandal has been spotted in the city at the centre of the coronavirus outbreak, police said, although it was unclear if he had left before Chinese authorities imposed a lockdown. Low Taek Jho - commonly known as Jho Low - is accused of playing a major role in plundering billions of dollars from sovereign wealth fund 1Malaysia Development Berhad. Looted money was used to buy everything from a superyacht to art, in a fraud that allegedly involved former leader Najib Razak and contributed to his government's downfall in 2018. Low has long been on the run and is often rumoured to be in China. - AFP

Silicon Valley is mourning a pioneering computer scientist whose accomplishments included inventing the widely relied on "cut, copy and paste" command. Bronx-born Lawrence "Larry" Tesler died this week at 74, according to Xerox, where he spent part of his career. "The inventor of cut/copy & paste, find & replace, and more was former Xerox researcher Larry Tesler," the company tweeted. A graduate of Stanford University, Tesler specialised in human-computer interaction, employing his skills at Amazon, Apple, Yahoo, and the Xerox Palo Alto Research Center. - AFP

On a plain suburban street in Seychelles, far from the idyllic coastline and luxury resorts pampering honeymooners and paradise-seekers, heroin addicts queue anxiously for their daily dose of methadone. It is a scene few outsiders would associate with the tropical nirvana adrift in the Indian Ocean. But life for many Seychellois is far from picture perfect: the tiny archipelago nation is battling what officials say are the world's highest rates of heroin addiction. Nearly 5,000 people are hooked, government figures show, equivalent to nearly 10% of the national workforce. - AFP

Lest the Taj get up Trump’s nose

US President Donald Trump vowed to "drain the swamp" of lobbyists and elites in Washington DC. Now, one Indian city is racing to clean up a stagnant river as he prepares to visit. Trump arrives in India on February 24 on a maiden two-day trip. He plans to visit the city of Ahmedabad and the capital New Delhi, as well as Agra, home of the Taj Mahal. In the city, authorities are on a clean-up drive, including the polluted waters of the Yamuna river, that backs on to the monument. Government officer Jal Singh Meena said an additional 17 million litres of water are being released from three locks “to remove the foul smell”. - Reuters

China is revoking the press credentials of three journalists for The Wall Street Journal (WSJ), the biggest expulsion of foreign media from the country in three decades. The Chinese government criticised the newspaper for declining to apologise for an opinion piece published this month with the headline, "China is the real sick man of Asia". The Chinese government said it does not welcome "racially discriminatory language" from the media. Josh Chin, the WSJ's deputy Beijing bureau chief, as well as reporters Chao Deng and Philip Wen have been given five days to leave the country. – © Telegraph Media Group Limited (2019)

City Lodge hopes for some relief from Mboweni’s speech

The antiretroviral tender kicked in on July 1, but orders have been slow from provincial health departments

Candidate Bloomberg mulls the cost of selling his business

With an enterprise value of $50bn, the blockbuster deal would come with all sorts of conflicts of interest

Happy to say Les Misérables hums along without ...

Blasts from the past: Budler keeps two belts in ...