Protest season has hit the varsity, this time over students who haven’t been able to register due to debt

Poor taxis! They’re being schnaaied by the state, says report

Despite taxis carrying the load, the government spends the most on buses and trains, says Competition Commission

She let her child be tortured to death, yet mom walks free. Why?

All at sea: why SA sticks with onshore wind farms 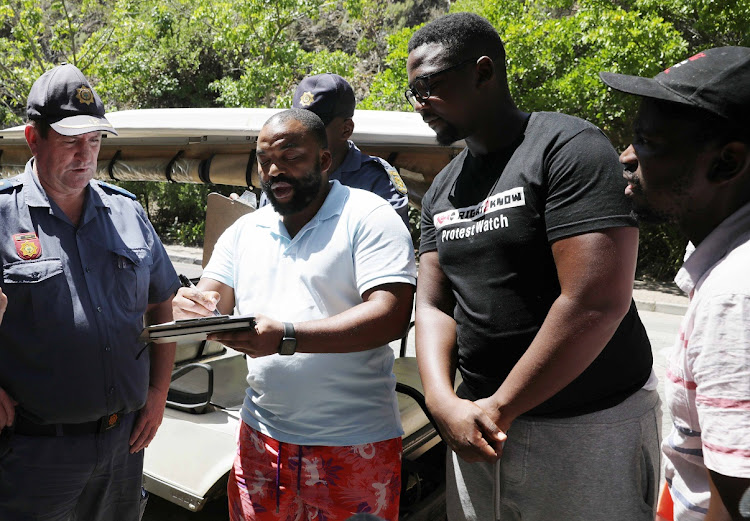 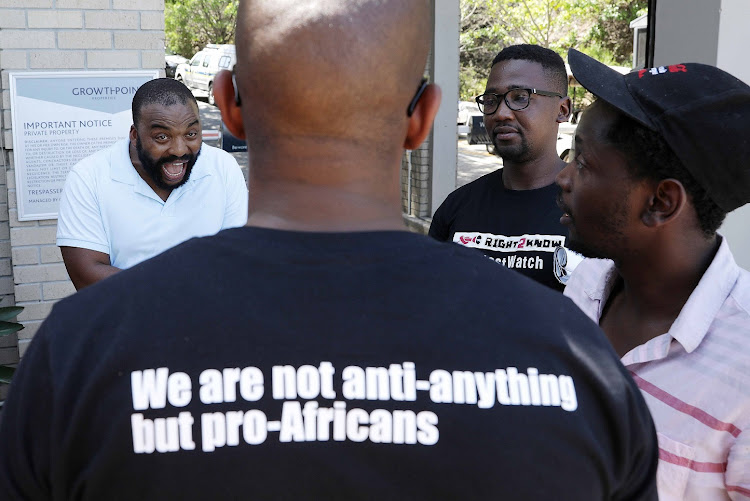 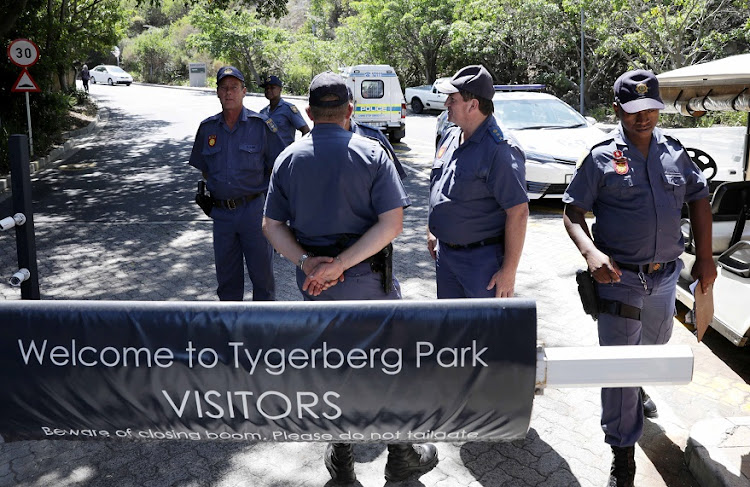 SAA can be rescued, says Gordhan

SAA can be rescued, say public enterprises minister Pravin Gordhan and the business rescue practitioners appointed to rescue the ailing airline. Gordhan told MPs the business rescue practitioners had reached a view of whether the business is "rescuable" or not. “In this instance, the practitioners, after doing their assessment, came to a view that this is rescuable. But it is rescuable not as it exists at the moment,” he said. Responding to MPs who asked about getting an equity partner for SAA or selling the company, Gordhan said: “Nobody is going to offer you anything for SAA right now. Some of you talked about selling SAA - you can sell it for R1. You would probably have to pay people to take SAA as it stands right now. That's the honest truth.”

A 22-year-old male University of Fort Hare student has been arrested for the murder of 20-year-old female Unisa student, Mbasa Hlalukana. Her body was discovered on Tuesday at a house in NU 8, Mdantsane, according to the Eastern Cape provincial police’s Brig Thembinkosi Kinana. The suspect would appear in the Mdantsane Magistrate's Court soon. Kinana said: “The circumstances surrounding the incident are under investigation ... The suspect is due to appear … on a charge of murder.”

A teacher survived being shot at more than 30 times outside his school gates in Nkandla, KwaZulu-Natal, on Wednesday. It is understood the teacher came under attack from a group of men about 500m from the entrance to Ngwekazi High School. He suffered injuries to his hands and legs after 31 shots were fired at him while he was driving his bakkie. The KZN education department has called on witnesses for information that may help them arrest the attackers. The teacher is in a local hospital. Police are investigating a case of attempted murder.

No coronavirus cases in SA after 90 tests

While the death toll from the coronavirus in China climbed to more than 2,000 on Wednesday, the National Institute for Communicable Diseases (NICD) said there had still been no confirmed cases in SA. “As of February 18, 87 people have tested for COVID-19, of which 49 meet the case definition for a COVID-19 person under investigation, and all results have come back negative. We can assure South Africans that the country has not had a confirmed case of COVID-19,” said the institute. It urged people in SA to “continue practising hand hygiene and cough etiquette”, recommending that they avoid close contact with people suffering from acute respiratory infections, wash hands frequently, especially after direct contact with ill people or their environment, and avoid markets where live animals are sold.

Police have arrested a 30-year-old man for the brutal murder of a Durban pensioner who was strangled in her home on Tuesday. The man was a former employee of Jinsee Ram, 72, a devotee of the Hare Krishna religious sect who adopted the name Dukhi Radha Dasi. She died in the prayer room of her Chatsworth home after a home invasion on Tuesday morning. Her daughter Raksha, 44, was severely assaulted. Police spokesperson Brig Jay Naicker said the man was arrested in Greyville, Durban. “It is alleged that the suspect was previously employed by [Dasi] to conduct maintenance on her property.”

Three protesters gathered outside the FW de Klerk Foundation in Cape Town on Wednesday, demanding that the last apartheid president “apologise for killing our people”. Standing at the gates of a Plattekloof business park which houses the foundation's headquarters, the three organisers of the Black People's National Crisis Committee demanded to meet De Klerk to discuss his remark that apartheid was not a crime against humanity. Songezo Mazizi, the convenor of Wednesday’s #DeKlerkMustFall protest, said demonstrators hoped to hand over a memorandum to foundation officials, but this did not materialise. Asked what they would have told De Klerk, Maxwele said they would have asked him to disclose the details of all the operations the apartheid security forces carried out against people involved in the struggle. They said they would be back in seven days. 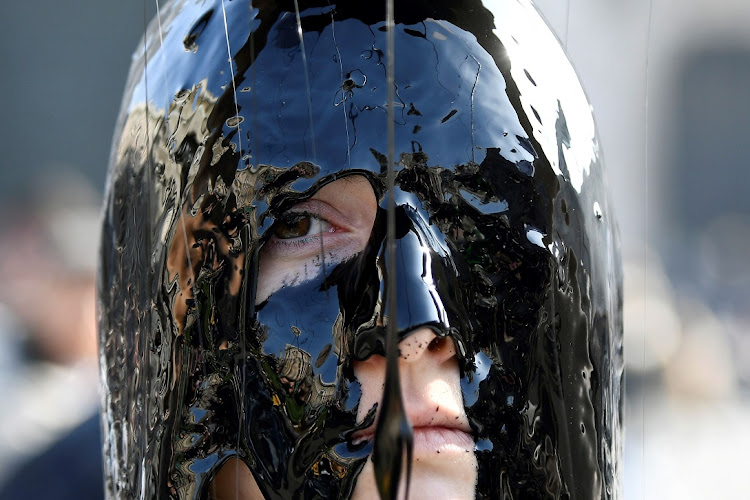 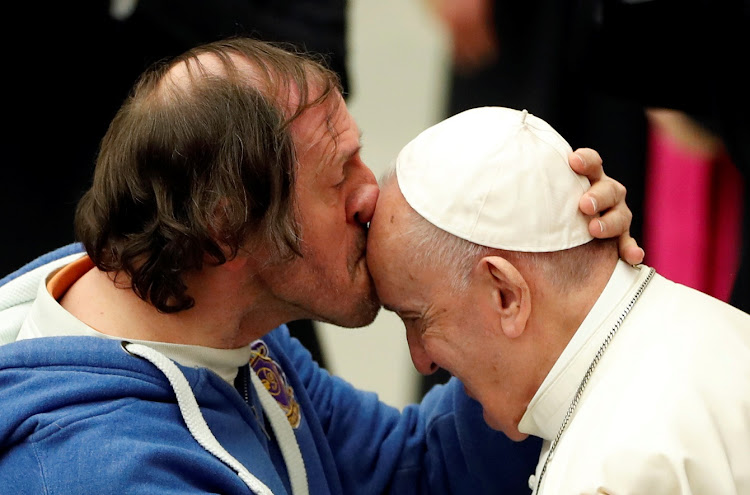 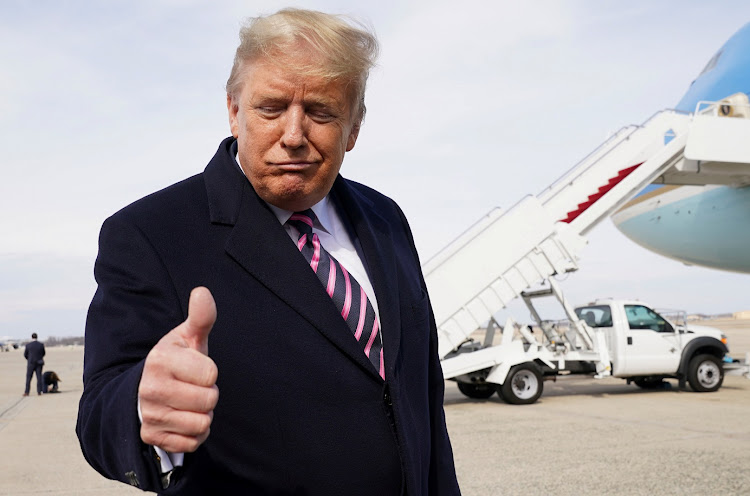 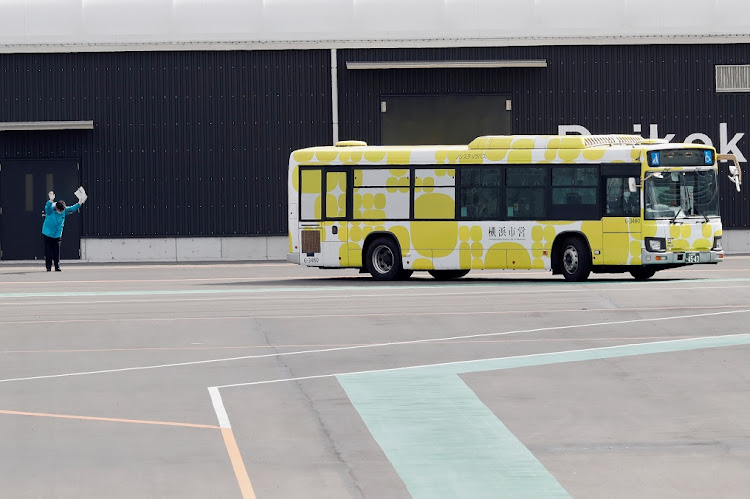 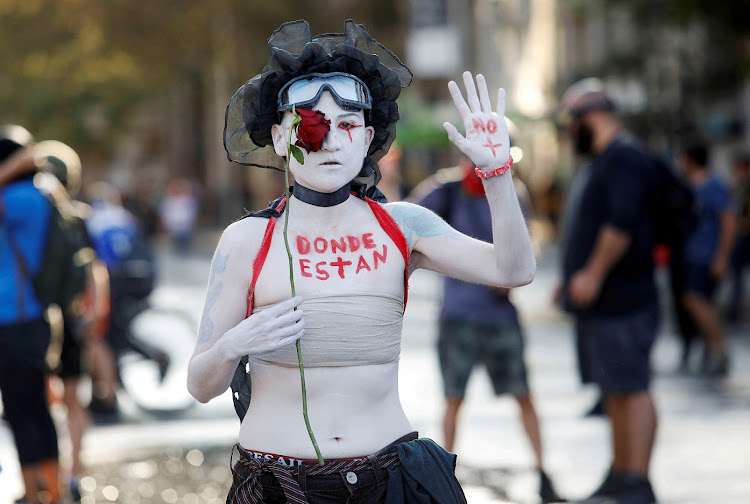 PLUME! PLUME! POW! A plume of ash erupts from the Fuego Volcano during sunset near Guatemala City.
Image: Luis Acosta/AFP

EU chips away at the Elgin Marbles issue

Europeans could include the issue of stolen cultural artefacts, especially Greek or Roman antiquities, in negotiations on their future relationship with Britain, according to the latest draft of the EU negotiating mandate. The mandate calls on the parties to ‘return unlawfully removed cultural objects to their countries of origin’. Early reports said the mention pertained to the Parthenon marbles, the ancient sculptures commonly known as the Elgin marbles that are on display in the British Museum in London. — AFP

Renault’s shares fell on Wednesday after Moody’s cut its rating on the French carmaker’s debt to junk status, citing weaker profitability as the company restructures and grapples with falling demand. Like some rivals, and its Japanese alliance partner Nissan, Renault is under pressure as demand dwindles in markets like China. It is also bedding down a new management team after a scandal surrounding former boss Carlos Ghosn. — Reuters

Rot in the guts of the Golden Triangle

Myanmar is set to be placed on a watchlist by a global finance watchdog this week amid concerns of money-laundering by transnational drug traffickers and weak regulation of its financial system. A decision to put Myanmar on the ‘grey list’ by the Paris-based Financial Action Task Force would mean the inter-governmental body had found ‘strategic deficiencies’ in the country’s ability to counter terrorism financing. Myanmar lies at the heart of the Golden Triangle region, the epicentre of illicit drug production and trafficking in the Asia-Pacific. It also has problems with illegal jade mining, arms trafficking and logging. — Reuters

Former Australian prime minister Tony Abbott has claimed ‘very top’ level Malaysian officials believed vanished Flight MH370 was deliberately downed by the captain in a mass murder-suicide. The Malaysia Airlines jet vanished on March 8, 2014 carrying 239 people — mostly from China — en route from Kuala Lumpur to Beijing. Abbott claims he was told within a week of it vanishing that Malaysia believed the captain had intentionally downed the jet. The pilot’s family and friends have long strongly rejected such claims as baseless. — AFP

US envoy pipes up on SA land expropriation

US Secretary of State Mike Pompeo on Wednesday closed a three-nation Africa tour with a thinly-veiled swipe at China as he talked up Washington’s ability to stimulate growth and entrepreneurship on the continent. ‘Countries should be wary of authoritarian regimes with empty promises. They breed corruption, dependency,’ Pompeo said. He hailed the free market generally, blasting ‘failed socialist experiments of years past’ in places like Zimbabwe and Tanzania. And he criticised a proposed constitutional amendment in SA that would allow private property to be expropriated without compensation. — AFP

The British royal family is in discussions with Prince Harry and Meghan over the use of the word ‘royal’ in their branding after the couple abruptly gave up royal duties to start a new life in Canada. Harry and Meghan use the ‘Sussex Royal’ brand extensively. Their website is named sussexroyal.com and they applied to trademark the phrases Sussex Royal and Sussex Royal Foundation for use on books, stationery, clothing such as pyjamas and socks, charity campaigns and the provision of training, sport and social care. — Reuters

Glencore fails lessons in how to greenwash grubby old coal

Not the first time it has been behind the times. It has snail-trailed on diversity, governance and reducing debt

Post-tax profit of R433m for the year to end-December 2019 compared with a R2.3bn loss the year before

Platinum and gold lift a JSE plagued with nervous tics

Indie-cool comes to Sandton, and the place is ...

Advance Australia fair, but we’ll be watching you

Coach wants the team to earn back our respect after Sandpapergate Scandal, but they still mean business

Blasts from the past: Matlala defends IBA title in Louisiana