Satan, scrotums, wife-abuse ... everything except policy at Sona debate

Next on De Klerk’s to-do list: find out how the EFF thugs got a free pass

Since the Sona debacle he has shown a sensitivity to public opinion, but his problems are closer to home

He scrimped for five years. Now when he runs into old customers he tells them their coins got him where he is

Hunt for killers of pensioner dedicated to faith and flowers

Chatsworth, Durban residents stunned after 72-year-old is strangled and her daughter badly beaten

X-factor: the secret Zondo witness who took on Dudu Myeni

Multibillion-rand tech firm wriggles out of liquidation ... for now

Despite owing over R250m, Yekani gets a stay of execution pending a business rescue application

Chronic and lifestyle diseases in dire need of cash injections

If you’re bright with loads of ambition and limited writing skills, this is where to send your CV 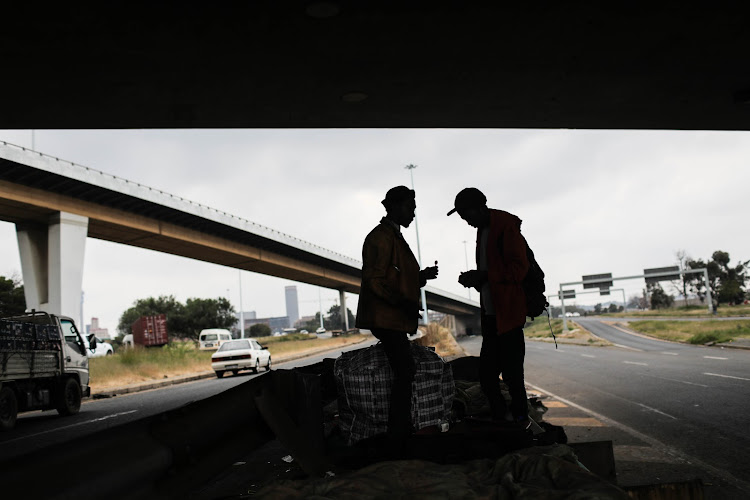 BRIDGE TO A NEW DAY Clement Nocanda and Thabang Mokoena gather their possessions as they prepare for the day’s work on Tuesday near Heidelberg Road in the Johannesburg CBD. People have lived under the M2 highway for a number of years and faced eviction during the rehabilitation project that started early last year.
Image: Alaister Russell

Ailing power utility Eskom urgently needs more cash to stabilise its ballooning debt pile with the funds coming from a rise in tariffs or new equity, new chief executive Andre de Ruyter told lawmakers on Tuesday. "The issue of Eskom debt has to be addressed to make Eskom sustainable," he told parliament's Standing Committee on Public Accounts, Reuters reported. The utility has debt of about R450bn, mostly backed by the government, and is struggling to service the interest on its borrowing due to falling revenues. Its access to capital markets has also been constrained by years of mismanagement. "The money is going to have to come from somewhere. Either it comes from a tariff increase or it comes from an equity injection. It (the debt) doesn't just disappear," said De Ruyter. Parliament, meanwhile, criticised Eskom’s board for failing to appear at the meeting.

Two nurses have been suspended following allegations that they failed to help a woman in labour at a Durban state facility. Health MEC Nomagugu Simelane-Zulu said on Tuesday she welcomed their "immediate suspension", following the alleged incident at St Mary's Hospital in Mariannhill on Friday. "The woman, who was eventually assisted by other patients in the ward to give birth, reportedly had her pleas for help ignored, and was instead allegedly told by nurses on duty to ‘let us know once the baby starts crying’. The premature baby unfortunately passed away on Saturday, about eight hours after being born and placed in an incubator," said Simelane-Zulu. The nurses were placed on special leave on Sunday and received letters on Monday notifying them of their suspension pending the finalisation of a formal investigation.

Prof Adam Habib said on Tuesday he would leave his position as vice-chancellor of the University of the Witwatersrand at the end of 2020. He will take up the position of director at the School of Oriental and African Studies (SOAS) in London in January 2021. His tenure at Wits would have spanned eight years by the time he departs. “After much deliberation with my family and considerable engagement with the Wits council and the executive, I have agreed to accept the [SOAS] offer,” Habib said in a recorded statement. “My decision was not made lightly. I am a proud leader and champion of Wits University and South Africa, and will continue to fly these flags high,” he said.

Cash transport company SBV Services has appealed for information to help the police find a former employee allegedly linked to the theft of R4m from its collection facility at the Mall of Africa more than six months ago. The Sowetan reported that Bathobile Mlangeni allegedly walked out of the shopping centre on July 15 2019 with a trolley containing refuse bags stuffed with cash. Mlangeni, 29, from Dlamini, Soweto, who was on duty at the time, allegedly cut open two bulk cash bags with scissors before transferring the cash into the bags, the newspaper reported, quoting a source close to the investigation. Gauteng police spokesperson Capt Mavela Masondo said Mlangeni "has not reported to work since the day the money went missing”.

KwaZulu-Natal disaster management teams have been put on high alert following a warning of possible heavy rains in parts of the province. The alert comes after the SA Weather Service issued a warning of possible heavy rains in the Harry Gwala, Ugu, uMgungundlovu, iLembe and King Cetshwayo districts, and the eThekwini metro. According to the KZN department of co-operative governance and traditional affairs, the rain is expected to bring localised flooding and reduced visibility. “We have placed our teams on alert as inclement weather continues to pose a serious risk to residents in our province,” said MEC Sipho Hlomuka. KZN premier Sihle Zikala made a call for the province to be declared a disaster area after bad weather claimed 44 lives since November 2019.

A Johannesburg metro police officer was killed when an allegedly drunk driver crashed into him on Saturday. Michael Sun, the DA's shadow MMC for public safety in Johannesburg, said metro officers were conducting a routine roadside check at about 3.15pm in Meadowlands, Soweto, when the incident occurred. The officer had just finished checking a vehicle when a silver Honda Ballade approached the checkpoint without any sign of stopping. "The Honda crashed into the JMPD officer, killing him instantly.” Sun said the driver, believed to be driving under the influence of alcohol, was arrested at the scene and taken to Meadowlands police station. "I will be launching an online petition to parliament to ensure that the country’s laws are amended for stricter and heftier sentences,” he added. 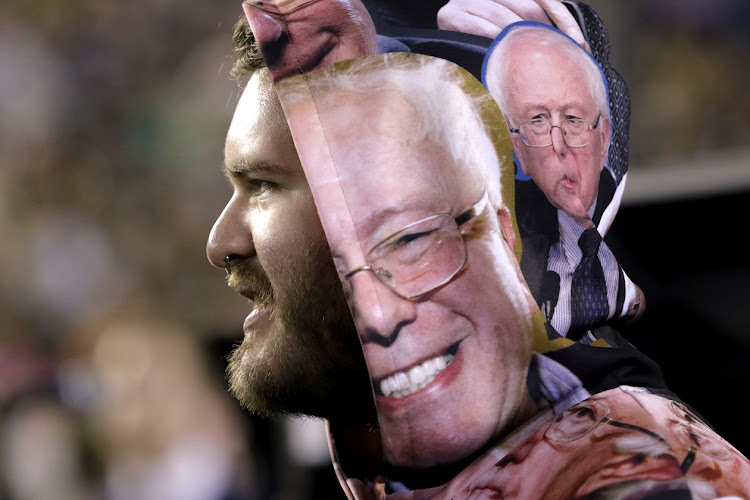 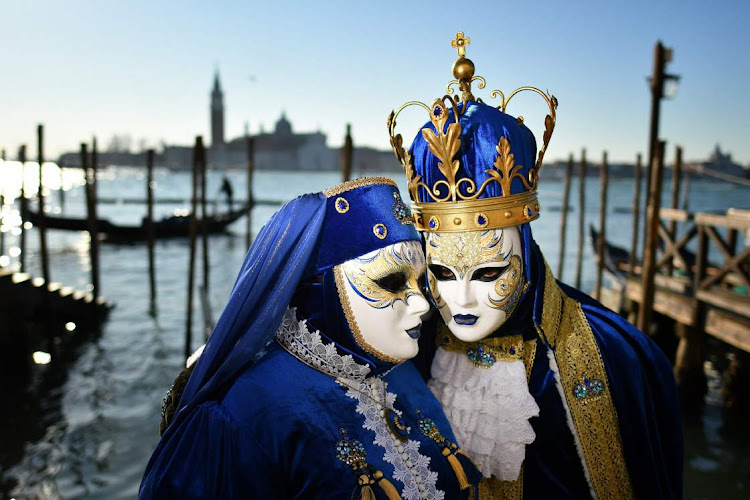 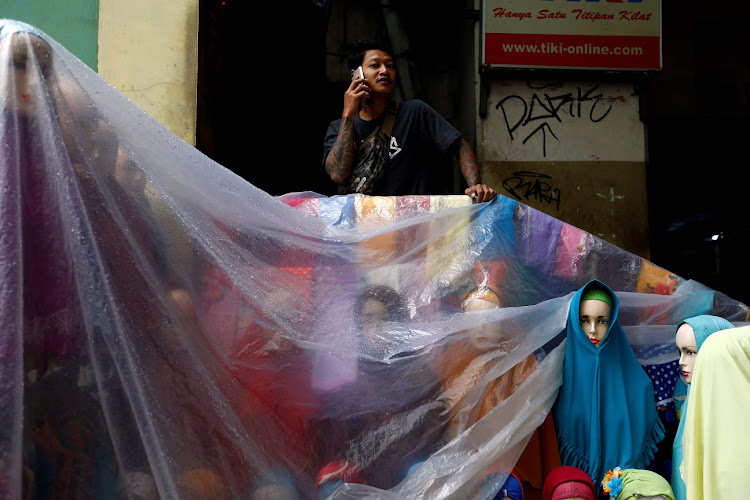 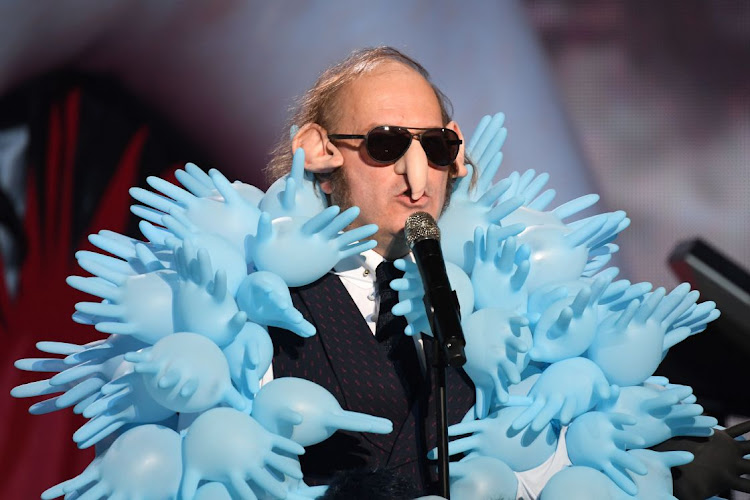 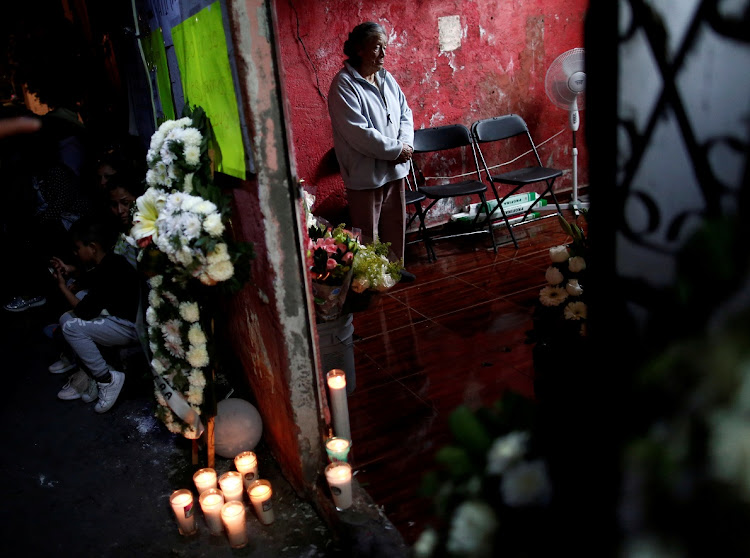 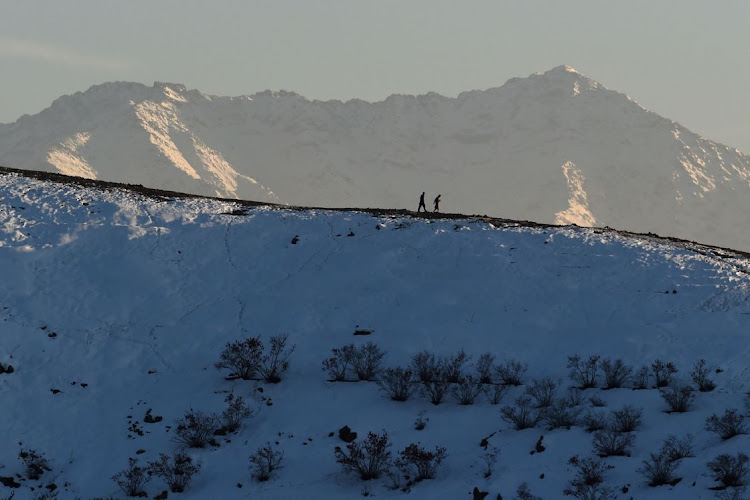 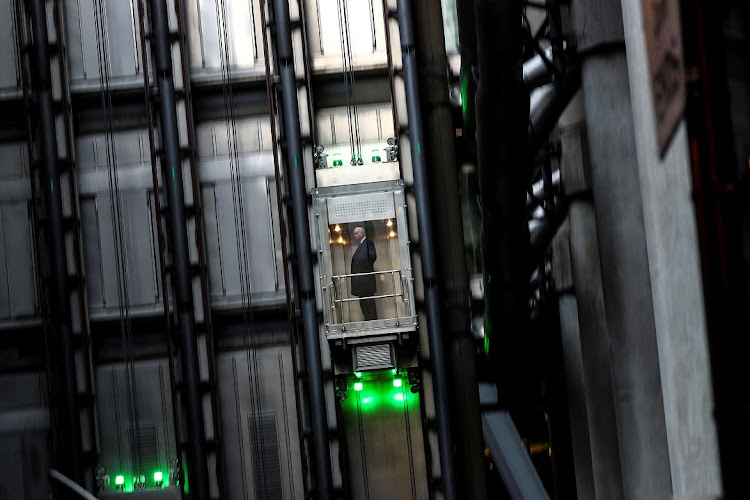 STOCKS RISING A man takes a lift in the Lloyds of London building in the financial district in London.
Image: Reuters/Simon Dawson

‘[Relatives] tell me that I am disgracing them in society. I told them that just like you believe and worship Shiva, I believe and worship Trump. Neither of us can stop the other from doing so,’ says Bussa Krishna, one of Donald Trump’s Indian superfans. In New Delhi, members of the Hindu Sena, a right-wing fringe group, have begun rehearsing a welcome song as they anticipate his two-day visit on Monday. Its members say Trump shares their hatred of Islamic extremism. – Reuters

A Turkish court has ruled to acquit businessman Osman Kavala and eight other defendants over their alleged role in Gezi Park protests in 2013. Some people in the courtroom cried in disbelief when the decision was announced. A guilty verdict had been widely expected in the case, widely regarded as a test of justice in Turkey. Kavala and two other defendants had been facing life terms without parole, while the other defendants were accused of aiding them in attempting to overthrow the government by organising the protests. – Reuters

Children of China’s frontline medical workers battling coronavirus will be awarded extra exam points when applying for schools and higher education. Doctors and nurses in Hubei province have been lionised online and by state media. China’s schooling system places a major emphasis on exams, and even younger children face extreme competition to get into top schools that parents believe will raise their chances of getting into a good university. – AFP

A man killed his ex-wife and wounded another person at a shopping centre in Bangkok on Tuesday, 10 days after a mass shooting at another mall in Thailand’s northeast. The gunman then fled the Century The Movie Plaza and is still on the run. Police said they knew the suspect’s identity and were working to apprehend him. – Reuters

A buffalo racer in India whose blistering pace along a muddy field prompted comparisons to Olympic legend Usain Bolt has been beaten at his own game. Srinivas Gowda ran 142.5 metres in 13.62 seconds on January 31 behind two buffaloes, setting a record in the annual race known as Kambala in Karnataka state. But according to local media, Nishant Shetty and his buffaloes have pipped Gowda, running 143 metres in 13.61 seconds. – AFP

The EU put Panama back on its blacklist of tax havens after deciding the country had not done enough to meet global transparency standards. Panama, along with the Cayman Islands, Seychelles and Palau were added to eight other territories already deemed to be ‘non-cooperative tax jurisdictions’. They join American Samoa, Fiji, Guam, Oman, Samoa, Trinidad and Tobago, the US Virgin Islands and Vanuatu on the list. – AFP

Please, Mr Mboweni, give us something to cheer about

MultiChoice squeezes its rates in a bid to fend off streaming

A world of magic at Hazendal, and not just for grownups

The Valley of the Hares is a great place for a wine tasting ... and educational play fantasies for kids

Tongue tired of the same old booze? This’ll get it wagging

A handpicked range of tipples, from botanical gin to bitter-sweet aperitif, to add to your collection

SPORTS DAY: Curwin Bosch will give Sharks their ...

Blasts from the past: Hansie ton sees off ...