He should have known what a sensitive topic this is. Now, his past apologies for apartheid are forgotten

The DA’s gone Looney Tunes over De Klerk, but that’s not all, folks

The apartheid denial saga has made for an enthralling cartoon, but there’s a malicious truth behind it all

‘Don’t ignore De Klerk - too many think like he does’

Simply paying no mind to the last apartheid-era president will do more harm than good, analysts say

Stars’ wedding planner back in SA to do his own

He’s worked with clients such as Nicole Kidman and Elton John, but now he’s focus on himself and his hubbie-to-be

No one wins as desperate moms abandon babies

How education became an albatross for Kader Asmal

Ex-Cape Times editor Tony Heard, in his  book on his years in government, recalls his time with Kader Asmal in education

The office of the chief justice has “noted with concern” the “attack” on Judge Dhaya Pillay after she issued a warrant of arrest for former president Jacob Zuma. On Saturday, the office said the bench was aware of various statements made against Pillay in public and in the media by individuals and interest groups. These “seek to intimidate judicial officers and interfere with the administration of justice”. KZN acting judge president Mjabuliseni Madondo said Pillay had assured him that corruption accusations levelled against her in public and the media were untrue. Last week, the Judicial Service Commission shortlisted Pillay for a Constitutional Court vacancy.

Three years after the official opening of the 200-bed Nelson Mandela Children’s Hospital in Johannesburg, concern has been raised that the facility is not operating at capacity. DA Gauteng MPL Jack Bloom submitted questions about the hospital to Gauteng health MEC Bandile Masuku. A total of 1,625 patients were treated in the six months from April to September 2019, but the oncology unit is still not open, according to Masuku's reply. The hospital’s average bed occupancy rates are: paediatric ICU (67%), neonatal ICU (71%), neonatal high-care unit (34%), cardiac/surgical ward (72%), and renal/surgical ward (21%). There are 62 vacant posts out of 401 employees, with difficulties in recruiting paediatric trained nurses and sub-specialists because of a countrywide shortage.

Eskom warns of ‘probability’ of load-shedding

While Eskom suspended stage 2 load-shedding at 9pm on Sunday, it warned that there were a probability of rotational power cuts this week. It said its emergency generation reserves had adequately recovered, which led to load-shedding being suspended. “Even with more generating units returning to service by Monday morning, the prognosis for next week is that the probability of load-shedding remains,” Eskom said. At the weekend, Eskom implemented stage 3 rotational power cuts to “accommodate the shortage of capacity and to replenish emergency reserves”.

A police officer has been arrested in connection with the murders of a family of six in Mpumalanga, outside Pietermaritzburg, in December. The warrant officer, 51, was arrested in Johannesburg on Friday. KwaZulu-Natal police commissioner Lt-Gen Khombinkosi Jula said the man was charged with murdering Mvumo Msomi, his children, Dumisani, Philisiwe and Celiwe, his nephew Dumisani, and their neighbour Bongani. The Msomi family was hit by a hail of bullets after their house was surrounded by unknown people on the evening of December 11. He also faces charges of attempted murder in relation to Msomi’s youngest child, Luyanda, 3, his wife, Zanele, and children Slindile, Sifiso and Senathi, who were in the house. The man was expected to appear in the Mpumalanga Magistrate’s Court on Monday alongside co-accused Buhlebakhe Khomo.

The spate of cash-in-transit robberies continued at the weekend. Police spokesperson Col Brenda Muridili said security guards were attacked by armed men during a cross-pavement robbery at Kit-Kat Cash & Carry in Pretoria West on Saturday. One guard was shot in the leg and a second in the head. On the same day, cash-in-transit robbers ambushed a cash van in Krugersdorp, but left empty-handed since there was no money in the vehicle. The suspects fled. In Sasolburg on Friday afternoon, a group of armed men in three vehicles blew a cash van apart and fled with an undisclosed amount of money. Two security guards were slightly injured. The SA Banking Risk Information Centre said last week that since the start of 2020 there had been 35 cash-in-transit incidents recorded in SA.

Three burnt bodies were found in Hillview, Muizenberg, on Sunday. Police spokesperson Brig Novela Potelwa said law-enforcement officers found the “badly burnt” bodies on Sunday evening. The bodies had not been identified yet. “Detectives are probing the murders, as well as the motive. The situation in the area remained tense on Sunday night, with police monitoring a group who gathered nearby. However, no further incidents were reported overnight,” Potelwa said. Police remained on high alert on Monday. 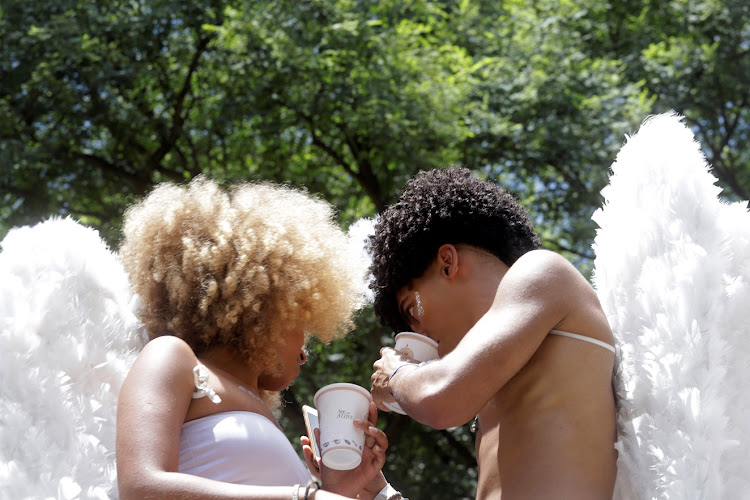 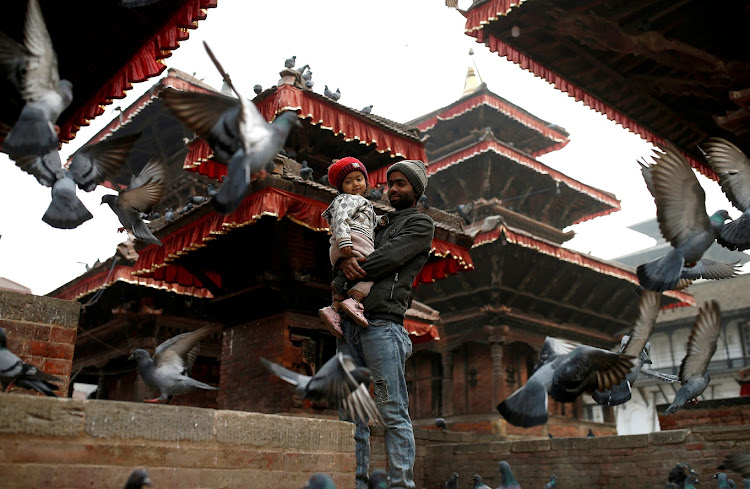 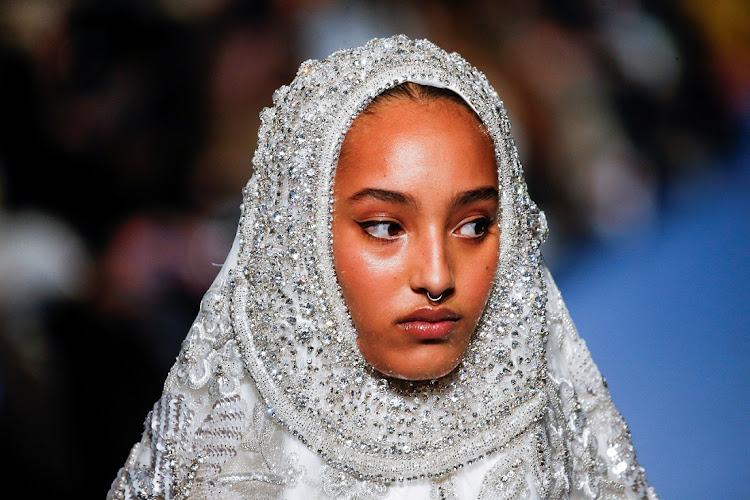 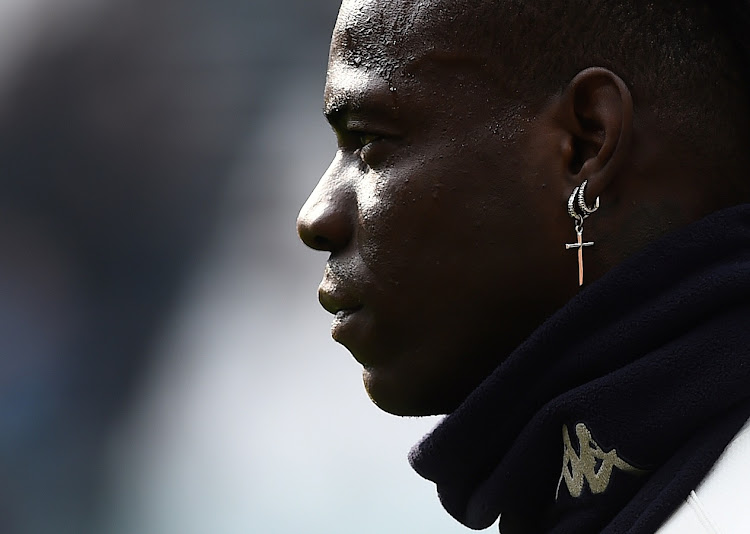 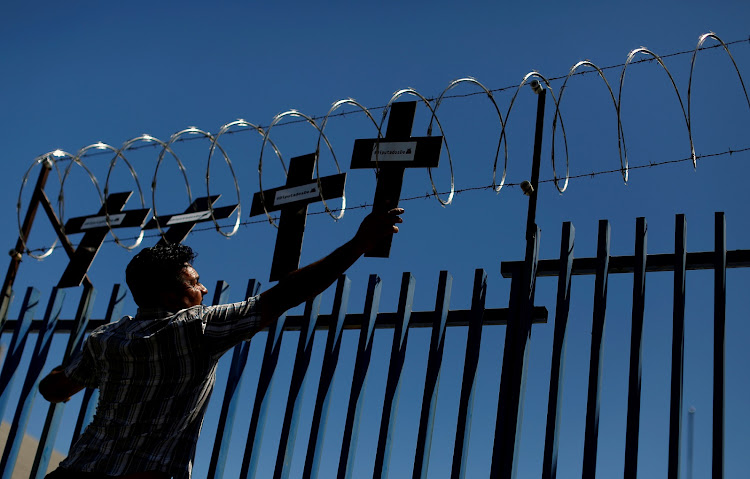 Innocent searchers end up at Facebonk

Facebook is unwittingly enticing new members of all ages to sign up by highlighting pornographic profile images to anyone searching the site for friends. The social media giant is allowing explicit profiles to be promoted - many of which appear to be inviting contact from people wanting sexual encounters - when some internet users, including children, enter the site looking for something legitimate, such as the name of a friend. Internet users not registered with Facebook are liable to be presented with pictures of naked women and men simply by typing the name of someone they are looking for into a search engine. – © Telegraph Media Group Limited (2019)

Chinese pupils not appy with Alibaba

Alibaba Group's communication app DingTalk has begged China's school students to stop venting anger on the software after they gave it poor grades when made to use it to attend online classes. Millions of Chinese are stuck at home because of the coronavirus outbreak. Authorities shut schools until at least the end of February to try to stop the spread of the virus and many pupils were hoping for an extended holiday. So they were less than grateful when DingTalk, originally designed for China's white-collar workers, adapted to the virus outbreak by offering the service to help educate primary and middle school teenagers. - Reuters

A brush with the wrong art critic

A renowned British art authority has won a defamation battle brought against him after he wrote an article alleging the majority of works in an exhibition of Russian art were forged. James Butterwick was sued by the organisers, but a judge ruled that the 57-year-old's "experience" meant that he was entitled to his opinion. The exhibition, featuring 61 previously "unknown" works from dozens of Russia's most illustrious 20th-century artists, including Alexander Rodchenko and Natalia Goncharova, ran for 12 weeks from November 2013. In an article for The Art Newspaper, Butterwick, a specialist dealer in Russian painting, called the exhibition an "absolute disgrace" that did not have a "single original piece". – © Telegraph Media Group Limited (2019)

If it wasn't for the EU-branded signboard outside the park gates, it would be difficult to tell that the 9m-tall mound of earth rising from the Great Hungarian Plain was, at least in theory, a purpose-built sledging hill. But in the tiny hamlet of Jakabszállás the hill stands as a monument to the folly of misspent EU "cohesion" funds, poured into the poorer corners of the European Union in the name of levelling up. Officially costing about 37 million Hungarian forints (R1,7m), it would be tempting to call the hill a white elephant, except its slope is brown and bare: meteorological records show it hardly ever snows enough in Jakabszállás for sledging. – © Telegraph Media Group Limited (2019)

A gang of knife-wielding men jumped a delivery driver in Hong Kong and stole hundreds of toilet rolls, police said on Monday, in a city wracked by shortages caused by coronavirus panic-buying. Toilet rolls have become hot property in the densely packed business hub, despite government assurances that supplies remain unaffected by the virus outbreak. Supermarkets have found themselves unable to restock quickly enough, leading to sometimes lengthy queues and shelves wiped clean within moments of opening. - AFP

A US jury has awarded $265m to a Missouri farmer who blamed herbicide from chemical giants Bayer AG and German rival BASF for destroying his peach orchards, in a case set to bolster 140 other lawsuits. Jurors in federal court in Cape Girardeau, Missouri, made the ruling on Saturday after peach farmer Bill Bader claimed the companies encouraged farmers to use the dicamba weedkiller irresponsibly. Bloomberg News reported that the case was the first US trial over dicamba herbicide, which is alleged to have wrecked crops across America's Midwest by drifting onto plants that were unable to resist it. - AFP

Govt waves bye-bye to R500m in tax because of blackouts

Amplats could have added R1.5bn to its record R30bn earnings if it had not had electricity cuts from Eskom

Business and consumer sentiment has also declined over the last two years, it said

WTO’s global trade outlook is bleak, even before the virus

Bookmarks: Führer better for worse, for Reich for poorer

‘Bowie’s Books’: From hairy women to people with 15 lips

He read continually even when he was off his face with relentless cocaine use, and the influence shows

Joburg women have designs on the lawns of Kensington

All-female trio of SA architects to design the Serpentine Pavilion in London, which opens on June 11 2020

SPORTS DAY: Faf reckons he can leave it all to ...

Blasts from the past: Fairlie fights off more ...