Think SA can pull off the NHI and power cuts? This man’s night of pain and anguish sounds a warning

One mistake when booking a flight and your costs could soar

As one Kulula customer learned the hard way, you have to be very cautious indeed when doing an online booking

‘She was very lovely’: family’s despair after pupil falls from taxi

Now finding a new teacher is only a click away

They wrote it this week: Brando gets you sweaty. ... 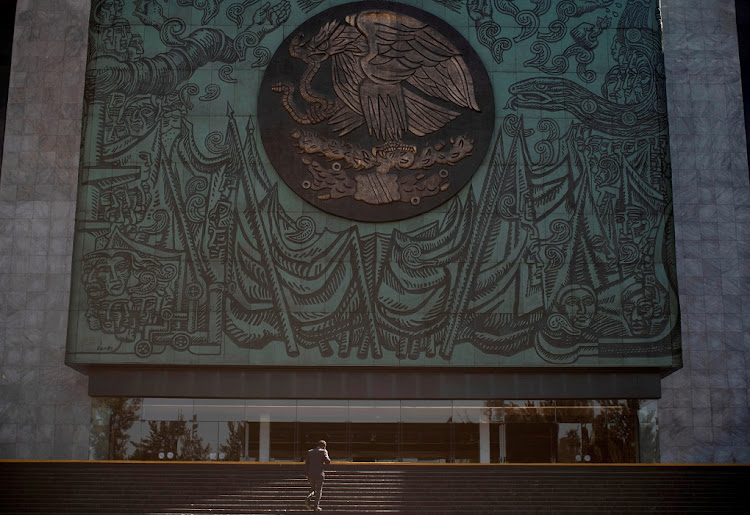 UPWARD NOBILITY A man walks up the stairs leading to the Mexican Congress in Mexico City.
Image: Reuters/Alexandre Meneghini

The family of Alfa Mpetsheni, a SA student based in China who went “missing” more than a month ago, has been informed that he is alive. This is according to Mpetsheni’s father, Thulani, who said the department of international relations and corporation had confirmed to him that he’s alive. The information came from the SA consulate general in Shanghai. It has emerged that he had been detained by the Shanghai Public Security Bureau. “We are told that the consulate spoke to him, but he was not allowed to say on what charges he was detained on,” his father said. The 25-year-old is a BCom student at Zhejiang Gongshang University in Hangzhou.

R200k offered for recovery of Lamborghini

The owner of a Lamborghini Urus that was stolen in Bedfordview, Johannesburg, has offered a reward of R200,000 for information leading to its recovery. The car, with an estimated cost of R4m, disappeared on February 4, according to private investigator Anton Koen of NoJack Vehicle Tracking - a company that specialises in the retrieval of hijacked and stolen vehicles. The white vehicle has the registration plate JD89ZJ GP and engine number DHU000986. Koen said there had been an increase in the theft of high-end vehicles and alluded to a scam.

Five men have been arrested in Pretoria and Kempton Park for being in possession of child pornography in a wide-scale investigation where local law enforcers worked with US crime forensics experts, police said on Sunday. One of the suspects is a 62-year-old man who owns a daycare centre with his wife, another is a married father of three while two others - aged 30 and 42 - live with their parents. The fifth suspect is a convicted rapist who received a suspended sentence that ends on March 15. The men were arrested at various properties where police found explicit child abuse material in the form of images and videos, according to police spokesperson Col Brenda Muridili.

The Desmond and Leah Tutu Legacy Foundation has called on the FW de Klerk Foundation to withdraw its statement on Friday that apartheid was not a crime against humanity. The Tutu foundation said it was “irresponsible” of the foundation to debate the “degree of awfulness of apartheid” and unsuitable behaviour by a Nobel Peace Laureate. The De Klerk foundation had issued a statement on Friday in reaction to EFF leader Julius Malema’s call that apartheid’s last president FW de Klerk be kicked out of the state of the nation address.

Town gets drought relief after 10 years

Residents of Sekhukhune in Limpopo will now have access to water after a decade-long failure by the municipality to supply thousands of households. This is according to minister of human settlements, water and sanitation Lindiwe Sisulu who visited Moutse near Groblersdal in Limpopo on Friday and pledged R143m towards drought relief in the area. Residents had walk long distances to neighbouring villages and sometimes risk their lives to draw water from the crocodile-infested Lepelle River. 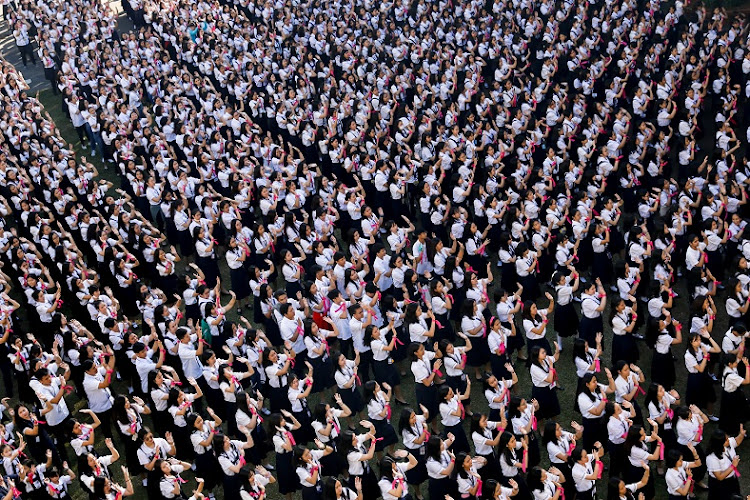 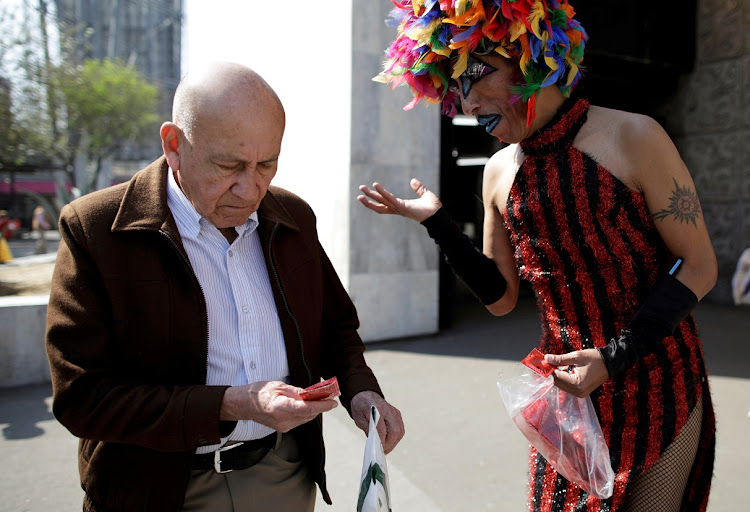 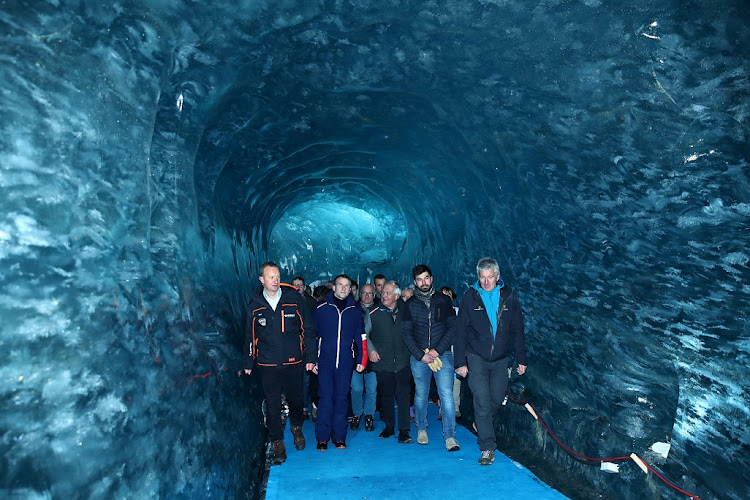 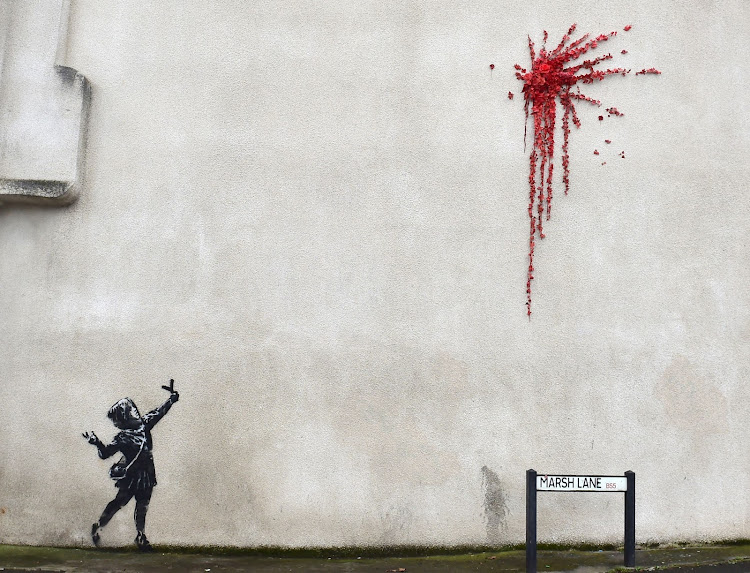 How Kate learned to love child-birth

The Duchess of Cambridge has told she learnt hypnobirthing to cope with the severe morning sickness of pregnancy, saying the techniques helped her “actually really quite like” labour. The duchess said she found the meditation and breathing techniques “hugely helpful”, as she navigated pregnancy and birth. She was being interviewed on the “Happy Mum, Happy Baby” podcast, hosted by Giovanna Fletcher, and hopes to encourage others to share their struggles to spark a nationwide conversation about how to bring up a happy, healthy next generation. – Telegraph Media Group Limited (2020)

Coronavirus ‘could kill millions in Africa’

Bill Gates has warned the coronavirus in Africa could overwhelm health services and trigger a pandemic resulting in 10 million deaths. The Microsoft founder and global health pioneer was speaking at a meeting of the American Association for the Advancement of Science in Seattle just hours before the first case in Africa was confirmed, in Cairo, Egypt. There are fears the disease could spread to Sub-Saharan Africa and spark an uncontrollable outbreak, with health services unable to cope. – Telegraph Media Group Limited (2020)

Democratic U.S. presidential candidate Bernie Sanders says Mike Bloomberg won’t generate the “excitement and energy” needed to win the White House, focusing on a rival still not fully participating in the race. “The simple truth is that Mayor Bloomberg, with all his money, will not create the kind of excitement and energy we need to have the voter turnout we must have to defeat Donald Trump,” Sanders said at a Democratic party gala. Sanders, eager to build momentum after winning New Hampshire and a photo-finish for first place in Iowa, mentioned only the billionaire former New York City mayor among his competitors in a Las Vegas speech. – Reuters

North Korea's Kim Jong-un marked the birth anniversary of the country’s former leader on Sunday, in his first reported public appearance in over three weeks as a deadly coronavirus rages in neighbouring China. Kim “paid high tribute” to his father Kim Jong-il at the Kumsusan Palace of the Sun in Pyongyang that holds the embalmed bodies of his father and grandfather, the official Rodong Sinmun newspaper reported. The COVID-19 has alarmed the North, prompting it to close its borders and suspend all flights and trains to and from its giant neighbour and most important ally. – AFP

Snakes on a plain cause terror in Florida

A city in Florida closed off a park after residents spotted dozens of snakes which had apparently gathered for their annual coupling. “It appears they have congregated for mating,” the City of Lakeland Parks and Recreation Department said on. Officials on Thursday sealed off an area where the amorous reptiles had gathered for their pre-Valentine’s Day tryst with caution tape. The slippery customers were identified as harmless native Florida water snakes. – AFP

Israel’s military said on Sunday it had thwarted an attempted malware attack by Hamas that sought to gain access to soldiers’ cellphones by using seductive pictures of young women. The phones of a few dozen soldiers were affected, but the military “does not assess that there has been a substantial breach of information”, said an army spokesman. This was the third attempted malware attack by Hamas in less than four years, but that the latest effort indicated the Islamist group, which controls the Gaza Strip, had improved their capacity to wage cyber-warfare. - AFP

Toke it to the bank: Cape set to score from cannabis industry

Post-school training is key to tackling the jobs crisis

Denialism is nihilism: the era of climate ...

Blasts from the past: Nhlapo nails his record ...