Mantashe takes the load off Eskom ... or does he?

SA is in a very different place from 1990, not least in what politicians’ hidden motives are

No fairytale end for lion cub snatched by baboon

A video of the baboon grabbing the cub has gone viral, with many viewers hoping the baby would somehow survive

What were they smoking? SA’s big tobacco body suddenly in the ash tray

Heat cameras set to halt coronavirus before it can invade SA

Prof Mayosi’s protégés echo the beat of his healing heart

You’re a flight risk and must stay in jail, court tells fraud suspect

Court for man over ‘stolen’ Pierneef

A man, 42, has been subpoenaed over the disappearance of an R8m Pierneef painting from the office of the Free State premier. The man, who was not identified, has been called to appear before the Bloemfontein Magistrates’ Court on March 4 on fraud, theft and other charges relating to the disappearance of the painting. The alleged theft occurred while Ace Magashule was clearing out his office in March 2018 upon taking up his position as ANC secretary-general.

SA’s misery is at an all-time high

Twenty Plenty is how the new year 2020 was initially greeted. But hopes of a “happy new decade” were swiftly crushed. In January 2020, SA hit an all-time monthly low, according to the Happiness Index, which started recording the happiness levels of South Africans in April 2019. The Happiness Index, or Gross National Happiness Index (GNH), is based on sentiment analysis of the daily tweets of South Africans. The scale of happiness runs from zero to 10, with five being neutral. “Unfortunately, the increase in affect happiness after the 2019 elections was short-lived and we are now at the lowest average happiness levels since the index was launched,” the team said on Monday. A “staggering number of tragic child deaths” was one of the reasons for the unhappiness - as were reports of retrenchments and staff downsizing. Load-shedding also made us unhappier.

City Power has lost generating capacity from the Kelvin substation, which had allowed it to keep the lights on in Johannesburg despite Eskom’s load-shedding. “Unfortunately this has forced us to embark on load-shedding at stage 2 as declared by Eskom,” City Power said on Monday. The entity said in a statement it has been receiving electricity from two lines at Kelvin power station, which contributes 10% of overall power supply, with the rest coming from Eskom. However, one of the lines was damaged at the weekend and repairs were not yet complete. “As such only one is currently online at Kelvin Power Station, leaving us vulnerable,” City Power said, adding it had to start load-shedding from midday on Monday.

Massive decline in rhino poaching in 2019

Rhino poaching has continued on its downward trajectory. The department of environment, forestry and fisheries said on Monday that 594 rhino were poached nationally in 2019, down from 769 rhino in 2018 and 1,028 in 2017. Minister Barbara Creecy said the decline was due to a combination of measures, including improved capability to react to poaching incidents, deployment of technology, improved information collection and sharing and better regional and national cooperation. Creecy also paid tribute to rangers who battled poaching in conservation areas daily. When it came to elephant poaching - which has been on the rise - the department said 31 elephant were poached in SA in 2019. “This is a decrease in the number of elephant poached in 2018, when 71 were killed,” the department said.

Police fired rubber bullets at protesting students at the University of KwaZulu-Natal’s education campus on Monday after the students allegedly assaulted a security guard. According to police, a group of students blockaded the entrance to UKZN’s Edgewood campus at the start of the 2020 academic year. “This morning at 9am a group of students blockaded the entrance at UKZN Edgewood campus, and attempted to petrol bomb the dining hall and security guard vehicle,” said Col Thembeka Mbele. Mbele said the group then fled and later allegedly assaulted the security guard, who was taken to hospital for medical treatment. Later in the day, a vehicle was set alight at the campus. Meanwhile, two building at the university's Howard College campus were also set alight in related protests.

A man has been arrested in connection with the murder of Pietermaritzburg businesswoman Kavitha Nerputh. KZN SAPS spokesperson Col Thembeka Mbele confirmed on Monday that a man had been arrested on Friday and would appear in court in Pietermaritzburg on Monday. A police source said the man was arrested near to where Nerputh’s body was discovered last month. Nerputh was found strangled with a cellphone charger cable in her locked car, which was parked at Alexandra Park. The owner of a weight-loss product company became a social media hit in 2017 when she threw her then four-year-old daughter a R100,000 carnival-themed birthday party. 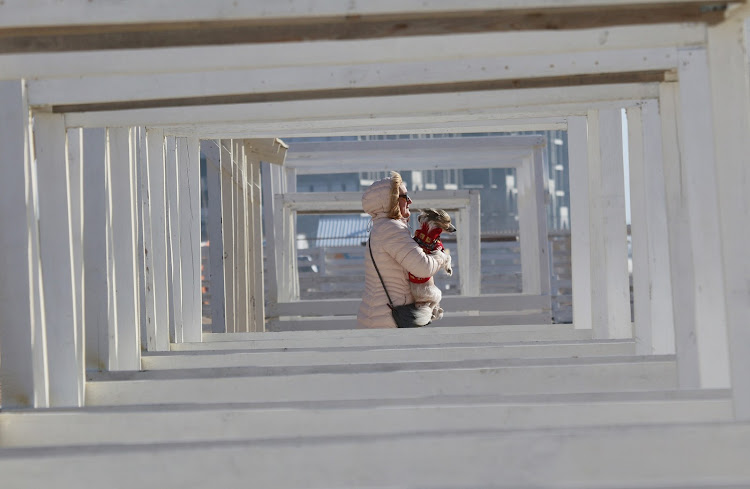 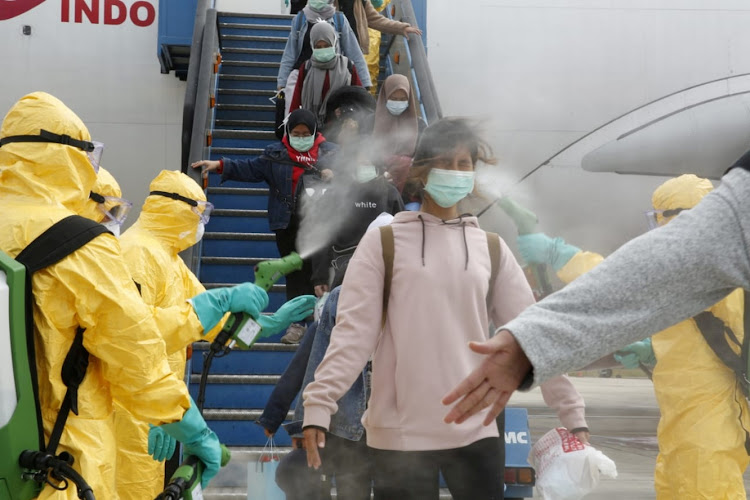 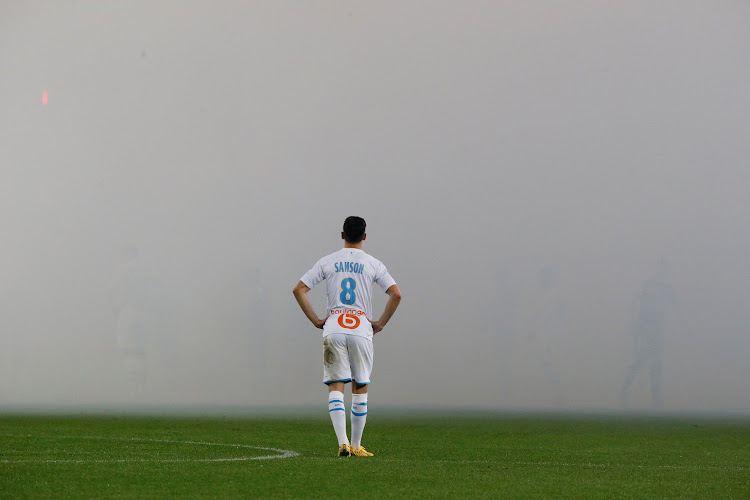 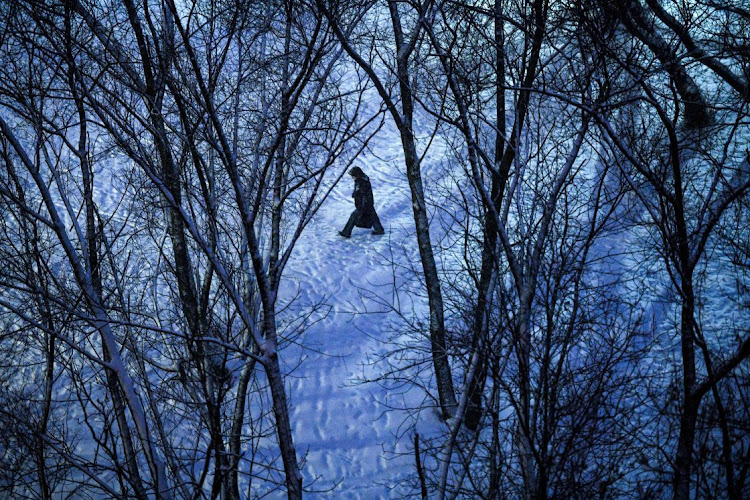 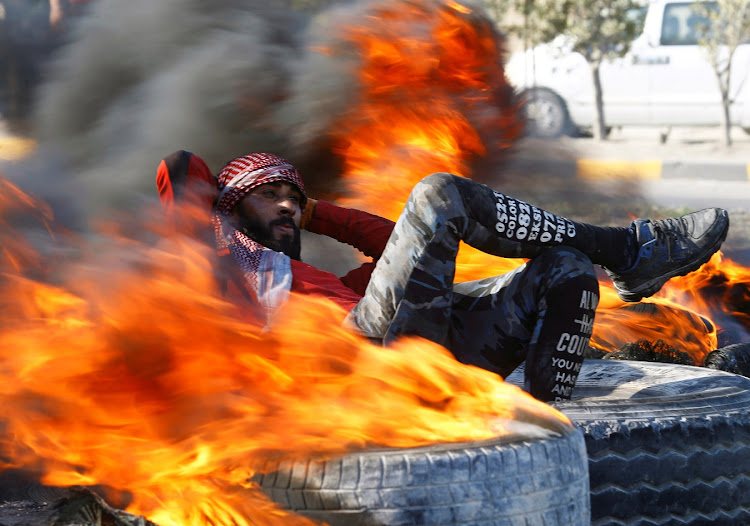 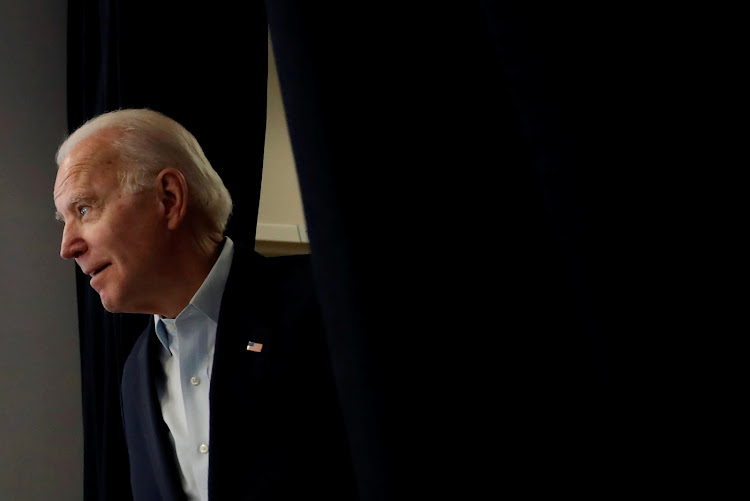 Germany has erected 120km of electric fencing to prevent wild boars infected with African swine fever (ASF) from straying across the border from Poland and infecting its pig herds. ASF, which has led to the deaths of a quarter of the world’s pigs in China and roiled the global meat industry, is dangerously close to Germany, Europe's largest pork producer. A case of the viral disease was discovered in a wild boar in Poland just 12km from the German border last month. - Reuters

You can’t even play mahjong in China these days

Rather than risk being infected with the coronavirus, officials in some rural parts of China are literally watching over citizens, using drones to deter outdoor gatherings amid an epidemic that has already killed 361 people in the country. A video clip posted on Weibo showed a group of people playing mahjong in a village near Chengdu being told to disperse after being spotted by a camera mounted on a patrolling drone. – Reuters

Built in just eight days, a Chinese hospital dedicated to treat people infected with a new coronavirus in Wuhan began to receive patients on Monday. The hospital is designed to have 1,000 beds for patients with confirmed infections to ease a shortage of beds elsewhere in the city as the virus spreads. China is building a second hospital in Wuhan dedicated to the treatment of coronavirus patients, with 1,600 beds. - Reuters

Dozens of koalas in Victoria have been euthanized and some 80 more are being treated for injuries and starvation after their habitat was logged, prompting an Australian government investigation on Monday. The scale of the incident was uncovered when local residents witnessed dead koalas being bulldozed into piles in recent days. The deaths come after devastating bushfires destroyed large swathes of koala habitat and killed thousands of the animals. – AFP

Drat! Brexit isn’t banned after all

UK Prime Minister Boris Johnson on Monday insisted “Brexit” was not banned, despite not mentioning the word in a speech setting out Britain’s negotiating position with Brussels for trade talks. Asked why he had not used it - apart from a fleeting mention of “the B-word”, he told reporters: “It’s not banned ... It’s like the glorious revolution that preceded and events chronicled behind us. It’s gone ... It’s receding behind us in history and that’s the approach we should take to it.” - AFP

A street art Rubik’s Cube version of the Mona Lisa is expected to sell for up to $166,000 when it goes under the hammer in Paris this month. Made from 330 Rubik’s Cubes by the French artist Invader is called Rubik Mona Lisa. It is the first of a series of works in which the artist has recreated some of the great paintings of art history in Rubik’s Cubes. Invader, whose real name is Franck Slama, claimed that they are the foundational creations of a new art movement called “Rubikcubism”. - AFP
THE GREAT CLEANSING A worshipper attends a festival dedicated to Iemanja, the orisha (goddess) of the sea in the Afro-Brazilian religion Umbanda, in Salvador, Brazil.
Image: Rafael Martins/AFP

Contrary to reports, SA Inc. is not in a terminal condition

If there’s a possibility of a cure, no matter the damage, we have to make drastic, seldom painless choices

Ugly scenes as investors flee the Tongaat mess on the JSE

Bookmarks: A paddle in the shallow end of sex ...

Weekend features protégés with their mentors in the fields of dance, architecture, music and literature

Blasts from the past: Budler’s back in the IBO ...