Mind the gaps: the real message of Sona will be in what Cyril doesn’t say

Ramaphosa is facing more problems than solutions, and is likely to focus on what’s happened in the past year

Truth is, there are no genes for race

Why won’t this dangerous thinking go away? Well, one reason is that many in SA really do believe there are four races

Fifty-plus minutes, a house on fire and a whole lot of smoke from the City

Joburg’s fire department is still a mess and we pay the price, as I witnessed first-hand last week

A master tracker recounts how he used his rare, sharp skills to find a murder suspect

22 years and counting, and still no land for community

Community leader says after claim was gazetted, they thought they would get the land, but that didn’t happen

They were visiting a flat that was raided by cops. Next thing, they were jailed with ‘severely distressing’ cellmates

The indigenous plant has been hailed as the planet’s saviour. But is it? Let’s separate fact from fiction

Spare the scolding, praise them instead, teachers told

As SA teachers increasingly come under attack by pupils, praise may be a powerful tool in their arsenal

POSTER CHILD Preparations are under way outside the National Assembly for the state of the nation address in parliament on Thursday.
Image: Esa Alexander

President Cyril Ramaphosa is unfazed by the EFF’s threats to disrupt his State of the Nation Address (Sona) on Thursday. It will be Ramaphosa’s fourth Sona - and the first to be disrupted, if the EFF makes good on its threat should he not fire public enterprises minister Pravin Gordhan. “I can assure you the president is not losing any sleep over the threat of a disruption. He fully believes in free political expression. It would be a lot more ideal though if such political expression would yield some sort of results. We don’t understand what disrupting Sona is going to achieve,” said Ramaphosa’s spokesperson Khusela Diko on Wednesday.

Parliament made an abrupt U-turn on Wednesday, saying that former president Jacob Zuma would not attend Sona after all. Zuma’s lawyers also indicated he would not be attending, as did the JGZ Foundation. Parliament’s announcement, made on Twitter, came not long after it had tweeted that Zuma would attend the event. The initial announcement caused shock, with many questioning how Zuma would attend when, just over a week and a -half earlier, he was said to be too sick to stand trial in Pietermaritzburg. But just after 2pm parliament released a second statement saying it “erroneously” included Zuma in the list of former heads of state attending Thursday's address.

Police in KZN are offering a R50,000 reward for information that could lead to the arrest of a gang of men who allegedly stole eight vehicles belonging to the provincial agriculture department. Col Thembeka Mbele said eight men allegedly held up security guards at the department’s office in Ndwedwe, north of Durban, on Monday. “They threatened the guards and held them in an office. They then gained entry into an administration office and obtained the keys for the vehicles which were locked in a safe.” The vehicles, all white, are three Nissan Hardbody bakkies, three Toyota Hiluxes, an Isuzu single cab and a Ford Ranger.

Virgin Atlantic is launching a daily London to Cape Town service. The airline’s chief commercial officer, Juha Jarvinen, said on Wednesday that the service would start on October 25 and use a 264-seat Boeing 787-9 Dreamliner aircraft. The new route will complement the airline’s Airbus A350 daily flights between Heathrow and OR Tambo. Return economy fares will start at £713 (about R13,690) and bookings will open on February 18. Virgin scrapped its direct London to Cape Town flights in April 2015, saying it wanted to focus on key markets in the UK and US. It operated the route for two years.

A man was killed and nine other people were injured when a large tree fell onto a minibus in Isando, Ekurhuleni, on Wednesday. Medics found passengers trapped in the minibus, which had been crushed by the tree, just after 6am. “Three men were found lying trapped inside the front of the vehicle, while seven others were found either standing or seated near the vehicle,” ER24 said. “Medics assessed the patients and found that the entrapped driver had sustained numerous injuries and showed no signs of life. Unfortunately, nothing more could be done by paramedics.” Rescue personnel worked for about two hours, removing parts of the fallen tree until they were able to free the trapped men.

Cape Town schoolgirl Karabo Tau was released on R2,000 bail on Wednesday. The Claremont High matric pupil was arrested for allegedly kidnapping a two-month-old baby from Khayelitsha on January 16. After being in custody for more than two weeks, she was allowed to go home. 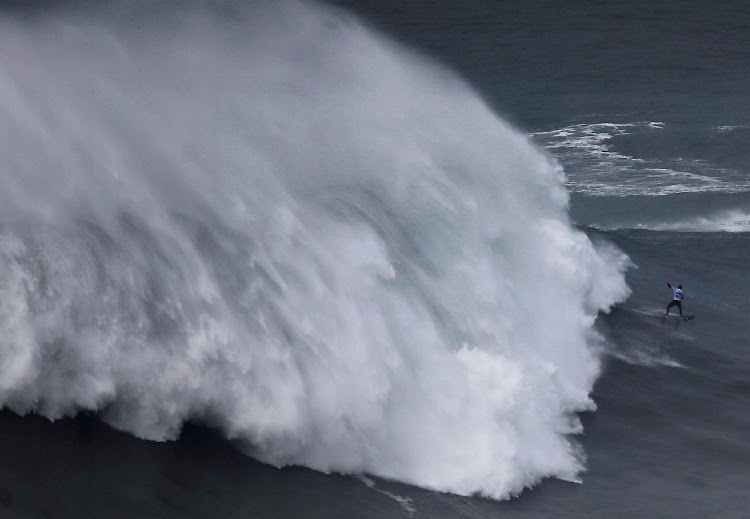 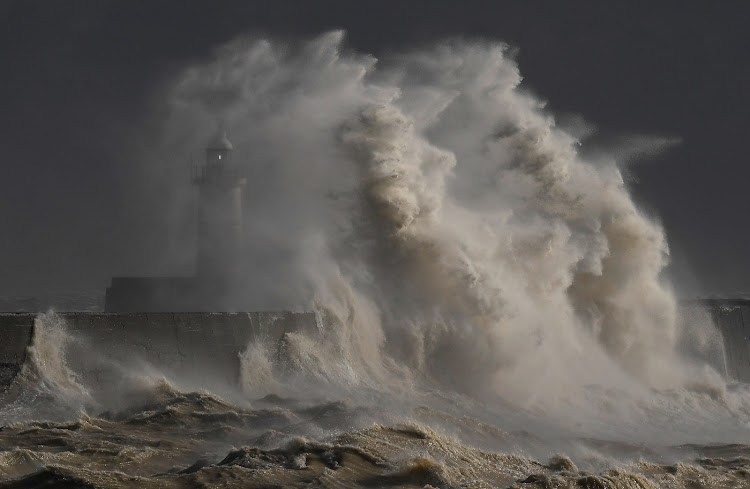 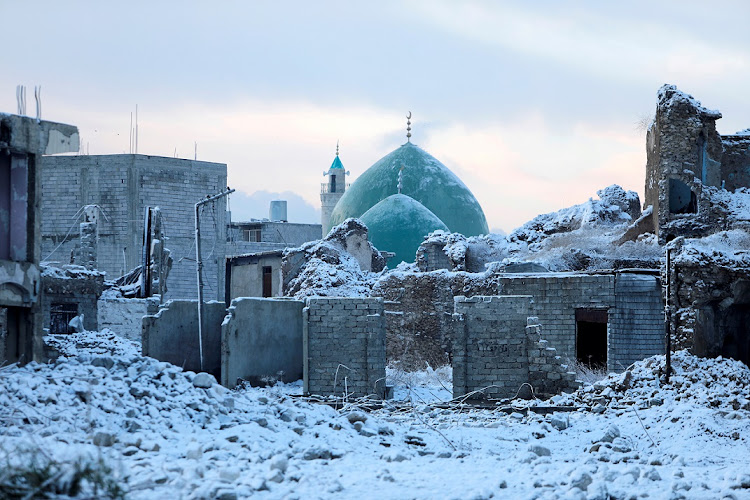 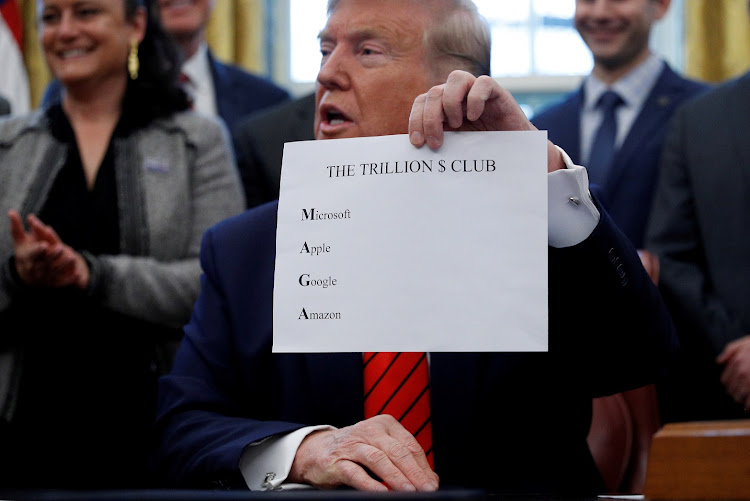 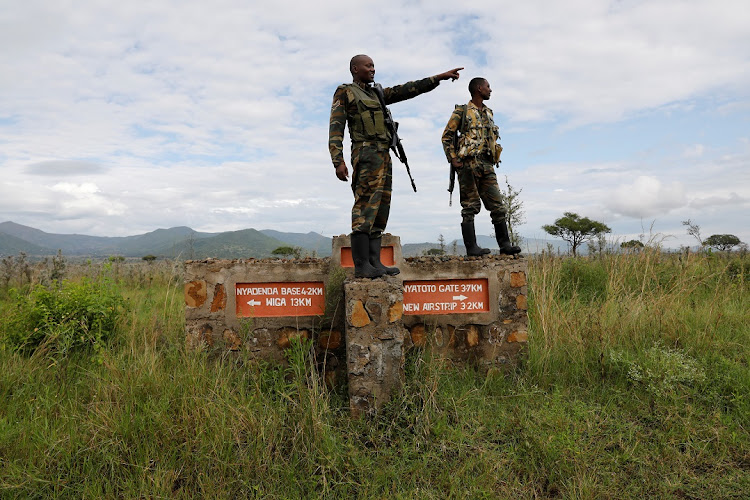 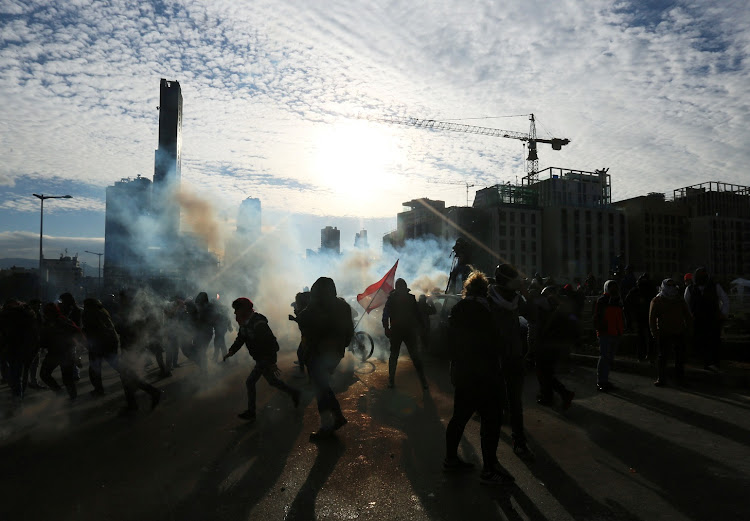 Ship gets turned away over virus fears as ...

The fires may turn out to be just what Australia ...

The disaster has focused minds on reducing emissions, but do they have the will to cut their carbon-belching ways?

Bats, rats and snakes are still being sold at an Indonesian market known for its wildlife offerings, despite a government request to take them off the menu over fears of a link to the deadly coronavirus. Vendors at the Tomohon Extreme Meat market on Sulawesi island say business is booming. Its grubby stalls feature a dizzying array of animals including giant snakes, rats impaled on sticks and charred dogs with their hair seared off by blowtorches — a gory scene described by some critics as ‘like walking through hell’. Bat seller Stenly Timbuleng says he’s selling up to 60kg of the creatures every day. — AFP

‘Parasite’ investors are anything but suckers

South Korean shares linked to director Bong Joon-ho’s Oscar-winning movie ‘Parasite’ — a dark comedy about the gap between rich and poor — have soared after investors piled in following its unprecedented Academy Awards. Shares in its production company, distributor and even an instant noodle maker featured in the film have all shot up since ‘Parasite’ became the first non-English-language film to win Hollywood’s top prize on Sunday, prompting celebrations in South Korea. ‘Parasite’ cost $11m to make but since its premiere at the Cannes Film Festival in May, it has earned $130m worldwide. — AFP

So they do this stuff in Europe too?

More than half of Malta’s traffic police force have been arrested for suspected overtime fraud. Some 30 members of the unit, which numbers about 50, were being questioned by the Economic Crimes Unit over accusations they had filed for hundreds of hours of overtime that they did not carry out. Some of the officers also face accusations they misappropriated fuel and used it for their own private vehicles. Malta is the smallest nation in the EU and has been rocked in recent years by allegations of widespread corruption, cronyism and financial wrongdoing among both the political and business elite. — Reuters

Sorry kids, no ice cream adverts for you

Wall’s and Magnum ice cream maker Unilever will stop advertising its food and beverages to children under the age of 12 on traditional and social media, responding to growing concerns over childhood obesity. The company said it would also stop hiring influencers and celebrities who primarily appeal to children under the age of 12 and would also curb its use of cartoon characters. The company’s ice-cream business will be the first to implement these changes, which follow moves by the company over the last five years to cap the total calories and sugar levels in kids’ ice-creams at 110 calories and 12g per portion. — Reuters

Church of England is sorry for being so racist

The Archbishop of Canterbury has called the Church of England ‘deeply institutionally racist’ and apologised for Britain’s treatment of black people since World War 2. Anglican clerics adopted a motion on Tuesday seeking forgiveness from the so-called Windrush generation that moved to Britain from former Caribbean colonies since 1948. The mass migration was promoted by the government to help rebuild the UK from the ruins of war. Yet none received documents confirming their UK citizenship and the Caribbean countries’ subsequent independence saw many denied basic rights. Dozens were also wrongly deported in a scandal that rocked the government of former prime minister Theresa May. — AFP

Big thirst in Taiwan and India for Scotch

The value of Scotch whisky exports rose to a record high in 2019, backed by booming sales in Taiwan and India, which helped offset concerns over US tariffs and the uncertainty caused by Brexit. Overseas sales of Scotch whisky rose more than 4% in 2019. The US was the most valuable destination for Scotch, rising 2.8% even as 25% tariffs on single malts and some liqueurs were introduced in October as punishment for illegal EU aircraft subsidies. Scotch whisky exports to Taiwan rose 22%% and to India 19.7%. — Reuters
YOU’RE NOT THE JUAN! A Venezuelan supporter of President Nicolas Maduro gets into a scuffle as opposition leader Juan Guaido arrives at the international airport in Maiquetia.
Image: Reuters/Manaure Quintero

Phew, there sure have been some stinkers on the JSE

Purchase of its assets will make Harmony SA’s largest gold producer at more than 1.8 million ounces a year

The only things doing well in SA shops are ... tumbleweeds

Design Indaba: The sharp end of the cutting edge

Here’s what you should be looking out for

Blasts from the past: Rebel tourists bombed back ...