Amnesty International has released a damning report on, among other things, the state of infrastructure at SA schools

Rest in harmonies: the axe has fallen on one of SA’s music greats

He stabbed wife in front of kids. Now she feels his sentence ‘isn’t enough’

Court rules it has to pay R5m to a service provider, but state-owned airline says contract was dodgy from the start

Millions’ worth of laptops, tablets and smartboards have been stolen from 62 schools

They studied for six years, only to discover they couldn’t graduate

Walter Sisulu University says it’s worked out a solution, but students have been left in embittered limbo

The Democratic Party is Bern-ing down and Trump ...

The way things are going in the US primaries, there’s no way to avoid another four years of the orange menace 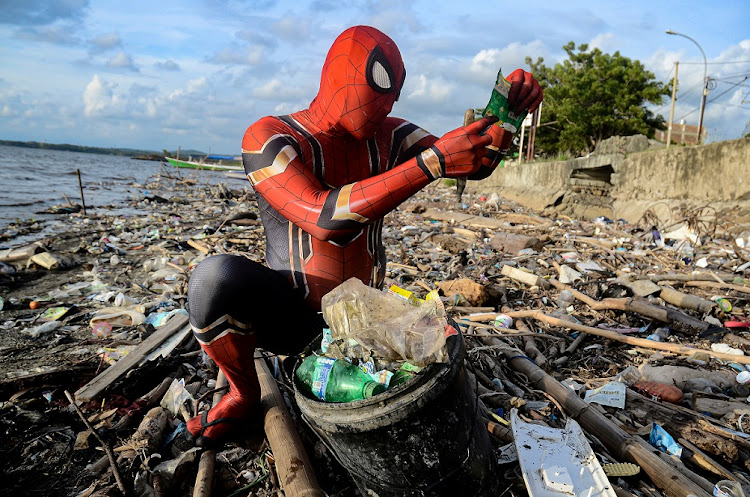 UNLIKELY SUPERHERO Rudi Hartono looks at plastic waste as he collects rubbish at a beach in Pare-Pare, Indonesia.
Image: Reuters/Stringer

Sunday Times editor Bongani Siqoko is leaving the publication at the end of February. Arena Holdings MD Andy Gill announced his departure to staff on Tuesday. He said Siqoko is taking up a managerial position to help grow the group’s business in the Eastern Cape. Arena owns the Daily Dispatch in East London and The Herald in Port Elizabeth, and also publishes Times Select. Siqoko was appointed editor in November 2015. “It’s been a huge honour to lead and edit the Sunday Times during a very difficult period. I want to thank the whole Sunday Times team of hard-working journalists, editors, admin support, marketing, sales, circulation and everyone else involved in putting together this great publication each week,” he said. Current Sowetan editor S’thembiso Msomi will take over from him on March 1.

The National Institute for Communicable Diseases (NICD) has run tests on 61 people in SA for the novel coronavirus, with all of those tests proving negative. NICD spokesperson Sinenhlanhla Jimoh said: “SA remains a destination of choice for many travellers, with a lot of traffic managed from Cape Town International Airport and OR Tambo International Airport. All ports of entry … remain on high alert for a possible case. It is possible that we will detect a case and as such, we would like to assure the public that should SA identify a positive case, the country is well prepared to deal with it,” she said.

A pupil died after falling from a balcony at Ferndale High School in Randburg on Tuesday. Gauteng education spokesperson Steve Mabona said the 16-year-old boy may have had a seizure related to epilepsy. He was a grade 10 pupil at the school. “Unfortunately the boy fell ... to the ground floor. Emergency services were called and the boy was attended to on the scene and later taken to a local hospital. Unfortunately he did not make it,” said Mabona. The boy apparently fell from the third floor. The incident brings to 11 the number of pupils who have died in Gauteng since the start of 2020.

Metrorail’s manager in the Western Cape, Richard Walker, has been put on paid leave amid “multiple challenges and lapses”, the Passenger Rail Agency of SA (Prasa) said on Tuesday. Regional engineering manager Raymond Maseko will take over with immediate effect, said Prasa spokesperson Makhosini Mgitywa. Mgitywa said Prasa administrator Bongisizwe Mpondo had visited all the agency’s regions since assuming sole responsibility for the organisation in December. “The Western Cape region has so far proven to be the most troubled,” said the statement, and as a result passengers and stakeholders had lost confidence in the business. Maseko’s appointment was aimed at stabilising the region and improving performance.

Unions at SAA have approached the labour court for an urgent application to stop business rescue practitioners from retrenching staff at the ailing airline, until they have complied with the Labour Relations Act. The National Union of Metalworkers of SA (Numsa) and the SA Cabin Crew Association (Sacca) said the application was expected to be heard on Thursday. SAA business rescue practitioners (BRP) announced last week that the airline would cancel all domestic flights, except for a reduced service to Cape Town, as well as some international and regional flights, at the end of February in a bid to further cut costs. This came after the practitioners told employees that they intend to expedite retrenchments at the airline. In reaction to this, unions said the business rescue practitioners were unable to provide any rational basis for the cancellation of routes, and that the decision would have a devastating effect on employees and their families. 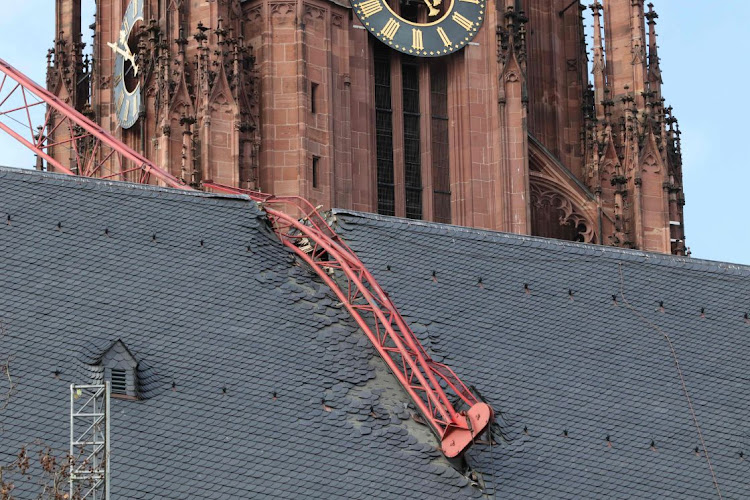 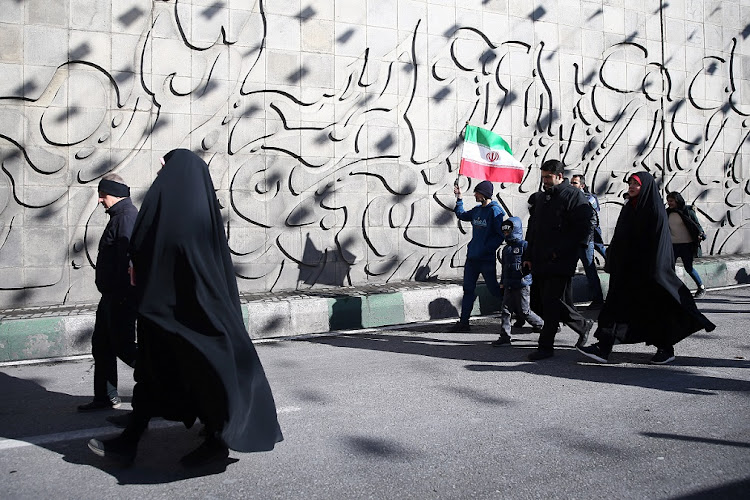 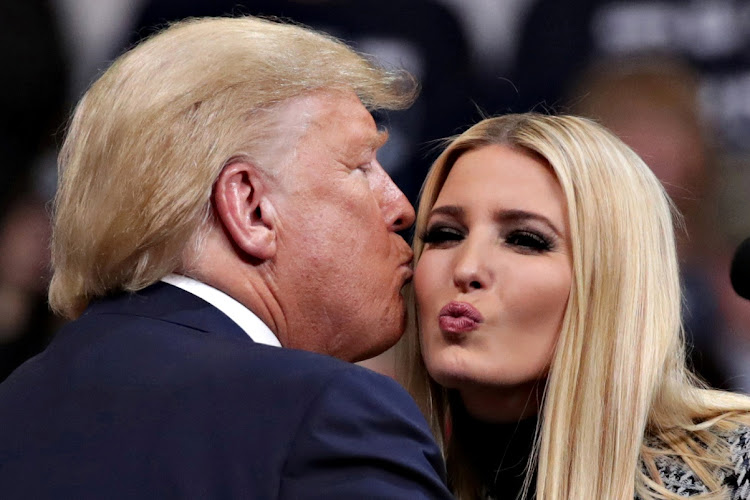 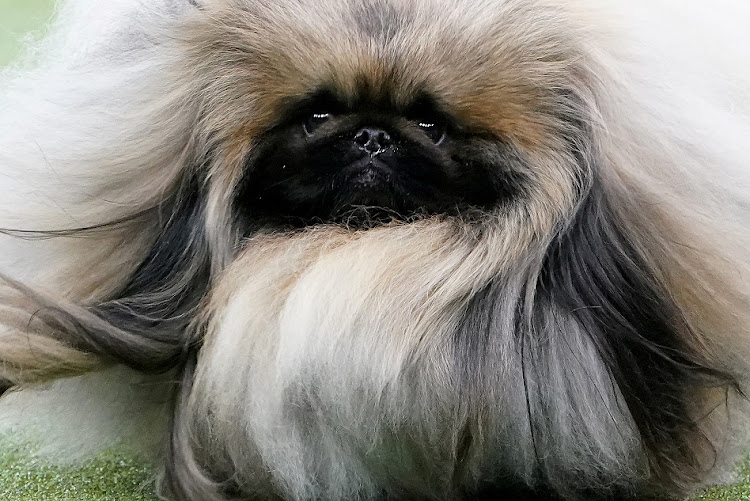 DON'T HATE ME BECAUSE I'M BEAUTIFUL A Pekingese is judged at a dog show at Madison Square Garden in New York City.
Image: Reuters/Carlo Allegri

Egypt’s population has reached 100 million, highlighting the threat of overpopulation in a poverty-stricken country where many live in crowded megacities. The North African country retains its position as the most populous Arab nation and Africa’s third most populous country behind Ethiopia and Nigeria. – AFP

The United Arab Emirates has restored mail services with Qatar after severing them in 2017 as part of a regional campaign to isolate Doha, accused it of backing radical Islamists. Representatives of four boycott countries met a Qatari delegation in Bern, Switzerland, in January to discuss the reestablishment of postal links. Only the UAE has so far agreed. – AFP

Plenty of V-day fish in the sea for marine vet

William White, a 104-year-old US Marine veteran who earned a Purple Heart in WWII, is celebrating Valentine’s Day this year like never before, surrounded by 70,000 love letters and well-wishes sent from all over the world. The cards and began pouring into notes Stockton, California, after a fellow resident launched a social media campaign called ‘Operation Valentine’, with an initial goal of 100 letters to honour White. – Reuters

A team of British scientists believes they have become the first to start animal testing of a vaccine for the new coronavirus that has killed more than 1,000 people. Researchers at Imperial College London said their ultimate goal was to have an effective and safe way of halting the spread by the end of the year. – AFP

Baghdad, Iraq, woke to the city carpeted in white by only its second snowfall in a century. The last recorded snowfall in the city was in 2008, but it was a quick and mostly slushy affair – and before that, it had been a century since Baghdad saw any flakes. Iraqis young and old said it was the first time they had ever seen snow falling in Baghdad. – AFP

Chinese firm to harness the Nile

A Chinese firm has applied to Ugandan authorities for a licence to develop a $1.4bn hydropower plant that could potentially expand the country’s generation capacity by 40%. POWERCHINA International Group Limited (PIGL), wants to develop the Ayago Hydroelectric Power Station, located on a section of River Nile between the lakes Kyoga and Albert. – Reuters

Why buy low, sell high causes so much pain and ...

At least 45% of the exposure of property companies listed on the JSE is offshore. This could soon rise to 50%

Got a taste for Greek? Now learn to cook it yourself

Taste-Buds Cook Club teaches you all you need to know

Comporta: Get there, even if you have to go by armchair

SPORTS DAY: Scarra’s got his eye on the wonky Lions scrum

Will it be whippersnappers or warhorses for the T20 cup?

Blasts from the past: Spook hat-trick shakes up Windies