Utility has embarked on a series of court bids to raise power prices, but has just suffered its first setback

Do you find Sona a bit of a drag? Well, just look at it in a new way

Let’s face it, it’s usually the most deflating night of the year. But not any more if you follow these simple guidelines

Book extract: Why I forgave Prime Evil, my father’s killer

True or false: this school is illegal and must be shut down

Since January last year, 64 unregistered schools in five provinces have been ordered to close

Roars of outrage at move to allow wildlife genetic tweaks

‘We have to strike and burn things, only then do we get water’ 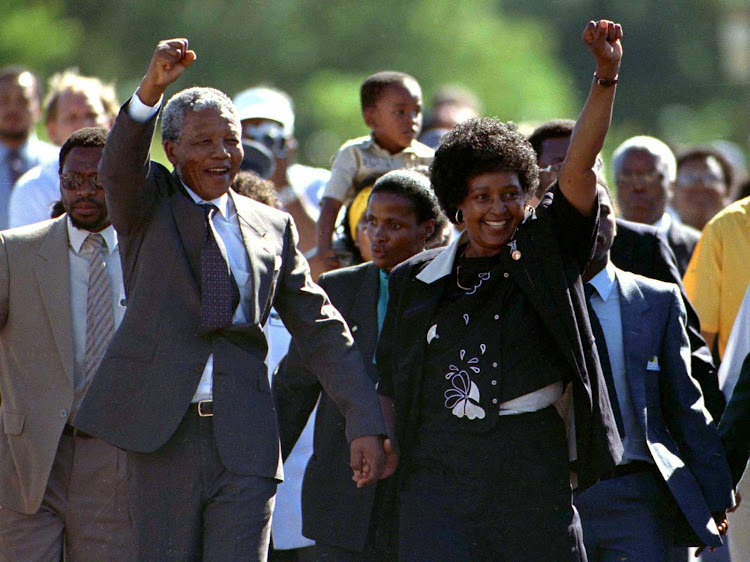 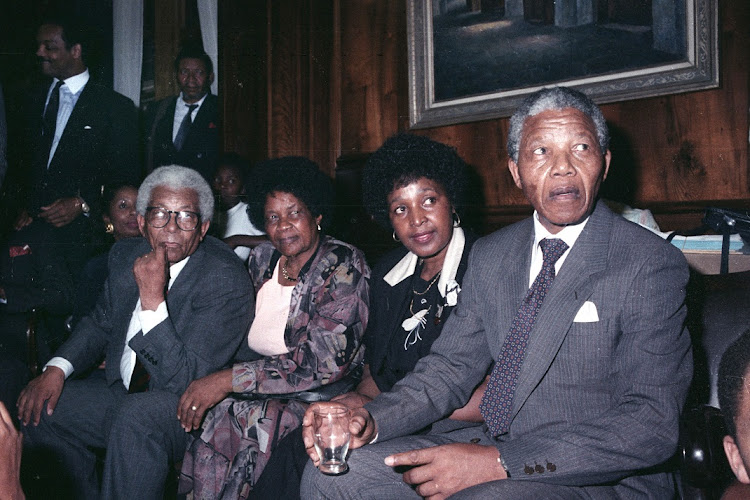 Gauteng education MEC Panyaza Lesufi has repeated a call for spiritual leaders to intervene as more pupils have been reported dead. Within a week, seven pupils have died in tragic circumstances, taking the total deaths to 10 this year. The department said a 17-year-old female matric pupil from Oosrand Secondary School was allegedly assaulted by passengers in a taxi on Saturday. She jumped from the moving vehicle in Germiston, and died at the scene. Meanwhile, an eight-year-old pupil from Durban Deep Primary drowne in flash floods at the Princess informal settlement in Roodepoort on Saturday. The department has sent officials from the psycho-social unit to give counselling at schools and to the bereaved families.

Plans have been put in place to refurbish some of the old buildings at the Shimankana Tabane Hospital in Rustenburg, the department of health said on Monday. “One of the old buildings has, for example, been refurbished for use as an extension of the outpatient department. The district is also advocating for a district hospital in the long term,” said spokesperson Tebogo Lekgethwane. This comes after reports at the weekend that pregnant women are forced to sleep on the floor due to a lack of space in the hospital. Women who recently gave birth at the hospital told Newzroom Afrika they were forced to sleep on hospital benches and in wheelchairs for several days. Lekgethwane said the lack of space was largely due to population growth, an influx of migrant miners, an increase in non-communicable diseases and that the hospital was historically built for “a small white minority during apartheid”.

A mother of four from Soweto, who struggled to make ends meet and was dumped because she did not have a fancy job, is relishing the thought of driving past her ex-boyfriend in her new car. But first, the 35-year-old backroom resident, the latest R114m Powerball jackpot winner, will have to learn to drive and get a licence. Lottery operator Ithuba said on Monday that the winner was taking a chance when she played with R5. She bought a ticket at a cafe in Roodepoort. Speaking of her challenges, she said at times she struggled to make ends meet and sometimes received help from family. She is planning to stop working and spend time with her children. Among other things, she wants to own a house, build her mother a comfortable home and buy herself a stylish car.

Western Cape DA leader Bonginkosi Madikizela will not stand for the position of federal leader when the party elects new leaders in May. Madikizela wrote to party structures on Monday morning saying he will instead seek to retain his provincial role when the Western Cape goes to its next congress later in the year. “I am not withdrawing. You can only withdraw if you threw your name in in the first place,” he said. “People were using the conversation from last time when I said I would consider standing in May, but I never put my name in the hat.”

Transport minister Fikile Mbalula has called for train arsonists to receive harsh sentences. On Sunday, Mbalula visited a house in Heidelberg that was used as a melting factory for cables stolen from the Passenger Rail Agency of SA (Prasa). Two people, one allegedly employed by Prasa, were arrested for cable theft. “The suspects were caught in action, melting rail train cables and other train components at their illegal ‘cash for scrap’ operation,” the transport department said. In another incident, four people were arrested on Friday for burning trains at the Braamfontein train yard in 2019. Mbalula was at the Westgate magistrate’s court waiting for them to appear in the dock on Monday. The department said R1bn had been lost due to the torching of trains, vandalism of power stations, public disorder, train collisions and floods.

A 24-year-old student at the University of Fort Hare (UFH) has been arrested in connection with the death of her “close friend” at the university. Yonela Boli, 24, an MSc geology student, died at Victoria Hospital in Alice after being stabbed in the early on Saturday morning. A senior university official called the student’s death an unwelcome case of gender-based violence, while an SRC leader called on the university to urgently implement mental health support systems for students. Department of health spokesperson Sizwe Kupelo said Boli arrived at hospital about 4am on Saturday with a stab wound in his back. “He went into cardiac arrest on the way to an X-ray examination at 5am. Resuscitation attempts failed and he was pronounced dead,” he said. UFH said Boli and the suspect were registered students. The suspect is expected to appear in court on Tuesday. 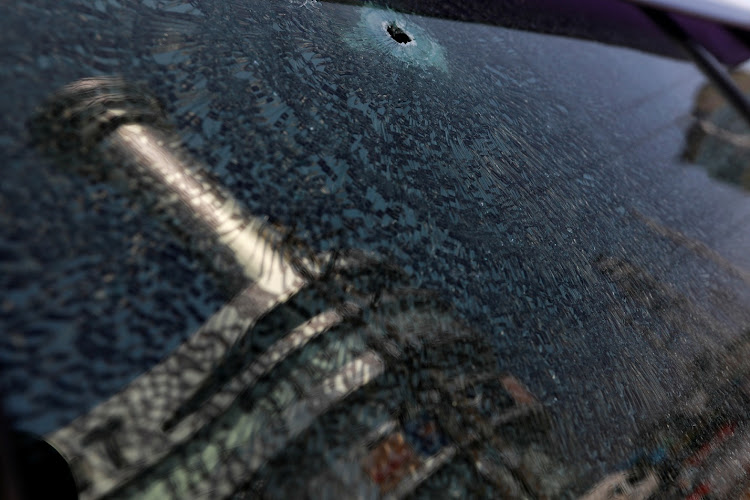 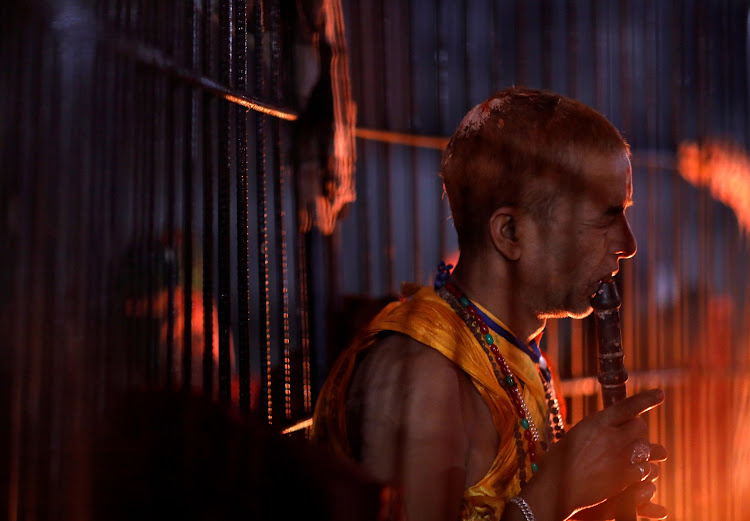 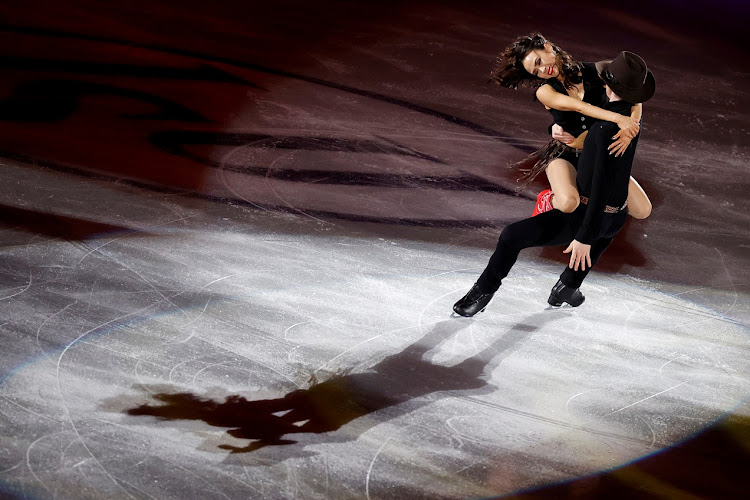 Malaysia on Monday said it has yet to decide on launching a new search for Malaysia Airlines flight MH370, which went missing with 239 people on board nearly six years ago. Malaysia’s ministry of transport said it has not received any new credible evidence to initiate a new search. “However, the ministry will review any new evidence that it officially receives,” it said in a brief statement. - Reuters

The director of elections of Ireland’s centre-right Fianna Fail party on Monday said it was “completely premature” to talk of forming a coalition government with Sinn Fein, but said it would talk to its left-wing rival. “We certainly will engage with them. We’re not going to refuse to talk to them,” Dara Calleary said. “But let’s be in no doubt that those policy difficulties and those principles are still difficult hurdles.” - Reuters

Sixty-six new infections of the coronavirus have been confirmed on board the Diamond Princess ship off the coast of Japan, the ship’s operator, Princess Cruises, said. Japanese health officials had confirmed that among the new infections there were 45 Japanese nationals, 11 Americans, four Australians, three from the Philippines and one each from Canada and Ukraine, the company said. - Reuters

Flowers for victims of Thai shooter

Mourners left flowers and written messages in front of the Terminal 21 shopping centre in northeastern Thailand on Monday, a day after the end of a disgruntled soldier’s shooting rampage that killed at least 29 people. A candlelight vigil was held on Sunday night as Buddhist monks led prayers and people laid down white flowers in memory of the victims of the attacker, who hit four locations around the city. – Reuters

Three-year-old independent film distributor Neon upstaged the traditional Hollywood studios and streaming giant Netflix Inc on Sunday to grab the coveted best picture Oscar for South Korean have-and-have-nots tale “Parasite”. Netflix, which had led all distributors going into the ceremony with 24 nominations, missed out on best picture for a second time. Its drama “Roma” was a leading contender last year. This year’s “The Irishman” ended the night without any Oscar trophies. Overall, Netflix scored two golden statuettes, for best supporting actress and best documentary feature. - Reuters

Philippines government lawyers moved on Monday to strip the nation’s biggest media group of its operating franchise in what campaigners branded a fresh attack on press freedom under President Rodrigo Duterte. Duterte has repeatedly pledged he would stop the broadcast operations of ABS-CBN, which drew his anger during his rise to power in the 2016 presidential election campaign. He accused the network of failing to air his 2016 campaign adverts and not returning the payments, and has since singled it our for ire in his speeches. - AFP

Conscious of your conscience? When it’s time to break ranks

Once persuaded away from your principles, you can’t come back – it takes but a penny to make a whore

Business rescue will involve tough decisions about job losses, but it might be the only remedy for some SOEs

Just for the record: Down and out, feeling small? Try this

In South Korea, ‘Parasite’ feels more like a doccie than a movie

Not sure where we’re going, but it could be a fun ride

There is little doubt that the Proteas are a team in transition, but a transformation to what is less clear

Blasts from the past: Mitchell defends title for seventh time