We all know it’ll be painful fixing SAA, Eskom ... except Cyril and Gordhan

Gwede’s plan could just land SA with a second Eskom

Mantashe needs to be far more clear about the implications of his idea, which may do more harm than good

The DA has to ‘win again’, says Mbali Ntuli ahead of key election – and she believes she can make that happen

Is your new car going in for fix after fix? Here’s what to do

As he takes the African Union chair, Ramaphosa also slams outside interference in African affairs

The local industry had pinned its hopes on a big boost from the Chinese. Now it can only hope for a vaccine

Vaal River fix cost an army and a leg ... but then funds run dry

They wrote it this week: Guess what gave the ...

EFF leader Julius Malema says his party will continue with its plans to disrupt President Cyril Ramaphosa’s state of the nation address unless he fires public enterprises minister Pravin Gordhan. Addressing the media in Johannesburg on Sunday, Malema slammed Ramaphosa’s insistence on keeping Gordhan in his cabinet. He said Gordhan, together with former Eskom board chairperson Jabu Mabuza, had misled Ramaphosa by stating that there would be no load-shedding until January 13 this year — but it was only Mabuza who had fallen because he was black.

The DA wants an “urgent” parliamentary meeting over a reported robbery at the State Security Agency's offices in Pretoria. The Sunday Independent reported on Sunday that an “undisclosed amount of money and sensitive documents have been stolen from the State Security Agency offices in Pretoria, in what is believed to be a politically-motivated inside job”. In the wake of the report, the DA's shadow minister of state security, MP Dianne Kohler Barnard, said that she would request an urgent portfolio committee meeting with the state security minister Ayanda Dlodlo and the State Security Agency. Kohler Barnard said that this was the second serious incident at the agency in recent years.

Two men will appear in court on Monday in connection with the theft of railway lines worth R8m. The thefts took place in Greytown, KZN. Provincial police spokesperson Brig Jay Naicker said members of the provincial non-ferrous task team received intelligence of stolen Transnet infrastructure at a scrap yard situated on South Coast Road in Maydon Wharf, Durban, on Thursday night. The team began following up on leads with regards to the stolen railway tracks and railway sleepers. Naicker said that on Friday morning, the team was joined by officials from Transnet, the Passenger Rail Agency of SA (Prasa) and Telkom, and they discovered tons of railway lines and railway sleepers at the scrap yard.

Mkhwebane digs deep into minister’s past

Public protector Busisiwe Mkhwebane has “resurrected” an eight-year-old case against home affairs minister Aaron Motsoaledi, involving a royal family, a court interdict and a controversial funeral. The apparent case against Motsoaledi, viewed as a close ally of President Cyril Ramaphosa, comes as Mkhwebane faces a process in parliament to remove her from office after a string of damning court judgments questioned her legal ability and her honesty. Her latest investigation relates to a complaint that Motsoaledi allegedly interfered in the family affairs of the Maserumule royal family in Limpopo in 2012. This comes as the public protector is taking legal action against parliament in a bid to halt the process to remove her.

Freedom Under Law has welcomed the dropping of charges against three former Sars employees in the so-called “rogue unit” case. The organisation said it was now looking forward to those responsible for bringing these bogus charges against the three being identified and dealt with. The announcement that the charges against Ivan Pillay, Andries Janse van Rensburg and Johan van Loggerenberg were to be withdrawn was made by the National Prosecuting Authority (NPA) on Friday night.

A University of Fort Hare student was stabbed to death on the Alice campus on Saturday morning. Yonela Boli, 24, a MSc geology student, died at Victoria Hospital in Alice. Eastern Cape health department spokesperson Sizwe Kupelo said Boli had arrived at the hospital at about 4am on Saturday with a 3cm stab wound in his back. Kupelo said Boli was immediately seen by the doctor on duty but died an hour later when he went into cardiac arrest.UFH director of institutional advancement Tandi Mapukata said both Boli and the suspect were registered students. Mapukapa said the suspect, a senior student and close friend of Boli, had been arrested. Provincial police spokesperson Khaya Thonjeni said the suspect would appear in the Alice magistrate’s court on Tuesday to face a charge of murder. 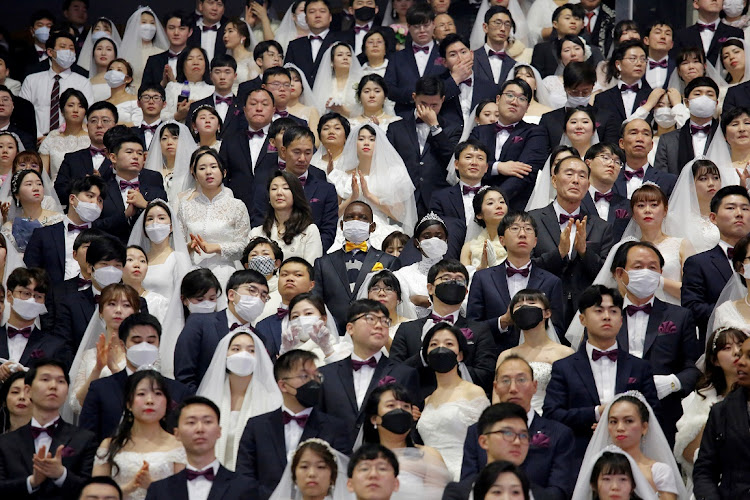 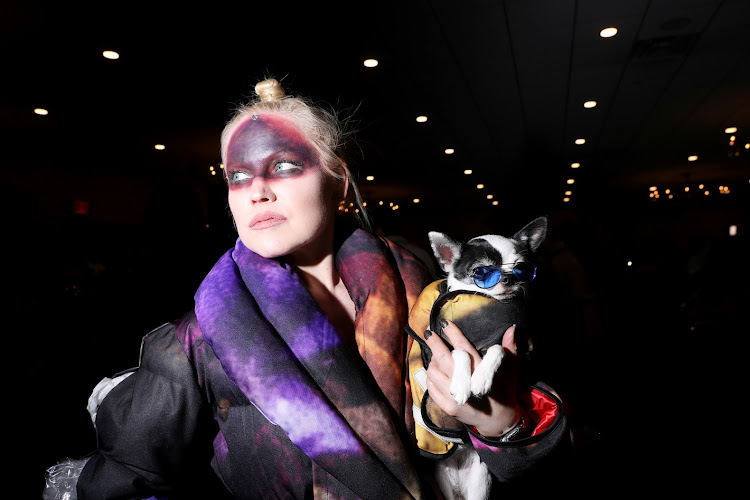 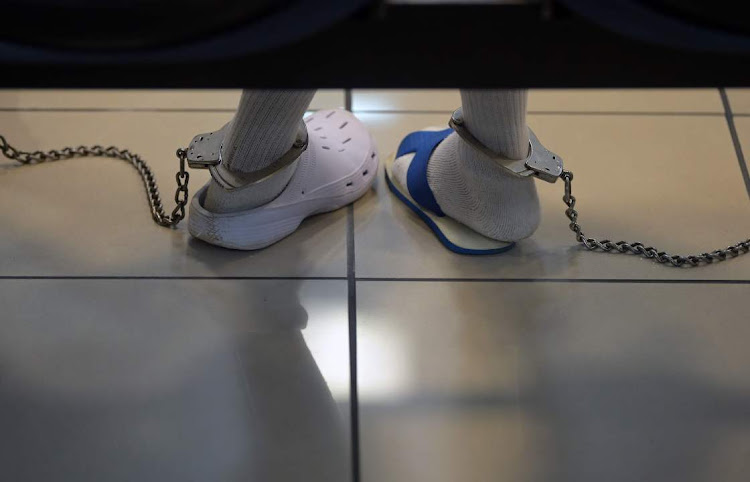 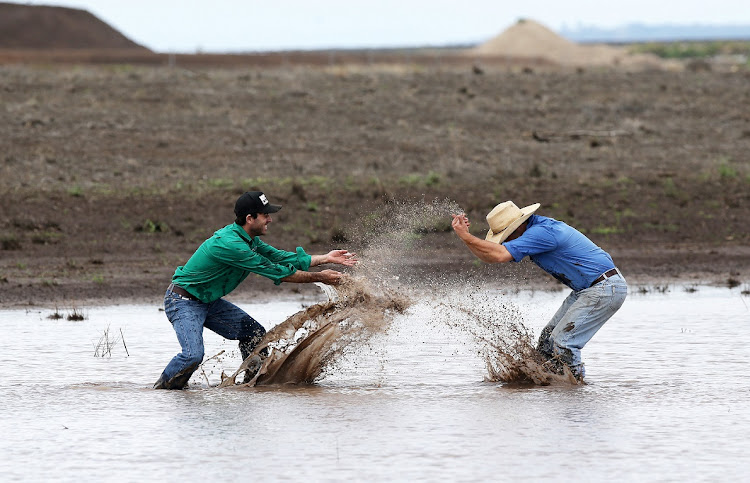 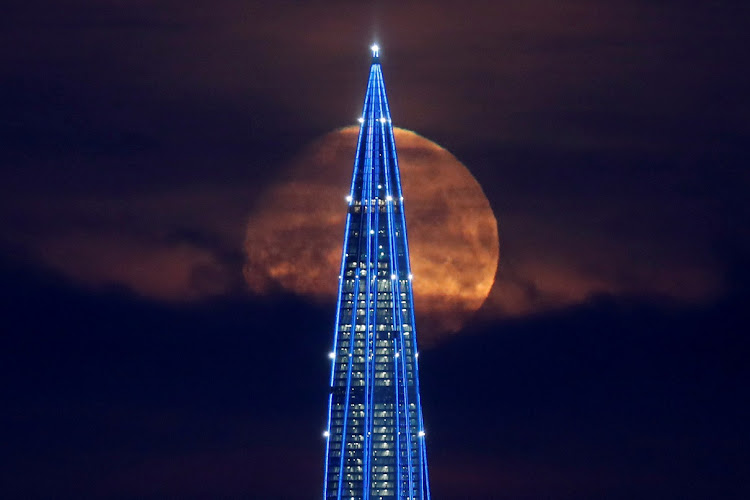 Four endangered mountain gorillas, including three adult females, have been killed by an apparent lightning strike in a Ugandan national park. A post-mortem examination has been performed on the four, including a male infant, who died on February 3 in Mgahinga National Park. The four were members of a group of 17 known as the Hirwa family which had crossed into the Mgahinga National Park in August last year from Volcanoes National Park in neighbouring Rwanda. - AFP

It’s the one award no Hollywood star wants to win. The Razzies unveiled their annual list of the year’s most dreadful movies on Saturday, with the critically slated musical “Cats” at the top - or arguably rock bottom - of the charts. Also racking up the nominations were Sylvester Stallone’s disastrous latest “Rambo” sequel, and “The Fanatic”, a not-so-thrilling thriller starring John Travolta and directed by former Limp Bizkit frontman Fred Durst. – AFP

China’s National Health Commission called for the “reasonable use” of protective suits in a statement on Sunday and cautioned against “excessive and disorderly” use of the clothing that would waste resources and could also increase infection. The statement was issued as China faces a severe shortage of equipment, including suits, masks and goggles, to protect medical workers from infection in the coronavirus epidemic. – Reuters

A Thai soldier who killed at least 26 people, most of them in a shopping mall in the northeast of the country, was angry over a land deal involving a relative of his commanding office, officials said on Sunday. Thai security forces shot and killed the rogue soldier after an overnight standoff at the Terminal 21 shopping centre in Nakhon Ratchasima, where most of the victims of the massacre were killed. – Reuters

Bill Gates to get green-friendly superyacht

For an environmentally conscious billionaire, what better way to combine luxury with your green credentials? Bill Gates has commissioned the world’s first hydrogen-powered superyacht - believed to cost £500m, giving him bragging rights over other ultra-rich seafarers. The custom build is based on blueprints for the 113m vessel Aqua publicised at the Monaco Yacht Show last year by Dutch marine architects Sinot. – Telegraph Media Group Limited (2020)

Prosecutors in Harvey Weinstein’s sexual assault trial have called for his defence lawyer to be reprimanded after she told a reporter ”we have created a society of celebrity victimhood status”. Donna Rotunno’s interview has been referred to Justice James Burke, who had ordered lawyers not to discuss the case in public. “She's calling our witnesses liars and celebrity victimhood status, and it is completely in contradiction to your order,” Joan Illuzzi, the lead prosecutor, said. – Telegraph Media Group Limited (2020)
ANYTHING IS PAWSIBLE Ryzhik the cat, who lost all four paws and got 3D-printed titanium prosthetics in 2019, visits its vet in Novosibirsk, Russia.
Image: Reuters/Vladislav Nekrasov

Save yourself some bother and plan for end-Feb now

Believe it or not, there are ways to raise taxes without pain

Get mines feeding into the power grid, it’s an emergency

Blackouts have dented their output at a time when they could have been generating their own power, they say

What to do when it comes to kids’ stuff (and nonsense)

Blasts from the past: Bafana off in a world of ...